Salima Koroma talks her LeBron James-produced film "Dreamland" on the Tulsa Race Massacre, the challenges of being a Black female director and finding inspiration in the queer classic "Paris Is Burning."

We've seen The Tulsa Race Massacre of 1921 depicted in recent pop culture phenomena Watchmen and Lovecraft Country. Far from fiction, the white race riot is the largest racially motivated mass murder in the history of America. Reportedly, over 300 Black people were killed by an angry, white mob with weapons that included planes that firebombed Greenwood's prosperous Black district. During the Roaring Twenties, Black folks in Tulsa were capitalizing on the oil boom and land ownership. Many were doctors, lawyers, and business owners—until it was all destroyed.

Director and producer Salima Koroma first learned of Greenwood, and other all-Black, wealthy towns such as Rosewood and Wilmington, in college and quickly decided to explore this pivotal moment in American history through a film. However, she was met with a parade of "No, thank yous" until receiving a "Yes, please" from King James—LeBron, that is. In partnership with CNN Films, the basketball legend executive produced Koroma's film, Dreamland: The Burning of Black Wall Street, which debuts on CNN on Monday to commemorate the 100th anniversary of this tragedy.

"It's important for Black people to know the beauty we created in this country," says Koroma, whose first documentary, Bad Rap, followed the lives and careers of Korean American rappers. "I want people to think about what Dreamland, the place, could have been. It was a Black utopia. The 1920s weren't just roaring for white Americans — we also had our own Black Gatsby." 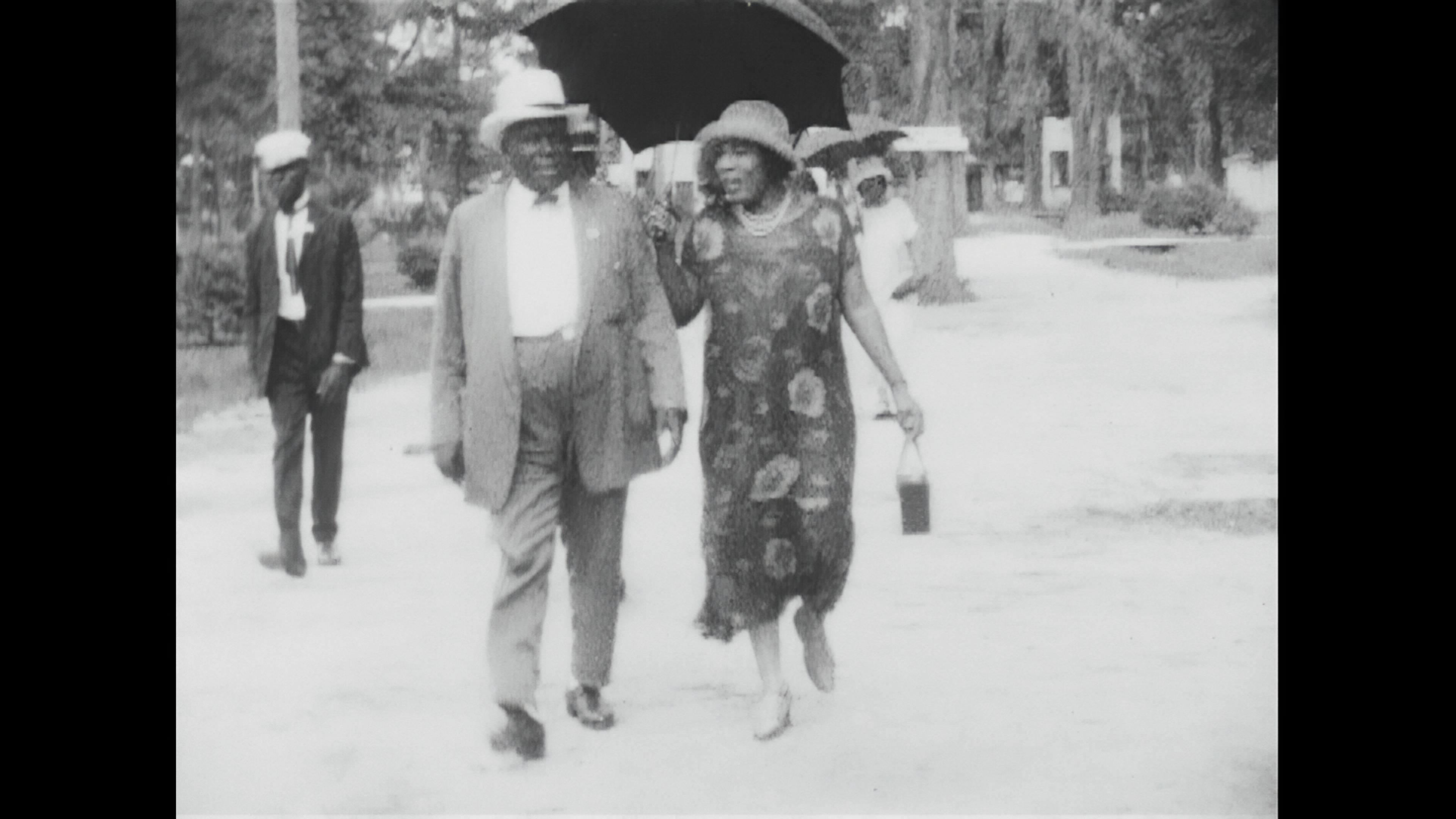 We chatted with Koroma, who spoke candidly about working on a mass Black burial ground, how the Black Tulsans were able to amass wealth, and how Dreamland connects to Paris Is Burning, the most celebrated documentary in queer culture.

Lovecraft Country, Watchmen, and now your documentary all involve the destruction of the Greenwood district in Tulsa, which is the single, most violent and deadly act of racism in this country. Do you think this story will make it from the screens to the schools—in history books?

It wasn't until 2019 that Oklahoma made teaching about the massacre a serious part of its school curriculum. So yes, there's momentum forward, but it's bittersweet. Or, as someone in my film said: "Good grief! It's good because we're finally being able to tell the story, but it's grief because we're just now telling it."

According to your film, Greenwood in the 1920s was Harlem, Bourbon St. New, and "Chocolate City" all rolled into one. Black wealth was copious and flowing. What were Black entrepreneurs in Tulsa doing then that may be different today?

Greenwood's Black Wall Street existed because it was forced to. The 10,000 Black people who lived there weren't allowed to patronize white businesses. They weren't allowed in white schools, banks, etc. They took advantage of the wealth generated by Tulsa's oil boom to sell land and lend money to each other. Money circulated Greenwood over and over and over. They had everything they needed there. I don't have the range to talk about what I think Black business owners can do today, but there's something to be said for "buying Black" in real life and not in theory. 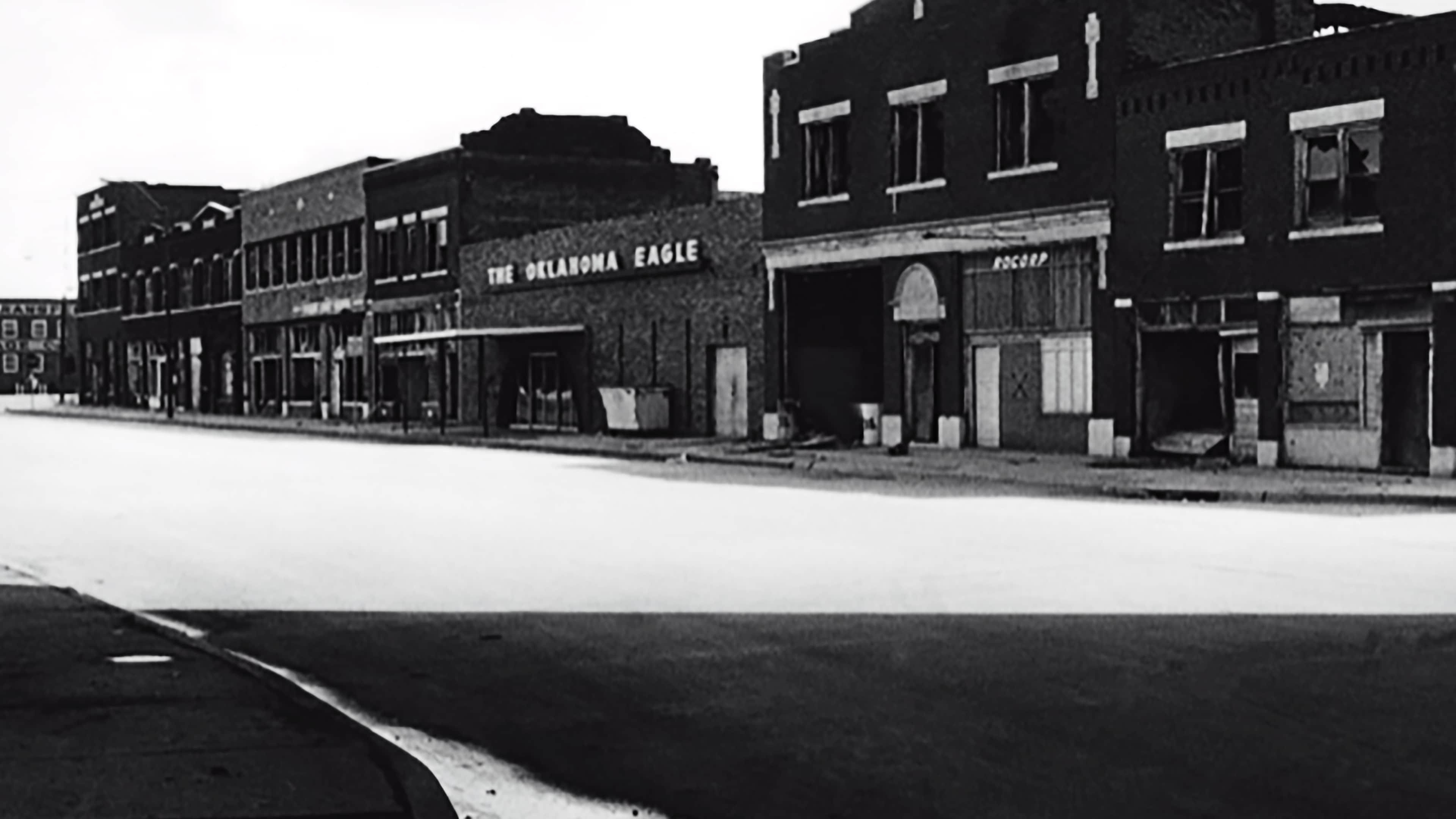 Was it emotionally triggering for you, as a young, Black person, to work for an extended period in what is essentially a mass burial ground and crime scene?

Yes, it was intense. It felt like the buried, the dead, and the ancestors were all there waiting or guiding something to happen. I'm not from Tulsa, but I'm a Black woman. It was spiritual. It was heavy. I cried hella times.

Content abounds that extracts and engages the stories of the Black Tulsans who died amid the violence or survived only to have the potential of their lives stunted. How can we begin to support the survivors and descendants and help ensure that they are compensated for their lived experience?

Push for reparations for the three survivors and their descendants. All of them are documented and have been fighting for years to gain back the generational wealth taken from them. 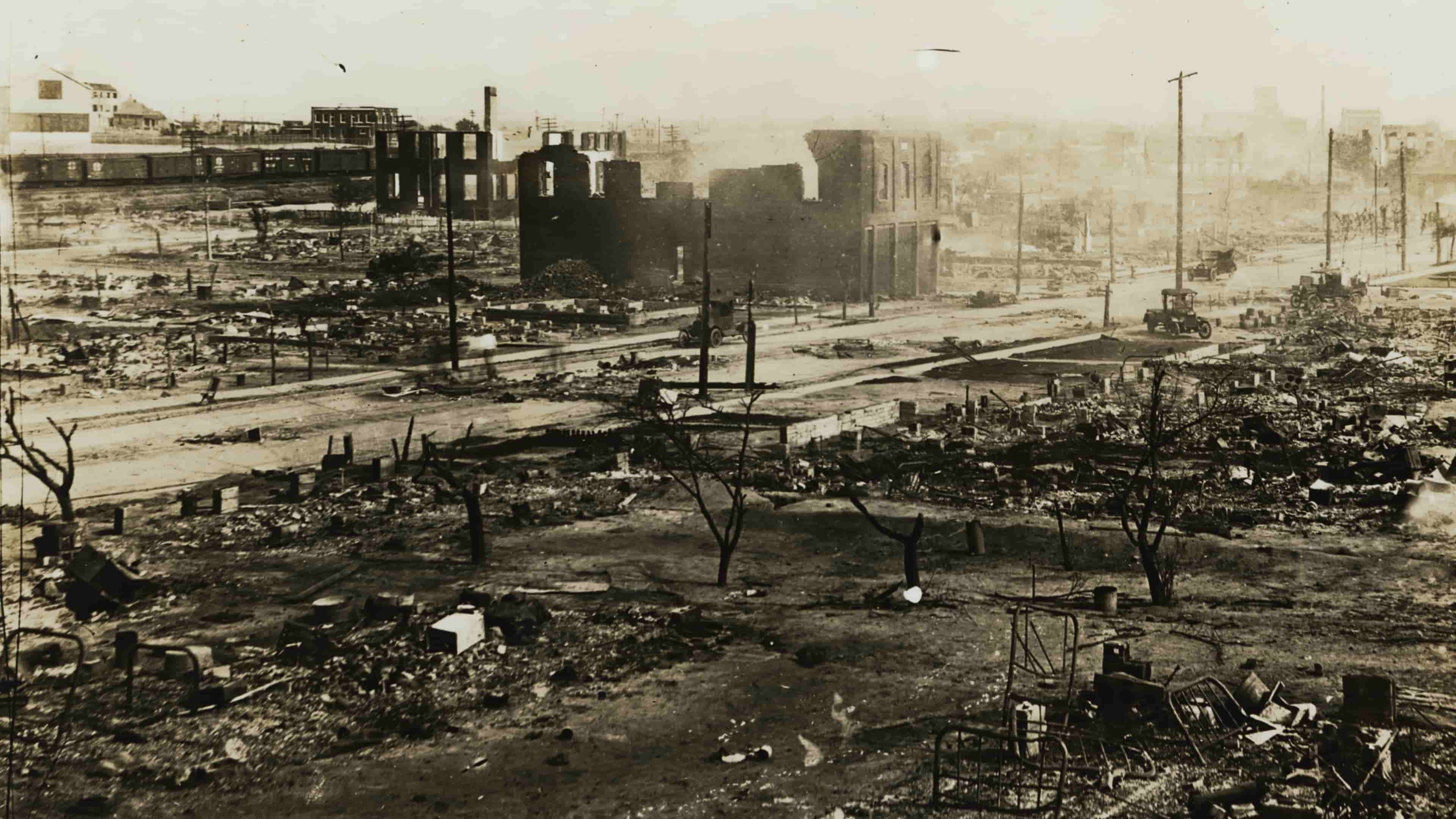 Jennie Livingston's 1991 documentary Paris Is Burning explores the lives of those in the Black and Latinx LGBTQIA+ ballroom community in the late 1980s. It is celebrated for its honest and raw exploration of race, class, gender, sexuality, and more. What do you think of it from a critical point of view?

I don't think I've mentioned this anywhere else: I took huge inspiration from Paris is Burning when I was conceiving Dreamland. My entire Pinterest board is Paris is Burning! The way the interviews were shot felt wildly personal. There was no fancy studio set-up — just characters reflecting to the camera in the comfort of their bedroom, living room. It feels real, intimate, bittersweet, and devastating. Similarly, filming Dreamland, I wanted it to feel natural, so we interviewed in people's homes, on their stoops, while they were doing hair, or at a coffee shop. 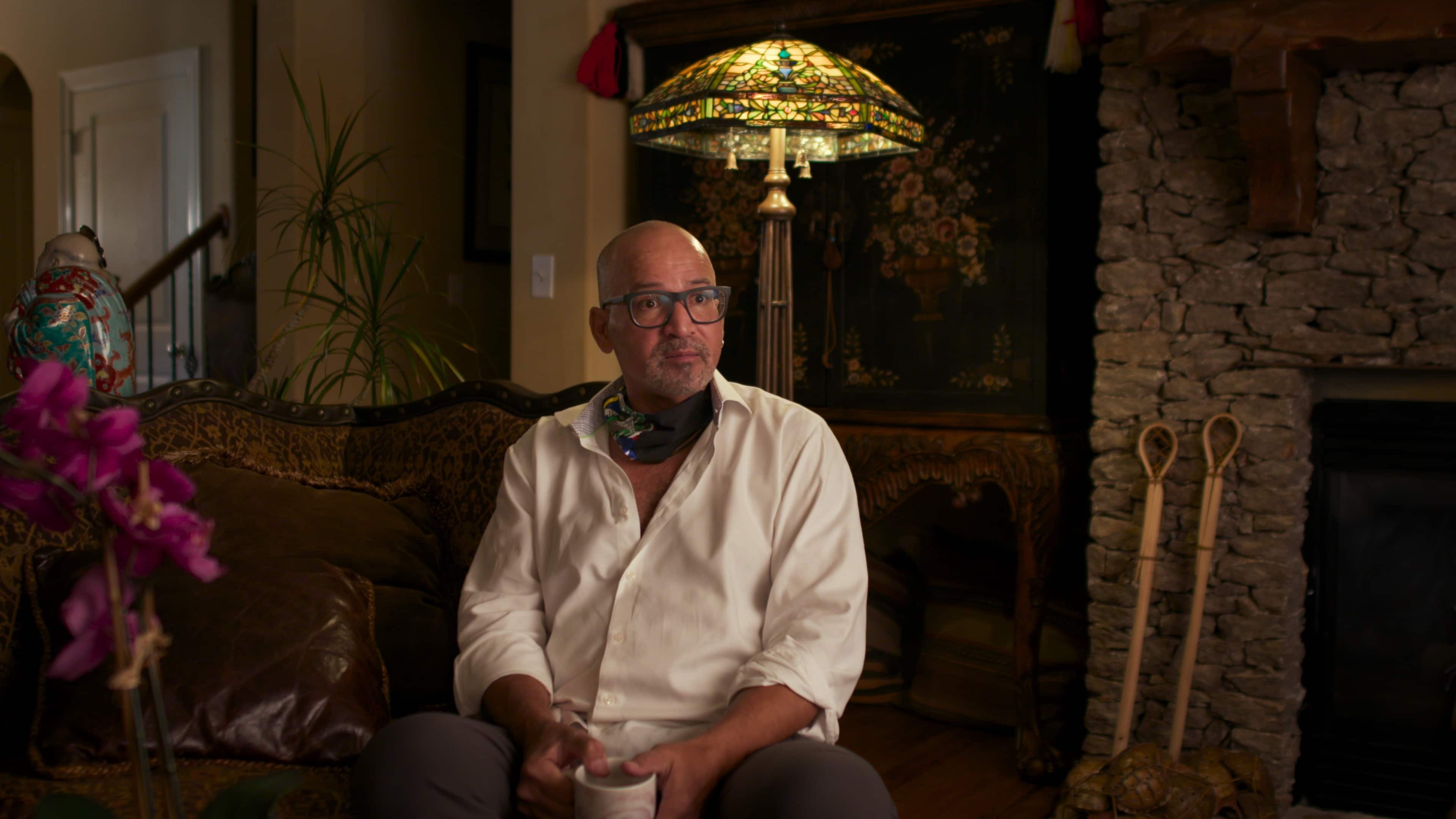 What documentary do you wish you would have made?

A sports documentary for sure. [ESPN's] 30 for 30 did this one called "This Magic Moment" about the 1990s Shaq and Penny Hardaway Orlando Magic team. It was so good! It's about how the Magic were an NBA dynasty in the making, even beating the Bulls in the playoffs in '95. But those docs are never about just the sport itself; it's always about something bigger. And that one asked us to consider what happens to a dream deferred. Plus, it was a super fun nostalgic look back at the 90s, which is always a good idea.

With the masses now making new takes on "documentaries" or "docuseries," are you worried about the genre losing its integrity?

I think of it a couple of ways. On the one hand, today's documentaries have incredible production! Crews of teams are dedicated to telling wonderfully crafted stories about tiger kings and the makings of murderers. In the golden age of docs, stories that wouldn't have seen the light of day 20 years ago are given the shine they deserve — and audiences are better for it. On the other hand, I wonder if Paris is Burning could have been made today. The filmmaker spent seven years making that film. Hoop Dreams, regarded as the best documentary of all time by the International Documentary Association (and doc heads alike), took five years, and it was a 3-hour film! I don't know that people who finance documentaries want to wait years for a movie that may or may not do Fyre Festival documentary numbers. I'm not convinced that you could have a Paris is Burning or Hoop Dreams today.