America Has Dealt Black Elders A Crappy Hand. Now, Some Want Compensation And They're Looking At Biden.

As the old saying goes, "when white people catch a cold, Black folks get pneumonia."

According to the Center for Disease Control (CDC), Black Americans within the 65 to 74 age range are five times more likely to die from COVID-19 as their white counterparts. As of September 15, 2020, the mortality rate for Black elders was 3.4 times higher compared to non-Hispanic white people, as captured by a SAGE report.

But the pandemic was incredibly far from an isolated incident when it comes to the inequities faced by Black elders -- a generation which has survived decades of an ongoing pandemic: racism. Multitudes of Black senior citizens have lived lifetimes that have seen blatant bigotry, limited career opportunities, low income, discriminatory housing practices and medical negligence among other horrendous and intentional forms of neglect.

As of 2019, Black elders accounted for 18% of older adults living in poverty according to the Congressional Research Service.

"When you look at our older generation, they have contributed so much," Karyne Jones, President and Chief Executive Officer of the National Caucus and Center on Black Aging (NCBA) and member of the Diverse Elders Coalition (DEC) said to Blavity. "They played a huge role in the civil rights movement and many of them have broken barriers. Even though we've seen progress in many ways, unfortunately, we're still seeing so many of those injustices."

Both the NCBA and DEC seek to protect and advocate for Black senior citizens.

So much so, the latter has developed a proposition for President Joe Biden: give $450 million of the $400 billion allocated toward elder care in the American Jobs Plan, to projects that will benefit older adult communities of color. Currently, the money's being designated for enhancing home and community-based services for older adults. Home care employees are also receiving a pay raise and a subsidized job program would be established to recruit and retain workers.

"We need to be able to access grocery stores, go to various appointments and also navigate the digital era," said Pat and Paulette Martin, a Black and gay married couple. 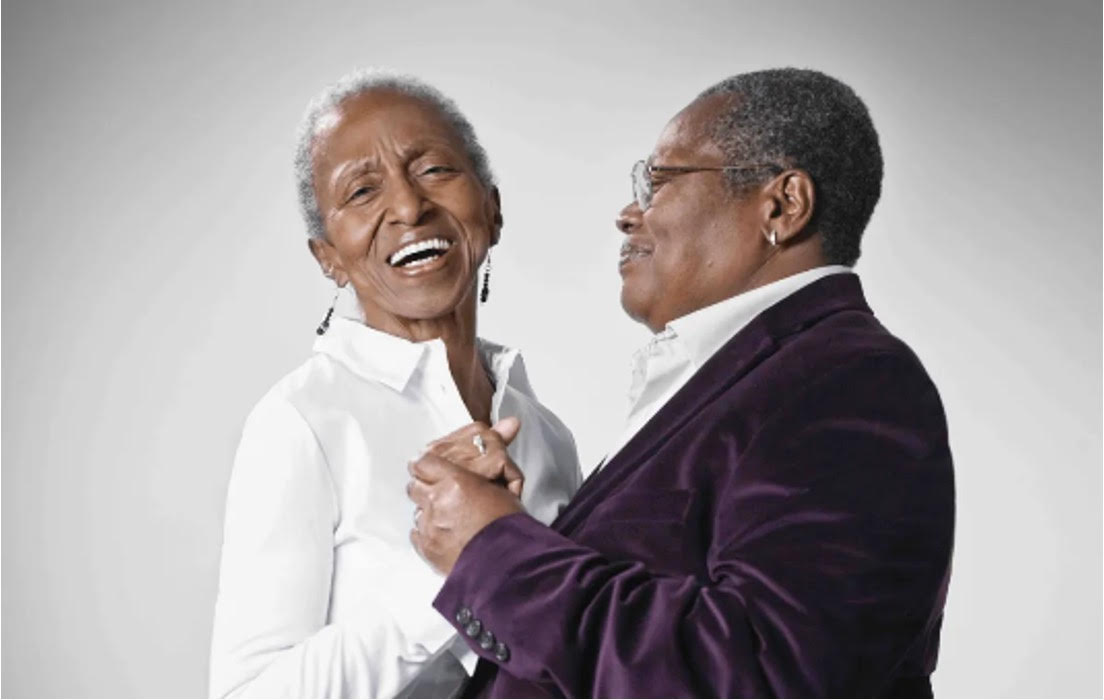 The coalition says the pandemic also highlighted the extent to which the digital divide has been racially informed. A 2014 study found that whereas 51% of white seniors have broadband, only 30% of Black elders do.

"A huge misconception people think about the senior community is that we don’t want to adapt to the new era of digital technology," the couple continued. "That’s not true, we want the same benefits everyone else has and our age shouldn't be a concern or viewed as a burden...It’s about time we start getting the attention and consideration we have not only been asking for, but honestly deserve."

Pat pointed to the U.S. medical system as a dire focal point of the requested compensation.

"The quality of care for seniors of color has always been lacking and of a lower standard because they rely on medical providers who are reimbursed through medicaid and medicare who pay the bare minimum to participating doctors," Pat continued. "The proposed aspects of the American Job Plan's contribution of an additional $40 billion annually will hopefully pay medical providers at a higher rate, encouraging them to provide a higher level of care to those persons in their care, mainly seniors of color."

Her words are evoke the death of Dr. Susan Moore, a 52-year-old Indianapolis physician who died of COVID-19 after lamenting doctors' treatment of her on social media. She said she requested additional doses of Remdesivir, what's been considered a life-saving treatment for patients with COVID, and was denied.

In the post, she wrote that she was "scared" and at a loss for what to do.

"I don’t trust this hospital, and I’m asking to be transferred,” Dr. Moore continued. “This is how Black people get killed. When you send them home and they don’t know how to fight for themselves.”

Days later, she succumbed to the illness.

Dr. Moore's case was far from an anomaly. Racial bias is a widespread and life-threatening phenomenon in the medical field. It's one reason that Jones says this money is long overdue.

"This isn't a payback, this is what they should be doing," Jones went on. "This is a community that has certainly paid its dues and should be--not rewarded--what they've always deserved to become a thriving society. We're not asking for extra, we're asking you to just be fair."

"The United States has a documented history of marginalizing Black people--regardless of age. Jim Crow laws were a collection of state and local statutes that legalized racial segregation," she continued. "The laws -- which existed for about 100 years, from the post-Civil War era until 1968 -- were meant to exclude Black people from fully participating in civil society -- denying them the right to vote, hold jobs, get an education or other opportunities. Those who attempted to defy Jim Crow laws often faced arrest, fines, jail sentences, violence and death."

Although DEC hasn't yet received a response from the 46th president, Jones isn't relenting in her fight for Black elders.

"Each generation has different challenges," Jones said. "But the one thing I can say about African Americans is that we continue to be resilient and moving forward and I'm so proud to be a part of people who do it so well."

"We'd like for more LGBTQ legislation that protects the aging as well," Paulette said. "Growing up in the Black LGBTQ+ community, we experienced and quite frankly still experience multiple levels of discrimination. Yet, there's an entire network of us who still remain active in fighting for our rights. We'd like President Biden to work with us directly so he knows how to best represent us in Washington."