Do You Know Where Your Ancestors Are Buried? Here's How You Can Preserve Their Legacy.

Finding ancestors is a costly scavenger hunt that begins with geological testing, record searching and either a friendly landowner or a nearly unattainable $20,000 piece of equipment and a search warrant.

In a recent episode of the Louisiana-based OWN hit television series Queen Sugar, 150-year-old bones were discovered in a sugar cane field. Somewhere in actual Louisiana, a completely visible skull, first reported in 2015, still creeps up from under the rubble of a forgotten historically Black cemetery.

Since the inception of American slavery, thousands of ancestors' graves have gone unaccounted for as modern civilization has further buried the graves under businesses, farms and other properties, leaving their remains to be destroyed by natural and manmade disasters.

Historian and genealogist Ja'el Gordon, who has been uncovering and preserving forgotten gravesites for more than 20 years, said that lack of cemetery upkeep is the most common form of destruction she's seen in her years of doing this work. 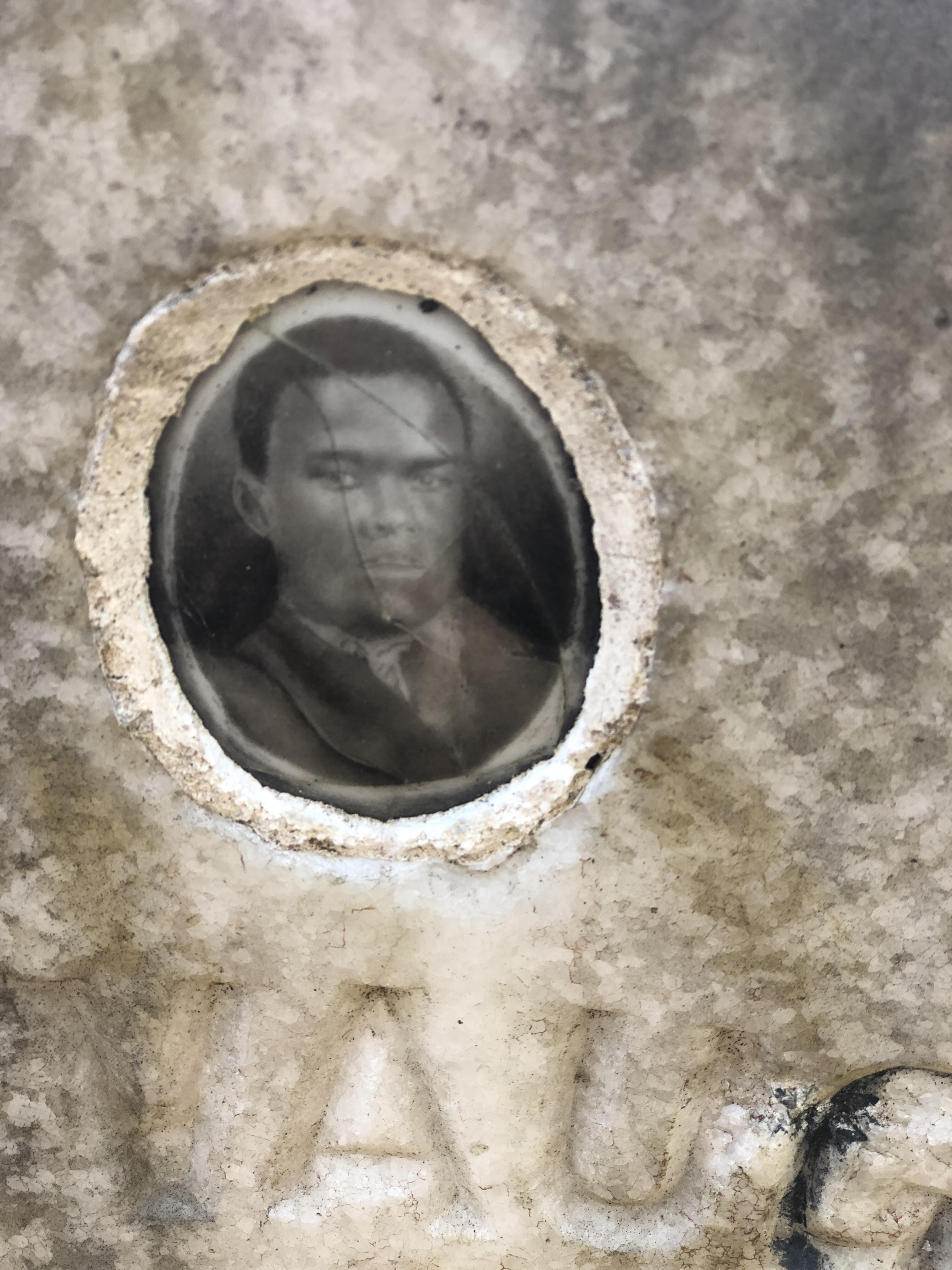 "Stones broken, graves sunken in," Gordon said. "Year after year, no true upkeep. What about the casket and skull I'm clearly able to see without even straining to do so?"

Apparently, being able to easily see remains above gravesites is not isolated to one incident. Gordon recalls finding a grave from 1970 with visible bones.

"I was furious that I could literally see this lady's skull and sternum," she said. "I called a councilperson and informed him of what I saw. The sad part is, he seemed more interested in making this a part of his political agenda towards community popularity and self-gain than truly caring."

Ah, the politics of it all. While it sounds very Queen Sugar-ish, the state of Louisiana is actually rife with for-profit structures built atop of forgotten cemeteries. Finding ancestors is a costly scavenger hunt that begins with geological testing, record-searching and either a friendly landowner or a nearly unattainable $20,000 piece of equipment and a search warrant. 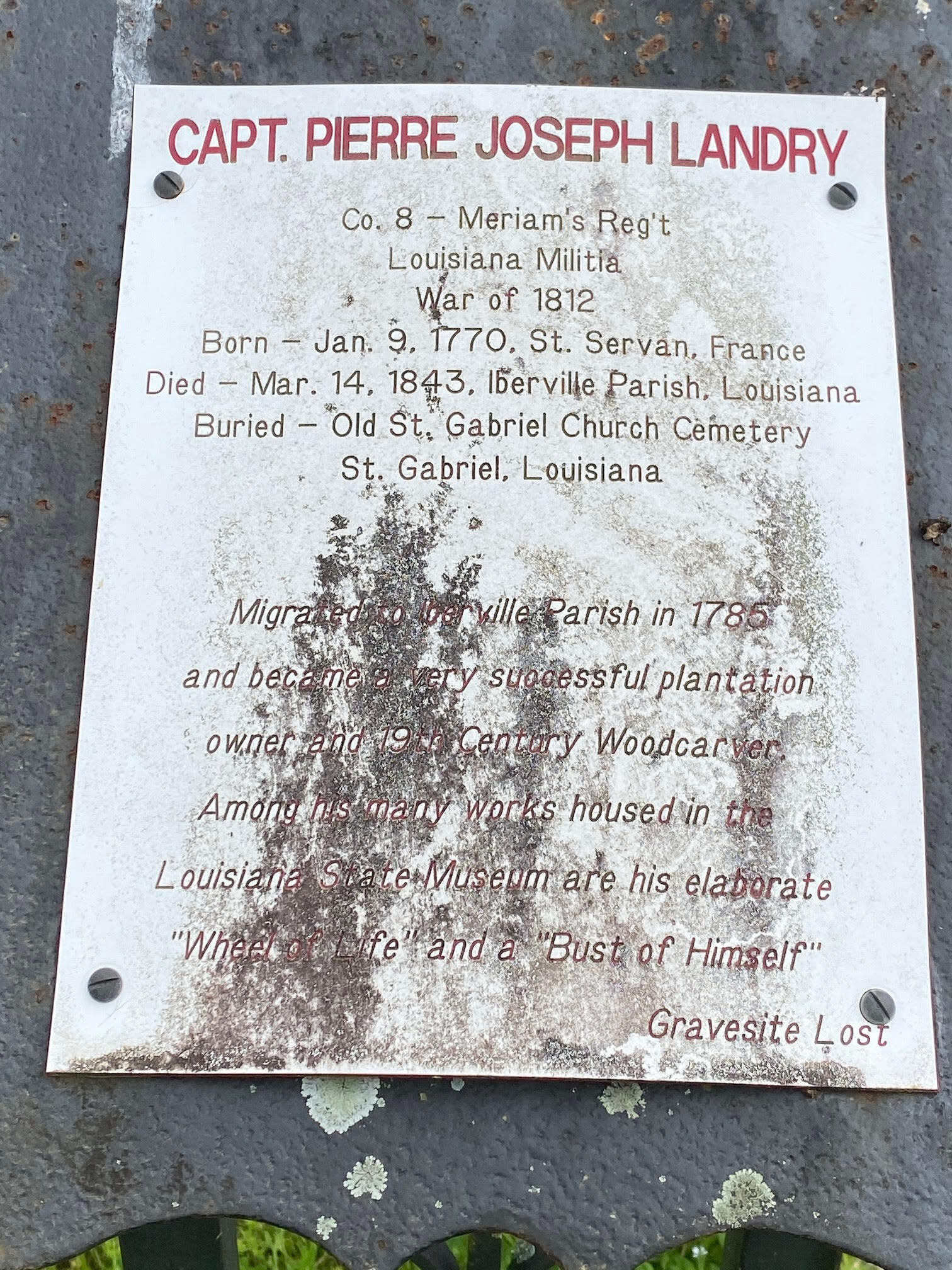 Gordon found the grave of her great-grandmother by way of an old map, a trip to Mississippi and a friendly landowner willing to drive her to a remote end of his property.

"Imagine meeting up with an old white guy I didn't know from Adam and hitching a ride into the woods on the back of his old Ford pickup truck just to find an old cemetery," Gordon said. "Sure enough, a few miles back, we saw a few stones toppled over. Before it got dark, I was able to find [my great-great uncle's] grave. Kneeling and paying homage to his resting place, I looked over a few yards and I saw it — my great grandmother's grave. Eula Vaughn. I hit gold. No one knew! She had been out there since 1932 and no one in the family knew. I'm ever grateful to this gentleman because he could've said no as many people with cemeteries on their property do."

The people who usually say no are the big businesses. According to Gordon, thousands of Black gravesites are missing in an area that is almost completely overrun with chemical plants. The plants surround a small historic church with so few headstones it hardly meets the count for the number of people who are said to be buried in the area.

"Syngenta Plant in St. Gabriel, Iberville Parish, Louisiana, used to be Evergreen Plantation," she said. I have scoured the church cemetery as well as the other cemeteries in St. Gabriel to try to find information on where the enslaved were buried to no avail. Though there are historic figures buried at the Catholic church, there does not seem to be any sign of an enslaved person. The area that the St. Gabriel Catholic Church is in seems to be missing a lot of possible burials."

Enslaved people in Louisiana were permitted Catholic burials, as they were often baptized as such.

Gordon said it is now her quest to locate these missing gravesites, however, she has not been able to obtain access.

"The most critical setback is not being able to get access and assistance from Syngenta Plant as these burials have a good probability of being under their site structures," she said. "The church has been moved about three times, so the slave burials could be anywhere on this stretch of road or even under the levee. There's absolutely no way that of all the thousands and thousands of enslaved people that lived there, died there, are nowhere to be found."

For another Louisiana native, finding her ancestors came as a huge surprise.

While watching the local evening news one day, Jessica L. Tilson realized she was a direct descendant of the GU272, the group of enslaved people sold to Louisiana by Maryland Jesuit priests in an effort to raise money to construct Georgetown University in 1838.

Tilson said she found the revelation both shocking and heartbreaking.

"It was shocking because I thought I was related to one enslaved person, however only to find out I am related to nearly all of them that was sold," Tilson said. "Heartbreaking, because most Black people can go no further than the 1870 Census, but here I am able to go back as far as the mid-1700s."

This fueled her mission to seek out and care for the gravesites of her newly-discovered ancestors.

"Me and my two daughters, Jessica and Jessalynn, would go around Maringouin, Louisiana, and surrounding areas to identify and preserve the burial spots of not only the GU272 but other enslaved people."

This is a course of action Gordon strongly recommends — tending to the gravesites of your ancestors.

"Unfortunately, life happens and people pass away, and they pass without telling relatives [stories about] their ancestors [or locations of their] burial spots, so the dead get lost in the shuffle of time," Gordon said. "Other times, it's the lack of money that prevents families from being able to properly take care of the graves. Then there are those who feel it is not their responsibility. This thought comes to a head when they find out in the long run that something has happened to their ancestor or relative's grave, then all hell breaks loose. Sometimes caring comes too late."

Tilson, however, feels it's the responsibility of every Black person to invest in the upkeep of enslaved ancestor graves.

"We need to stop waiting on others to preserve our history, we should do it ourselves," Tilson said. "Everyone has a story to tell. Our cemeteries tell the tale of how we were valued. The cemeteries show the history of this country when it comes to the treatment of Blacks. Our burial sites are like our HBCUs, they are ours, why not preserve? Black historical cemeteries should be treated with the same respect as that of HBCUs."

As All Saints' Day approaches, the two women encourage readers to consider visiting or attempting to locate the remains or gravesites of enslaved ancestors, or even visiting any uncovered historically Black cemetery that could use a good bit of TLC.

"Cemeteries are not creepy as many like to suggest," Gordon said. "They are where we find the best stories. And we owe it to our ancestors to not only tell their story but to find them. This may be the only place they actually had of rest and they are deserving to be found and taken care of."

If you are interested in helping to preserve a gravesite, Gordon suggests getting more involved in your family histories, researching old Black churches and funeral homes, and donating to people or groups who are doing the work. But most importantly, she wants people to stand up to big businesses.

"Research community groups that are fighting against big businesses that are building on lands where our ancestors are buried," she said. "Fight them!"