From Bush, to Obama, and presently with Trump.

The federal agency known as the Immigration and Customs Enforcement Agency (ICE) has received increased criticism over the years for its surveillance of people of color, its cruel and inhumane treatment of detainees — including the detention of U.S. citizens. Despite public reproach, the agency continues to grow in size, gaining sweeping authority as a well-funded system.

With much debate over immigrant rights and the infringement of U.S. citizens' civil rights, how did ICE accumulate this much power?

Originally, all immigration matters were carried out by the Immigration and Naturalization Service. However, in 2003, born out of post-9/11 national security concerns, the federal government reorganized to handle security matters. The newly established Department of Homeland Security (DHS) housed a number of agencies which included the newly established ICE, Customs and Border Patrol (CBP), and the United States Citizenship and Immigration Service (USCIS). ICE also divided into two branches: One infamously known for immigration enforcement and a separate branch for cases related to counterterrorism, drug trafficking, and more, known as Homeland Security Investigations.

As a historian María Cristina García has argued, the transition of immigration matters to an agency like DHS reveals the place of immigrants in U.S. society. On June 27, 2003, ICE announced “Operation Endgame” — a multi-year strategic plan which aimed for the “removal of all removable aliens.” Anthony S. Tangeman, director of the Office of Detention and Removal declared in the memorandum “we must strive for 100 percent removal rate.” 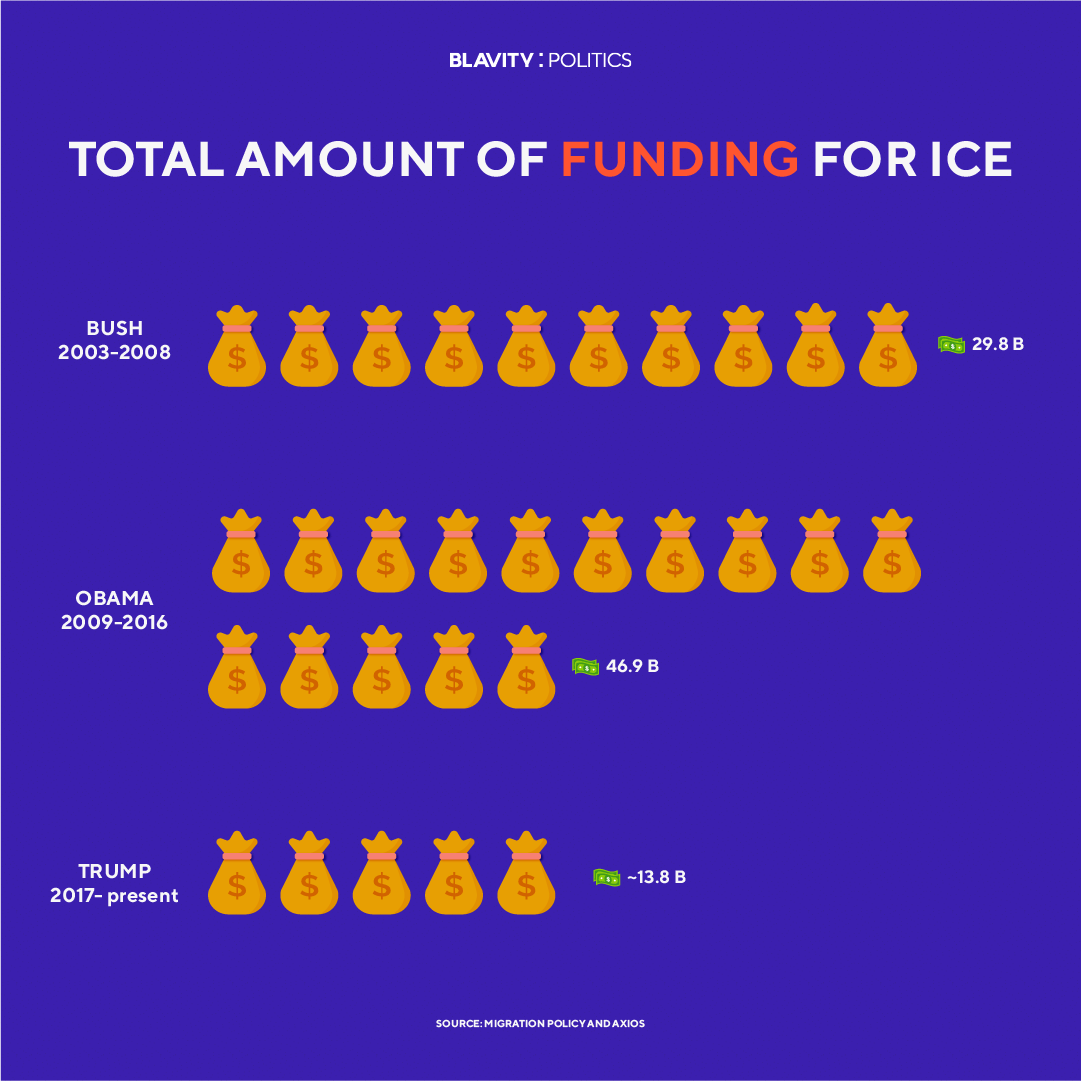 Toward the end of the Bush administration, DHS established the Secure Communities Program; which shared the fingerprints of imprisoned individuals with immigration authorities and then deported them regardless of their immigration status. Deportations could be triggered for low-level infractions including driving with an expired license, failing to stop at a stop sign, or trespassing.

The “War on Terror” created, through manipulation of facts, a new era of anti-immigrant sentiments in the United States.

The Obama administration promised immigration reform within the first 100 days of his administration. This promise never came to fruition, despite the fact that Democrats controlled the White House, the Senate, and the House. Instead, Obama aggressively accelerated the machine and system of deportation passed down to his administration. As a result, the raids and deportations carried out earned him the title of “Deporter in Chief” by many immigrant activists.

The Department of Homeland Security Secretary Janet Napolitano greatly expanded the Secure Communities Program. In 2010, DHS announced it had “expanded the Secure Communities initiative from 14 to 544 jurisdictions in the past 18 months, and DHS plan[ned] to expand the program to every law enforcement jurisdiction in the country by 2013.” However, the program further eroded community cooperation with law enforcement agencies, and critics say it did little to keep communities safe. As a result, the Obama administration terminated the program in 2014 and replaced it with the Priority Enforcement Program.

Not until his second term, as a result of persistent advocacy from undocumented immigrant youth activists, did the administration give in to pressure and created the Deferred Enforcement for Childhood Arrivals (DACA) and Deferred Enforcement for Parents of Americans (DAPA). The latter program did not hold up in the courts. Nonetheless, the success of DACA has been championed as a highlight of his years in the White House; though it came at a high cost, attempting to assuage the damage of the administration’s “Felons, not Families” campaign.

By 2012, the U.S. government spent more on immigration enforcement than any other law enforcement agency combined, approximately $18 billion. 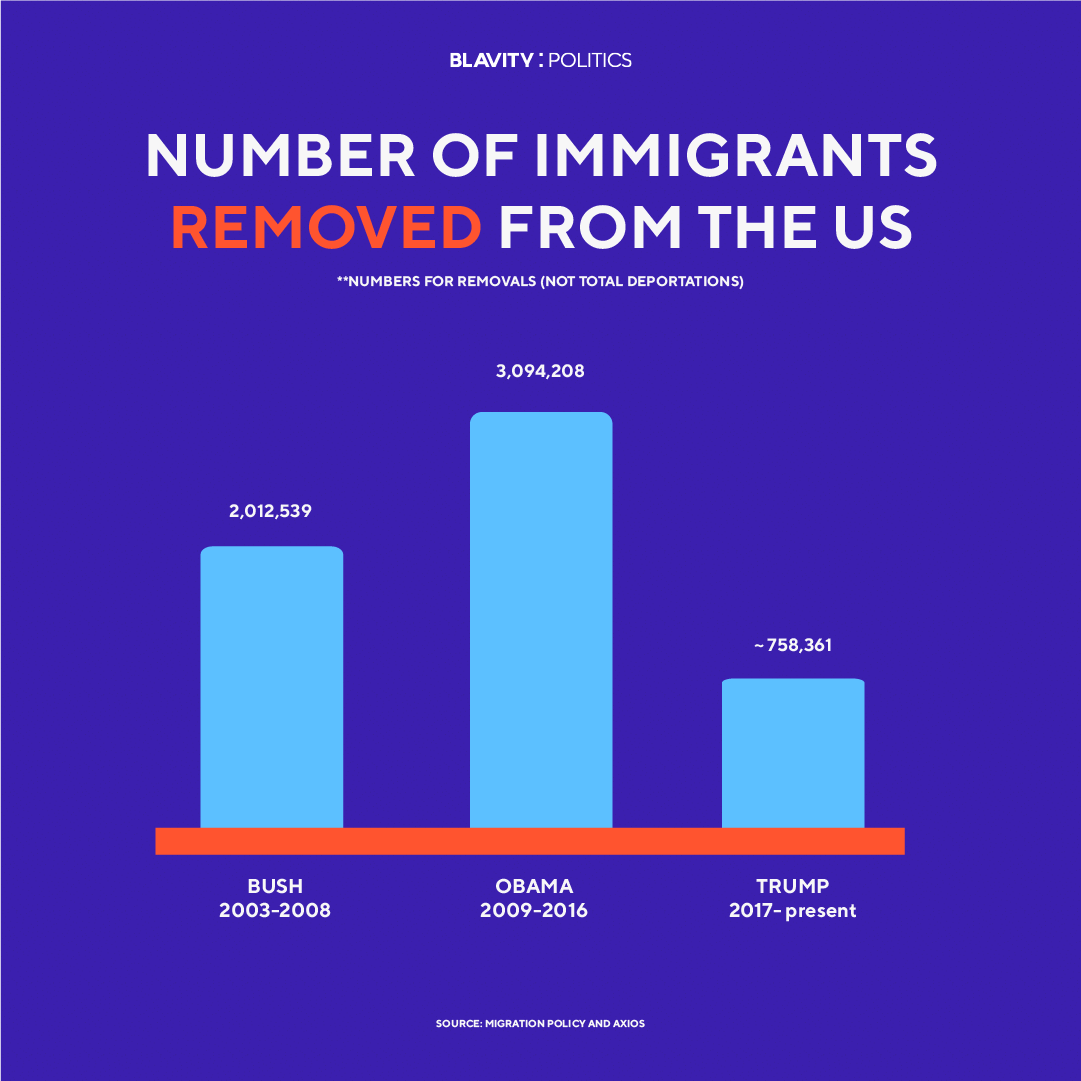 Running on campaign promises to effectively close U.S. borders, the Trump administration’s assault on immigrant communities has rested on the work of his predecessors. Within days of the beginning of his administration, Trump signed a series of immigration-related executive orders.

Most notably, one executive order greatly expanded ICE authority by granting agents discretionary power of anyone suspected of committing a crime or being a public threat. Though the administration claimed their efforts targeted “convicted criminals,” the language of the executive order has made a much wider population of people vulnerable to ICE. Critics have claimed this expansion of ICE authority will contribute to increased racial profiling.

The Trump administration has increased the frequency of workplace raids and also announced nationwide raids. Officials stated the raids would target people with orders of removal. The sweeping authority of ICE agents and the likelihood communities of color would come under increased surveillance galvanized intense pushback from immigration activists.

The detention and cruel mistreatment of migrants at the southern border is intimately tied to Trump’s broader administrative agenda. Changes in the asylum process, lower refugee admission, funding new detention camps, slowing down the adjustment of status process, representing only a handful of the cumulative elements which encompass a plan to stem any kind of migration to the United States.

In June, Congress passed a massive $4.5 billion border aid bill with $209 million earmarked for ICE.  The lack of strong oversight and massive expansion of this system has resulted in the death of at least 24 people in ICE custody and countless others — including seven children under CBP.

It is important to note ICE is only one agency in a network of well-funded law enforcement. Democratic lawmakers recently introduced a bill to “Abolish ICE,”  however, these efforts must also engage this wide network if the current assault against migrants, immigrant communities, and people of color more generally are to end.