'There is no shortage of talented, intelligent Black women in this country.'

According to a report released by the Solar Energy Industries Association (SEIA) and The Solar Foundation, white workers make up 88% of top-tier positions in the U.S. solar industry (white men represent 80% of that group). Not letting those odds deter her, Kristal Hansley has just become the first Black woman in the country to own a community solar company. A Howard University grad, Hansley is paving the way for the next generation of Black women to kick down the doors of racism and sexism to achieve their wildest dreams. We already know that Black women entrepreneurs are the fastest growing group in the country so it’s no surprise that a Black woman is leading the charge when it comes to solar energy. 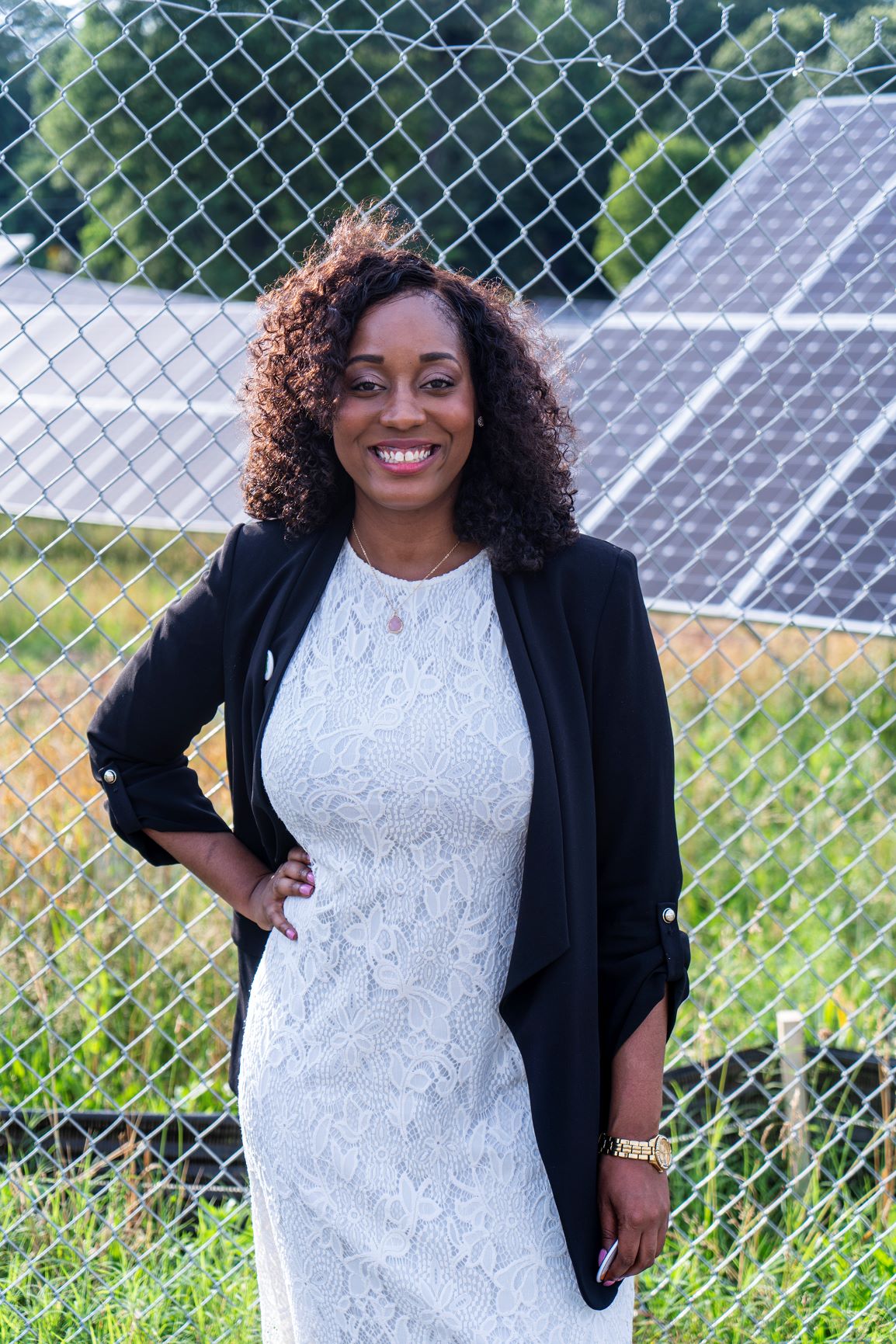 Blavity: Thanks so much for taking the time to interview with us, Kristal. Could you tell us a bit about yourself and your professional background?

Kristal Hansley: Thank you. I am an entrepreneur and advocate for the use of solar power to help hard-working families reduce monthly expenses. Since my childhood growing up in Brooklyn, I have been passionate about serving the community and standing up for the rights of others. After graduating from Howard University in 2011 my growing expertise in diversity, equal housing and access to education brought me to Capitol Hill. I first made my mark when I was honored as the 2010 Howard University Legislative Fellow, which led to my tenure in the U.S. Senate on the staff of Majority Leader Harry Reid.

In addition to serving as Program Manager for the Senate Democratic Diversity Initiative, I was Majority Leader Reid’s liaison to local, state, and federal officials, and national organizations. During this time, the State of Maryland and others passed laws designed to increase the use of solar power while deregulating the market to give consumers more choices to meet their energy needs. Seeing the role that solar could play in reducing the cost of electricity for households, I decided to get involved in the new, quickly growing business of sourcing energy from community solar providers as an alternative to the big utilities. 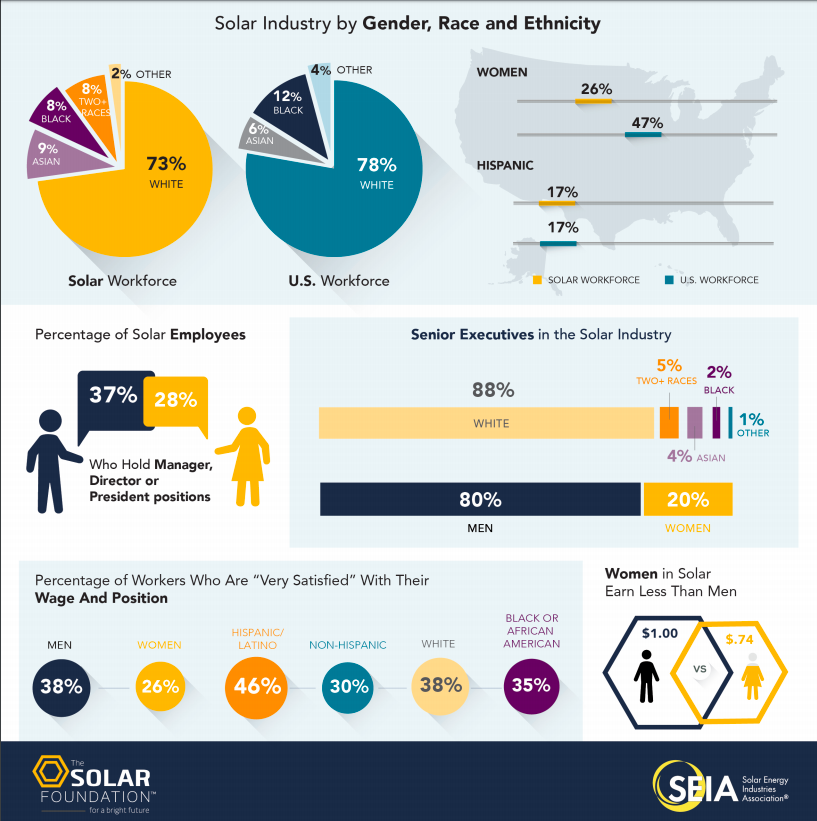 The experience I gained on Capitol Hill was a perfect fit for my role as Director of Government and Community Relations for Neighborhood Sun, a regional solar company in Maryland. Working with solar energy developers and city leadership, I helped thousands of low-to-moderate-income families save on their utility bills. Following my entrepreneurial spirit, I decided to leverage my knowledge in this emerging industry and launch WeSolar. Mentored by the leadership of Neighborhood Sun and with the support of solar energy providers, WeSolar was born!

Blavity:  Why did you choose Juneteenth 2020 to launch WeSolar and what are some of the experiences you've had that led up to you being the first Black woman to own a community solar company?

Hansley: We chose Juneteenth to commemorate what many Black Americans consider the true Independence Day. Juneteenth has always held special meaning for Black Americans, but it was especially poignant this year in the wake of the heightened killings of Black people by police and private citizens. WeSolar is committed to bringing community solar to those who would not normally access it, which includes Black communities, communities of color and working class people.

As I mentioned earlier, prior to starting WeSolar, I worked for Neighborhood Sun. This experience gave me the opportunity to learn about the infrastructure of community solar farms and the many benefits they offer to people unable to access the traditional solar market.

Blavity: How does community solar energy work and why do you advocate for more Black communities to utilize this energy method?

Hansley: With community solar, developers construct medium to large-scale solar installations on offsite locations that may be distant from the point of consumption, otherwise known as solar farms. Individual retail customers can either subscribe to blocks of electricity or purchase a portion of the solar panels in such installations and receive credits on their bills. As a result, a broader range of customers can benefit from solar energy without installing solar panels on their own rooftops. Joining a community solar program provides millions of consumers with a less costly and more convenient way to power their homes and reduce their carbon footprint.

Blavity: As the first Black woman to own a community solar company, you are paving the way for Black women and girls behind you. Why do you feel that representation is important?

Hansley: Well the fact that I am the first Black woman to do this should tell you a lot. Community solar is not a novel concept, yet not many people are aware of it. There is no shortage of talented, intelligent Black women in this country. We just are not as represented or talked about as entrepreneurs of other racial and gender groups. I think that one of the reason’s Black people hesitate to start businesses is because they do not have role models to inspire them. There’s a saying “You can’t be what you can’t see.” I think in order for Black girls and women to feel confident in their endeavours it is important for us to see and know other successful people who look like us.

Blavity:  Who are some of your role models who have inspired you along your professional journey?

Hansley: The two who immediately come to mind are Madame CJ Walker and JK Rowling. The former is well known as the first Black female millionaire in America. She did that in the early 20th century, when there were so many social and economic barriers that kept Black people from succeeding. Those barriers still exist but to think that she pushed through without a model before her is truly inspiring. As for JK Rowling, the personal hardships and gender-based discrimination she faced while trying to put forth the Harry Potter series has motivated me to keep going even in my most trying moments.

Blavity: What advice would you give to younger Black professionals who are climbing the corporate ladder? What is something that you wish someone would've told you in your earlier years?

Hansley: I would say that you just have to keep trying. When you face setbacks or delays, it is helpful to reflect on your mission and end goal. Racism will undoubtedly rear its ugly head (as will sexism and transphobia for those of us who are not cisgender men). It is important to name those experiences and seek out support from trusted friends and allies. You are never alone in your goals, no matter how things may look.

Blavity: What overall goal/mission do you want to accomplish with WeSolar?

Hansley: I want to disrupt the solar industry, and green energy industries at large, in order to prevent them from becoming spaces that are white male dominated. I care deeply about advocating for communities of color and low-income communities to be included in the just transition that our nation and world have to participate in if we want to have a healthy environment in the future.

Blavity:  Lastly, do you have any inspiring message that you'd like to share with the Blavity audience?

Hansley: There are two quotes that I find particularly inspiring. The first is by Toni Morrison: “If there's a book you really want to read, but it hasn't been written yet, then you must write it.”

The other is by Martin Luther King Jr.: “All labor that uplifts humanity has dignity and importance and should be undertaken with painstaking excellence.”

Both of these quotes have carried me through moments of doubt and I hope they can do the same for readers.

Hansley is helping members of the Black and brown community reap the environmental and financial benefits of community solar energy. We can help spread the word and encourage more Black entrepreneurs to get into the business too. Readers can follow and support WeSolar on the following platforms LinkedIn, Instagram and Twitter. Hansley can be found on Twitter, Instagram and LinkedIn.