We Are Fed Up With Fighting A Pandemic Amid A Pandemic

Black Americans are being disproportionately killed by systemic and overt racism at the same time. We cannot accept this reality.

We are fed up because we are forced to fight a pandemic amid a pandemic. We are being disproportionately killed by systemic and overt racism at the same time — and are expected to accept these deadly conditions. Crisis after crisis, crisis on top of crisis, we have marched, kneeled, lobbied, voted and built our own spaces to find ways to navigate it all. And yet, we wake up each day, face the trauma and fight on. 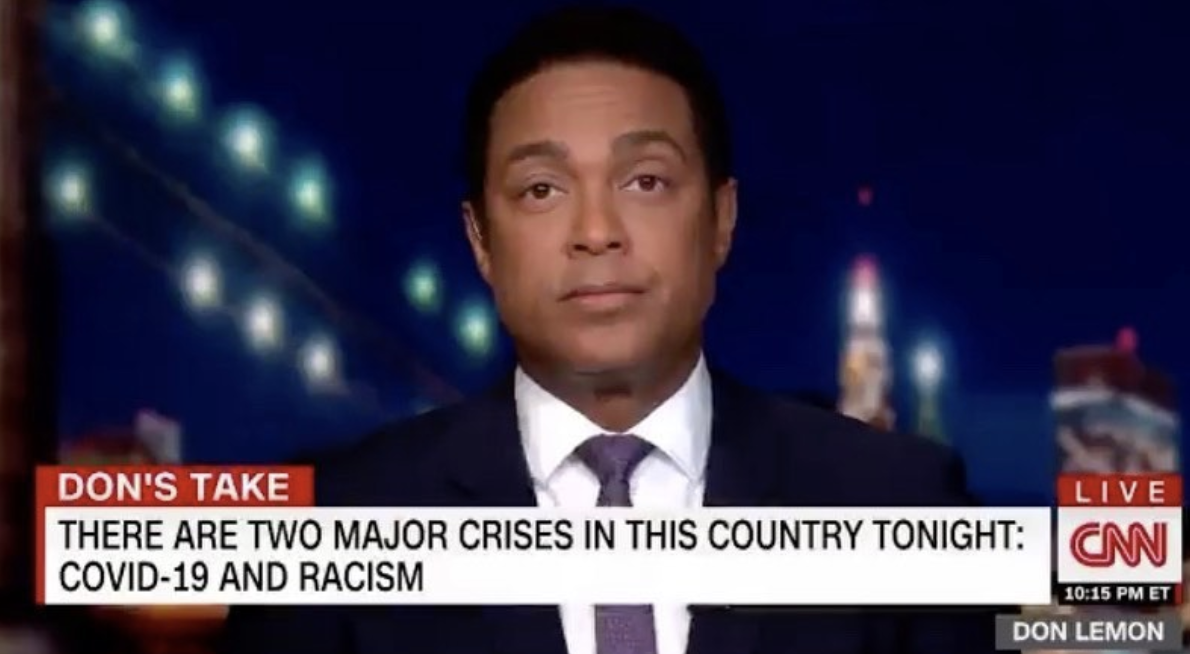 Our rightful outrage and collective uproar have made it impossible for the world to ignore our struggles. The world — namely white people who have perpetuated the disparities that have held us back for so long — must feel the pain and anger we feel when we witness Black folks being mistreated in plain sight and Black lives being taken so mercilessly. This week alone highlighted how frequently this happens.

On Friday, police arrested Omar Jimenez, a Black CNN reporter, for doing his job before they arrested the officers who killed George Floyd. On Thursday, Tom Austin had his office lease canceled after he racially profiled Black men using the building’s gym. On Wednesday, a white woman identified on Twitter as Jennifer attacked Black protestors with a knife because she valued products from Target over people’s lives and safety. On Tuesday, Amy Cooper, a white woman, went viral for her dangerous display of performative racism where she falsified a crime and called the cops on a Black man who kindly asked her to leash her dog. On Monday, George Floyd was killed by a white police officer who boldly and unflinchingly suffocated him to death.

These are just some of the racist tragedies that happen every day. Black folks are in a constant state of mourning, from Breonna Taylor to Ahmaud Arbery to Tony McDade — millions of Black men and women have been killed unjustly at the hands of white Americans. And the tragedy does not just rest in the loss of life, it exists in all the ways we are negatively impacted by these travesties mentally, emotionally and physically.

Erica Garner would have turned 30 years old today. Instead, she died three years ago at the young age of 27 after suffering a heart attack. She died because her body could not hold the weight of the burden and pain she was forced to carry fighting for justice on behalf of her father, Eric Garner. She died after watching her father struggle to tell officers “I can’t breathe” as one dug an arm into his neck and killed him. She died after using every ounce of energy in her to demand answers in the federal investigation of her father’s death. She died, yet these same cops continue to walk free. Days after Erica’s untimely passing, Blavity published the last essay she wrote on her relentless fight for justice.

“Now it’s been three years later, and we’re still waiting on justice,” Erica wrote in the last line of her essay, which we published in January 2018.

NOW, it’s been years since Erica’s death, and we’re still waiting on and fighting for the same thing. But we must fight on because Erica’s death should not be in vain — and neither should the deaths of Eric Garner, George Floyd, Tamir Rice, Trayvon Martin and countless others.

Our pain serves a purpose. Destruction is necessary to make space for a new reality. A new world must eventually emerge because, as former President Barack Obama addressed in his statement this morning, we can not accept our current reality.

“It's natural to wish for life ‘to just get back to normal’ as a pandemic and economic crisis upend everything around us. But we have to remember that for millions of Americans, being treated differently on account of race is tragically, painfully, maddeningly ‘normal’ — whether it's while dealing with the health care system, or interacting with the criminal justice system, or jogging down the street, or just watching birds in a park. This shouldn't be ‘normal’ in 2020 America. It can't be ‘normal.’ If we want our children to grow up in a nation that lives up to its highest ideals, we can and must be better.”

For now, we must fight on.

We must manage our mental health in the process.

We must shower our Black kids with affection.

We must hold the white people in our lives accountable.

We must support each other’s businesses, health and overall wellness.

We must spread love to each other in unconditional ways.

We are all we got.

With love and solidarity,

The Blavity News team and founders