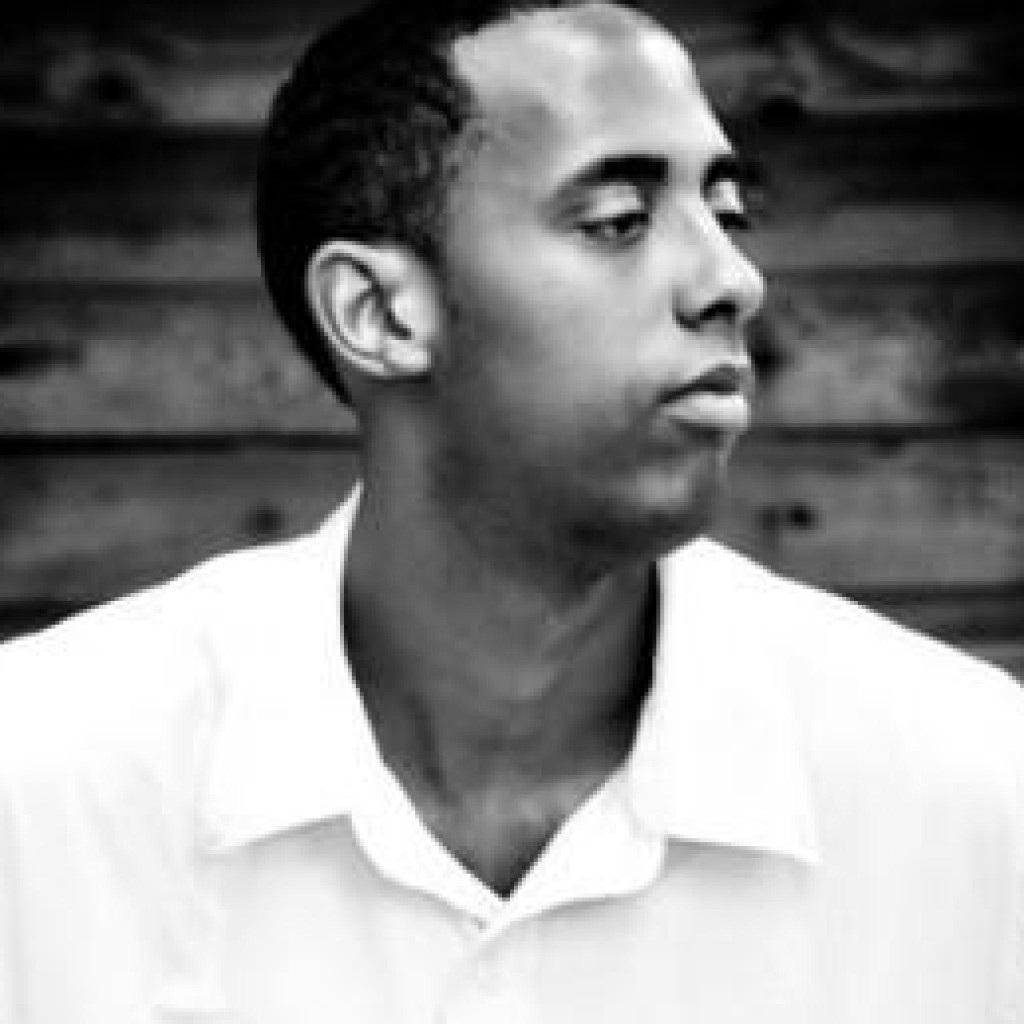 Deborah Whaley is an artist, curator, writer and currently serves as the Associate Professor of American Studies and African American Studies at the University of Iowa. Her most recent book, Black Women in Sequence: Re-inking Comics, Graphic Novels, and Anime is an in-depth look at the depiction of black women across several different mediums. I was able to have a conversation about the book and themes she explored, as well as the representation of black women in comics.

Blavity: What was the first comic book you read, and how did it inspire and impact you?

Deborah Whaley: I do not remember the first comic book I read, but I do remember from a very young age looking at (not reading) the pages of comic books of older kids. I found the images magical, and would try to replicate the art. As a young girl, I found inspiration in superhero comics and in their incarnations on television and in film: Wonder Woman, Catwoman, Spiderman, Batman, the Hulk, and Superman, to name just a few. I still remember the excitement I felt when my mother took me to the movie theater to see the first Superman film. I watched Batman and Wonder Woman on television with my sisters and I found the action and the narratives exciting.  It was especially meaningful to see women characters being portrayed as strong, independent and courageous, whether it was Wonder Woman, Christy Love or other female action heroes. Later, I read comic strips; Cathy and Jump Start were two of my favorites, and I would draw comic strip characters as a child. I even did some training in cartooning. I related to and was enthralled by the entire world of sequential art: comic books, comic strips, animation, video games and other forms of moving image media in sequence.

B: You mentioned Eartha Kitt in the preface of your book, Black Women In Sequence: Re-inking Comics, Graphic Novels, and Anime. What about her appearances on the Batman series stood out? You also mention that Kitt’s Catwoman defied the stereotypes of black women, in what ways, and what did this mean to you to see a black woman in a white-male-dominated space?

DW: Watching Eartha Kitt as Catwoman in Batman was incredible because you did not see black women in comic narratives on television, in film nor in print very often, and when you did, the representations were less than inspiring. To see someone who looked like me in a genre that I grew to admire, I think, was a way to subconsciously absorb that I, too, fit in or belonged in the fantastical world of sequential art. Yes, Catwoman was an anti-hero, but she was funny, smart and powerful, and she did not encompass the typical jezebel, tragic mulatta, sapphire, mammy, or other maligned images of black women that pervaded popular culture at the time. Catwoman was largely depicted as equal to the male characters in the show; she was tough and glamorous all at once; she was a wonderful contradiction of black womanhood. Her stint as Catwoman also seemed to convey that she could and did occupy the same space as white women and she was not subservient or marginal.
B: There is a bit of conversation in your preface about how black women are not often seen in the comic convention circuits, how much do you think both the nerd/geek cultures play into this?

DW: You certainly do see women and girls at conventions, especially as cosplayers and as readers, fans and creators. In this way, things have changed, but it is still largely a male arena. In the preface to the book, I write about being in comic book stores and very rarely seeing girls or women and never seeing a woman of color. Certainly, I’m not hanging out in comic book stores 24 hours a day, seven days a week, so I can’t claim they are only male terrains, but I do hear in fan communities that certain pockets of comics culture, like culture in general, lacks gender equality. The Gamergate scandals are a good example of this. And when women are present, it does not necessarily mean they have equal access or treatment, which is why the independent field is so important. Now, we see a lot of black women artists that started working in the independent realm gaining visibility and are now working for larger enterprises, and that is really exciting, but that does not mean that there is still not gender and racial inequality in the majority of the field.

B: In what ways would you say the short-lived The Butterfly comic series is a microcosm of the experience of black women in the comic book world?

DW: The Butterfly, like the initial failed launch of Vixen in the ’70s, was congruent with the Blaxploitation film era. I think some writers liked the idea of introducing characters for profit in order to take advantage of the growing popularity of black cultural forms in the mainstream. It also seems that writers and artists earnestly wanted to introduce diversity into comics, but the execution of the images was often problematic. The Butterfly was a very short-lived character like many black female characters; larger companies were not confident a black female could carry an entire series alone, so they were intermittently introduced to present diversity in the interest of profit. The comic strip Friday Foster is an exception in some ways, but her later iterations, especially in the film of the same title, leaned toward black exotica. The similarities in the characters I mention and black women in general in comics culture is that we are in nearly every aspect of the field, but we are not always central or in positions of power. This is changing, though; Ashley Woods and Afua Richardson are doing incredible work in the independent and mainstream spheres, and recently, the first comic book store owned by a Black woman on the east coast is receiving a lot of due attention. Black women have created some of the most influential nerd culture sites in social media spheres, too, such as Black Girl Nerds and formerly, the Ormes Society.

B: What broad shifts in culture are most easily seen in the sequential arts and how did these shifts impact both real and drawn black women?

DW: There is a shift now to a broader spectrum of images, including skin tones, hair textures and styles, and narratives and characters that do not fit within binaries of meaning or identification. Unlike yesteryear, black characters are not simply good or bad, hypersexual or asexual; they are rarely white characters with black skin or black characters that are Blaxploitation prototypes. Since the early 20th century, many black comic creators worked to create complex portrayals, but often these images circulated only in the black public sphere or in black newspapers, such as the Chicago Defender or Pittsburgh Courier. Today, such image-making has penetrated the mainstream. With the creation of powerful social media portals such as Black Girl Nerds, Vixen Varsity, Black Girl in Media, Nerds of Color, Black Nerd Problems, Superheroes in Color, Black Comics Chat, Girls in Capes, and Women in Comics NYC, actual black women, women of color, and men are working together to create change in the sequential art world.

B: What do you want to see the comic and animation studios change as it refers to the depiction and characterization of black women?

DW: I would like to see a continuation of a spectrum of blackness in regards to color, ethnicity, class, abilities and sexualities. A black character does not have to emanate from Africa or be of any particular socio-economic class to have legible blackness. Studios that draw inspiration from various black ethnic and regional identities would be exciting as well. Representation for representation sake is not enough, however; we need black women who are interested in propagating these complex and progressive portrayals at all levels of production: as executives, producers, editors, writers and artists. I am especially inspired by the work of Regine Sawyer of Lockett Down Productions, who started a comic book company employing mostly women of color and started the organization Women in Comics NYC Collective International, and Cheryl Lynn Eaton who started the (now former) Ormes Society. They, like Jamie Broadnax who started Black Girl Nerds and Pamela Thomas who started the Museum of Uncut Funk, are not only creating spaces for creativity, they are also providing community, information and are leading what I think of as a black female revolution in the sequential art world.

B: In discussing the impact and dismissal of Barbara Brandon-Croft’s work, could it be possible that sexism is a reason why people revere Aaron McGruder yet are wholly unfamiliar with Brandon-Croft’s groundbreaking strip?

DW: It is not sexism alone, though it remains that there is gender inequality and black women as leaders in liberation ideology or progressive politics remains difficult for some to acknowledge. Thus, it is not surprising that you would see this replicated in the sequential art world. As I argue in the book, Brandon-Croft’s Where I’m Coming From was groundbreaking for its portrayal of a diverse group of women who would discuss culture and politics in intellectual, frank, and witty ways. Where I’m Coming From did not seem to have as wide a distribution as the Boondocks, though it is significant for being the first comic strip by a black female artist to be published widely in mainstream newspapers. I did not have the opportunity to talk with Brandon-Croft for the book, but I would wish I had as I think she could shed important light on the topic. Like Jackie Ormes, she is an essential part of the story of black women in comics and she set the groundwork for future black female comic artists and writers.

B: What, in your mind is the most important element of each of the four “Afro” categories of Japanese influenced art? That is Afroanime, Afrofuturism, Afrophantasmagoria and Afropunk.

DW: Afroanime is a direct remix of black cultural politics, aesthetics and Japanese comics and animation. As I write in my book, all of these categories are ways to articulate what I name black, postmodern comics, which are extraterrestrial, musical, futuristic, multiracial, multinational, multiclass, insurgent, humorous, male, female, transgender, heterosexual, pansexual, queer, contradictory, and powerful; they constitute a diverse and imaginary fantastical world.

READ NEXT: This new comic series brings WoC and racialized communities to the forefront