'F**k You Freaks': Homophobia Strikes on Spelman's Campus, And Answers Are Demanded

"I’m just hurt because I feel like I worked so hard to create safe spaces for everybody" one student said.

It is an absolute shame when you can't even be safe on your own campus.

Amid the decision to formally expand its admissions policy to accept transgender women for the 2018-19 academic year, Spelman College is facing a few obstacles in the process.

According to Project Q, Spelman became the second historically black women's college to embrace transgender female students when it announced the new policy in November.

Amber Warren, the president of Afrekete, the LGBTQ student group on campus, and her transgender partner were targeted with hateful, transphobic notes calling them "freaks" and disregarding their right to simply exist.

The first note was slipped under Warren's dorm room door on April 2. Nearly two weeks later, on April 22, a transphobic note was left under the door of Warren's transgender partner.

According to Afrekete's Instagram page, one of the handwritten notes said, "Keep your tranny out of our bathrooms. Thanks!" 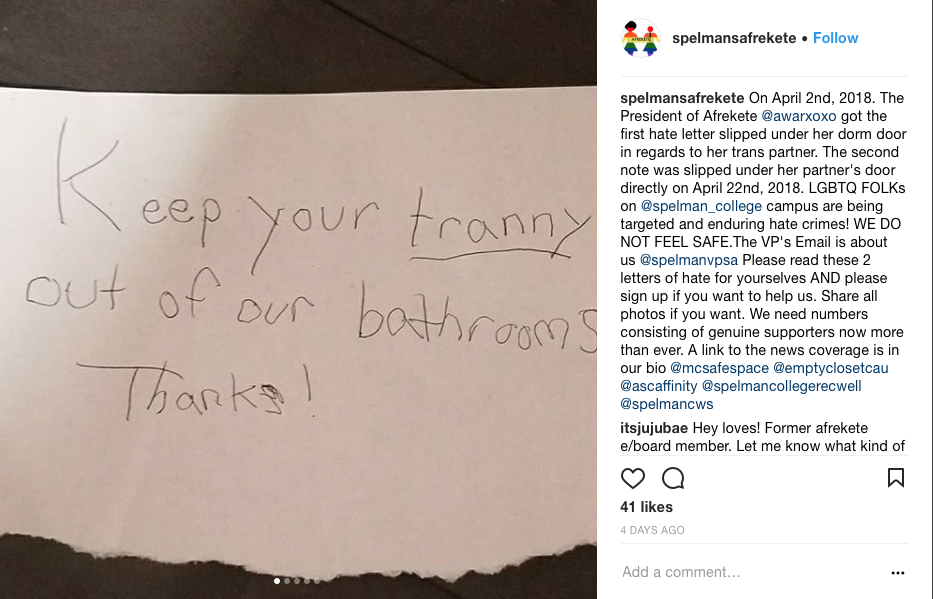 In the same post, Afrekete stated the notes left LGBTQ students "fearful for queer bodies on this campus and the many transwomen who are coming here with big ambitions and a false belief of finding a safe space here."

The other note, also posted on Instagram, read, "We don't want you. F**k you freaks!" and "Keep Spelman Safe" and "no queers".

The timing of the notes were just before Spelman's Pride week, which included the Queer Prom, drag show, open mic night and panel discussion.

"I’m just hurt because I feel like I worked so hard to create safe spaces for everybody," Warren told 11 Alive. "Even though I did all this work, it’s not about individuals, it’s really about unity."

According to another @Afrekete Instagram post on Monday, Clark Atlanta and Howard Universities have stepped up to stand with and advocate for these victims of homophobia and transphobia. 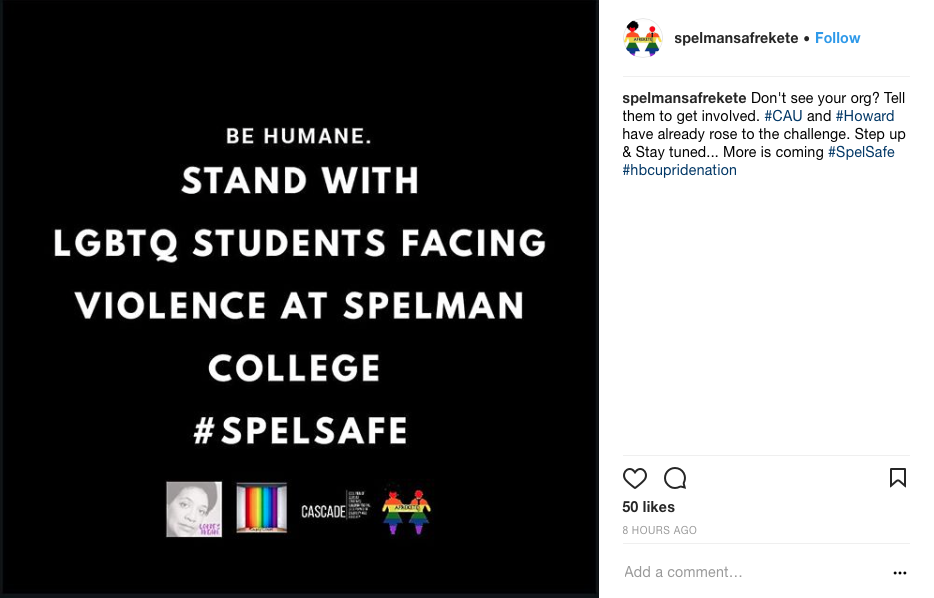 The organization requests that Spelman take action and denounce this type of hate on campus. "Is this what some of our Spelman Sisters think of us? No Spelman Sister of mine.  @spelman_college What's next? We want justice, not an email."