Blavity Exclusive: Marley Dias is a young champion for literacy and advocate for change

She isn't allowed to legally drive, hasn't gone to prom and isn't quite old enough to get a job. So what is Marley Dias old enough to do? Start a movement

The middle schooler began to notice that the reading selections at school failed to represent people of color and not just minorities, black girls in particular. Instead of just settling for less, she sparked a movement; #1000BlackGirlBooks. In late 2015, Marley put her mind to collecting 1,000 books about black girls with a deadline of February. She didn't quite meet her goal...Marley exceeded it. With the help of her mother and community support, she received well over 4,000 books and counting
"I realized it was time for change in 5th grade when I saw the pattern of the absence of books where characters looked like me," she said. "My friends thought it was a good idea but I'm pretty sure they didn't think it was actually going to happen. We knew of no one else who was doing what I am." And she's years ahead of her time. Instead of setting her sights on Hollywood role models, she chose to become her own positive image. "I don't look up to any specific person. I find qualities in people that I admire. No one is perfect and I don't think saying that I aspire to be one person is the best idea because it puts pressure on you to have specific goal." As a proponent of reading, Marley doesn't box herself into one category. She's a lover of diverse genres 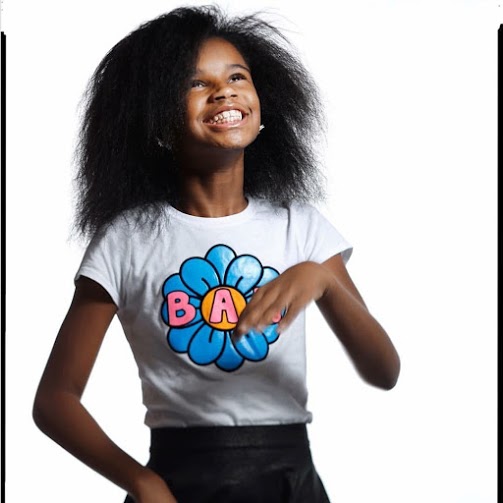 Photo: Marley Dias Now that she has established, #1000BlackGirlBooks, Marley is already looking ahead to her next game changer. Her literacy tour began last month
"The goal is the reading parties which are happening in 6 different cities where we play fun games based off a Black girl book, have an author read and promote literacy." And the world has taken notice of her business savvy and of course, book smarts. She was honored earlier this year at Black Girls Rock! and the perks of being a super kid just keep rolling right in
In the future, this young entrepreneur has her sights on elevating herself in great ways through print media with ambition to become a magazine editor for her own magazine. Boss moves. Right now, Marley is in the phase where most girls her age succumb to the pressure of wanting to belong or simply the desire to be liked. Marley broke the mold. She's leading by example and wants to make it known that it's possible to create your own image of success, despite what the rest of the world tells you. Don't expect her to compromise her natural black girl magic
"Just be truthful to who you are and the media doesn't matter. It's what you believe in, popularity should not matter."