Nearly 53 years ago, thousands of Howard students occupied the school's administrative offices demanding reforms, leaving a long legacy on campus and beyond.

HBCUs around the country have long been at the forefront of Black activism, and Howard University has often led the way.

From protesting ROTC in the 1920s to publicly calling out segregation and lynching in the ‘30s, Howard students have spent the past 100 years fighting for change for the campus and for the country as a whole. One of the biggest such protests at Howard came in 1968 when students rose up to challenge the mission of the university and demand a truly pro-Black Howard. Somewhat lost in the turbulent history of the 1960s, including the assassination of Martin Luther King Jr. later that year, the 1968 Howard uprising nonetheless left a strong legacy at the school and beyond.

As we continue to celebrate Black History Month, we're revisiting the student protest that rocked Howard in the '60s. The accompanying photos, provided by Getty Images by way of its Bettmann Archive, capture the historic time at the university.

"[Images] are a way back into those narratives that we will forget about if we're not re-presenting this back to the world. These narratives and these histories will disappear. What photography does so well is it humanizes," Director of Photography at Getty Images Bob Ahern told Blavity about the significance of such images.

Here's what you should know about the four-day protest.

Students felt that Howard was "not a Black university”

Tensions had been building up on Howard's campus for some time before the mass protests of March 1968. The previous year, students had yet to gain protested compulsory ROTC participation for students; many of them felt that the program was channeling Howard students into the military and the Vietnam War. Additionally, much of the student discontment at the time was aimed at university president James Nabrit Jr. Before leading Howard, Nabrit had been a prominent civil rights attorney who worked with Thurgood Marshall and successfully argued an anti-segregation case –a companion case to Brown v. Board of Education – in front of the U.S. Supreme Court.

As president of Howard starting in 1960, Nabrit embraced Howard’s reputation at the time as a “Black Harvard” and reportedly wanted to admit more white students. The student body, meanwhile, complained that there was little Black-created or Black-focused content in the school’s curriculum.

“Howard is not a Black university,” many students complained.

Students were also upset over inadequate living conditions, and some wanted Nabrit to step down. During the 1968 Charter Day celebration, marking the 101st anniversary of the school’s founding on March 2, 1867, about three dozen students disrupted the ceremony and again called for Nabrit to step down. When the university sought to punish the Charter Day protesters, this set off a much larger protest that became the largest in the school’s history.

The 1968 protest was the largest in the school’s history

Beginning on March 19, Howard students responded to these issues by occupying the school’s administrative building. Initially calling for the Charter Day protesters to not be punished, and for student involvement in student disciplinary decisions, the goals of the protest soon expanded. 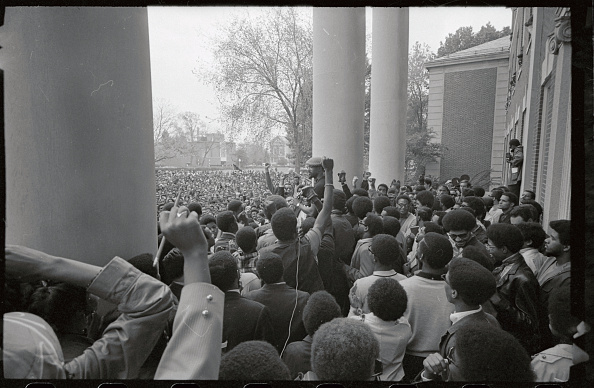 The demands of the protesters grew into an agenda aimed at making Howard more Black-centric and more relevant to the larger Black community. The students demanded Nabrit's resignation, called for African American history courses to be added to the curriculum and urged the university to include student involvement in the larger Washington, D.C. community as part of their studies. The protest shut down most of the campus for several days as students refused to budge on their demands. 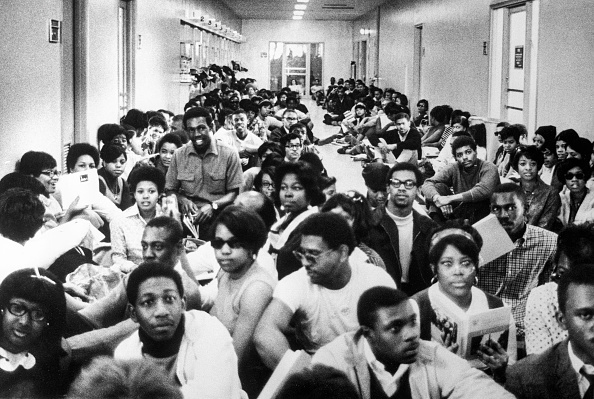 Students at mostly Howard University vowed to continue their rebellion until radical changes are made in the federally supported university's administration./Bettmann Archive

The protests drew support from the local community and beyond

Over 2,000 students participated in the sit-in of the university’s administrative office, taking shifts occupying the building. During the four-day protest, members of the faculty served as liaisons between students and administrators, and some professors even held lectures outside of the occupied building so that student protesters would not fall behind in their classes.

Howard University was forced to shut down operations today because of a student protest sit-in at the school's administration building./Bettmann Archive

Another 3,000 students barricaded themselves inside of their dorms, concerned that police might be called to battle the protests. Dozens of local D.C. restaurants and stores donated food and supplies to the Howard dorms. A pivotal leader of the national Black Power movement Stokely Carmichael, who'd been a recent Howard graduate at the time and was also a former leader of the Student Nonviolent Coordinating Committee, came to address the protesters thought it's not known what exactly he said.

In the end, the university gave in to most of the students’ demands. The protesters – both those from Charter Day and the later occupation – were not punished, and the university established a student judiciary committee to weigh in on future disciplinary issues. Courses on Black culture and history were added to the school’s curriculum. Nabrit – who was away in Puerto Rico and did not return during the protests – declined to resign based on the idea that he was set to retire soon anyway. 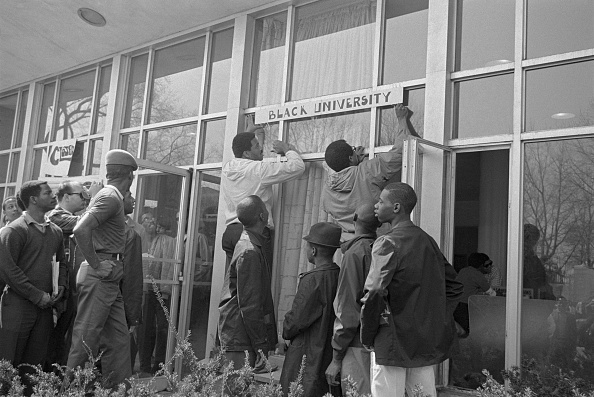 Partially inspired by the Howard protests, students at Columbia University protested in April, taking over several campus buildings. Columbia’s status as an Ivy League and predominantly white institution drew significantly more attention than the Howard occupation. So did the fact that the Columbia uprising turned violent — students held a dean hostage, and police eventually arrested hundreds of students, many of whom suffered injuries in the process.

Meanwhile, Howard students were not done protesting. In 1986, they again occupied the school’s administrative building when Cheeks appointed
Republican National Committee chair Lee Atwater to the school’s board of trustees. Atwater had been the main architect of the Republican’s “Southern strategy,” an intentional effort to appeal to southern white racist fears to gain votes. Atwater used this strategy to help elect former Presidents Ronald Reagan and George H.W. Bush – the racist “Willie Horton” ad was a major feature of Bush’s winning campaign against Democratic candidate Michael Dukakis. Occupying students forced Atwater to resign from the Howard position, and Cheeks soon left the school as well.

Drawing from Howard’s long history of protest, students – led by a group titled HU Resist – staged the longest occupation in the school’s history. This time, the students presented officials with a long list of demands for reform on campus, covering every aspect of Howard from housing and tuition to increased mental health service and stronger sexual assault prevention measures.

As has been the case before, Howard’s student protesters were largely successful, with administrators meeting most of their demands. Since then, Howard students have marched from campus to the White House after the killing of George Floyd and hosted a national conference last October titled “From Protest to Policy: The Pursuit of Racial Justice.” After nearly 100 years of activism on campus and across Washington, D.C., Howard students show little sign of dialing back their activism.