17 Thoughts we all had watching the "Work" music video

Rihanna dropped her two-part music video for "Work" featuring Drake on Monday, making it her 14th #1 on the Billboard Hot 100.

This new Rihanna #WORKvideo got Twitter after dark happening at 10am on a Monday pic.twitter.com/9C0m3gXi1s

2. Tweets went to every possible extreme.

3. Because "Work" is an occupational hazard.

5. The overflow of aesthetics made hearts flutter.

When you're plottin on the low 😂 pic.twitter.com/F7Pk42DwNa

6. We're all collectively weak at the knees.

7. Let's face it, the video is just too hot for sitting.

8. Admit it, you've watched the video more than once.

9. A total of 14 minutes of our lives gone, plus this Elmo video.

me for the rest of the day. thanks @rihanna #work pic.twitter.com/vhAbkZ7bqm — Sakita Holley (@MissSuccess) February 22, 2016

11. But can we address the one thing on everyone's mind?

I wish Rihanna and Drake were a thing.

12. Scratch that. The two things on everyone's mind. 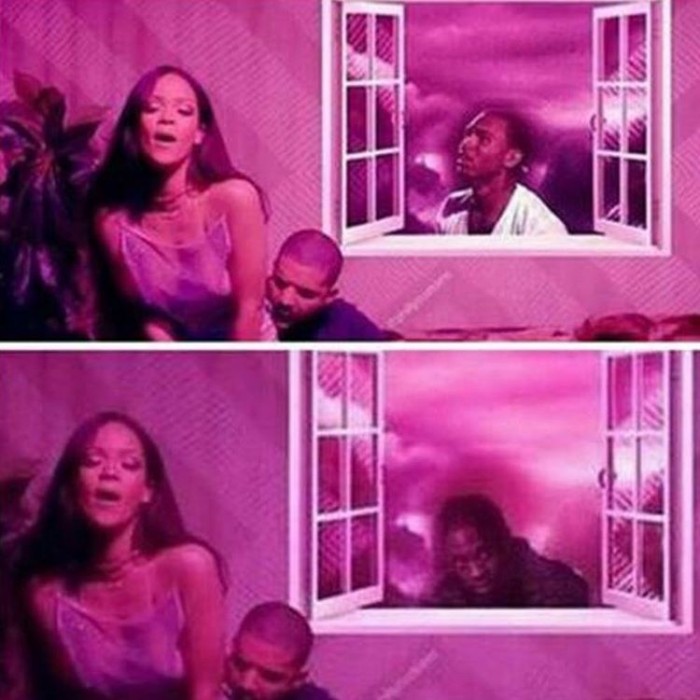 He mad eye contact.. And his soul left.. If you look closely.. You see his soul leaving.. Through his turtle neck pic.twitter.com/XQ3HYkTpGk

14. So here's to nipple emancipation.

15. And one time for going back to the basics.

Public Service Announcement: Rihanna is not twerking. She is whining. A specific form of dance created in the Caribbean with African roots.

16. We will go out on a limb here to say no one is doing any work today.

I feel like nobody's gotten any work done since Rihanna dropped — best of both worlds. (@MichellCClark) February 22, 2016

17. And in closing, two is always better than one.

When the first Work video is ending but then a second one comes on. Yessssss @rihanna pic.twitter.com/tp75zVlq9n

READ NEXT: Do we put too much stock in social media?