Chandi Langford, a fifth-grade teacher at Langford Elementary School, wrote inspirational messages of encouragement for each one of her students on their desks with dry-erase markers. Langford told ABC News, she wanted to "reassure and motivate" her students before their standardizing testing 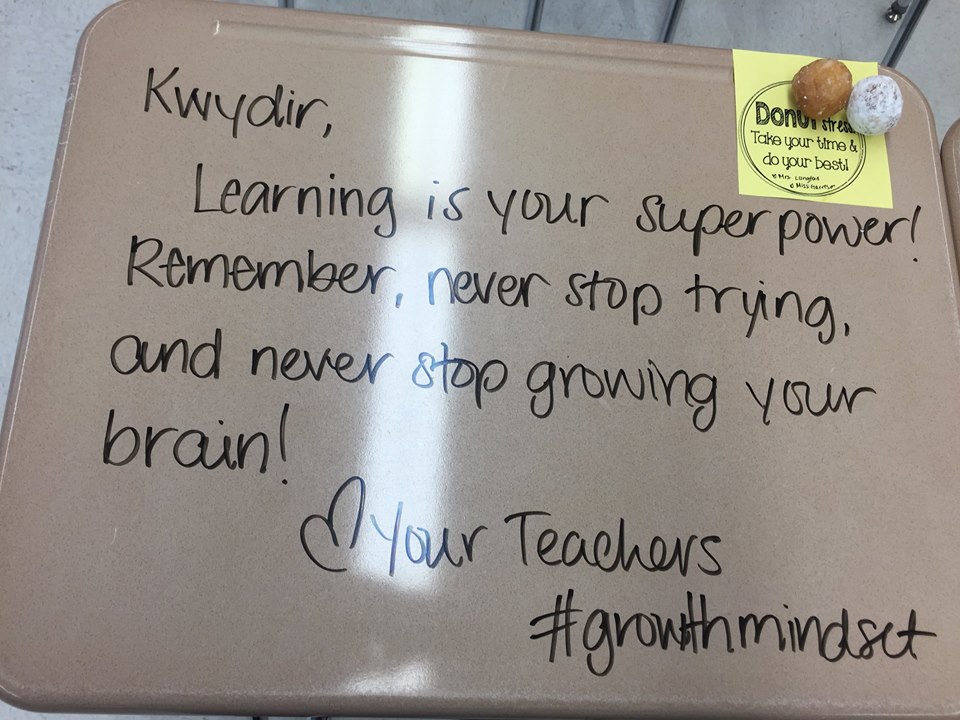 Photo: Woodberry City Public Schools "I want my kids to know that I appreciate them and that I believe they can achieve anything they want to, and for me, it doesn't matter if they don't do well or even if they fail – as long as they were trying their hardest, learn from their mistakes and do better in the future," she said
In addition to the heart-warming, personal notes, she also gave her students donuts! 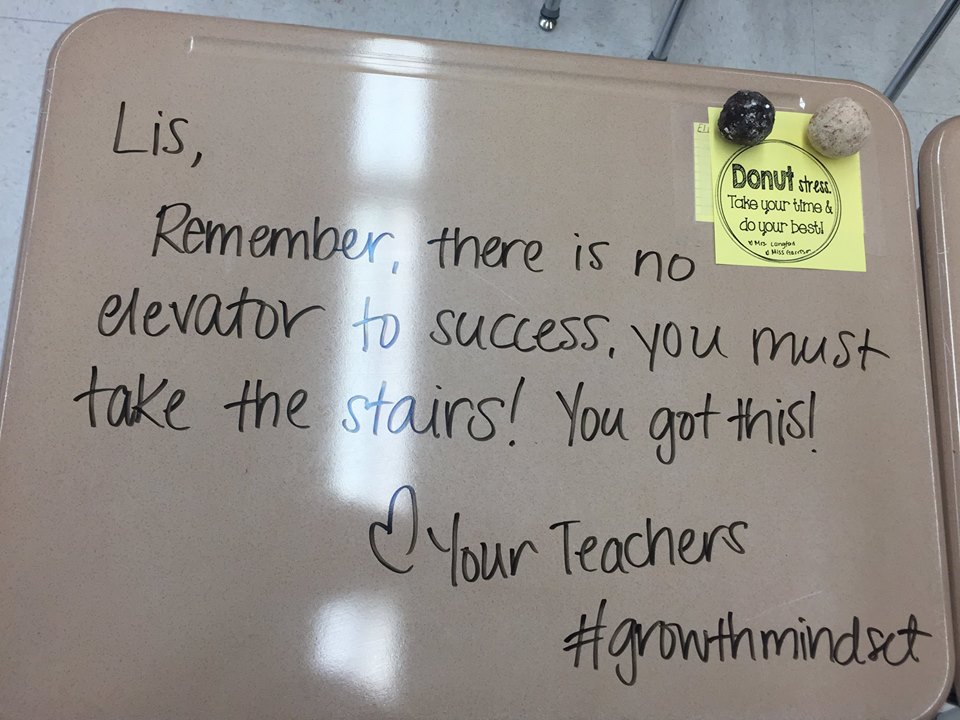 Can someone nominate Ms. Langford for Teacher of the Year?

READ NEXT: Riley Curry is not here for any media games