The First-Ever 'WakandaCon' Took Over Chicago: Here Are The Top Highlights From The Electrifying Experience

Blavity was there to watch the magic unfold and capture all of the best moments.

Black history has been made once again in Chicago, as we welcomed and indulged in the first ever WakandaCon this last weekend.

Blavity broke the exclusive around the launch of the experience in February and attended the actual conference this past weekend to see it come to life. Curated to include all people, with persons of color particularly in mind, this event successfully cultivated unity, pride, creativity, enlightenment, joy, and served as a safe haven for POC and LGBTQ folks. The #Wakandacon2018 convention brought the world behind "Black Panther" to life and provided panel discussions, self help seminars, tutorials, and giveaways to empower individuals and communities to be their most unapologetic, thriving selves.

The founding members — who are Chicago-area siblings David, Ali and Matthew Barthwell — wanted to create a convention that was “free and unshackled” providing a reprieve from exploitation, violence, and whatever stress and trouble life can bring. Offering an array of panels, discussions and information sessions for every type of individual, #Wakanadacon2018 met the needs of the people from veteran blerds to comic world newbies.

Here are some of the top moments from this awesome, new comic convention experience designed to cater to our people: 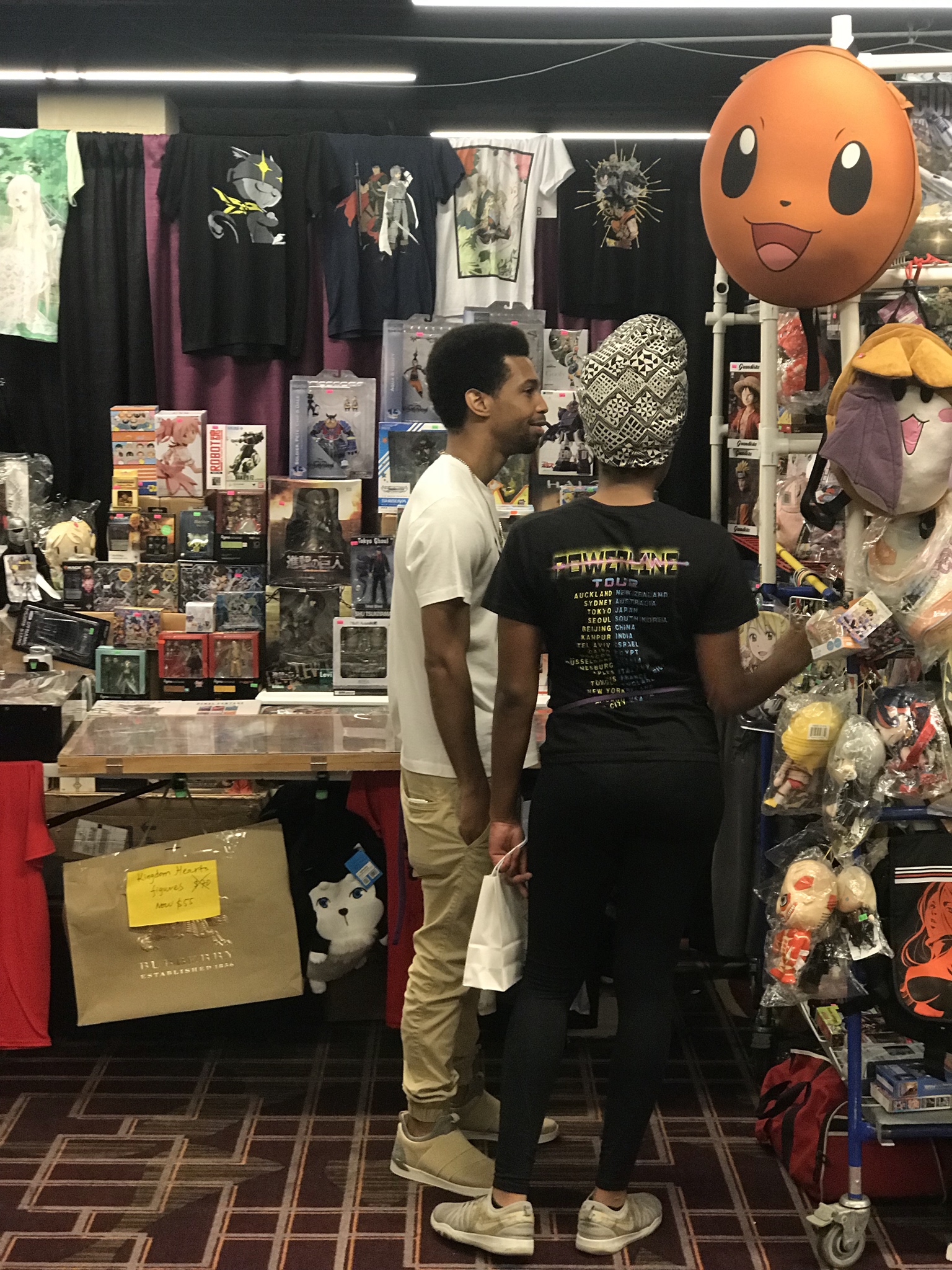 There was a workshop titled “Write to the future” that was perfect for anyone who enjoys poetry or may be intrigued by the vast horizons of afrofuturism. Performance poet and writer Billy Tuggle led the group in teaching about incorporating afroututism into poetic styles, from rap freestyles to books.

There was also heavy discussion around the characters in "Black Panther." One panel, titled “T’challa vs Killmonger: Exploring the Differences Between the Diaspora and the African-American Experiences,” provided a truly enriching comparative discussion between the film's main characters — two men of the same lineage, born into two different worlds and the impact it has on each of their lives. 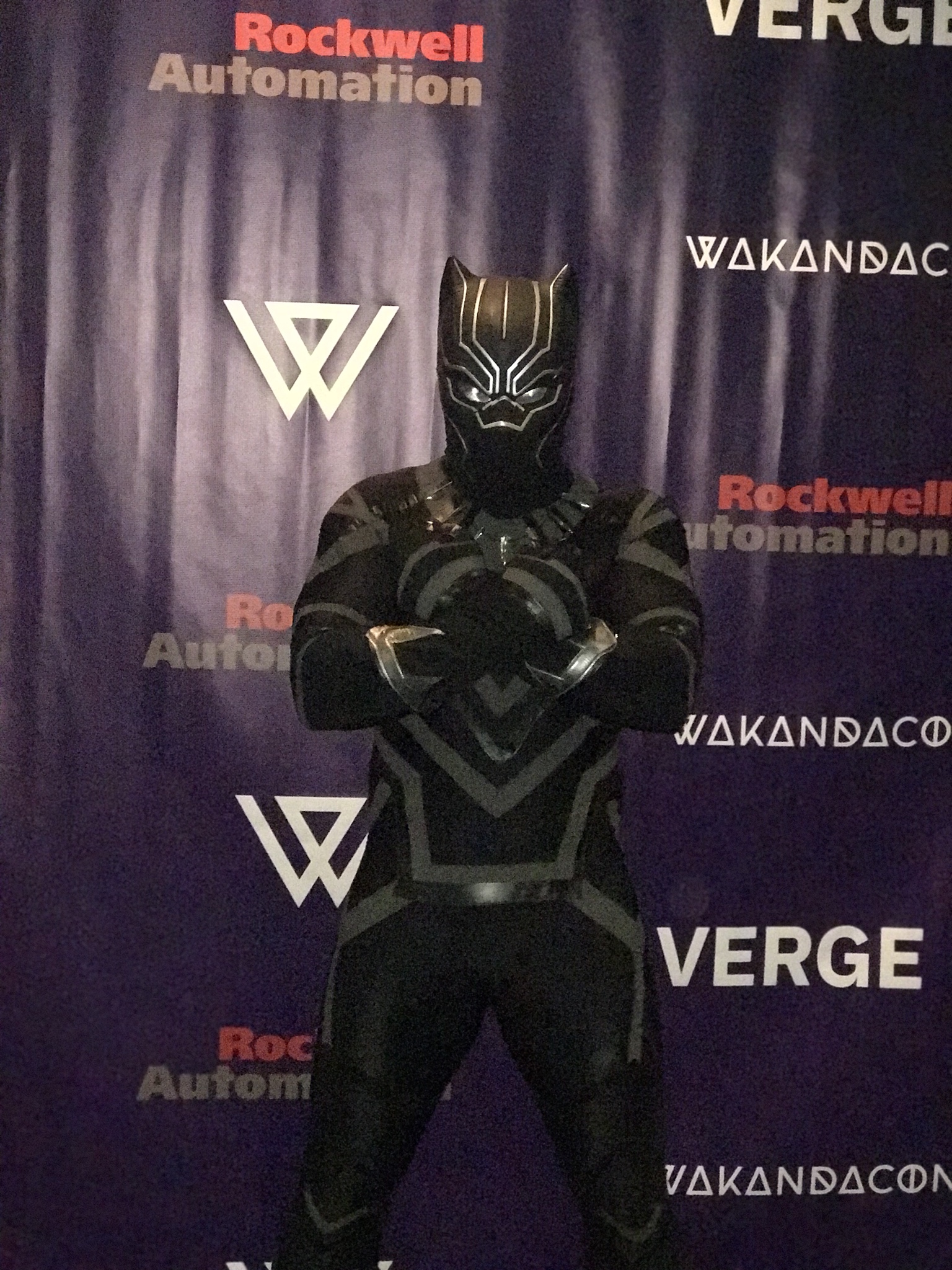 Aside from the panels, there were “Add A Friend” networking sessions and panel discussion groups that were great floaters between larger Q&A sessions and internal events, offering an opportunity for everyone to build and connect with one another seamlessly. There were even networking rooms for groups of people such as women, Blerds & geeks, media, and more — as well as live podcasts tapings from Geekfest Podcast and a great discussion from The Monster Panel, a traveling panel that fuses science fiction and hip-hop culture. 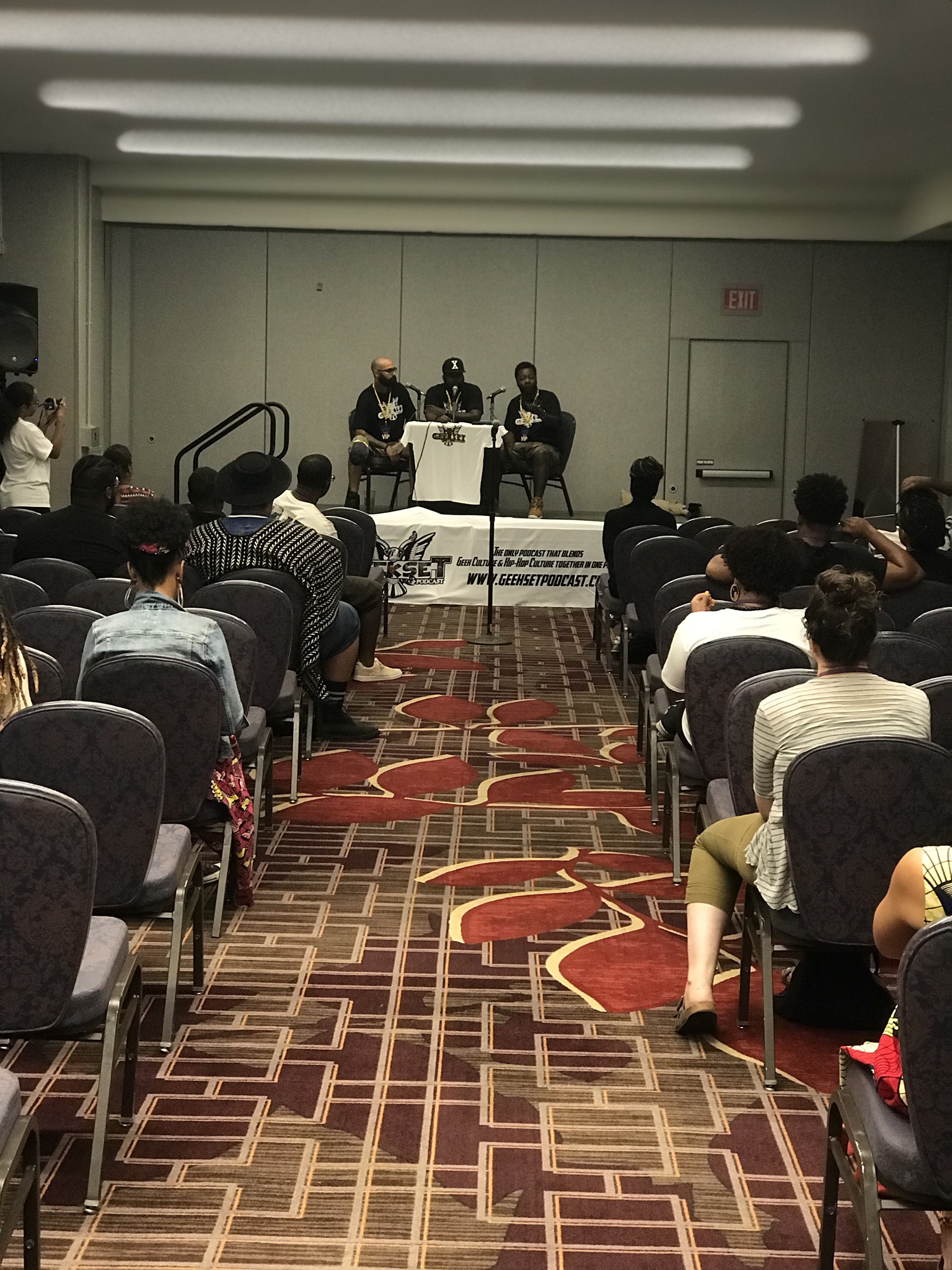 One of the most impactful sessions “Representation in Media” posed the urgent question of whether or not Hollywood is truly allowing and encouraging diversity and inclusion. Historically, there has been a shortage of Black and Brown success stories in Hollywood and it is time to change that narrative. This panel overviews some of the many whys — but more importantly the how — of what needs to be done to change that. 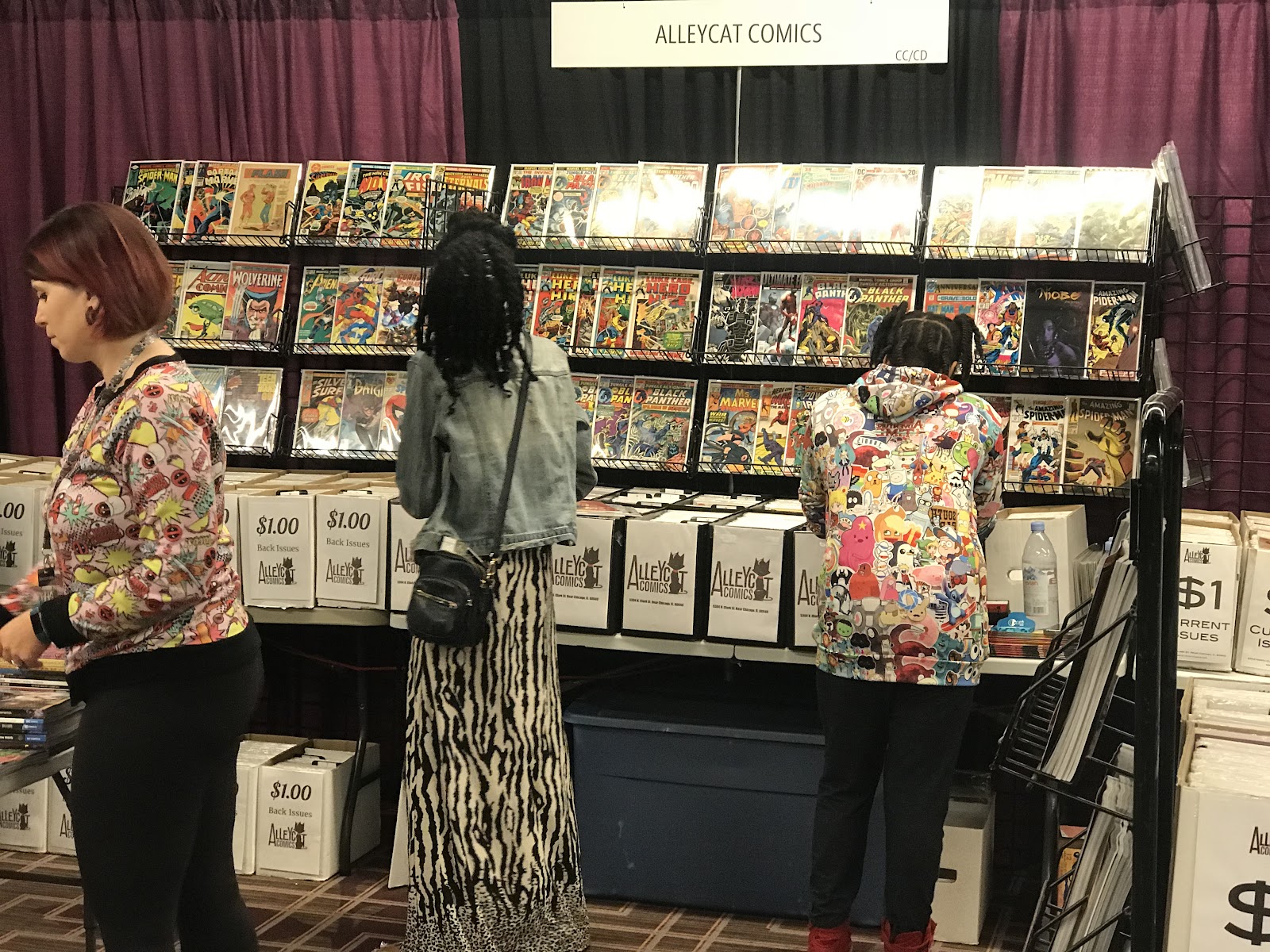 (Attendees of WakandaCon 2018 browsing one of the comic vendors.)

As if all of the information provided was not enough to keep your mind occupied and growing with knowledge and excitement, there were also sections of original comic strips, artwork, and crafty novelties to peruse and invest in. It was dubbed “Comic Row” and it provided a space where literally thousands of comics depicting Black superheroes and legends, giving the youth and avid collectors enough to browse for days. 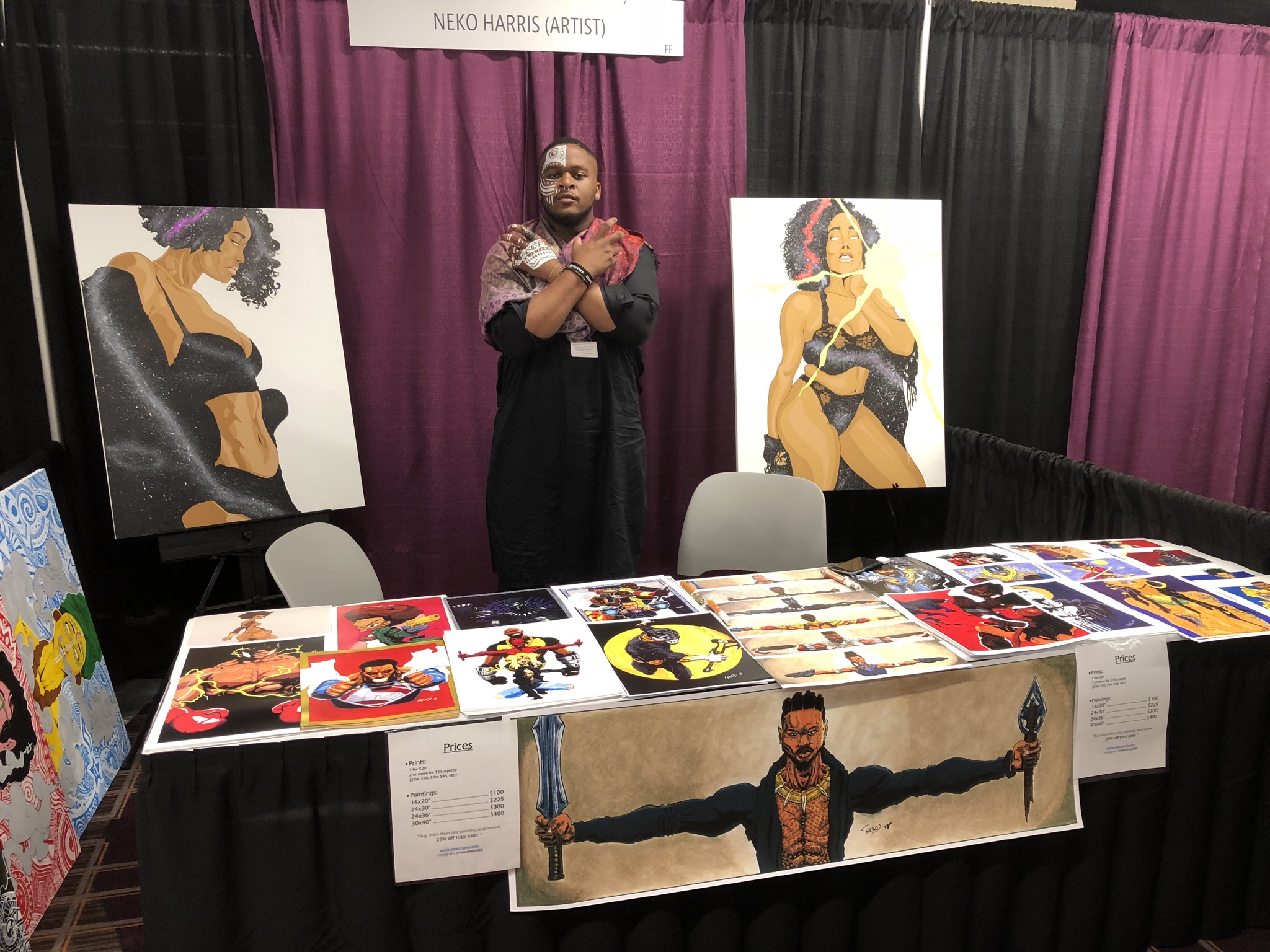 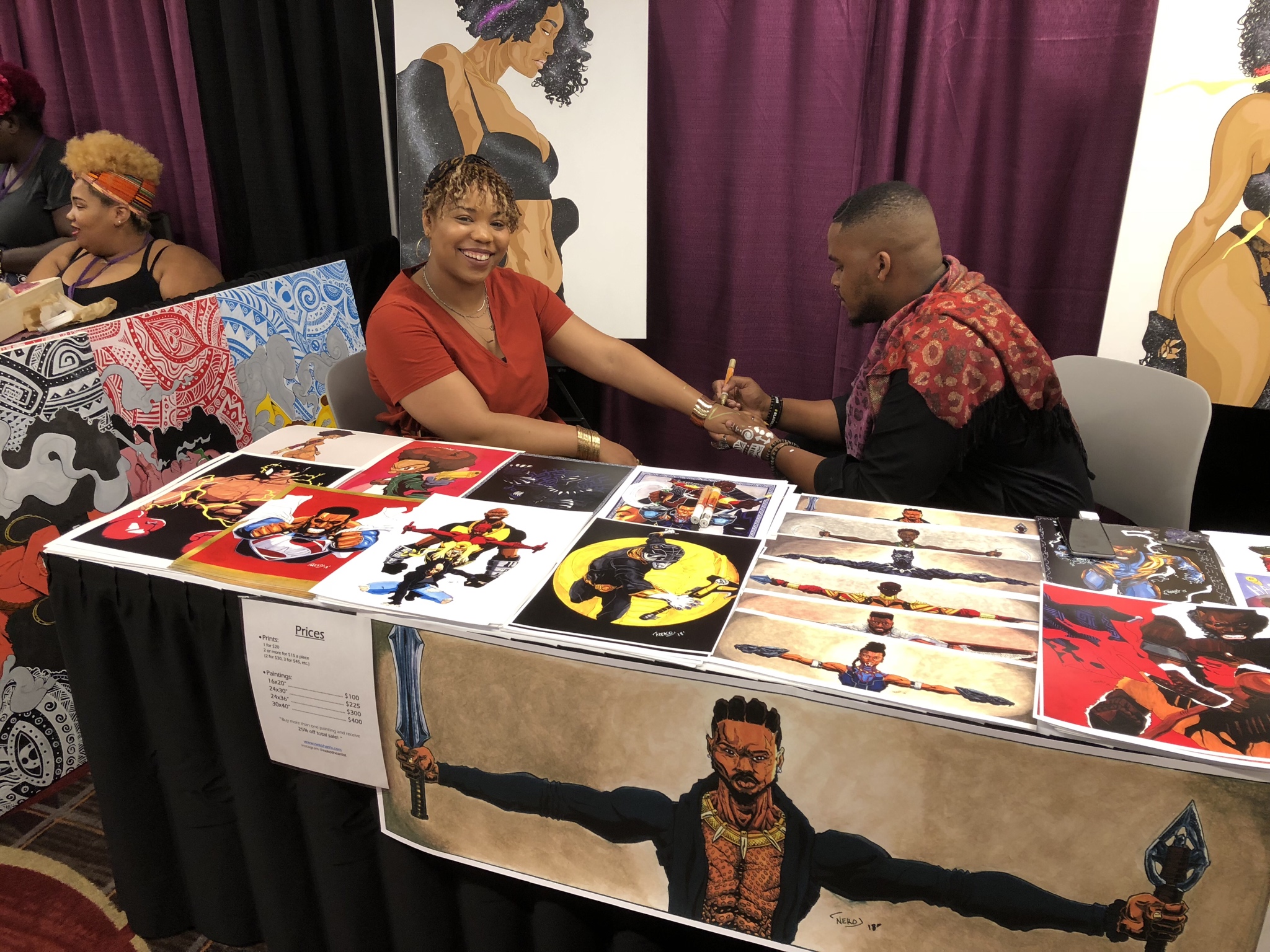 Another particularly special moment was witnessing Chicago artist Neko The Artist Harris who, among other things, creates beautiful body art work. His table set up at the convention attracted many attendees who wanted their own artwork done.

Harris has curated some very intricate, beautiful artwork and his booth at the convention displayed some of his most impressive work — much of which was inspired by "Black Panther."

“My experience at WakandaCon can only be described as breathtaking and necessary," Harris told Blavity in an interview. "From an artist/vendor perspective, WakandaCon gave me a glimpse into a world that I thought to only be exclusive to the majority(white) of nerds and comic culture enthusiasts. From a blerd/observer of the event, I felt completely immersed with the amount of good vibes, excitement and unparalleled black joy and black appreciation of the arts, comics, tech, Afro futurism, etc. The energy alone was enough to inspire a raging fire in the darkest of places in your heart."

Harris went on to say: "This was 100% necessary for our community. Not only for it being a safe space for all kinds of people to come and experience and geek out over everything nerdy, but because it genuinely felt like a safe space for blerds and POCs of all creeds to come together to a common goal: Supporting small black-owned business and educating our people on subjects they otherwise may not have an outlet for.“ 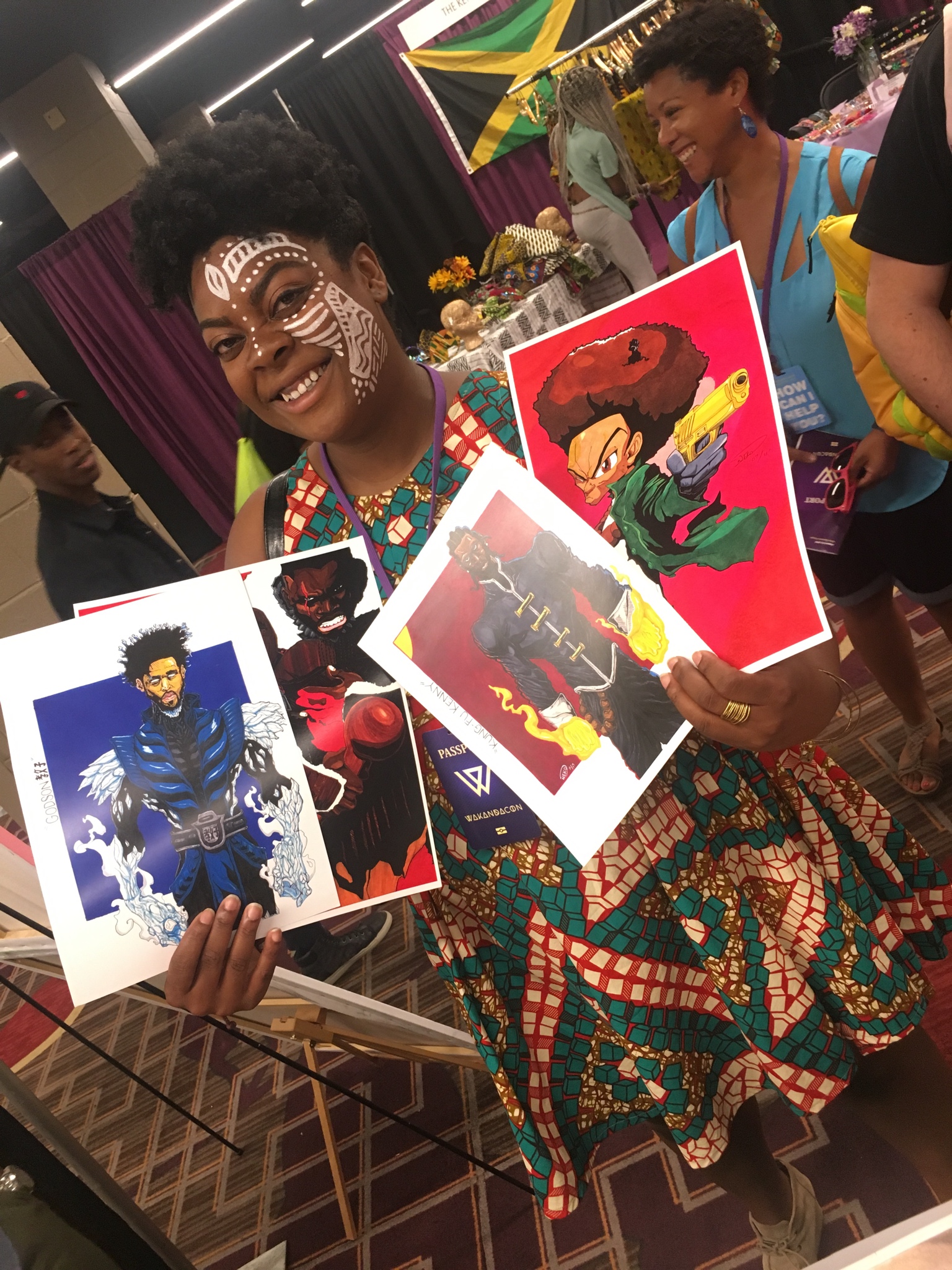 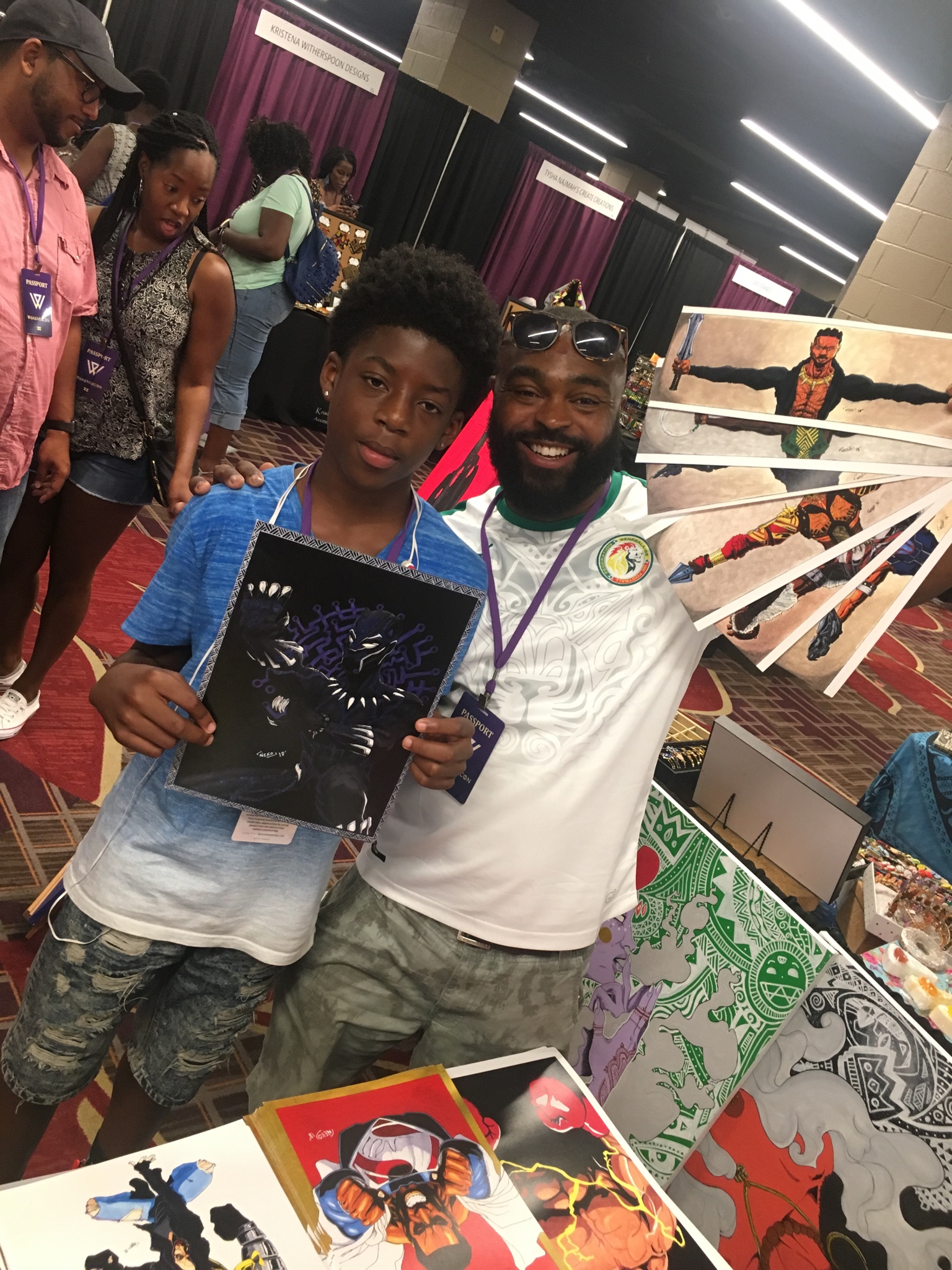 For cosplayers and lovers of afrofuturism, WakandaCon was more than a plethora of unforgettable experiences; this convention became a new home, where the community expressed their love for the comic world, the arts, and our people all in the same space, at the same time. 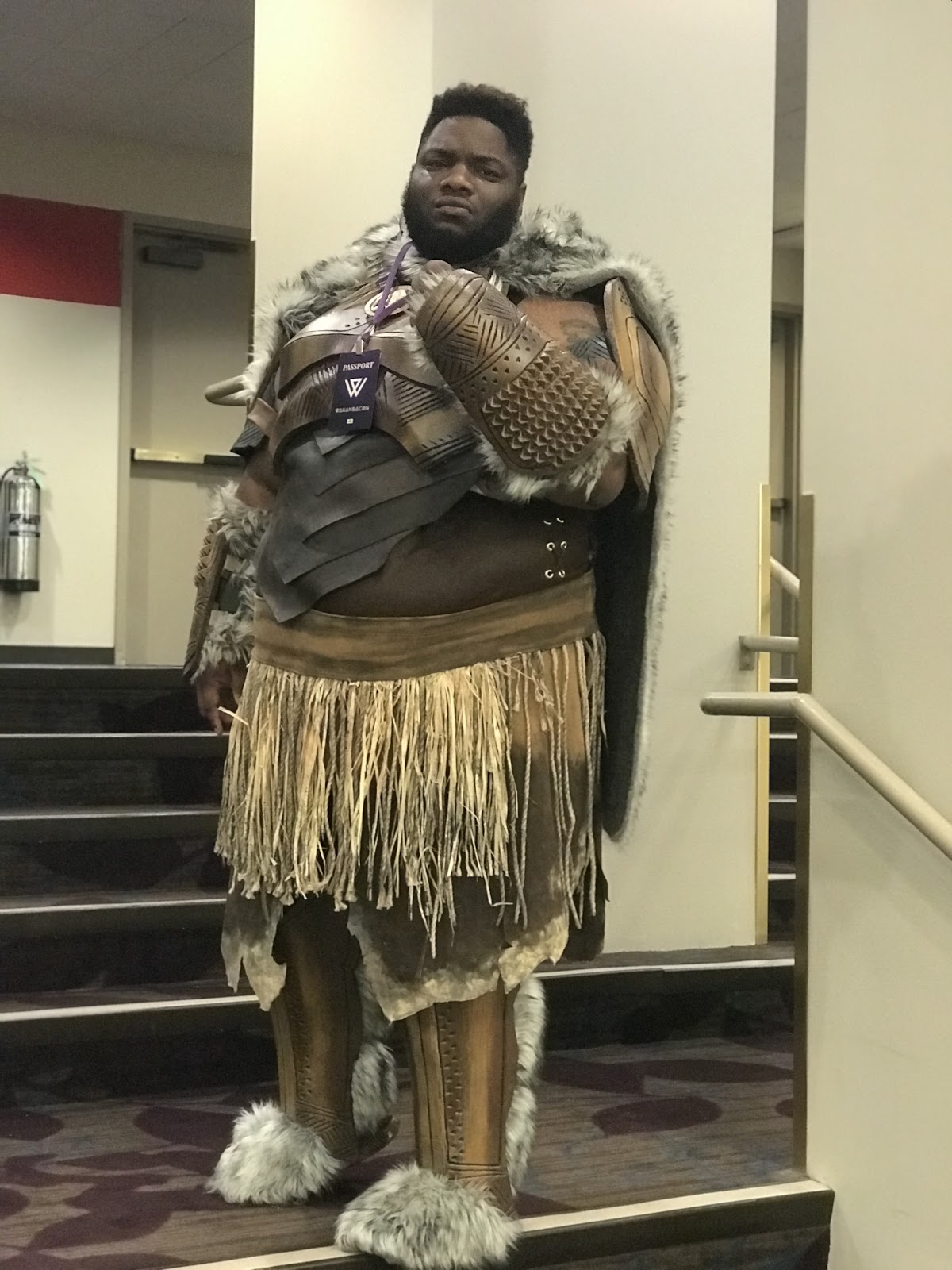