Toronto-based creative agency Sunday School showcases the beauty, pain and joy of fros and Black coils, in their multimedia exhibition “The Hair Appointment.”

After Creative Director Josef Adamu founded Sunday School in May 2017, his business partner Malik Sulieman joined the team as a producer almost two years later (after "The Hair Appointment's second showcase). Together they are working with a phenomenal squad to celebrate, admire, educate and express our glorious Black manes via “The Hair Appointment,” a specially curated photography and video collection.

"Raised in an environment where my aunt did a lot of hair — she had her own salon — I was always intrigued by the idea of telling the story through that lens," Adamu said.

When “The Hair Appointment” idea came to Adamu, he knew he had to include as many brilliant folks as possible. He rounded up makeup artist Ernest Robinson, wardrobe stylist Habibat Adetonwa-Julmat, producer Helena Koudou, photographer Jeremy Rodney Hall and filmmaker Sooflight.

"We sat down for weeks prior to actually planning it out. I'm based in Toronto. They're based in New York. [...] It really took two to three months to really put it all together and package it," Adamu told Blavity. 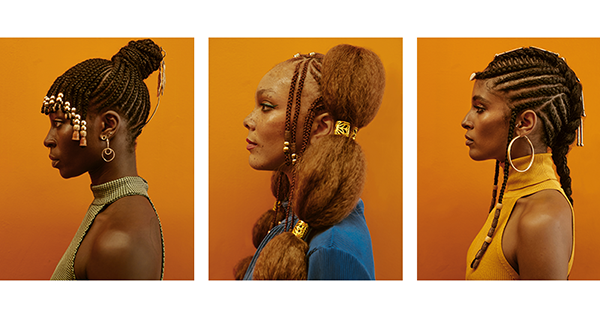 All that planning paid off. Since posting the completed project online in August 2018, “The Hair Appointment” has caught mass audience attention, receiving coverage from Elle, The Cut, Vice, OkayAfrica and other large media platforms. The videos and images in “The Hair Appointment” emote so many Black hair experiences. In one clip, a young girl sits on the floor crying, while a woman gently parts and braids her hair. After the dreaded combing session, the girl smiles.

“You're done,” the woman says with a singsong tone.

How many Black girls can relate to that anticipated moment?

Aside from the relatable visuals, there are images with strong artistic appeals giving a Spike Lee, Crooklyn vibe. Any art enthusiast would be enamored; it's no wonder the digital project has become a successful traveling showcase.

"If you think about hair for Black women, it really is a majestic experience. Especially as you look at the experience of getting your hair done as a kid, and growing up, and me witnessing that with cousins and being in the house with my mom […]; seeing how important and how different it is for Black women compared to anyone else in this world," Sulieman said.

At the Brooklyn, NY, interactive exhibit, which was hosted in partnership with OkayAfrica in November 2018, “The Hair Appointment” became an emotional interactive experience. Okay Space Gallery was strategically transformed into a salon with the classic hairspray smell and hair shop tunes floating through the air. An "I Remember When" board encouraged guests to write and post sticky notes of their fondest “hair done” moments. In addition to the photographs and looped videos, hair braiders and magazines with distinct hair-themed crossword puzzles were on display.

According to Adamu, tickets for the event sold out within one week. Guests bonded, sharing good and bad hairdo experiences.

"If they wanna come, they're coming into this world and your gonna get the full experience, and you're gonna be in this community," Sulieman said. 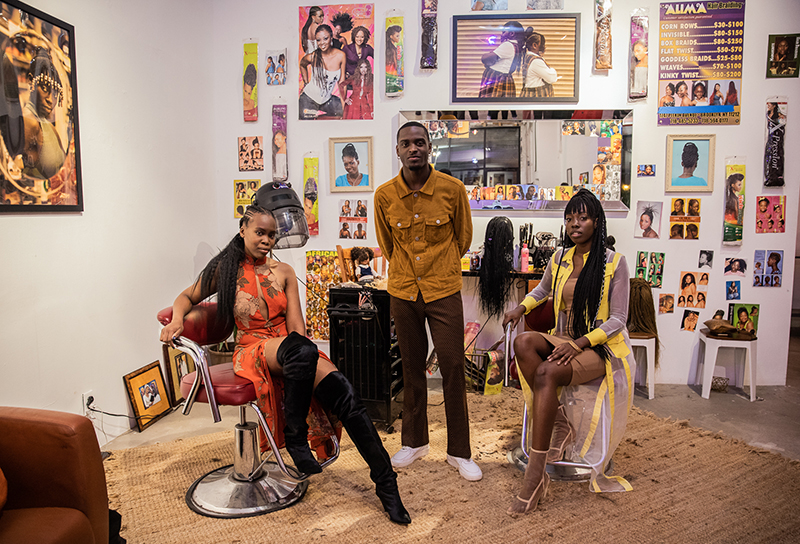 "It was more of a gallery experience where you just come and experience the photos," Adamu said.

The event provided a great opportunity for Adamu and Sunday School photographer Hall to interact with the Oakland art community.

Clearly, “The Hair Appointment” exhibit doesn't show any signs of slowing down. The next stop is London's Peckham Palms on August 17, 2019. Known as "The Palms," the beauty plaza is located in the middle of Peckham London, and it couldn't be a more perfect match for the Sunday School hair project. The Palms houses over 30 Black-owned beauty, hair and lifestyle businesses. Its entire mission is "to support and grow business ventures led by Black women, to create more diversity and equality within the hair and beauty sector." Adamu and Sulieman both agree that The Palms' mission aligns with many of the goals Sunday School accomplished at the Brooklyn exhibit.

"The goal with London is really collaborating with a lot of the local Black women artists, and curators, and hairstylists and entrepreneurs — and create a space where it's by them, for them. And really getting that hybrid of admiration, self-expression, community and education; really telling that story and bringing that experience to life," Sulieman said. 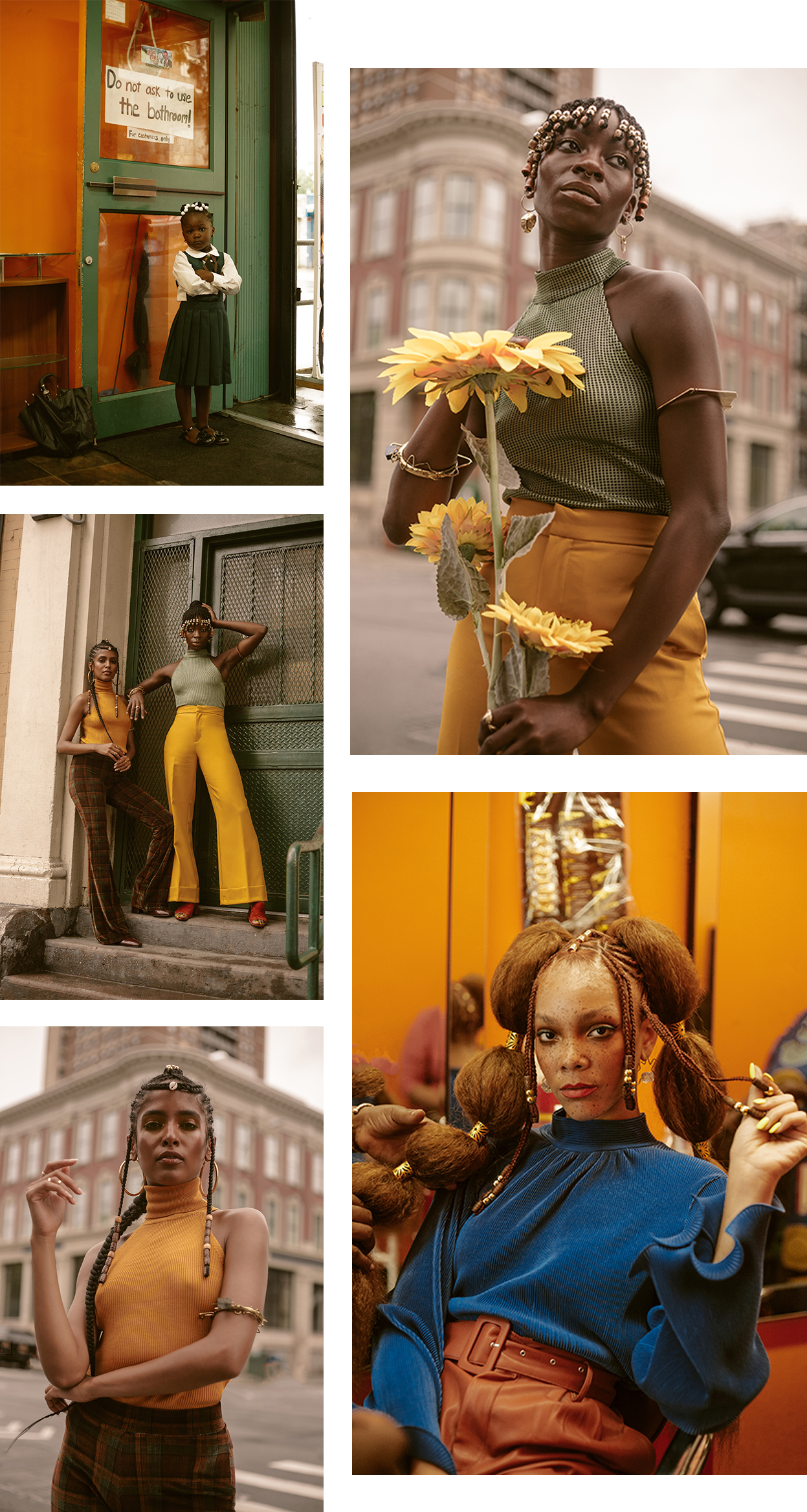 Adamu intentionally sought out collaboration with talented Black women while putting “The Hair Appointment” project together. He praises Adetonwa, Koudou and the other women who partnered with Sunday School to execute the vision. The synergy between the team created an authentic catalog of beautiful hair visuals that reclaim Black hairstyles and educates as it engages.

"A big portion of Sunday School, apart from the creative side, is the educational side, as well. Just applying elements that can teach someone — whether they're Black or not — about how things are. ‘The Hair Appointment’ was an extreme tool for that," Adamu said.

After London, Sunday School plans to continue meeting the demand for “The Hair Appointment,” with hopes to take the project to West Africa sometime in December. Atlanta, Los Angeles, Brazil, Lagos, Ghana and South Africa are just some of the various cities and countries the guys brainstormed through. When it comes to pushing Black narratives and partnering with like-minded brands, Sunday School is excited for what “The Hair Appointment” and future stories will do.

"I'm still overwhelmed by how far it's come. Considering this came out in August 2018 and it's still being told as a story," Adamu said.

Dear Black Girls: You Don't Have To Explain Your Hair To The World

Why The Importance Of Black Hair Can't Be Ignored