Titus has returned, and he's better than ever. The infamous "Peeno Noir" creator and Pinot Noir enthusiast, Titus Andromedon (played by Tituss Burgess) has finally returned to our screens. With the addition of Unbreakable Kimmy Schmidt’s second season to Netflix, we can’t help but sing our excitement from the hilltops — similar to the way Titus might sing a line from one of his favorite musicals
In honor of his rousing return, here are some of our favorite Titus moments from Unbreakable’s first and second seasons. Because you can never have enough Titus

Titus serves up some of the best (and weirdest) one-liners, from “we buried a robot together” to "I’ve decided to live as a bed from now on." 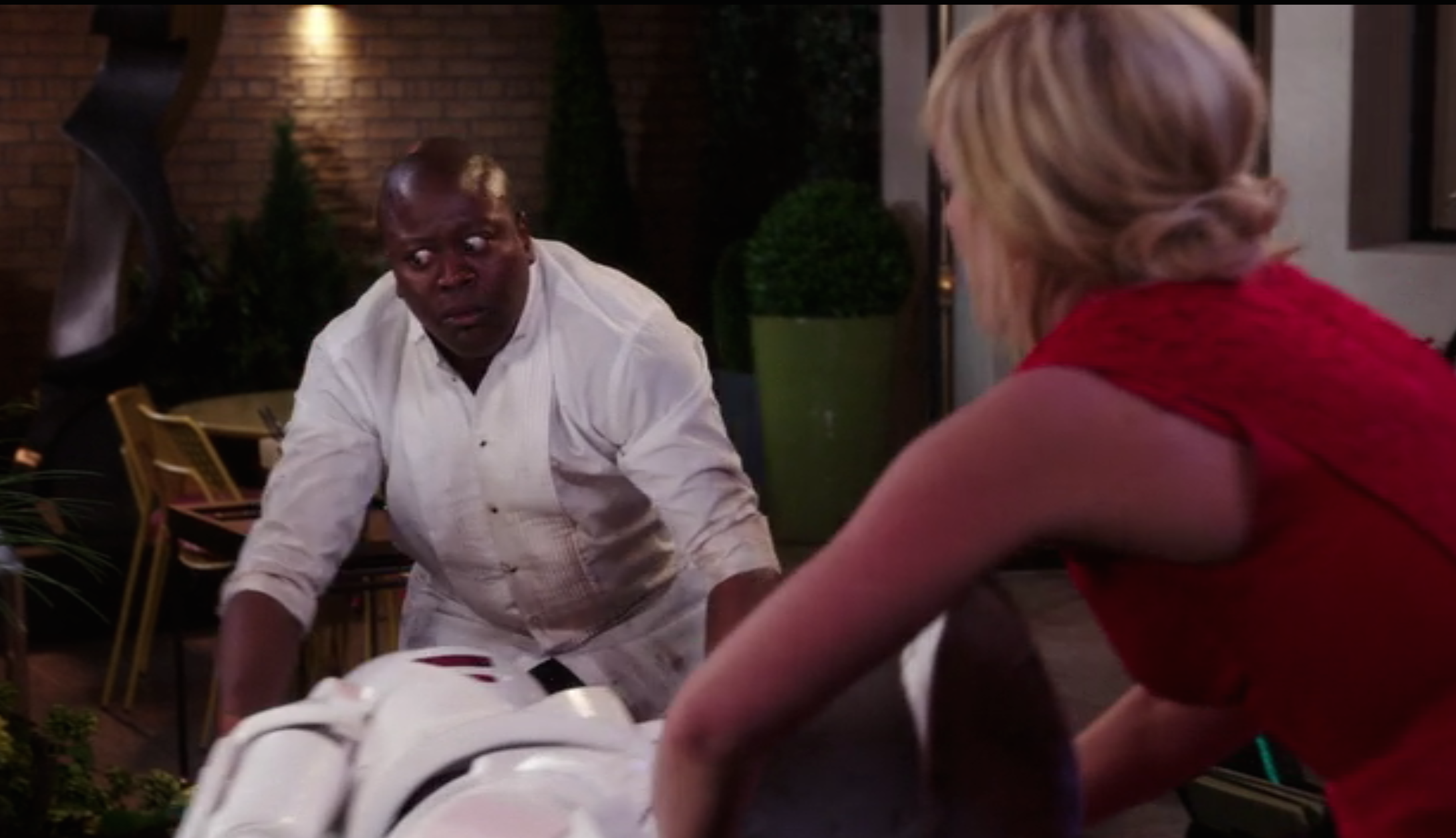 He stays putting white people in their place.

His eye rolls are on another level of epic.

He has come up with several clever nicknames for Kimmy — Kimberlake, Kimbrella and Kimstagram, just to name a few.

His dramatic exits — particularly from his wedding, or what he calls “the biggest mistake of his life” — only add to his eclectic personality.

Photo: Giphy We get to know Ronald Wilkerson, aka Titus Andromedon during his younger years, and his ex-wife Vonda, a beautiful black woman who has beautiful black hair.

We also get to meet a few of Titus’ other identities, which include (but are not limited to) a Japanese geisha named Murasaki, a slave named Cyrus, a French aristocrat named Alphonse and Argos, the pug dog. 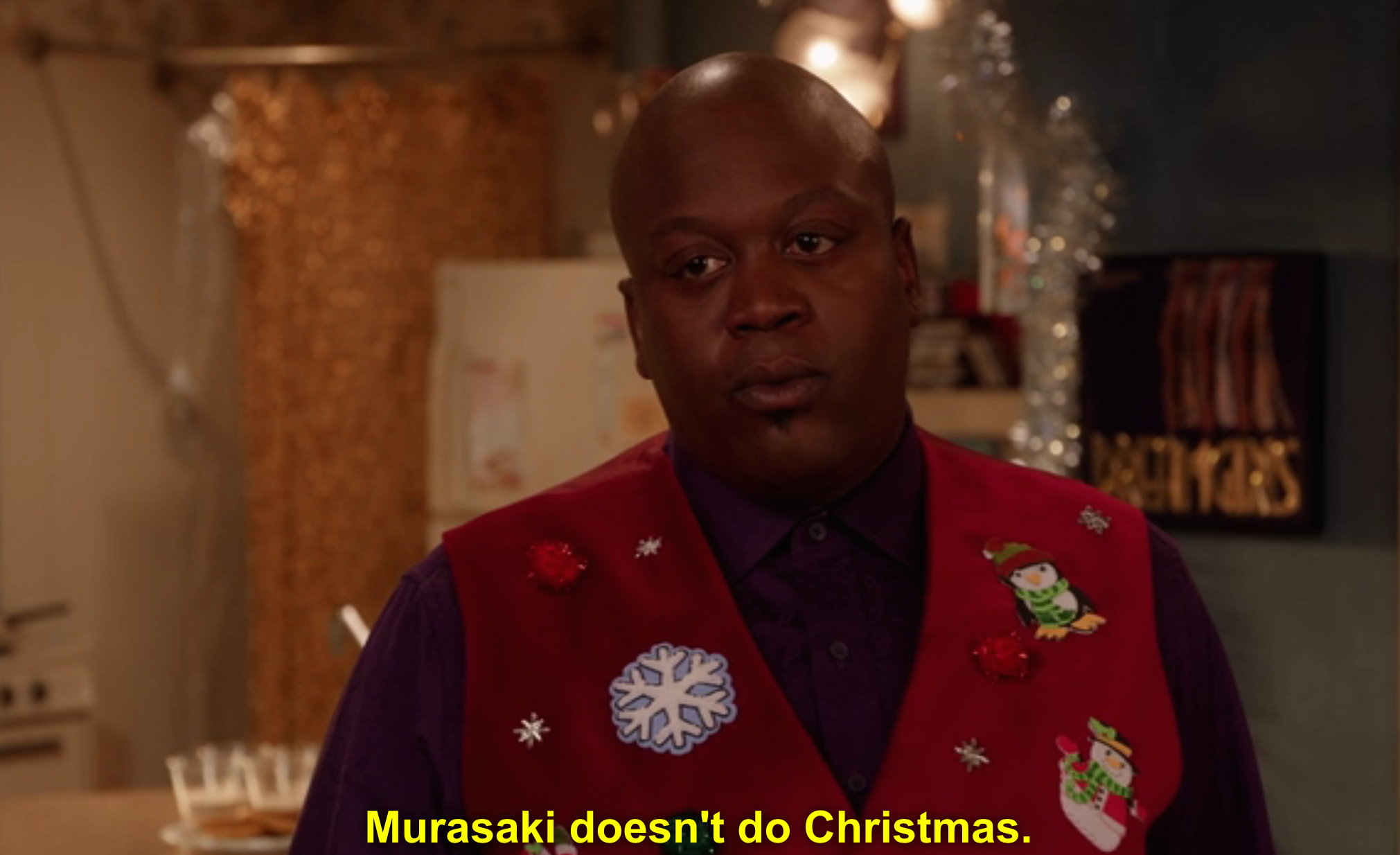 Titus is actually pretty awkward like the rest of us.

And he can be a little grumpy, too.

But it’s only because he shares some of our same insecurities.

And he does love his friends. Even if he might show his love in an off-beat way...

...He’s always down to help Kimmy when she needs it.

...Which prompts him to give the coming-out speech he’s waited 20 years to voice.

Titus (strangely) befriends a teenage boy, who starts off asking Titus to buy him rated-R movie tickets, but ends up teaching Titus about his dreams beyond making it big on Broadway.

If you think about it, Titus fights prejudices and stereotypes every time he leaves his apartment.

Who could forget the time he chose to live as a werewolf, teaching himself and all of us a lesson about racism?

Or the time he hired a “straight coach,” and learned that masculinity doesn’t have to be defined in a single, limited way.

And, of course, his most timeless moment all — his "Peeno Noir" music video

But the most important thing about Titus is his relatability

Photo: Giphy He's silly and fun, but he’s also scared to take on his dreams, and he struggles like we all struggle. At the end of the day, the show is all about learning to deal with your problems. Titus confronts his — all while remaining unapologetically black and gay. His personality, identity and strength are part of what makes this show so engaging


Have you binge-watched all of ‘Unbreakable Kimmy Schmidt’ season two? Tell us what you thought by sharing and commenting on Facebook!

READ NEXT: Why we need more diverse bodies in film and television