Malia Obama, the oldest of President Obama and Michelle Obama's daughters, will be following in her parent's footsteps and attending Harvard University. Although this is Malia's final year in high school, she plans start in 2017 following a gap year

Photo: giphy In Obama's speech at the White House Correspondents' dinner he mentioned that the family will be staying in DC so that their youngest daughter Sasha can complete high school. There's no word on whether or not Malia will be there with them, but whatever she does we're sure that she'll do it well
When Twitter found out, most people were overwhelmed with joy. 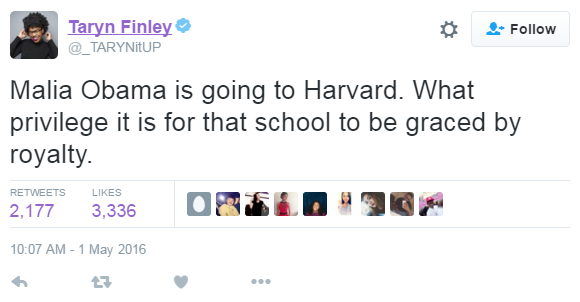 Until the tweets questioning her intelligence began to appear. 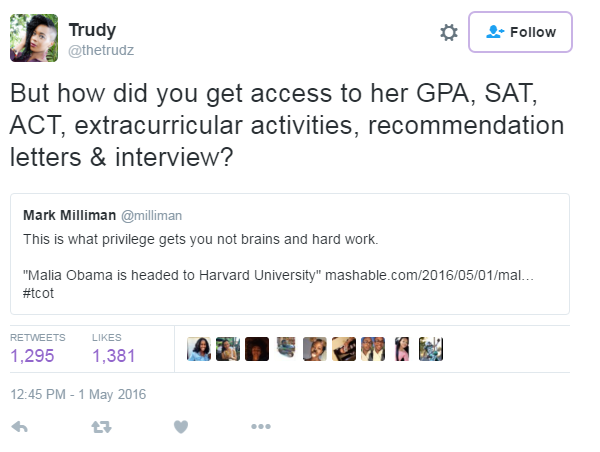 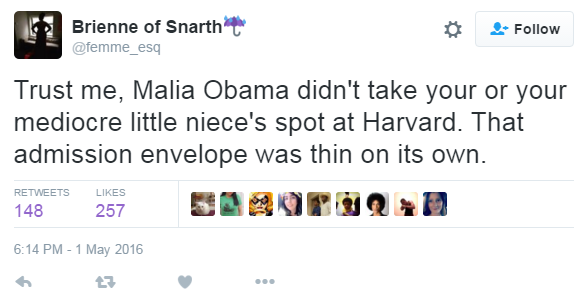 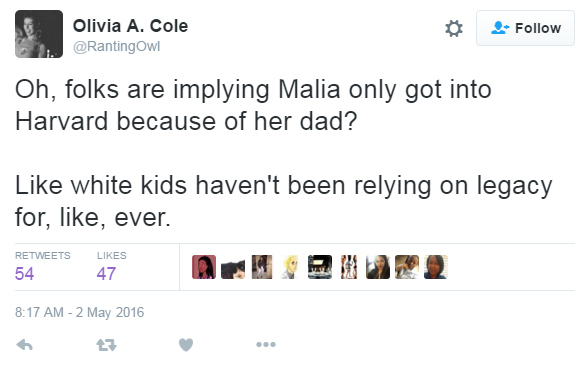 READ NEXT: Larry Wilmore delivers a roast that will burn for ages at #WHCD2016