What Does Being Mixed Even Mean?

A cat greets me at the door as I step across the threshold into a quaint Philadelphia row house just like the one across the street where I’m staying. I feel ghosts, small people with bonnets and buttermilk. Lots of memories, in the carpet, the photos and all the knick knacks in my periphery as I walk towards the glow of the kitchen. Erica apologizes for being a “mess,” her hair not quite dry. Hair, always dictating how we feel. I understand, grateful that she’s let me in before it’s perfect. I barely notice, thinking only that she doesn’t look half black, maybe Puerto Rican? I try and look closer without seeming creepy, scanning her features for a sign of Blackness. I think I catch a hint. The stuff in here isn’t hers, it’s older, from another time.Who lives here? Her mother is sick, so Erica is taking care of her house while she recovers. There’s a sadness in her eyes, a weariness telling me she’s been caring for her mother longer than a child should
A Delftware plate hangs over the entrance to the kitchen. Who’s German? Dutch? I wonder, thinking of my mom’s penchant for the same blue and white ceramic style. My mom’s Afro-Cuban but my mother and father are both Pennsylvania Dutch so they had a similar upbringing. Dutch actually comes from the German word, “Deutsch,” it’s a common misunderstanding that it means Dutch. This is the first I’m hearing of black Pennsylvania Dutch. A cat jumps on the table and she pets him nervously, asks if I mind. I don’t like cats but in this moment his presence comforts me. The two of us, both strange and familiar, sharing the tangible self-consciousness of one who’s never quite fit in. The Pennsylvania Dutch value their traditions above all else. So even though my white grandfather was initially upset that his son was dating a black woman, when my mom invited him over for dinner and cooked Pennsylvania Dutch, she was immediately accepted into the family. I leaned in closer and say yes to a cup of tea 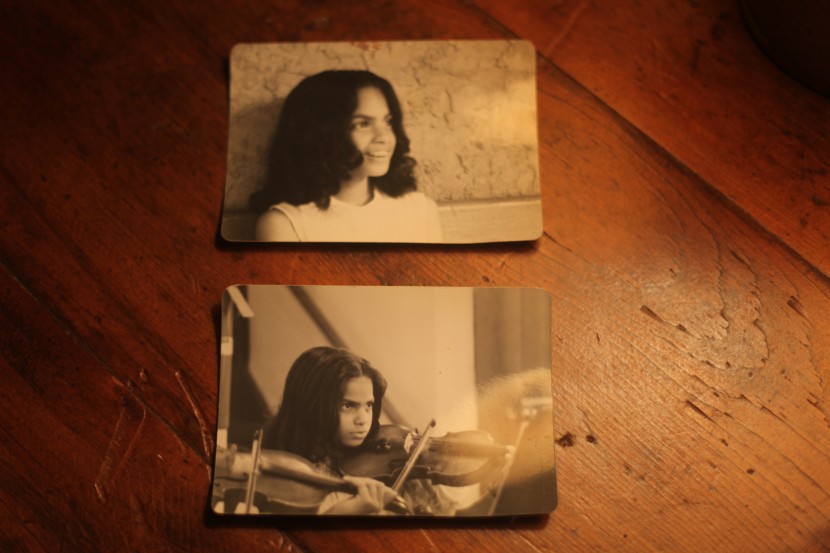 I’m really into genealogy, I’ve discovered that my mom might be related to James Buchanan. James Buchanan is the only president from Pennsylvania, he freed his slaves. And it seems, took a special liking to at least one of them. Not surprising, but hearing it aloud unsettles me. That Erica could be his descendant, doesn’t know for sure and probably is. That there are thousands of such denied offspring strewn throughout this home of the brave is something my mind doesn’t want to think about. All of them victims of violence even if sometimes tinged with love, not privy to the advantages enjoyed by their white fathers. Not given the human right of acknowledgement. Of belonging. My mind spins. What does mixed even mean? How do we define it? One parent who identifies as one race, and the other as another? Suddenly this project seems overwhelming and futile. Or maybe like everything, it’s just not black and white
More next week! Miss Part 1? Check out the intro to Abby Allen's Perfectly Mixed Series.

What did you think of this story? Share it with a friend below and let us know on Twitter.