Why the MOVE bombing is so relevant today

I will never forget hearing about the MOVE bombing for the first time. I was in eighth-grade and activist Romona Africa along with other members of the group visited our school to give first-hand accounts of what happened May 13, 1985 on Osage Avenue in West Philadelphia. It was the day then police commissioner Frank Rizzo decided to literally bomb the home of the organization, killing and injuring women, men, and children and destroying over 61 homes – all under the eye of a Black mayor, Wilsone Good. 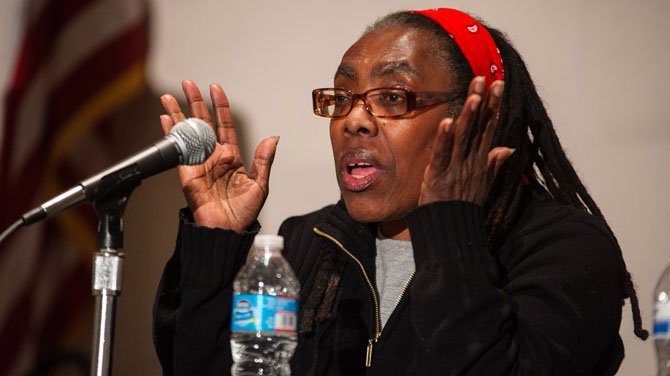 MOVE had been in conflict with the local law enforcement for some time over their goal to live a peaceful, alternative, and self-governed lifestyle. Tensions rose and the fact that MOVE members believed in their right to bear arms, eventually led to Rizzo and Good’s erratic decision to bomb the home.

Hearing from Romona Africa that day left such an imprint on my mind, especially regarding the reality of state violence. As I moved into higher education, I found out just how unknown this unimaginable act of police terrorism was and I wondered how such a crime could be overlooked so often throughout our history classes and discourse. In a recent NPR feature, journalist and Philly-native Gen Demby unpacks what went down on that chilling day:

“As the residents were evacuated from their homes ahead of the showdown, the police told them to take some clothes and toothbrushes. They should be back in their homes by the next day, the police said. There were nearly 500 police officers gathered at the scene, ludicrously, ferociously well-armed — flak jackets, tear gas, SWAT gear, .50- and .60-caliber machine guns, and an anti-tank machine gun for good measure. Deluge guns were pointed from firetrucks. The state police had sent a helicopter. The city had shut off the water and electricity for the entire block. And, we’d come to learn, there were explosives on hand.

Now, with the help of newly emerging discussions and the 2013 documentary “Let the Fire Burn”, more people are becoming aware of the MOVE bombing and calling attention to it’s historic and present day significance.

Such an important documentary. #LettheFireBurn

Centering MOVE in the history of black radical activism illuminates so many salient issues:

In the wake of the armed Oregon militia taking over federal buildings, both the casual response of the police and the media’s sugar-coated rhetoric has only solidified the reality of white privilege – even in acts of terror, and many writers are beginning to compare the treatment in Oregon to what happened in Pennsylvania.

“But the MOVE bombing was not an isolated event, and the treatment of white militiamen in Oregon is not a rarity. There have been some instances where violence against white extremists has been used, in Waco and Ruby Ridge, for example. But in the past and present, black people who use guns in self-defense have been disproportionately penalized. African Americans in Stand Your Ground states are 354 percent less likely to be justified for killing in self-defense. And studies show that police are more likely to use physical force against black people.” – Carimah Townes via Think Progress

As enraging and hurtful as it is for many to recall the events surrounding the MOVE bombing, it’s important to keep this story alive; especially today in the current youth-led movement against police brutality. Being armed with as much awareness and insight on what has happened before, can better prepare us to face the challenges of injustice we face today.