5 Black writers who inspire me

Every writer has a list of writers who inspire them. In honor of both Black History Month and their career accomplishments, I've put together a short list of my favorite writers and why I admire them. I would encourage those who read this list to leave their own list of writers or people who inspire them on their paths in life. After all, who doesn't enjoy a reminder of the greatness in our history and our present? 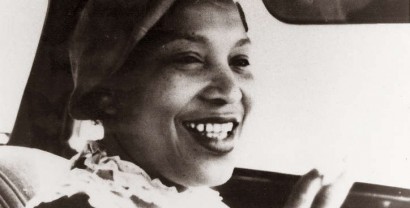 Photo: xroads.virginia.edu
Well, we share a birthday (January 7th) and her magnum opus that is Their Eyes Were Watching God is full of lines that illuminated life for me, especially lines such as "There are years that ask questions, and there are years that answer." Outside of her literary works, she not only questioned and challenged the racism in the publishing industry with essays such as "What White Publishers Won't Print" but Hurston was also an accomplished anthropologist whose work kept alive the languages and folklore which would otherwise have been lost in time. I remember reading
Their Eyes Were Watching God with a ravenous hunger, Hurston's command of both the "proper" English and the stylized diction of Ebonic dialect the equivalent of literary code-switching. Perhaps the greatest things to me about Hurston are her refusal to be contained in a box and her refusal to be defeated by racism, as indicated by this quote, "Sometimes I feel discriminated against but it does not make me angry. It merely astonishes me. How can any deny themselves the pleasure of my company? It's beyond me." 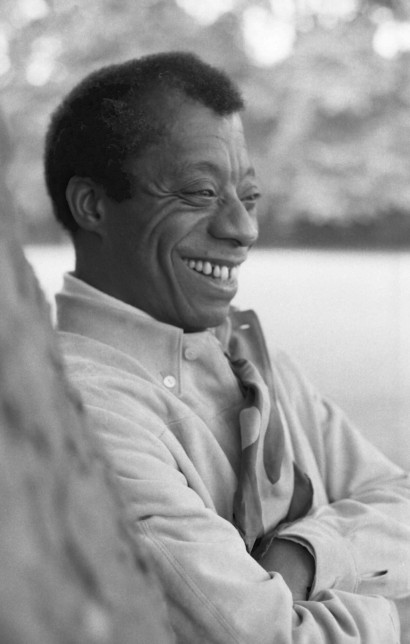 Photo: beaconbroadside.com I mean, it's James Baldwin. Enough said, right? He is probably the foremost black thinker and writer of the 20th Century, still revered today by many as the consciousness of the Civil Rights Movement. Other than Malcolm X, there were none better than Baldwin at speaking truth to power in both poignant and pointed language. Baldwin was not only a powerful truth teller in editorial form and function, but he was a powerful truth teller in other mediums. His masterpiece,
Giovanni's Room, explores Black sexuality with power and vulnerability and lead to much speculation that the work was actually concerning Baldwin himself. Baldwin was also an exceptional playwright and poet. Baldwin's words still inspire revolutions and revolutionaries today because not much has changed in America since he penned the words "To be a Negro in this country and to be relatively conscious is to be in a rage almost all the time."

Photo: newyorker.com Langston Hughes is widely considered the most prolific poet of the 20th Century — with good reason. Dealing with subjects such as racism, inequality, power dynamics, political assassinations and commemorating black joy, his catalog is the complete black experience in verse. Perhaps it's this versatility that has lent to his longevity on the black American bookshelf, and perhaps it's the variation in the feeling and the length of his pieces that inspire me as a poet. Every poet hopes that our words will outlive us, and that's one thing that inspires me when I think of Hughes' work. It's not only the substance with which he writes but the timeless quality of his work — work that reflects the times but still speaks to us nearly 50 years after his death. I think that's what we all strive for as writers, as poets, even if we never say it. We want to be remembered 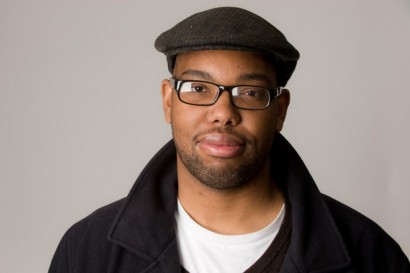 Photo: Washingtonpost.com I first became acquainted with Ta-Nehisi Coates when I read his long-form piece breaking down the multi-generational, multi-layered case for reparations. Coates builds his case around the benefits that white America generally has reaped from slavery, segregation, housing discrimination, redlining and other legally-enforced forms of profiteering from the denial of rights, wages and inclusion of black Americans in society. Coates garnered much praise and equal amounts of criticism over the past year for his award-winning narrative non-fiction work, regarding the relationship between blackness, violence and perception entitled Between the World and Me, written as a series of letters to his son. Coates, much like Baldwin, is not one to shy away from hard truths and criticism of those who are in power and those who don't use their power to deconstruct inequality and restore imbalanced power dynamics. Criticism of President Obama's policies, drone usage, his propensity to talk at black America as opposed to assisting black America, coupled with his criticism of Bernie Sanders' seemingly hypocritical stance on reparations has positioned Coates as one of the foremost voices that will hold those in power to their words, positions and promise 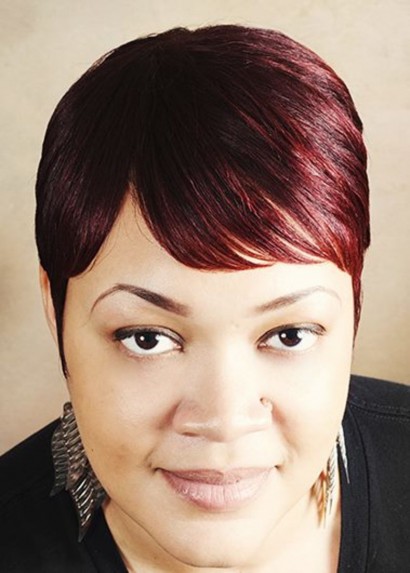 Photo: xojane.com A Senior Editor at The Root, Kirsten Savali West writes with one mantra in mind, "make it plain," as she deals with white supremacy, patriarchy, misogyny and other issues. Southern born and bred, her work is infused with the kind of passion and energy that most would not attribute to those of us south of the Mason-Dixon line. West's work is provocative, informative, introspective and penetrating. I often call her my writing role model because of her propensity to keep her writing clear of the kind of fluff that can sometimes obscure good points. She uses her pen like a weapon, questioning and obliterating arguments which would demean her blackness, her feminism or her intellect, neither of which should be questioned

Which black writers inspire you, and how? Let us know below, and share!