9 Black Congressional Candidates To Watch During The 2020 Election

Black candidates are looking to make history in a number of key races across the country.

In addition to a monumental presidential election, this year's Election Day will also decide a number of important races for Congress, governorships and various statewide offices.

Black candidates are looking to impact a number of key races. Here is a look at nine congressional candidates and races to watch this fall:

Marquita Bradshaw's campaign site describes the candidate as “a lifelong Tennessean, a working-class woman, and a single mom.” An environmentalist, Bradshaw came out of nowhere to defeat the Democratic Party’s favored choice, Army pilot James Mackler, in the state’s Democratic primary. Bradshaw pulled off the upset despite raising only $24,000 to Mackler’s $2.1 million. She is running in an open election against Republican businessman Bill Hagerty, a Trump ally, and several independent candidates. In keeping with her environmentalist roots, Bradshaw’s platform includes supporting the Green New Deal, as well as a living wage and criminal justice reform. Bradshaw, deemed “the Memphis Miracle” by The Tennessee Outlook, is looking to pull off another upset by beating Hagerty in November.

Watch her discuss her platform below:

My name is Marquita Bradshaw, and I am fighting to be your next U.S. Senator because I believe in:

Former U.S. Secretary of Agriculture Mike Espy is in the midst of a rematch. After narrowly losing a special election to Cindy Hyde-Smith in 2018, Espy is again challenging Senator Hyde-Smith for the senate seat she now holds. Hyde-Smith has refused to debate Espy this year. Perhaps, she's worried that she will say something to get herself into trouble. As Blavity previously reported, the senator made light of lynching when speaking to supporters in 2018. 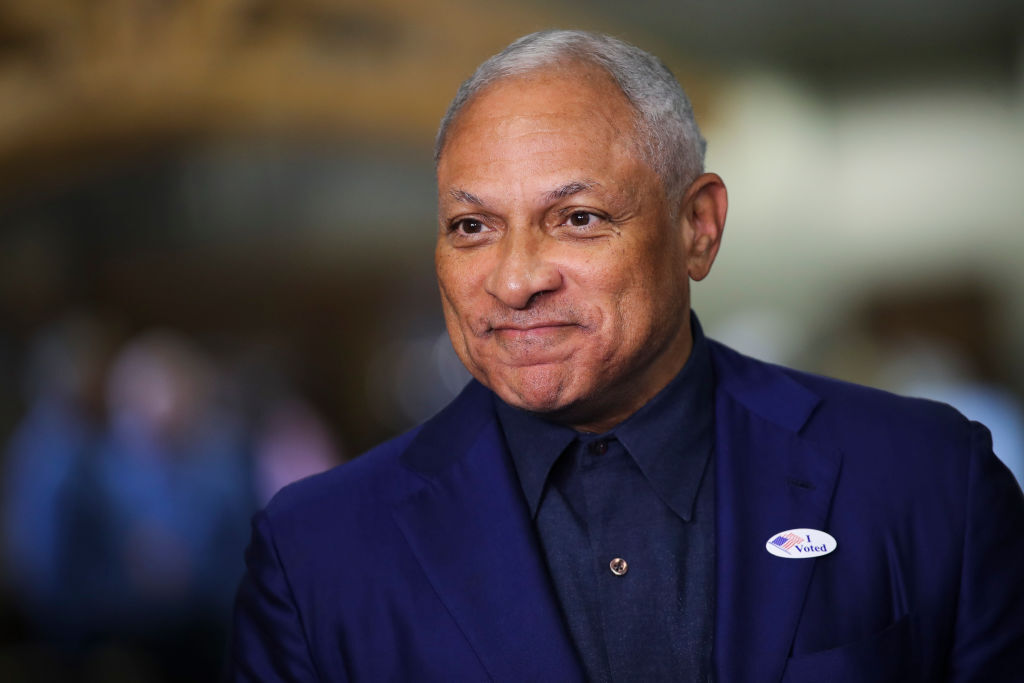 As reported by the Daily Journal, Espy has made healthcare access the centerpiece of his campaign. He has an uphill battle to win the heavily red state, but his strong showing two years ago and the fact that Mississippi has a higher percentage of Black citizens than any other state both give Espy a fighting chance, especially if Black turnout is high in November.

Jaime Harrison, the former chair of the South Carolina Democratic Party, is looking to unseat Senator Lindsey Graham, one of Donald Trump’s biggest supporters in Congress. As Blavity previously reported, Harrison made quite the impression last week when he showed up with his own plexiglass barrier for his debate with Senator Graham. As described in a profile in Esquire magazine, Harrison is running a a moderate Democrat. He supports environmental responsibility and affordable healthcare without endorsing the Green New Deal or Medicare for All. 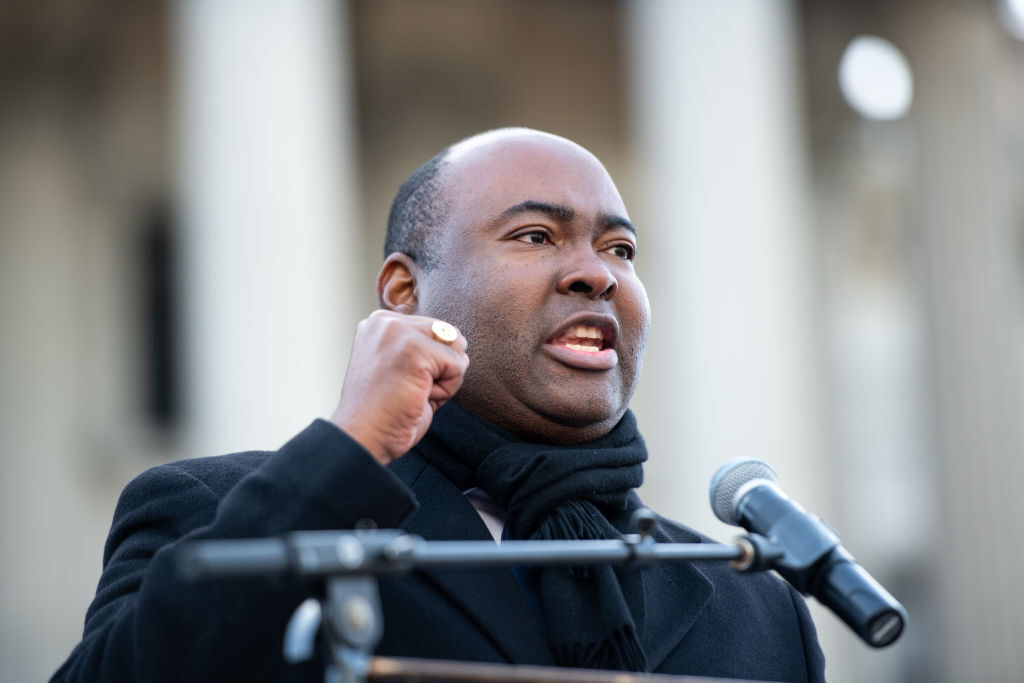 He’s also emerged as a voice for racial justice in a state with an especially unique history of oppressing Black people. All recent polls show the race between Harrison and Graham to be a virtual tie. Should Harrison win, it would make South Carolina the only state represented by two Black Senators (Republican Tim Scott also represents the state) – not bad for the place which became the first state to secede from the Union over a want of upholding slavery.

Danyell Lanier’s identity as a Black woman and a member of the Cherokee Nation make her stand out among congressional candidates — as does her history of honorable service in the U.S. Navy, which includes serving on a ship that helped to rescue Captain Scott O’Grady in Bosnia.

I am a navy veteran who believes the highest honor is to serve one’s country with integrity. If you are tired of Mullin’s antics, I invite you to stand with me as I fight to restore honor to Oklahoma’s 2nd Congressional District! https://t.co/JsL5hXLiCq
pic.twitter.com/vLhc530UiT

Shreveport Mayor Adrian Perkins and incumbent Republican Louisiana Senator Bill Cassidy are one of 15 candidates running for Cassidy’s seat in November. Should no candidate win a majority of the vote, the top two finishers will face off again in December.

Perkins, who is also a Harvard Law School graduate and an Army veteran of the wars in Afghanistan and Iraq, is the most high profile democrat in the race. His platform includes protecting vulnerable populations in Louisiana, including seniors and veterans.

Should Candace Valenzuela win, she will be the first self-identified Afro-Latina woman in Congress. She hopes that her life story, which includes homelessness, a chronic health condition and single motherhood, will resonate with voters in the Dallas area.

In addition to battling COVID-19 in Texas, her platform Includes criminal justice and immigration reform and protecting women’s right to choose. Should Valenzuela win the open election, which features Republican, Libertarian and Independent candidates, she would be part of a blue wave that is poised to sweep across Texas. Check out her first TV advertisement below:

Growing up, we didn't have much. But I rose up — and became the first in my family to go to college.

I’m running for Congress to make sure everyone gets the opportunity I did.

As Blavity previously reported, Reverend Raphael Warnock is running in a special election to finish the last two years of the term of Republican Senator Johnny Isakson, who resigned for health reasons. Rev. Warnock has spent the past 15 years as senior pastor of Ebenezer Baptist Church, the historic congregation that Martin Luther King Sr. and Jr. led for many years. This year, he has presided over the funerals of Rayshard Brooks and Rep. John Lewis Republican Kelly Loeffler, who was appointed last year to temporarily fill the senate seat, is also running to hold on to the position, as are a number of other candidates. 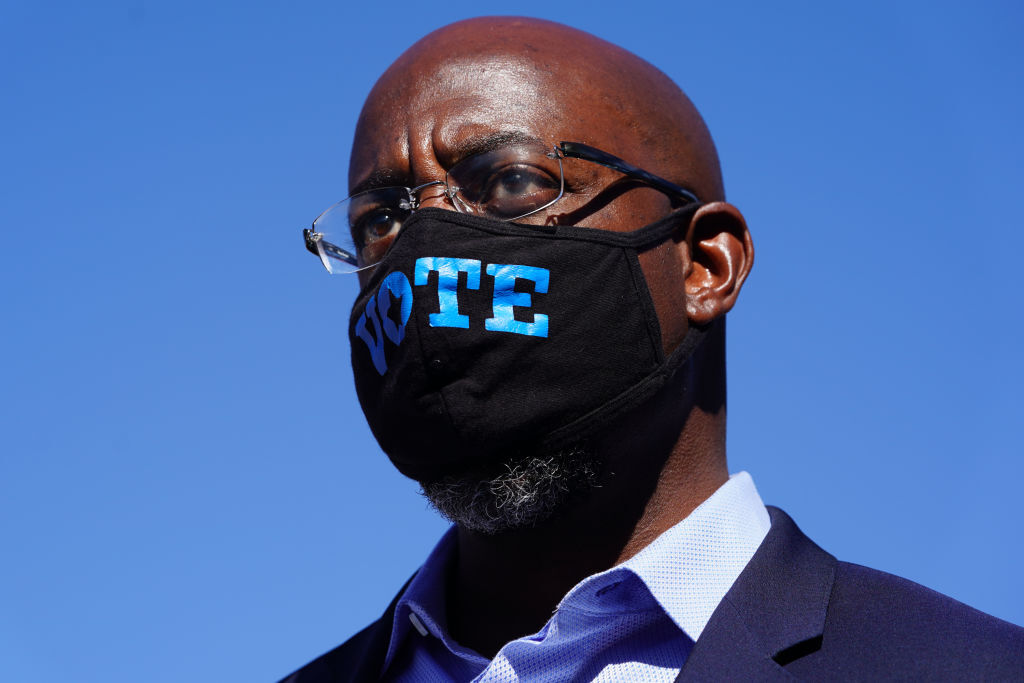 As Blavity has reported, Loeffler is the co-owner of the Atlanta Dream WNBA team who has opposed the Black Lives Matter movement in opposition to the team’s own players. Warnock, meanwhile, has the advantage of raising millions of dollars and gaining endorsements from Presidents Barack Obama and Jimmy Carter. The pastor, who is pro-choice and pro-LGBTQ+ rights, is hoping to be a voice for justice in Congress.

Cameron Webb has an impressive resume: he’s a medical doctor, a lawyer and a professor at the University of Virginia. His district is usually a Republican stronghold: Trump won the district by 11 points in 2016 and the area recently voted in favor of a Confederacy-supporting Senate Candidate.

But the Washington Post reports that recent polls show the race as a toss-up between Webb and Good.  Dr. Webb’s platform includes strengthening the Affordable Care Act (aka Obamacare) and criminal justice reform. If he wins, Dr. Webb will be the only Black physician in Congress as the country continues to deal with a pandemic.

His first campaign ad is below:

Allow me to reintroduce myself…

Our first TV spot of the general election is officially live and on the airways all across #VA05! This campaign is about putting people over politics to accomplish the things that really matter. So let's go get it! Are you in? #TheDoctorIsIn
pic.twitter.com/2NhkkFHoHi

A Black woman will take the late John Lewis’ congressional seat in January. November’s election will decide who that will be, as Democrat Nikema Williams
faces off with Republican Angela Stanton-King. Williams is Georgia’s Democratic Party chair and a current state senator. Stanton-King is an author and reality TV personality who received a presidential pardon from Trump in February for conspiracy charges and is a very vocal backer of the current president.

The two women differ on a whole range of issues, including abortion rights. Williams once worked for Planned Parenthood, while Stanton-King has attacked the organization on social media. The two offer radically different visions for Georgia, and Peach State voters will decide on Election Day which candidate will fill John Lewis’ huge shoes in Congress.

While not a congressional candidate, one other politician to pay attention to is Dr. Woody Myer, who's looking to be the first Black governor of Indiana and only the third elected Black governor in U.S. history. To do so, he’ll have to defeat incumbent Republican Governor Eric Holcomb and Libertarian challenger Donald Rainwater.