I had an unhealthy relationship with social media. I was constantly on my phone checking for the latest roast on my Twitter timeline or flex on Instagram. I couldn’t open a web browser without somehow ending up on Facebook. Once I actually got into Snapchat, it was over. I lived for moments to snap. Snapchat was an open book to my day-to-day life, as were all of my social media accounts. Life became hard. On days when I wasn’t the happiest, I felt a pressure to seem more okay than I actually was. I believed that if I didn’t keep up my current habits, everyone would know that I wasn’t okay. So, I decided to quit social media altogetther. The first week was the hardest. The last time I felt like this was when I gave up meat to become a pescatarian. Not posting on social media is one thing, but it’s another thing to fight the feeling that you need to constantly check for everyone else’s updates.

This is what happened:

Oh, the e-mails. There were so many e-mails that beckoned me to come back. At one point Facebook told me I had 288 missed photo tags, 5 messages and 200 notifications. How, Sway?  When I finally logged in to Facebook for the first time after my cleanse, I had no photo tags, 18 notifications and 2 messages. 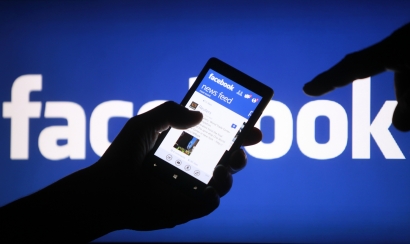 2. I literally couldn’t keep up with anything

With the cleanse came abandoning #BlackTwitter. I missed the clapbacks, the #OscarsSoWhite revival and everyone’s epic reaction to "Formation." Thank God for Blavity, because I wouldn’t have been able to keep up with the rest of the world without it. *Yes, that was lowkey highkey a shameless plug.

3. I realized that social media is like a drug

There are so many levels to this. From the likes to the retweets to the shares. It’s as if you’re in comeptition with yourself to level-up on your next post. We all know that Instagram’s new feed curation had all of us in our feelings. It can be unhealthy to subscribe to the idea your life is valued in social media interactions.

I only spoke to people who reached out to me or vice versa. I used to think that I was cultivating relationships by interacting with people via Twitter or by reading their Facebook status. This was a terrible false reality that I was living in.

5. I fell in love with music again

I spent time curating my Spotify playlists versus making sure all of the Snapchat stories in my feed were loaded for my communte. Alicia Keys, if you’re reading this, I’m probably the reason why Element of Freedom has had such a dramatic surge in plays over the past few weeks.

6. I became more attentive to myself

The more time that I spent disconnected from my phone, the more I thought of ways to better myself. I wasted so much time being encapsulated by social media that I forgot what it was like to actually think without it.

7. I began to feel left out

We all do that thing where we check other people’s social media to see what they’re up to. I knew nothing about what anyone was up to, and when I’d ask, they’d hit me with “didn’t you see my tweet/snap/Instagram post?” Needless to say, the stale face became the most used emoji in my phone.

This is shameful. Flex on Instagram once and you’ll never go back to real life.

I almost made it. It all started with an impulse decision to get a makeover at the MAC counter in Macy’s. Then, it was a mini shopping spree (I’d given up shopping as well) and next thing you know, I logged into my personal Instagram account. It was all downhill from there. If it counts for anything, I made it to day number 27 and I've still yet to return to Twitter. 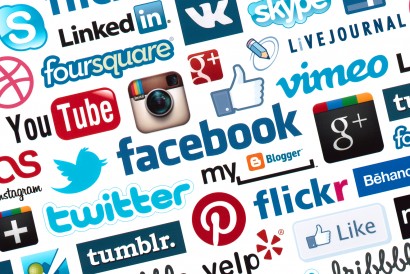 Photo: Forbes So what’s next? I gave in (and didn’t try to re-start), but I’ve made some promises to myself about social media. For myself, I will use social media in small and healthy doses, only share things that add value to my timeline and stop using Twitter as a stream of consciousness. It’s nice to drop off the grid and detox for a while. Social media is so ingrained in our society that it’s almost impossible to function without using any social media at all, but it can be done. Take time to return to the basics and see how it improves your life!

What are your thoughts on social media fasts? Let us know by commenting below!

READ NEXT: This woman is taking vegan cuisine to new heights and you’ll never guess her age