The 90s defined us all, whether it was what we wore, what we listened to and watched, or the politics of the decade. Here are 90 moments the decade gave us, which we will always remember!

1. The Internet becomes a thing 2. Mandela Nelson is released from prison

Photo: giphy 20. Spike Lee blesses us with Malcolm X 21. Toni Braxton becomes the 1st lady of LaFace 22. The Jacksons 5: An American Dream premieres 23. Dwayne and Whitley get married on A Different World

29. "What's Love Got To Do With It" - Tina Turner biopic played by Angela Bassett and her arms

Photo: giphy 49. The Million Man March takes over DC 50. East Coast vs. West Coast showdown at the Source Awards 51. On The WB (UPN) - The Wayans Bros.,Steve Harvey Show, Sister Sister, Smart Guy, For Your Love 52. Walter Mosely's Devil in Blue Dress becomes a film starring Denzel Washington 53. Montell Jordan - This Is How We Do It

Photo: giphy 58. C Bear and Jamal premieres on Fox Kids 59. Hey Arnold is added to the Nickelodeon line-up 60. The Olympics take place in Atlanta 61. Tupac is murdered in Las Vegas 62. The Fugees give the world the gift of The Score 63. The Jamie Foxx Show premieres 64. Timbaland introduces Supafriends with Aaliyah, Ginuwine, Missy, and more 65. "Moe to the E to tha" Moesha series premiere 66. The Nutty Professor hits theaters

67. Tiger Woods becomes the youngest to win the Masters

Photo: tumblr 80. The Chicago Bulls win their 6th NBA title in eight years. This is also Michael Jordan's last game as a Bull, clinching the game in the final seconds on a fadeaway jumper
81. Jay-Z's  Volume 2. ...Hard Knock Life is released 82. Brandy and Monica give us "The Boy Is Mine"

83. Serena Williams wins her first US Open at 17 84. The Best Man hits theaters 85. Lauryn Hill cleans up at the Grammys 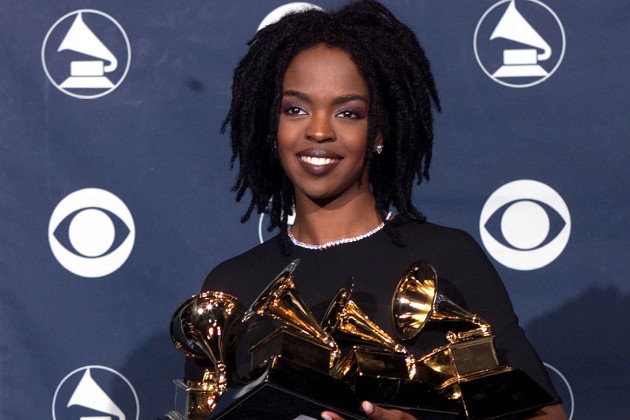 What do you remember the most about the 90s? Tell us in the comments.

READ NEXT: A Bad Boy reunion concert is really happening, here is the lineup