A Millennial Love Story: Learning To Love Through Transparency And Vulnerability

A conversation with Matthew and LaQuann.

Matt and LaQuann met as undergrads at Kent State when Matt was recruiting for a campus organization that he was the president of. LaQuann attended a meeting with a friend of his and Matt quickly approached him to help run PR for the org.

At that point, they began to talk and build a friendship and after graduation they went in separate directions, Matt to Milwaukee and LaQuann pursued an internship in New York. A little while later they found themselves both in NYC when Matt moved for grad school and took the chance to rekindle their relationship and grow to a move serious commitment.

How did you know you were ready to commit?

Matt: I came to NY and didn’t want a boyfriend until I finished my masters degree. I realized that I could date him and we could be together and I could still focus on my work. Dating him put me more into my work in a way. He was an artist I admired before he was my boyfriend. There was something about being in a relationship  with him that made me feel better, like I was finally building something with someone that’s substantial.

Do you think your relationship inspires people?

LaQuann: Yes, he has this thing with being “couple goals” he doesn’t like that and we get it alot. For him it’s a type of pressure. He wants that to not be the cornerstone of our relationship or the only thing people pay attention to.

Matt: When I was a kid I think I may have had a gay uncle but I’m not sure, but I didn’t have any gay people around me that I could talk to so I was on Tumblr looking at black gay couples because it was inspiring, it was cute it was nice to see these images. I understand that me and LaQuann dating it’s just nice to see two black men get along. I understand the “goals” part, I guess my resistance to it sometimes is that I want my work to be appreciated by my community. I don’t only want to be a part of a relationship. It’s important to me that I’m a writer and a filmmaker and I’m telling these stories. People like pictures but it’s like, support the work. We hold each other down and support each other and our work is the main way we support each other.

What would you say is the hardest part about being a millennial in a relationship in today’s climate?

Matt: The internet is a thing and the internet is weird and it’s something everyone is still figuring out. Being in a relationship online automatically makes your relationship a show in a way that if we weren’t online we’d just be dating.

LaQuann: Where he is bothered with things, those things do not bother me. I don’t feel like people are trying to pressure me or make things difficult. It’s like, where things feel difficult for him I have to deal with them and talk him down. I care about a lot of things but a lot of them are related to him, my hair and my work. I care about very little else. The things that bother him are good things, for example, how people are calling us couple goals. 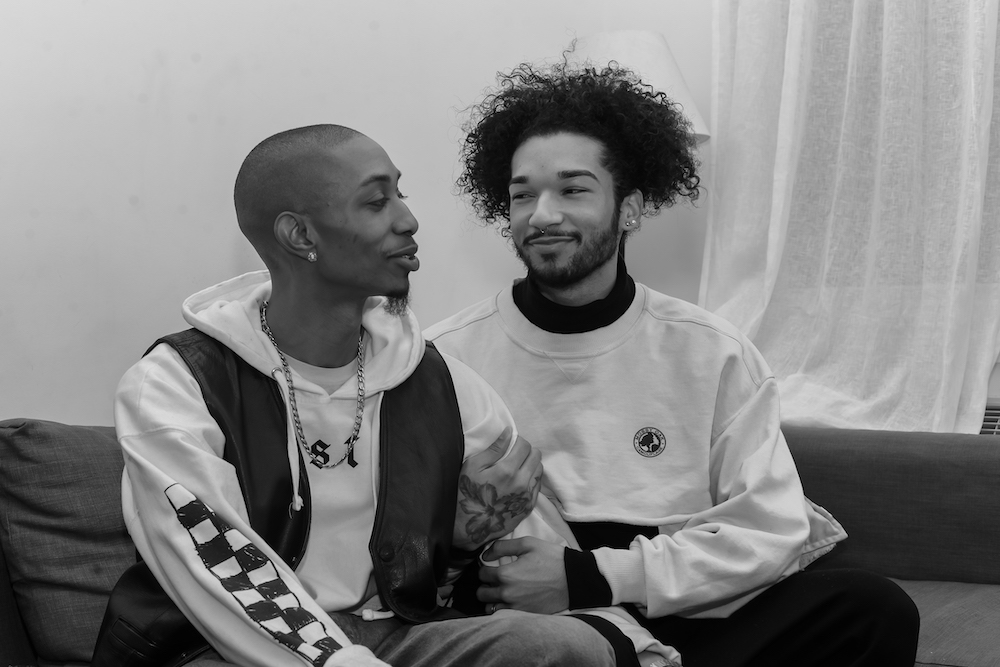 What are your expectations of marriage?

LaQuann: I see it in the future, I’m a spectacle type of person and I’m an image maker. But beyond the ceremony, as far as expectations, we’re not even close to that so I don’t have expectations for it. We communicate a lot and I’m a very thorough person and he expresses his issues and the things that are bothering him. I think marriage would go well for us because we’re down for each other. If we were to pursue marriage I think we would be fine, it’s just even more communication and trusting each other.

Matt: I have this complicated relationship with everything I feel like I’m supposed to believe. It’s never true and it never really works for me. I haven’t written off marriage yet but I’m not like I need to get married immediately, I just hope that someone fucks with me for the rest of my life. LaQuann’s a rider in a way that I’ve never experienced. The part about our relationship I think is so great is that we are both looking for someone who isn’t just trying to make us believe things like marriage, but really just fucks with each other.

What are some of the challenges you guys face?

LaQuann: When we first started dating here in NY we went hard, we were together everyday for like 12 months straight. We had never hung out like that before. We went from August until the end of the year right before my birthday and I got this kind of crazy birthday gift and it was very thoughtful and then the energy shifted and he would say little things that I wouldn’t think to say to someone I’m into. He would look at me differently. He had just given me a birthday card and a bear and I asked him “is this a breakup card?”. So I asked if he wanted to take a break and we stopped dating for three months. Not to say that was the challenge, the challenging part was after that when we realized we still wanted to be together. Also the way that we mourned that the relationship was pausing differently. At some point we had to agree to disagree.

Matt: That’s the challenge, people don’t have to agree. I grew up very Christian, I was in church plays, LaQuann didn’t do that at all. The way we think about the world, ethics and morality are totally different and we find ways to live that way. People think that relationships are like “how do you do it?” Just decide to be with that person. He said it the other day “people don’t know how to be uncomfortable for a minute”. If I’m going to be with you for the rest of my life, it’s going to be peaches the whole time? I might need a break, and that could mean whatever it needs to mean for us. If we are going to do this life thing together we need to decide what that means for us.

If you could sum up love in one word what would it be and why?

Matt: I really want to say vulnerability. People always say that communication is important in a relationship, what I’ve found in trying to communicate with him clearly and say what I mean and tell him who I am honestly is that’s vulnerable. To communicate that I’m this person, this is what I like to do, this is what I watch online at 4 AM. Communication to maintain love doesn’t really happen if you can’t go there with someone and let some shields go.

LaQuann: Love is learning. Every single day we learn something new about each other and ourselves. He’s a new person every other day, we progress, we experience something new. It’s like, I like this artist now or I thought you wanted to be a dancer and it’s like oh, I want to be a writer now. We’re changing so much all the time and we are learning new ways to accept and deal and interact in the world. This is my first serious relationship so everything is new and there’s so much forgiveness and patience and I don’t know where I’ve learned things like vulnerability. I don’t know a single person who’s been in a committed relationship. The way my parents have checked me and shown love to me informs the way that I approach this.