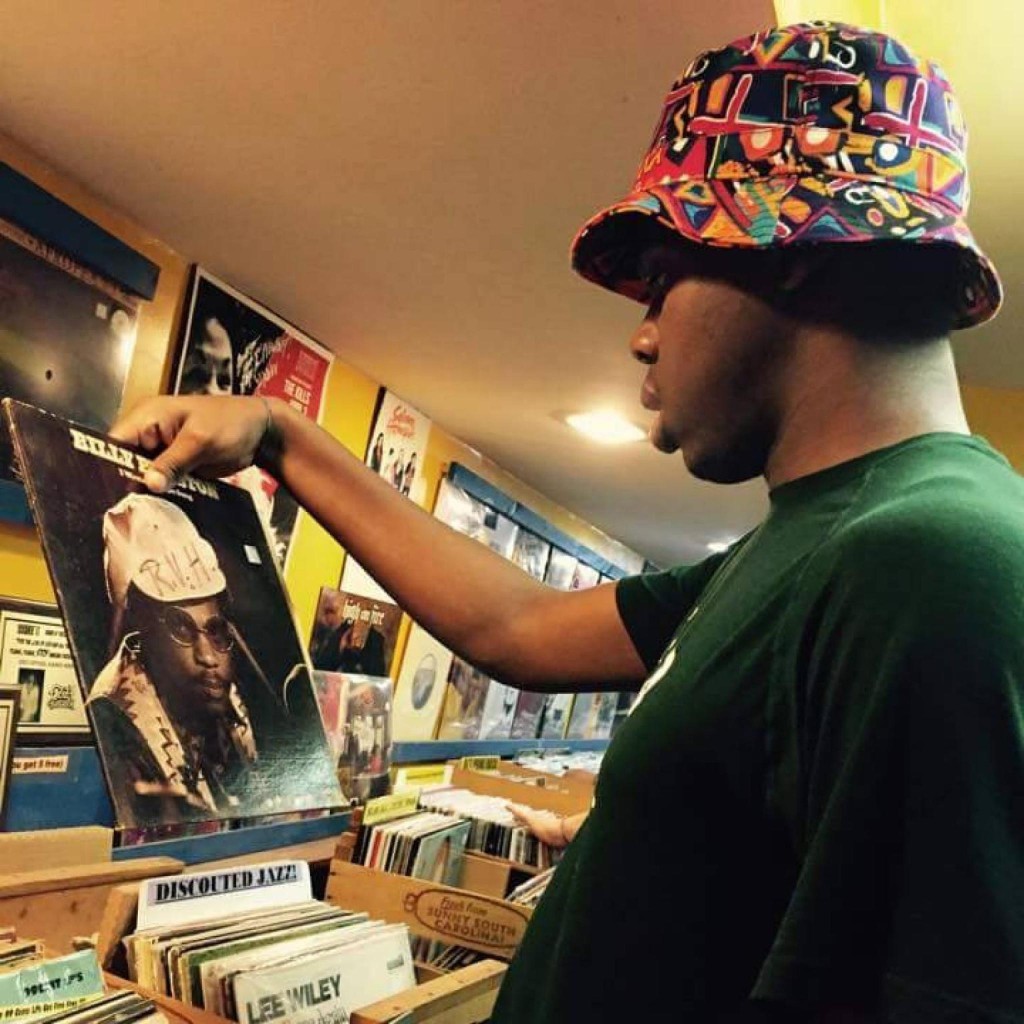 Netflix’s Luke Cage has everyone on the edge of their seats ready to watch, but you should perk your ears to listen, too. Adrian Younge and Ali Shaheed Muhammad were recruited by Luke Cage show director Cheo Coker to construct the score for the show. Adrian Younge is the star artist from Linear Labs who has constructed classics with Royce Da 5’9, Ghostface Killah and Souls of Mischief. Ali Shaheed Muhammad of A Tribe Called Quest and The Ummah fame also hosts NPR’s Microphone Check. I was able to get these two veteran artists to speak on their work for Luke Cage, which drops this Friday (Sept. 30th).

Blavity: If I have my facts straight off top, you two worked together on the Souls of Mischief record There Is Only Now. What evolved between the two of you since then and how did that lead to you working with Netflix and Marvel on Luke Cage?


Adrian: We were working on an album, The Midnight Hour, and were near completion when this Luke Cage opportunity came into fruition, and we stopped working on the album and focused the last nine months on trying to create the best television score ever.


Ali: Adrian produced the There Is Only Now album. He asked me to be a featured DJ “announcer” on the Souls Of Mischief record. What began as a simple feature has transformed into production partners and friendship, joining forces to record an album titled Midnight Hour. Cheo Hodari Coker, the showrunner and executive producer for Luke Cage, called on each of us to work on the score for the series. Serendipitously we were already working together. That’s how the Luke Cage collaboration began.


B: It would be one thing to solely make music to fill in the scenes, but there’s levels to this. Naming every episode after a Gangstarr track, I’ve heard Apollo Brown, ODB, Run the Jewels and more in the trailers. This show doesn’t just have a hip-hop soundtrack, but it’s immersed in hip-hop. What was the mindset going in, in terms of how the music would be structured alongside the show?


Adrian: The mindset was that we wanted to make music that was very soulful and spoke to the various characters. In scoring, there are certain instruments, certain chords and musical structure that we use to depict moods within different characters. The villain had a feel to him, Luke Cage has a feel to him, Misty Knight, etc. We used music to illuminate the characters.


Ali: Adrian and I took a lot of direction from Cheo. He developed the series with music having as much of a leading role as the other characters. Cheo, Adrian and I speak the same language, musically speaking, so it was easy to compose based on his direction. He wanted the series to have a hip-hop foundation. Adrian and I interpreted that as meaning we could use the source material sampled in many classic hip-hop songs as the source of inspiration. We also wanted the Luke Cage series to have it’s own unique sound, identifiable only to Luke Cage. We also wanted it to sound unlike anything else being composed for television right now.

B: The two of you have composed albums in groups and solo for years, what are some of the differences between composing music for a strictly musical release as opposed to an entire TV series?


Adrian: The difference is when you’re creating music as an artist, we don’t have a boss – we do whatever we feel is necessary to make the best album. When you’re working as a composer – we have an employer, we have a boss that you make sure to appease — that’s the biggest difference. Because at the end of the day, you’re making cinematic music whether it’s a film or not. The bigger difference is when you have to ask somebody if something is ok, in this situation it was a great situation, Netflix and Marvel acted like we were artists and not employees – they respected everything we did, it was absolutely fun.


Ali: Composing songs for the sake of an album or the sake of creating a song begins with an idea or an emotion or spark of inspiration internally that we channel into music. It is deeply intimate and personal. The inspiration in composing for a TV series or a film is external. The direction or idea of the soundscape comes from those in charge of the screenplay. Our experience as songwriters comes into play by understanding that direction and composing music that matches the tone of what is on the screen.


B: You two are both known for championing the classic hip-hop sound while also evolving it through live instrumentation. Why is it important to keep that sound alive in 2016?


Adrian: Well, it’s important to keep the classic hip-hop sound alive because the classic hip-hop sound is based on the source material that hip-hop sampled, and that source material served as the foundation for great, strong soulful music. Essentially what we’re doing is serving as a conduit to the past because we’re tying generations of soul music together and making a potpourri of music – utilizing all the past. Luke Cage is somebody that is of the hip-hop culture, and the hip-hop culture is an amalgamation of music from the past – sampled and twisted into making a new derivative sound. And Ali and I used this perspective to create the score. So we have some stuff that sounds like the source material, something that may sound like a sample,  something that sounds like early hip-hop, something that sounds like modern hip-hop, golden era. Overall, cinematic music.

Ali: Songs are a form of human communication with a very human vibration. No matter how well-developed the textures of synthesized sound become, the dimension of sound vibrates differently when using live instruments. The human element that occurs in live recordings is magical. Case in point, we recorded all of the music with a 30-piece orchestra, orchestrated by Miguel Atwood Ferguson. The songs would not “feel” as emotionally dynamic had we used keyboard strings. Hip-hop has taught us many things. We can tear clips of songs apart and mash them with others and do so without a band, but even in that process the alpha is absolute and required. The live instrumentation allowed us the best human vibration in a hip-hop world.

B: What other talented musicians did you guys work with during your time on Luke Cage?

Adrian: It was predominantly myself and Ali, plus we had Miguel Atwood Ferguson leading a 30-piece orchestra and we got some help from my band Venice Dawn. They helped play some instruments.

B: Black television is taking over this year, and both of you are in the midst of it. How does that feel? And how are you guys using this platform to project the voices of black people?

Adrian: What’s great is the new focus on a wider television audience with these new platforms. What’s really great about it is that television, now more than ever, is starting to speak to the disenfranchised, the people that felt they had no real say in mass media from a gender perspective, minority perspective; people are finally getting a say and starting to see themselves on screen a lot more. You don’t realize how dichotomized this is until you start seeing more and more people of color on television, and the more you see it the more you realize how much it did not exist prior. It’s important for us to be a part of this movement, because this movement isn’t inevitable. It’s great to see television start to actually represent what people see every day.


Ali: I wouldn’t say that “Black television is taking over,” I would say that America is evolving as a nation ready to embrace and support its diverse make-up. This evolution is an advantage of capital, which television is tapping into. I’m happy to be able to represent my culture during this time period. We have come a long way, but we have far to go. We are using this platform to show both to the television/film industry and to the aspiring hip-hop artist that there is a wealth of creativity and ideas within our culture. That we can be as dynamic as Duke Ellington and Ennio Morricone, as unifying as Bob Marley, as innovative as James Brown, as profound as Aristotle and as challenged as Luke Cage .

B: What was your favorite episode to work on for Luke Cage?

Adrian: I enjoyed every episode. One of my favorite moments in scoring is the opening scene in Episode 2. The reason being is the music we created for episode two convinced Marvel that we should have a 30-piece orchestra. If it wasn’t for us nailing it on that episode, we might not have had an orchestra for this series.

Ali:  I don’t have a favorite episode. Each one had a different reveal and it was fun to exercise them all.

B: Adrian, you’re getting set to release The Electronic Void — a different direction than your usual music. Why the change, and what can we expect?

Adrian: I’ve always wanted to create an electronic album, it was the time for me to do it now, because when people hear electronic music, its synonymous with EDM. Historically, it meant music made with electronic instruments that are supposed to depict what the future sounds like. I wanted to go back to the pioneers — Kraftwerk, Raymond Scott, Dick Hyman, Wendy Carlos – and go into their minds at a time when electronic music was straight up experimental.


B: Ali, I love your interviews on NPR. I still go back to the one you did with Earl Sweatshirt last year. What’s next from you, and I have to ask if we’ll hear any inkling of the rumored ATCQ album soon?

Ali: Thank you for the NPR love. Frannie Kelley, my co-host and I, are developing Microphone Check into something more informative. We hope our listeners will continue to enjoy our podcast. Adrian and I will finish the Midnight Hour album. I cannot comment on ATCQ. I’m just looking forward to the feedback on the Luke Cage series. Just wait for the rest to unfold!

Are you hype for Luke Cage? Sign up for our newsletter for updates!