Black People Are The Heartbeat Of Digital Culture. Why Aren't They The Ones Designing Tech Platforms?

For a long time, tech diversity efforts were focused on building a pipeline from BIPOC communities into the industry. Today, the pipeline is no longer the problem.

Black people are the heartbeat of digital culture, but very few of us actually design and guide the tech giants that shape our lives. That needs to change.

Take Black people off of major tech platforms and not one would be as successful as it is today. BIPOC creators invent TikTok’s most popular trends. Black Twitter and Instagram launched the social movement of a generation with the hashtag #BlackLivesMatter. Black streamers on Twitch push the limits of the internet with content that inspires and invigorates. But the leaders who drive the tech industry today are not the ones designing the tech industry of tomorrow — and that is a problem.

The tech industry is overwhelmingly white and male. According to the U.S. Equal Employment Opportunity Commission, around 83% of tech executives are white. But this is beyond just a question of representation — it is pretty easy to see the ugly results.

Black TikTok creators routinely go uncredited for their innovations, while watching white influencers copy their work and go viral. Jimmy Fallon recently landed himself in hot water after inviting a prominent white TikTok creator on his show to perform dances that BIPOC creators originated. Around the world, social media enables racism, extremism, and misinformation to spread like wildfire and go largely unchecked.

One potential fix is for creators and users to band together and pressure companies to change their practices. BIPOC users have seen some success with this so far, pushing Facebook and Twitter to ramp up diversity initiatives and YouTube to pledge millions toward amplifying Black creators. Groups of users have also pressured elected officials to take notice and turn their attention to grilling CEOs over their lack of diversity and control of hate speech online.

That only goes so far, though. Promises often turn into watered-down changes that fail to radically disrupt the problem. We don’t just need to put bandaids on design flaws; we need to rebuild with diverse creators at the table.

Greater diversity in tech can head off a lot of these problems before they start. It’s hard to imagine Apple’s FaceID technology would go to market failing to distinguish between non-white faces if BIPOC employees had been there to catch the blindspot.

When you have a group of people with wide-ranging life experiences in the room, you’re more likely to get an end product that accounts for and protects everyone’s perspectives. This is true not just of social media networks, but the deep tech infrastructure that guides so much of our life — what we learn, how we connect, what we watch, how we work. By prioritizing diverse perspectives at every stage of development, tech companies can confront thorny challenges like algorithmic bias, hate speech and discriminatory practices well before they become front-page problems.

For a long time, tech diversity efforts were focused on building a pipeline from BIPOC communities into the industry. Today, the pipeline is no longer the problem. Poor hiring and retention rates are at fault, not the vast supply of experienced Black coders, designers and tech professionals.

What can we do? Start by accounting for the systemic barriers to getting hired. Often, BIPOC employees have the actual skills but lack costly certifications. With little diversity on the inside, BIPOC workers also often miss out on the chance to get a foot in the door through employee referral programs that draw again and again from the same homogenous pool of talent.

Retaining BIPOC staff is just as important as hiring them. The tech industry knows it has a retention problem and is trying to fix it. But if new hires quickly feel like they are unwelcome, unvalued or don’t fit the (mostly white) culture in a company, they are not going to stick around long. We need to surround all these hires with a community of fellow BIPOC mentors, leaders and peers to create a culture of support and inclusion.

Right now, we are trying to fix both problems with the Dream Corps TECH Scholarship Fund, created through a generous grant from the PwC Charitable Foundation. We will provide up to 400 scholarships totaling $600,000 over the next two years, along with an intentional support network, to help folks get great jobs and equip entrepreneurs to build technical solutions. We encourage candidates from diverse backgrounds to submit their application with an emphasis on people coming from the Black, Latinx, Native American, Native Alaskan and Southeast Asian communities. 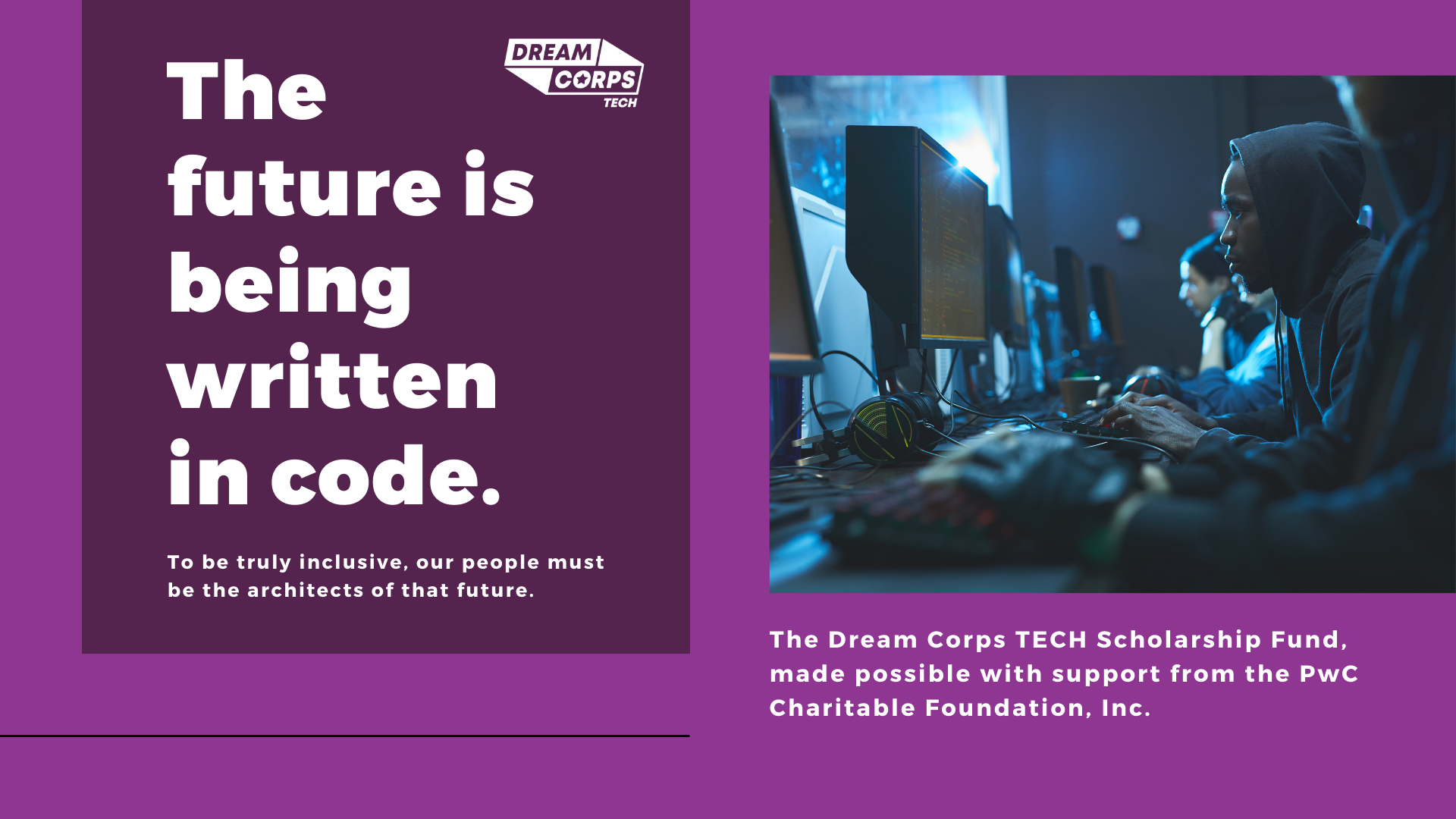 The roots of these problems are older than Silicon Valley itself, but the tech industry’s spirit of innovation and collaboration creates the conditions for change. Companies and charitable organizations can join in and help supercharge a new path forward. At the end of the day, the question is not just how BIPOC users are treated in tech, it is whether BIPOC designers are the ones shaping the tech industry of tomorrow.