Black women's safety at the barbershop: Why accountability is pro-black 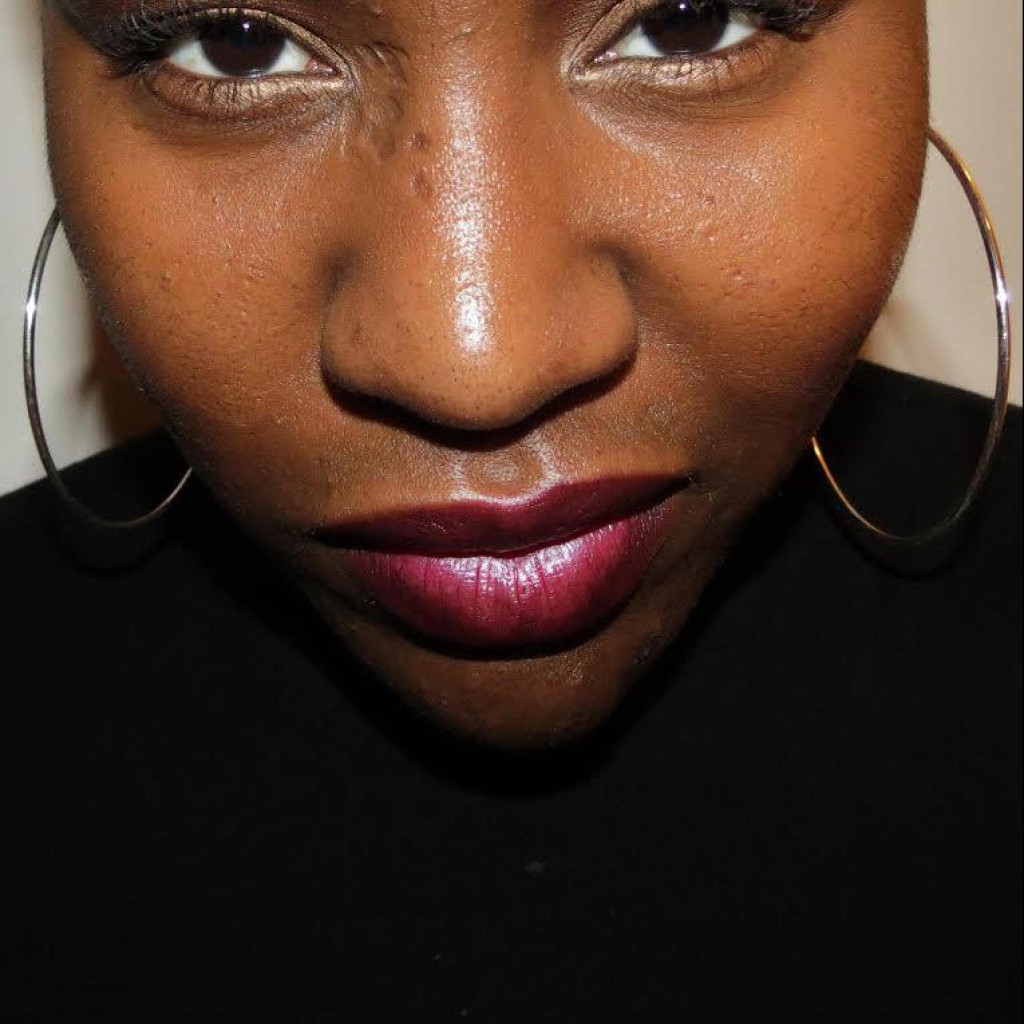 And so my first experiences with the barbershop as a grown 20-something woman were both home and street for me. It has now been five and a half years since I’ve had beyond an inch of hair on my head and so this made barbershops a frequent arena. Stepping into an atmosphere painfully shaped for male sparring in every sense of the words was stepping into a world not filled with my daddy, just a bunch of men coming each week for communion and uncensored talk not meant for the ears of their daughters, girlfriends or wives. Of course, I could have been somebody’s girlfriend or wife too — but not there. There I become a fly on the wall looking mutely into the cesspool of misogynist fellowship amid brotherhood talk. Wrapped tightly into the space where black men can come catch up with their boys and lay their burdens down, men’s ideas of women are stewed and often unchallenged in their error. While they hover over the half cut heads of impressionable young men, incorrect information is being passed down like indisputable truths in the ‘Land of the Way Things Are.’

I’m walking into the shop on a Saturday afternoon to get my hair cut, right? Per usual, the shop is a sea of men slouched down in mismatched chairs staring motionless and silent into a television screen while the others debate about women. I see the barber who cuts hair in the chair next to my barber’s is present, his voice flailing and enraged, rising above all of the others to ensure every man in the shop is clear on this — date rape is a socially acceptable act that “comes with the territory” of certain environments and so women should be more aware of these men and women should watch their drinks, should they start to feel a bit woozy after a few sips — his words, not mine. Through his thick and roaring patois that I worked hard to navigate, he continued on to say that, in these environments — you know, anywhere public and social — women just come to take successful men down, throwing their “poom poom” at them practically begging for men and women to come together and do what they are meant to do; that these women will have themselves out there, drinking and wanting to do drugs, but will complain when someone slips a pill into their drinks. “It happens,” he says. “These women want it”, he says. “They use this to take us black men down,” he says. “The only reason they all coming forward now is because times have changed and now women can sue men,” he says.

I only allow myself somewhere a little under 60 seconds to decide if I am going to get into a verbal altercation with this man in this barbershop in front of all these other men. At first I look around to see, per usual, that I have no real defense and sense the fear of running into this type of man in a dark alley creeping up inside me. Like all of the other times I opened my mouth, again I was going to be the lone woman in the shop left to defend the right to safety for women, and there was no guarantee that my words would mean anything. But I also looked around and counted at least three children either waiting to get their haircuts next or hoisted up on bumper seats getting flashy lines crafted into their tapered scalps. I also spot one other woman half-trying to catch my eye and half chuckling and shaking her head dutifully as if to say men will be men. If this man does not get corrected during this moment, I’m looking at all of the impressionable minds that will walk away from this with dangerously incorrect information.

I proceed to ask the barber what he is even trying to say. Strike one. I ask the barber what the environment has to do with fact that it is wrong to rape women. Strike two. Now, visibly enraged and near tears, I scream toward the barber that no one should rape anyone in any environment. Strike three. Now my voice is cracking above and in combat with the barber, the entire scattering of waiting men staring in our direction and an older male customer to my left standing and screaming in support of this barber. He is telling me that this is the way it is. The both of them are repeating this is how things are and dismissing my opinion simply as a different way of thinking that makes it clear that I know nothing about this; that I know nothing of what I am talking about and am ignorant to the ways of the real world. I take a step back and realize before I chimed in there was a man in my barber’s chair, the source of this other barber’s rage. He is screaming that he would never drug a woman, that there is a difference between these drugs some women are doing voluntarily and the drugs lurking men are dropping in their drinks when they are not looking. Momentarily, I am shocked by what I am witnessing, having grown used to the fact that I, as a woman, am usually alone in my desire to defend other women in male-dominated spaces.

I silence myself for a while longer. I wanted to watch and support this man who was trying to hold his peer accountable for the violent actions of men that are unjustifiable regardless of a woman’s presentation or choice to frequent clubs or bars. Unfortunately what could have been a productive conversation soon trailed off into a downward spiral of misdirected machismo and name-calling. The male customer to my left begins to aggressively question my intelligence on the side while the other two men continue to yell into each other’s faces. He says I am being ridiculous in my suggestion that while the whereabouts and choices of young women are being regulated, very few are teaching young men to exercise self-control. He looks at me with disgust and flags me off like the know-nothing fly on the wall that he sees me to be and decides there is no point in trying to reason with a woman who doesn’t get the way things are. He decides he can not entertain my inability to understand anything.

What I experienced in all of this is that even in the conversation that is about the safety of women, in a male-dominated environment the information will only be fully trusted when it is coming from a man — that even though I am a woman, and a woman with a past of sexual assault like many women are, male privilege will not let my voice in the conversation be considered qualified. I also experienced that time and time again the conversation is rarely about the behavior of the aggressor and it almost always focused on the victim. I think to myself as a black woman how deeply many black men have been brainwashed into a thinking that justifies our abuse and bases its conviction on the agenda built to tear down black men. What is this thinking that asserts we must give the men of our community a pass at our expense, that If we don’t offer a pass and unquestioned support, then we are making things that much harder for them in this society? That somehow we are on the oppressor’s side for saying “It’s not okay for you to do this to me.” This is what leads me back to the very necessary need for accountability in all spaces that we hold. If I, as the only woman entering my barbershop, am going to be ignored and shouted over by men who can’t stop spewing their unchecked hatred toward women in this space, I expect other black men to hold their peers accountable like this:

1. Say that it’s never okay. Be clear in stating the basic fact is that no matter how someone is dressed or what environment they find themselves in, no one deserves to be raped.

2. Bring up facts. One out of five black women are likely to be sexually assaulted at least once in their lifetime. Most victims of rape are assaulted by people they know and do not feel safe enough to come forward.

3. Take a stand. Make it clear that forcing or coercing someone (via controlled substances and/or date rape drugs) to have sex is something that you disagree with and that you see as your responsibility to not do.

I am fully aware of the mechanisms of systemic oppression — such as racial profiling, mass incarceration, environmental injustice and economic discrimination (only scratching the surface) — that work specifically against black communities across the country. I am fully aware of the insane number of ways in which subcommunities within are literally targeted throughout our society on more levels than many of us can imagine. But having each other’s back, holding each other accountable and caring for each other — including all genders and age groups — in ways that don’t condone violent acts toward black women is not one of them.

Reminding our fellow brown brothers and sisters that violence against black women is not okay is one of the most pro-black things you can do.

Candice Iloh is a writer, poet, and artist-educator residing in Brooklyn, NY whose writing has appeared in Fjords Review, The Grio, For Harriet, and elsewhere. A VONA fellowship recipient and Home School Lambda Literary Fellow, Candice also contributes to Lambda Literary and The Black Youth Project.  She is a new MFA candidate in Writing for Young People and Poetry at Lesley University and is currently working on her first young adult novel in verse. When not writing or teaching, you can find her in a dance class in Bedstuy. You can follow her on Instagram or Twitter at @becomher.

How do you encourage people to practice accountability when it comes to protecting black women? Let us know in the comments below!