Andres “Seats by Dre” Martin was working as an account manager for the Brooklyn Nets when his boss challenged each team member to come up with a theme night. Curious about the possibilities, Martin began researching what other teams had accomplished. Eventually, his eyes landed on Dallas Mavericks African American Heritage Night, which featured local fundraisers for historically black colleges and universities (HBCUs).

“A lightbulb went off,” Martin told Blavity. "An African American Heritage Night is great for our demographic, but we need an HBCU Night; something geared toward the youth. [I thought] it’d be great to hyperfocus on HBCUs.”

The idea evolved into a tour of HBCU Nights across the country in a series of events opening their arms to kids in major cities including Brooklyn, Chicago, Atlanta, Houston and Los Angeles.

“We want to reach all of the inner cities,” Martin said. “Our goal is to reach and inspire the students from the lower socioeconomic demographic to give the an up-close, interactive experience of college fairs, admissions reps and panel discussions with executives. We want to provide that inspiration and increase the attendance from incoming HBCU students.”

To tackle this feat, each HBCU Night is comprised of five key components: High school students are able to attend a Black college fair with HBCU admissions representatives. There is also a diversity and inclusion workshop for those who seek internships and entry-level positions, an HBCU-to-executive panel discussion, a Black Excellence mixer for alumni and other attendees 21+ to get to fundraise, network and enjoy live entertainment.

Martin, who has attended both HBCUs and predominately white institutions (PWIs), not only hopes to encourage students to seek higher levels of education at HBCUs, but also to recognize the value attending one may have in the student’s life.

“There’s more awareness created for entrepreneurship [at HBCUs],” Martin said. “There are so many ways for an individual to step on campus, and find who they are, and pursue the kind of route they want to take. In comparison to attending a PWI, I felt more comfortable, more at home, and more involved.”

Mirroring the makeup of major HBCU campuses, HBCU Night is going international. The tour will take its next steps to Toronto and eventually Africa, with hopes of reaching students who may have never considered attending a school outside of their country before. There is no doubt that these students would feel right at home. While HBCUs are commonly misconceived to only house African American students. In actuality, they are a diasporic melting pot. Caribbean, African, Latin American, Asian students and more come from far and wide to get an education in an all-inclusive environment designed to foster intellectual, cultural and emotional growth.

“[Going to} an HBCU, there’s people from everywhere,” Martin said. “The inclusion at HBCUs is amazing.”

Martin’s HBCU Night has garnered much success. While data is still being collected from the 2019 year’s tour, 72% of students who attended the Brooklyn stop went on to confirm their HBCU enrollment. Some have shared their acceptance letters, beaming with pride over their commitment to education and black excellence. 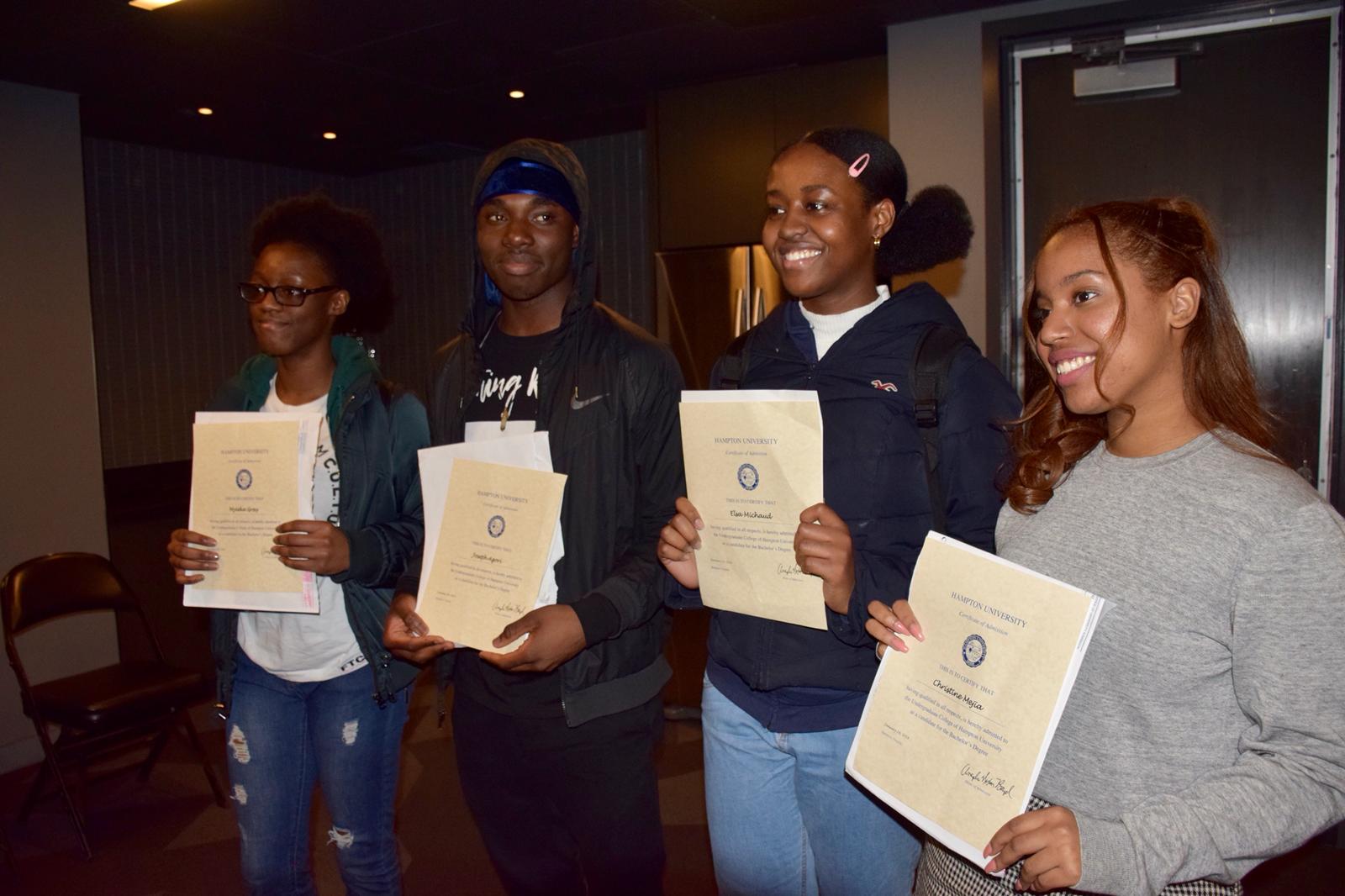 While the tour continues, its leaders hope to increase student participation by 20% every year until full capacity is met.

“We hosted an HBCU Night panel on the Houston Rockets' court,” Martin said. “If a team allows us to get the court, we want to fill up the arena with prospective college students, who are interested in attending an HBCU.”

The night is growing, students are succeeding and there is room for everyone at the top.