Jazmine A. Smith is on a mission to introduce Black and brown kids to lacrosse and field hockey.

Founder and CEO of Eyekonz Field Hockey and Lacrosse, Jazmine A. Smith is a mother, former athlete, coach and businesswoman dedicated to inspiring young Black and Latinx kids to be their very best. The program was created to serve the needs of inner-city girls and boys from kindergarten up to high school living in the greater Philadelphia area. Currently, they have sports programs in 14 schools around Philadelphia.

Lacrosse and field hockey aren’t sports known for their racial diversity. Lacrosse, a team sport where players try to throw a rubber ball into a netted goal using a netted stick, only has two Black players out of the 171 listed on the 2019 online roster for its six major league teams. Though white players dominate the sport, Native American tribes actually shaped and sculpted the game. Field hockey, on the other hand, is comprised of two opposing teams that use sticks curved to hit a small, hard ball into their opponent's goal. Similar to lacrosse, the sport does not have many Black players. In addition to introducing diverse young athletes to field hockey and lacrosse, Eyekonz also provides a fun way to stay active and get fit. 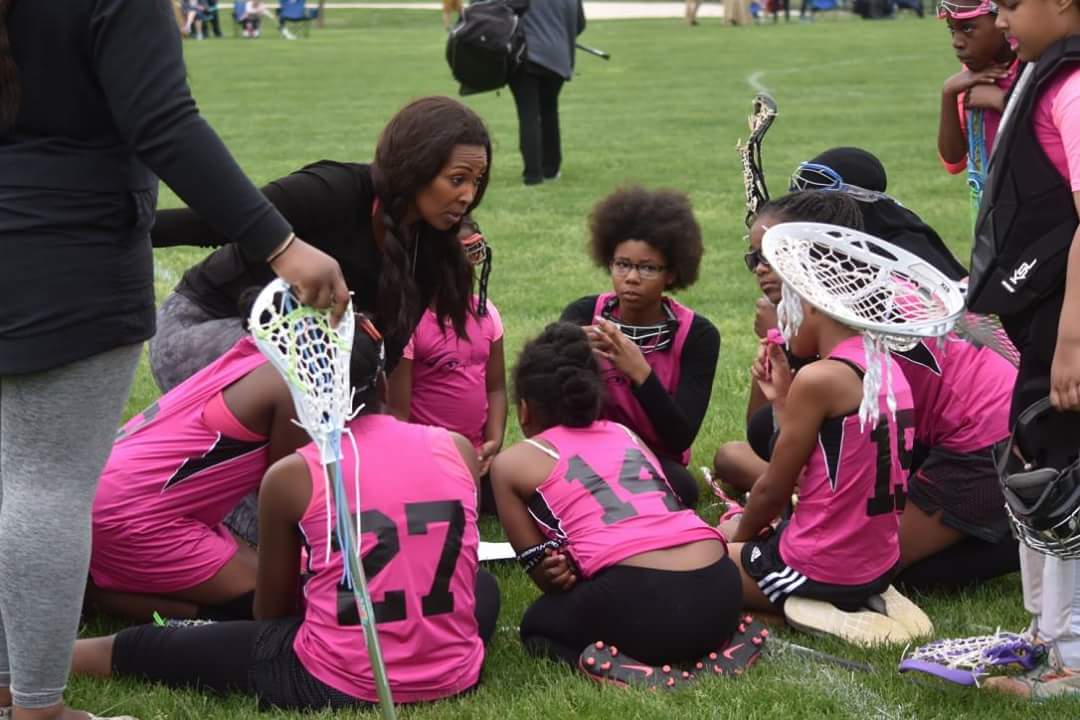 The 41-year-old's love for sports first began during one of the hardest times of her life. At the age of four, her mother was diagnosed with multiple sclerosis, forcing her to move to her grandparents in Radnor, Pennsylvania, an affluent area near Villanova University.

"It was my grandmother who had no idea about field hockey and [lacrosse] but basically introduced me to playing this game," Smith told Blavity.

She first picked up a lacrosse stick in 1985 when she was in second grade. She played till 1995. In that time frame, the number of girls of color playing was minuscule.

"For me, playing field hockey and lacrosse — there would only be one or two of us," she said. "Unfortunately, there is a stigma behind that because you will be labeled the token. Are you playing at your ability or are you playing because they need one Black face so that the team is diverse?"

Eventually, Smith began her own athletic league. "I started in 2003," Smith recalled. "It was pretty much developmental clinics."

As time went by, Smith didn’t notice any changes in the diversity of the games. Eventually, she took a break to help care for her ailing mother and grandmother. In 2013, some years after Smith ended her sports clinics, there was a fire at her mother’s home that she ultimately chose to see as a life-changing sign from god, inspiring her to take advantage of her athletic gifts.

"God was really challenging me to go forward with this," Smith said.

Coupled with watching her own daughter grow before her eyes, this divine providence propelled Smith to revamp the organization, building a legacy she could one day pass down with the official launch of Eyekonz Field Hockey and Lacrosse. The former athlete began working with US Lacrosse in 2013 — and the rest is history. 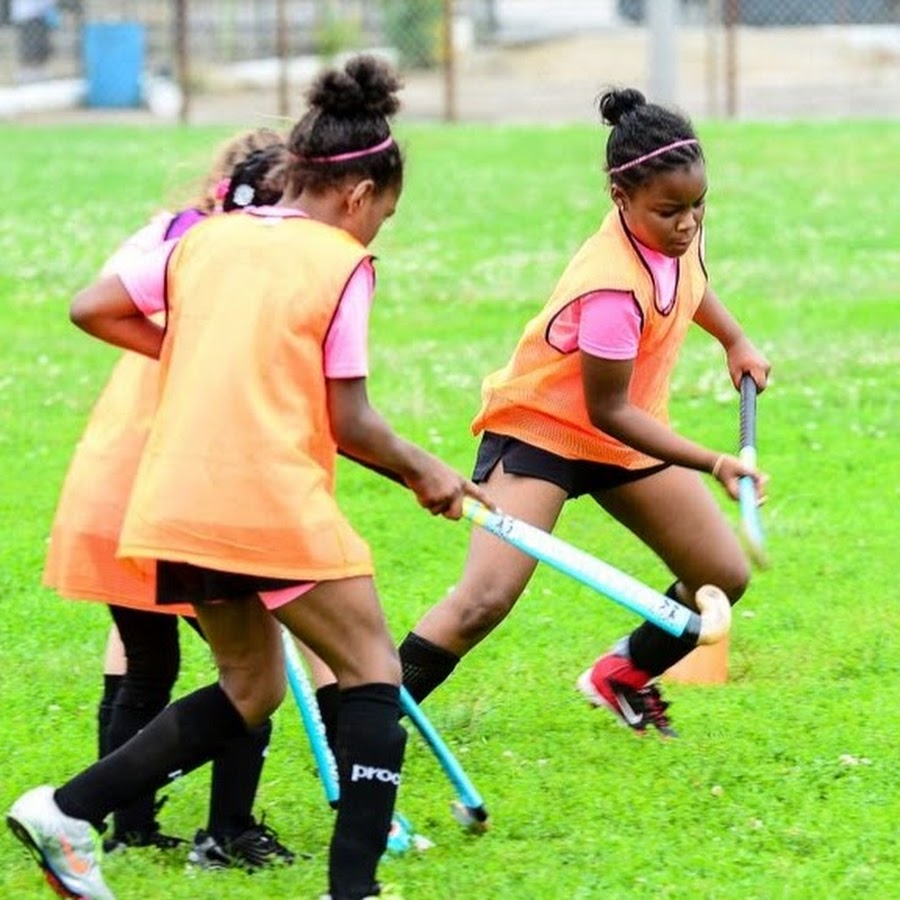 Reportedly crediting her grandparents with fostering her own sense of self-esteem and encouraging her positive self-image, Smith uses Eyekonz as a vehicle to pass the same beliefs she grew up with down to her pupils.

"We offer this unique approach to our league to create a platform for success within our community, while providing the tools necessary to foster the next generation to achieve whatever they put their minds to," Eyekonz's website reads. 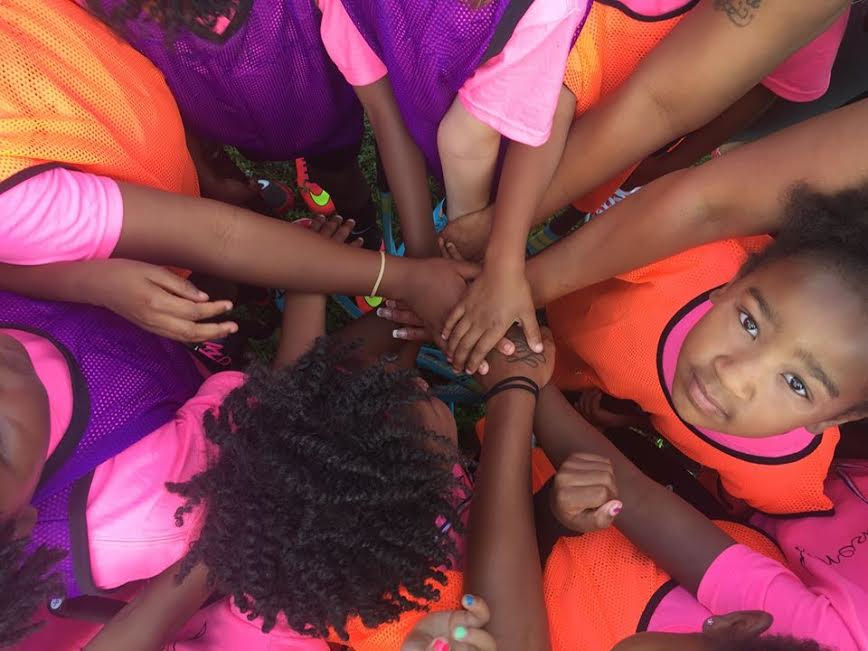 According to Smith, in order to cultivate and inspire self-love, a person must know about the struggles and triumphs of their ancestors. Therefore, children in the program learn African, Kemetic and African-American history, in addition to learning how to play lacrosse and field hockey. Smith and her staff even provide tutoring and review report cards, encouraging students to take full advantage of their education and succeed even in the toughest times.

Although Eyekonz works with all genders, one of Smith’s main goals is to increase the number of Black and Latinx women and girls participating in field hockey and lacrosse. She not only teaches the girls the basic skills of lacrosse and field hockey, but also how to navigate life, currently enabling about 500 girls with the skill to break into white, male-dominated sports. The girls into two skill levels; the club and the elite team. Roughly 150 girls play for the club division team and travel all around Pennsylvania to compete. Conversely, the elite team is an interstate team that plays other teams across the country.

Under the Obama administration, Eyekonz was able to secure a contract with the Department of State to launch the program in Africa and to replicate the current model in other countries. The organization has also partnered with Drexel University’s engineering department to create opportunities for the program's student-athletes to access STEM fields.

It seems as though Philly is only the beginning for Smith. Soon her program could reach children all over the world, helping them live their best lives while simultaneously diversifying two sports in need of more variety. A trailblazer whose love for field hockey and lacrosse has the potential to expand beyond Philly, Smith's positive impact on the young lives she's touched will likely be felt for generations to come.