It has been one of the most epic Black History Months on record. Whether all the stars were aligned, the ancestors set this up, or however you're commemorating the levels of peak blackness that we were blessed with in February 2016, here's a look back at the moments that sent us into the church stomps and praise hand emojis all month long

15. Chris Rock takes it there at the Oscars

The verdict is still out on how well Chris Rock addressed #OscarsSoWhite, but he did call the Academy racist on their stage. For some though, it wasn't all that impressive, and of course there was that awkward Stacey Dash moment that had everyone like..

Say what you will about the transracial icon, but Rachel Dolezal not only gave birth in what will go down as one of the most impressive Black History Months of all time, but she named her baby after one of black literature's most influential voices. You have to give her credit for consistency.

Remembering Justice Scalia with one of his colorful quotes from the #Obamacare case https://t.co/vhTHx3MePJ pic.twitter.com/53oDyW0xEp

Justice Scalia died in February, during an election year, with President Obama in the White House... He may not have been a shining patron of social justice but definitely made up for it in poetic justice

When you get the word that the Gods of Egypt movie flopped. pic.twitter.com/IIzExwkH0U — ✪ (@holeefucc) February 27, 2016

The ancestors were really showing off here, weren't they?!

Black Twitter had a lot of shining moments for #BHM ✊🏾✊🏿✊🏽, but we'll have to start here because there's no question that what black people touch, black people deliver to glory. These musical clap backs need to be turned into an album or playlist, tbh


10. Literature got a lot more inclusive

From Marley Dias' success with #1000BlackGirlBooks, to Lisa Lucas being named the next executive director of the National Book Foundation, and President Obama nominating Carla Hayden as the 14th Librarian of Congress, February 2016 was a major push towards diversifying the publishing industry

9. This kid who wanted to be anywhere but a Trump rally

When your parents tell you can't have your own beliefs until you start paying bills pic.twitter.com/XXkDN4HSsP — Jemele Hill (@jemelehill) February 28, 2016

This woke baby's facial expression speaks for most Americans when faced with the unexpected Trump supporters in our midst. Bless his heart 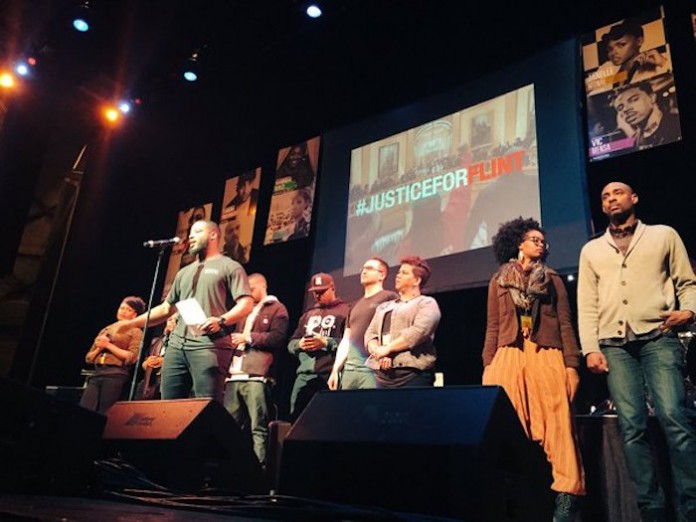 Photo: Twitter "Justice is what love looks like in public." -Cornel West To all those who put this event together, on Oscar night, we salute you

Seriously, how can we not? 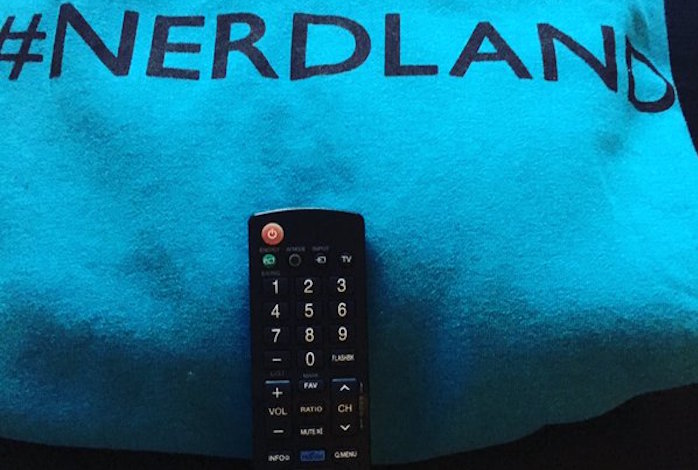 Photo: twitter Whether it was racially motivated or not, the implications were there, and for Harris-Perry to take a stand for herself and her work, should be a leading example that we own ourselves and our stories, before any network thinks that they can control our narratives. We salute you, and #nerdland goes wherever MHP goes

From the men not being able to call it, to the women shouting out their girls, these two Black Twitter moments will go down as an absolute 2016 favorite!

Photo: Giphy Powerful, dynamic, and revolutionary, Kendrick Lamar set the Grammy stage ablaze with this beautiful expression of blackness from Compton to the motherland. It's true, he won so much more than just the awards, he won and wore his audacity to be unapologetically black

Photo: Giphy Beyoncé claimed an entire weekend of the month, and kept our attention for the weeks to follow with think pieces and CNN panels. From dropping the music video for Formation, to her Black Panther performance at the Super Bowl, and then announcing her Formation tour that ignited a firestorm of debate about security, this was a moment of peak blackness that will linger for the months to come

When you go to sleep on February 28 and wake up the next morning and it's still Black History Month pic.twitter.com/3M4Se9Ypvm — wikipedia brown (@eveewing) February 29, 2016

white people: "TODAYS THE LAST DAY OF BLACK HISTORY MONTH NOW STOP THROWING HOW BLACK YOU ARE IN OUR FACES" me: pic.twitter.com/HUSk1kMk4o

1. The White House had the blackest Black History Month of all time

There was dancing, there was singing, there was laughter, and while this had all the makings of a good family function, it was just Black History Month at the White House. From Debbie Allen's dance workshop, to Traci Braxton's code switch commencement, and who can forget sweet Virginia McLaurin's 106year journey to see the first black President, the Obamas definitely made this month feel so good!

What were your favorite moments of BHM 2016? Share below and let's march into next month with this good feeling!

READ NEXT: 21 of the blackest things the Obamas should do before leaving the White House

17 things we learned on the first day of #WhitenessHistoryMonth