@MeechOnMars on mental health in the black community & his new short film, 'Be Happy'

Demetrius Harmon, also known as @MeechOnMars, is a rising star on social media. Most recently, he's expanded from producing videos for Vine and Instagram, and developed as short film called Be Happy, which is about mental health and his own personal struggle

On Sunday night, Harmon debuted the short film, and it has already been a hit on social media. The film depicts Harmon interacting with the physical embodiments of his depression, anxiety and happiness, and demonstrates how he has learned to deal with depression

Harmon talked to Blavity about why he thinks mental health is perceived a certain way in the black community, the new short film, and what he hopes the film can accomplish 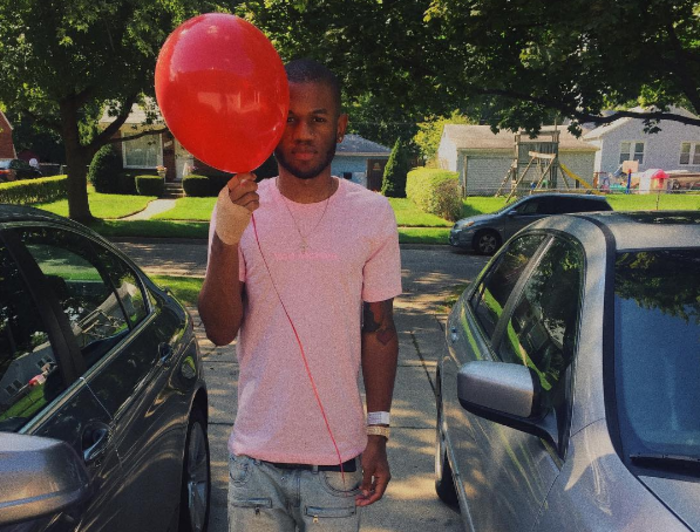 Photo: Demetrius Harmon / Instagram
As we told you earlier this year, Harmon released a YouTube video addressing his battle with mental illness and announced a campaign for his 18th birthday to bring awareness to the issue. He says its important for him to talk about his personal battle with mental health, because he didn't have someone he looked up to that he could relate to. "We look up to celebrities and it always feels like they're happy and problem free so we don't realize they're human too, but thats only cause no one wants to openly talk about the struggles," he said. "The struggles are what make you who you are today, so I do it to let those who look up to me know Im battling along with them. Sharing also allows me to vent any thoughts I have that I wouldn't share with those that personally know me."

aug. 23rd
"i want to kill myself
im not saying i will
just expressing my thoughts & feelings
brb." pic.twitter.com/TQpTvEGGug

Harmon admits that being in the spotlight can be overwhelming. "It's overwhelming, because what I do brings joy to people. For some reason people find it hard to believe I could deal with depression I always get (responses like) "you seem so happy you cant be depressed." He adds that since he is so open about his suicidal thoughts and depression, he gets some negative messages telling him to kill himself 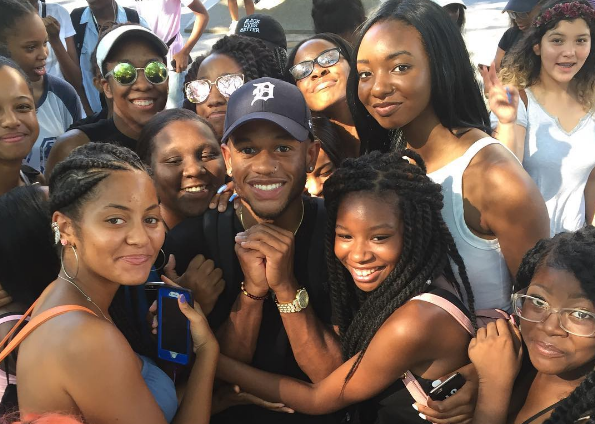 Photo: Demetrius Harmon / Instagram
Despite this, Harmon says that he best part about all of this is the support and everything that he gets from his fans, but even then he thinks about what could happen. "At any point in time if I stop doing what people like, they could choose to stop supporting me. We as consumers tend to grow tired of things fast its a scary thought," he said.
When asked why he thinks mental illness is such a touchy subject in the black community, he points to the fact that as a people we have been through so much, including racial prejudice, inequality and fighting for rights. He said, "No one wants to feel weak. No one wants to be vulnerable , because we live in a world where black people constantly have to fight and fight and be tough that it's hard to let that guard down. In black households and environments, it's also said to be "a white thing" to have a mental illness, and that's the exact stigma I'm trying to break." 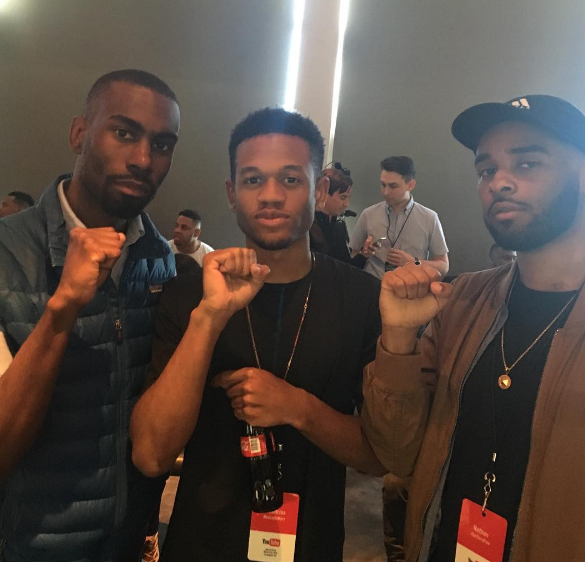 Photo: Demetrius Harmon / Instagram
According to Harmon, the idea for Be Happy came about around in April. He developed the script in June, filming about fifteen hours of scenes in 3 days. On its creation, Harmon said, "the idea to make the film came from me soaking in my sadness after a break-up and I was binge watching films and I thought 'I could do that.'" It costars Caleon Fox, Victor Pope Jr., Nathan Zed and Caleb City 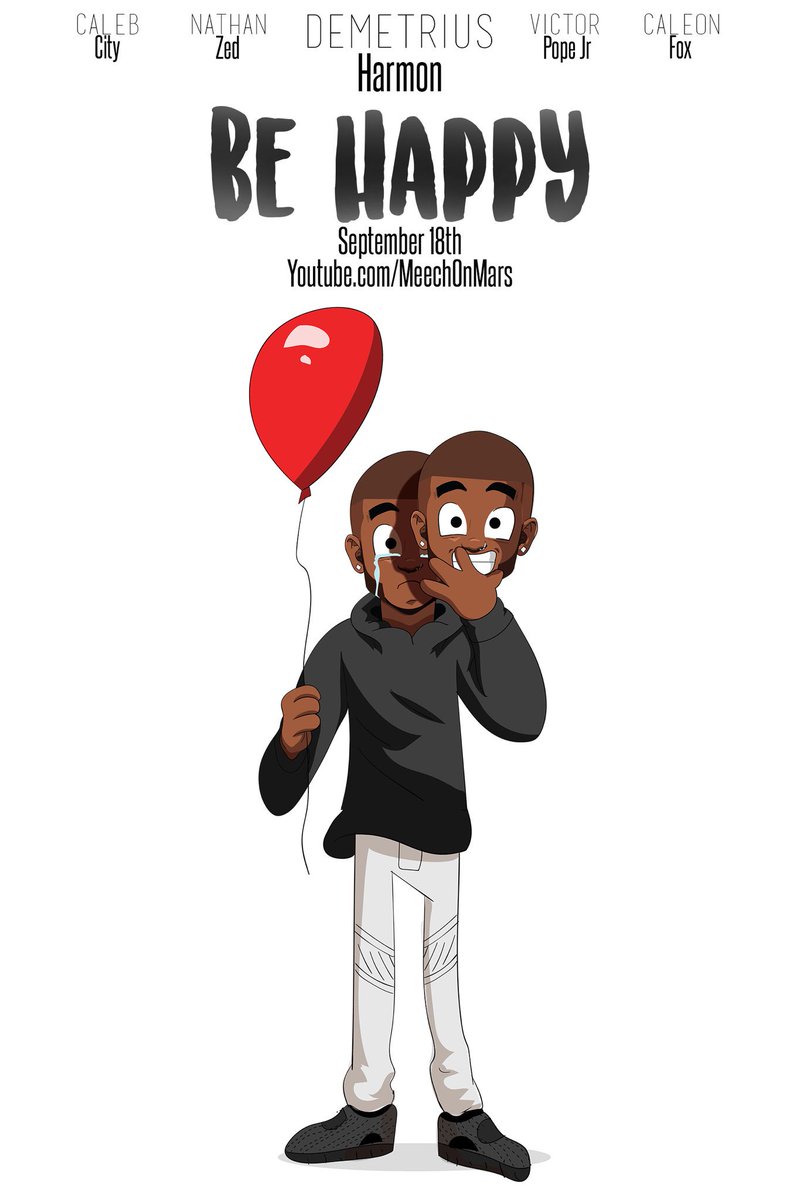 Photo: Demetrius Harmon
He hopes that the film opens a discussion about how real mental illnesses are. "I want to create a space and a feeling where people can openly talk about their struggles and thoughts without fearing for being sent a institution or being put on suicide watch like a dog and not a person. The more we talk about it the less people will feel like they are alone."
As for what's next for Meech, he dreams to be successful actor. Since he graduated high school a few months ago, he hopes to take classes to continue to achieve this goal 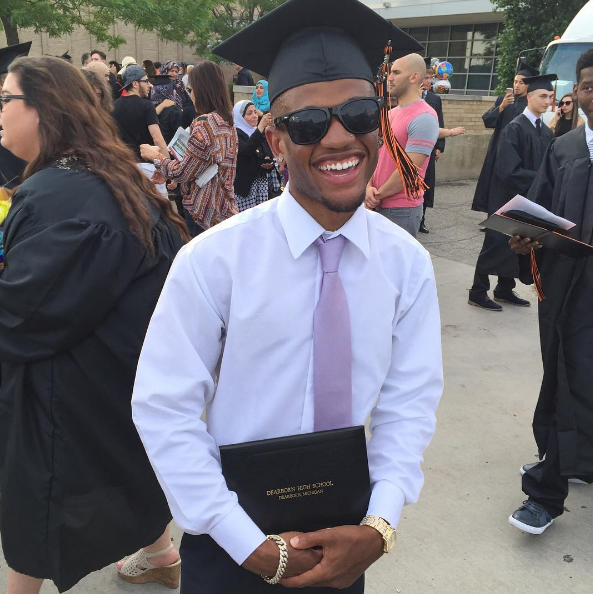 You can check out Demetrius Harmon's short film, Be Happy, in full below: