News: sexual harassment is not OK.

The Time's Up movement dedicated to creating a safe workplace for women free of sexual harassment has created an animated PSA geared toward illustrating the effects of power dynamics in the workspace.

The animation is narrated by Atlanta star and creator Donald Glover.

“You aren’t making the inappropriate comments or doing the groping, but you’ve seen it, and you’ve heard rumors. Can’t you just laugh along or simply just roll your eyes and ignore it? Does it have to be your problem? Yeah, it's your problem,” Glover says in the video. “It’s like a Ouija board. If you’re not pushing or pulling, then the people who are pushing and pulling get to make the rules." 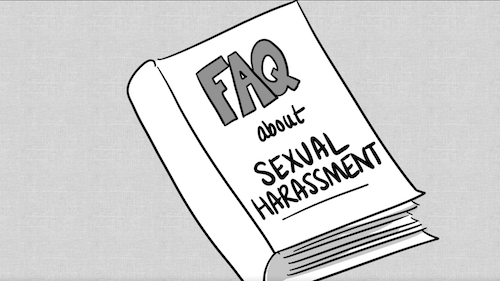 The script was written by Rachael Brian, who works with the animation company Blue Seat, and demonstrates the workings of dating at work, commenting on a coworker’s appearance, touching people at work and witnessing questionable behavior.

“There’s been a lot of discussion about whether that’s even fair to link someone pinching an ass or something off-color at work to an actual assault,” actress Rashida Jones, who directed the project, told BuzzFeed. “I think a lot of people struggle with the connection because they think it’s dramatic to connect the two. So the PSA is intended to explain that there are these nuanced dynamics that are happening when there’s a power imbalance.” 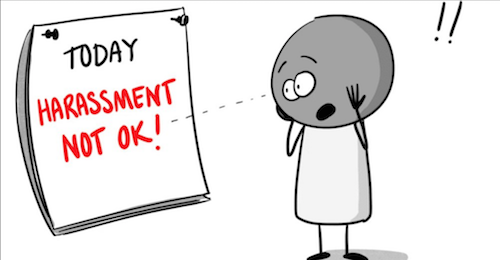 Since its launch in January, Time's Up has created a legal defense fund to help those in need of legal representation and public relations assistance in cases tied to sexual harassment at work, Sunshine Sachs representative Alyssa Furnari said in a statement.

The defense fund has raised over $21 million toward its goals, tackled 3,000 intakes and brought 2,600 affected women in contact with the legal resources they need.

“We didn’t want to be a group of Hollywood bubble people who don’t understand the larger issues,” Jones said. “For me, it’s always been until the most marginalized person is taken care of and feels safe and has protections, then nobody’s done a good job.”

Watch the full PSA below: