Themyscira, originally known as Paradise Island, is the hidden home of these powerful Amazonian warriors. It's extremely well documented that this society of sisters are women of many colors living in harmony, but for some reason that has yet to be reflected in the promotional material
Two of the most notable characters of the Themysciran community, and also play huge parts in Wonder Woman's personal story, are black women: Philippus and Nubia


Philippus is a high ranking general among the Amazons and Captain of the Royal Guard. 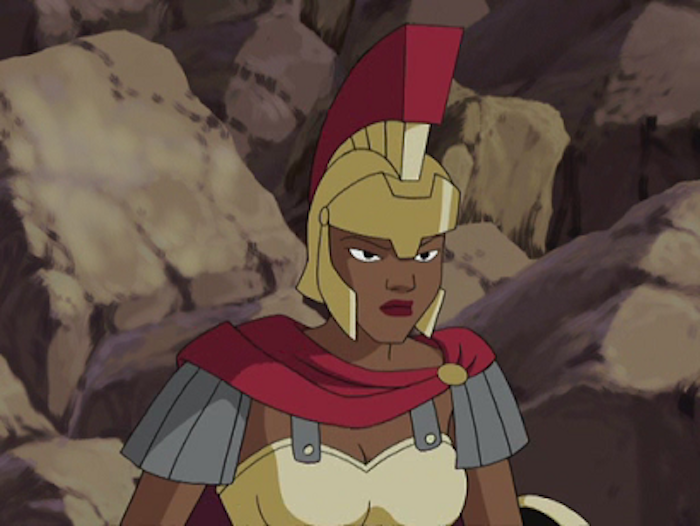 Nubia is considered one of the strongest among her people (even giving Wonder Woman these hands on several occasions), and has the power to open dimensional portals and turn enemies to stone with just a look.

Photo: DC Comics But, for some reason these characters are still nowhere to be found in the promo. The blerd timeline is not pleased. We're all waiting to see more before completely writing this movie off, but it's not looking good this far. We've seen this game played over and over again in Hollywood when it comes to erasing people of color from stories that we love, and the community is done being silent


Every black person I know is asking "Where is Phillipus in this film???" #WonderWoman pic.twitter.com/WXMICRXTfI — Son of Baldwin (@SonofBaldwin) March 24, 2016

I wish there were a little bit more diversity ... Where is Phillipus? #WonderWoman pic.twitter.com/hIdlpeAHVA

@FilmFatale_NYC Hopefully the finished film will look more like this. pic.twitter.com/IxrGRu7yVy

What do you think about the first look at the new Wonder Woman film? Let us know in the comments.

READ NEXT: The New GA Project is empowering the young, black, and unregistered #StopAskingForPermission