Her goal was to educate students with her racial and hateful perspectives that she shared openly on her podcast.

A Florida middle school teacher is under fire for injecting her white supremacist views from her anonymous podcast into her lesson plans to "impact the next generation."

On Friday, March 2, 2018 the Citrus County School District was made aware of a concerning podcast by a Huffington Post reporter. The reporter indicated they believed one of the persons participating in the podcast was a teacher at Crystal River Middle School. The Human Resources department was notified and an investigation was initiated immediately. The teacher has been removed from the classroom and the investigation is ongoing. Pursuant to Florida Statute an open investigation and materials related to it are exempt from public record and cannot be discussed until the investigation is complete.

Last week, Huffington Post uncovered the truth about Volitich, who hosts the "Unapologetic" podcast and uses the pseudonym “Tiana Dalichov” on her social media platforms. Volitich aims to influence her students with her racial beliefs and to ultimately impact the next generation.

She has bragged about teaching her students nationalist viewpoints while hiding her true agenda from administrators. Even after parents complained about Volitich's teaching bias, the school principal ignored it.

“She believed me and backed off,” Volitich said.

In one of her podcast episodes, she encourages white supremacists to take over public schools and agreed with one of her guest's viewpoints.

“They don’t have to be vocal about their views, but get in there!”  the guest said. “Be more covert and just start taking over those places.”

Volitich responded, “Right, I’m absolutely one of them.”

In the past, she has also tweeted racial viewpoints that deny the existence of white privilege. 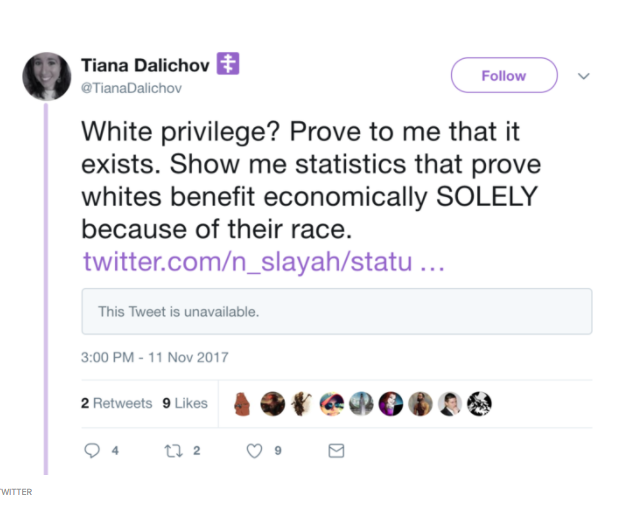 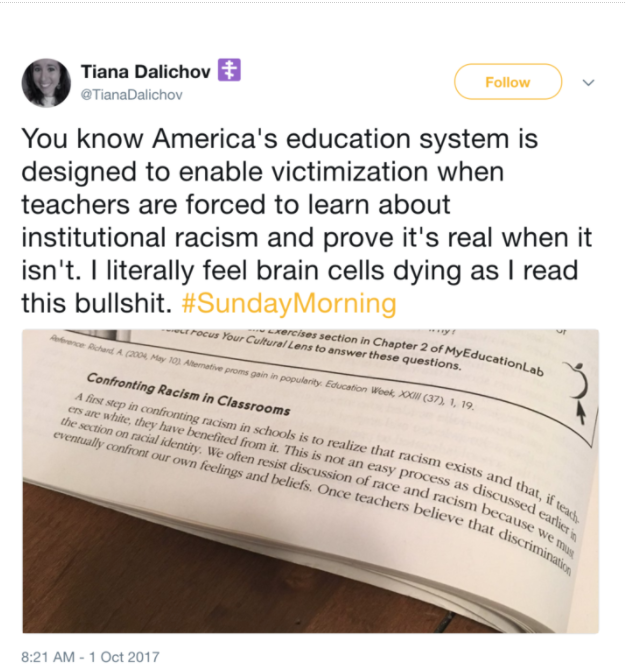 "Will be looking into the statements she made, checking the validity to see if they violate our code of ethics and policy,”  Hebert said. “She does not speak on behalf of the Citrus County School District, the views she’s listed [online] are really not in line with how our district operates.”

Dayanna Volitich did not respond to Huffington Post's request for comment and has deleted her social media accounts.