'Grown-ish' Calls Out Colorism, But Will It Ever Cast Dark-Skinned Women?

You can't be pro-black and anti-dark skin.

Since its premiere in January, I’ve been really struggling to get into the 'Black-ish' spinoff, 'Grown-ish. Grown-ish' follows the oldest child of Dre and Bo—Zoey, on her college journey. I’m a huge fan of Black-ish and Yara Shahidi, so I was really interested in seeing where this show went. I’ve been watching every week, hoping I would get more into it, and it just hasn’t happened. I don’t hate the show by any means, and some episodes bring up great discussions such as the struggles of college athletes and the double standards of bisexual men vs women, but I’ve been finding it hard to really love the show.

The last straw for me came with last week’s episode, “It's Hard out Here for a Pimp” where they discussed dating in college. In the episode, they discuss how dating is harder for some groups, particularly black women. Throughout the episode, Chole and Halle’s characters start to call out the various men of color on campus for being only attracted to light skin girls. 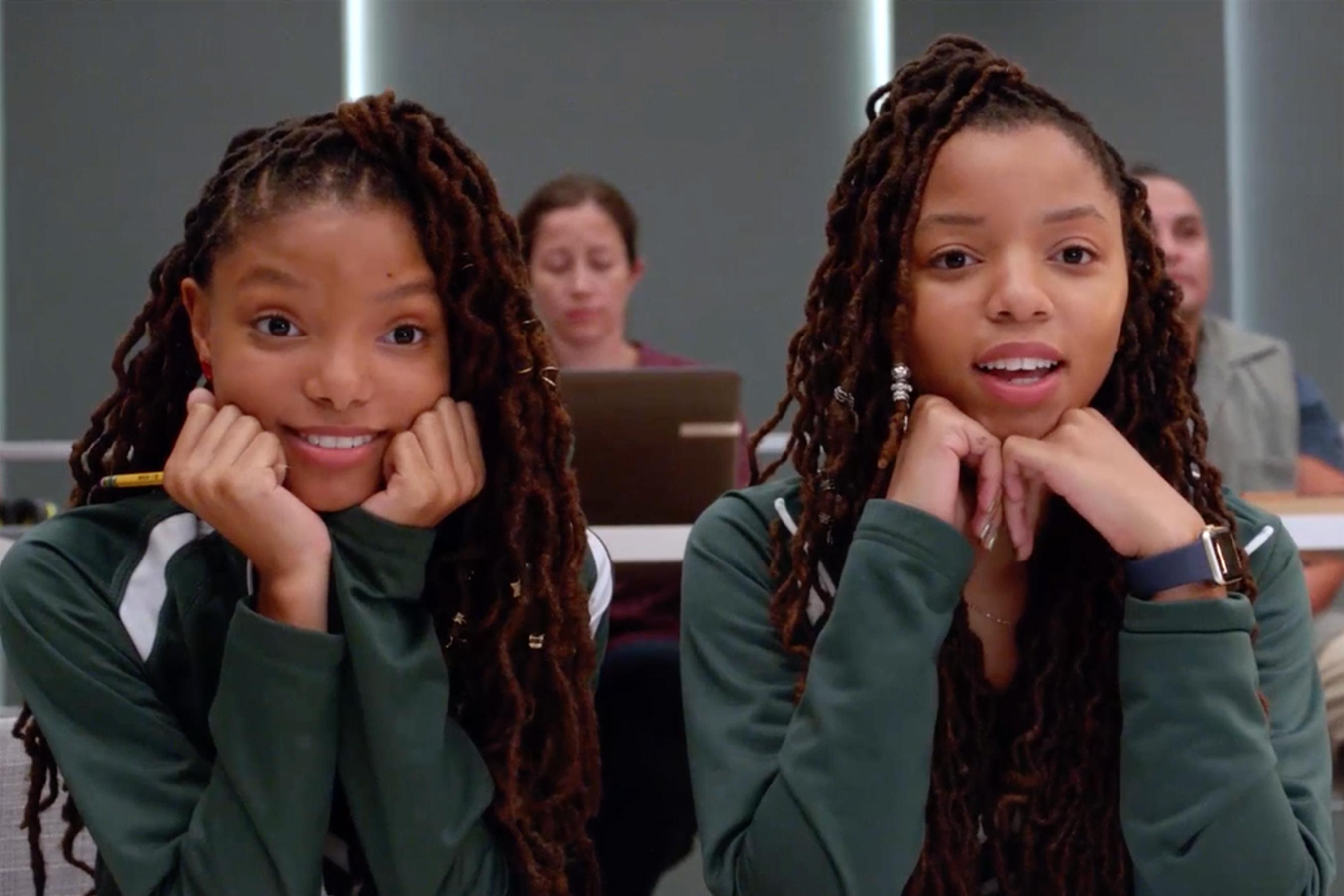 While the message was attempting to be progressive, I was just staring at the screen in pure confusion because the entire cast of Grown-ish IS light-skinned. With the exception of Trevor Jackson, everyone on the cast is passing a brown paper bag test. At the most, you could call Chloe and Halle “brown skin” (or whatever y’all want to call it), but they sure as hell ain’t dark.

This has been a criticism the show has received since the cast was first announced. Blogger, Wanna, wrote a fantastic piece about the erasure of dark skin people on the show.

“I noticed the lack of dark-skinned women and tweeted my thoughts to reflect my disappointment. Despite this, I still held onto hope that Barris and co would display a wider range of skin tones included in the main cast. However as the premiere neared its deadline, that reassurance never came.”

I too had been holding onto the hope that maybe, just maybe, they would have listened to the hundreds of people calling the show out and give us just one person, one woman, and it has not happened.

This episode felt like a slap in the face. I don’t understand how we are following Zoey at a college in Los Angeles, where there are dark-skinned black people everywhere, and yet everyone on this campus light. Couldn't we even get a dark-skinned guest star? Watching the episode, I wondered how the writers understood colorism enough to do an entire episode on it and why it’s a problem, but those same cast and crew members refuse to actually give dark-skinned women jobs? How?

Full shade but what was the point of that colorism episode of #grownish when their entire cast is light skin people? You draggin yourself? You gone cast dark skin people anytime soon? ok— M’Baku’s Thighs (@OnlyBlvckGirl) March 15, 2018

Shahidi, (who I love) was quick to get online and defend her blackness as a mixed race person but hasn’t said a word about why no dark-skinned women are on the cast. Why is that? Where is Kenya Barris on this? Why has no one from the cast or crew addressed the serious issue of colorism that has been constantly brought up to them? Was this one episode their way of addressing it? Does that mean you’re going to now actually hire dark-skinned people? What was the point of all this? It feels like a “just take it and shut up” episode and I was so turned off by it.

We are going backward. Black-ish and Grown-ish are the biggest (and really the only) black sitcoms on television right now and in 2018, there is no reason we should not be able to have dark-skinned people on our screens. This feels very much like the 90s where dark-skinned women were actively being pulled off the television, and replaced with mediocre light-skinned women simply because “dark skin doesn’t sell”. Well, I don’t know where the Grown-ish fam has been but the biggest movie in the world right now, 'Black Panther', is starring a primarily dark skin cast, raking in over a billion dollars, so what is your excuse?

I need both Black-ish and Grown-ish to get it together. You can’t be pro-black and anti-dark skin people at the same time.