How Brandon Fleming, Harvard University, And 25 Black Students Are Changing The Narrative Of The Ivy League

The first cohort of the Harvard Debate Council Diversity Project has blazed a powerful trail for many more to follow.

In today’s climate where many are searching for the right solutions to the problems of our world, the topic of education commonly arises as one of the many areas of concern. As community leaders and teachers fight to bring more attention to the vast disparities present in schools, one man has combined his expectations in aptitude and engagement with an increased demand for access and exposure.

Once labeled an at-risk adolescent, 27-year-old educator Brandon Fleming has turned his past frustrations into the fuel needed to climb the proverbial ladder in the world of education. Throughout his teen years living in Alexandria, Virginia, Brandon displayed a subpar desire to succeed academically while having the tendency to engage in troublesome behavior. The basketball court served as his refuge and as a result, he received the opportunity to play collegiately at Liberty University. However, Fleming’s athletic career was quickly derailed due to a knee injury during his freshman year. With his hoop dreams reduced to an indefinite timeout, he found himself on a downward spiral which included dropping out of college and working long hours on an assembly line. 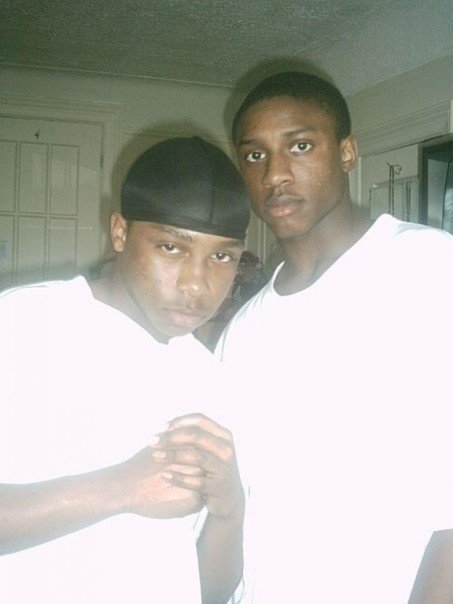 During this demanding period, Brandon found himself around people who couldn’t believe the choice he made. “My coworkers on the line chastised me because as a young black man, I relinquished what they called the golden ticket they would’ve all died for – an education,” Brandon said.

It was through such ridicule that he realized he had made a grave mistake by dropping out since having a proper education was his only way out of the factory. Due to dropping out, he lost his financial aid so depression found its grasp on him and pushed him to attempt suicide. Fortunately, his life was spared and he chose not to take his second chance for granted.

Upon his return to Liberty, he struggled immensely due to various learning gaps. However, by digging deep into the literary works of Frederick Douglass and Malcolm X, he experienced a newfound level of intellectual hunger. Born with a competitive energy, Brandon previously found the court as his outlet but discovered the void was left unfilled because of his injury. Fortunately, he found himself watching the film, The Great Debaters, which broadened his scope of what he could pursue as his passion.

After receiving inspiration from the film and his professors, he founded a competitive non-profit college preparatory and leadership development institute called the S.Y. Scholars Program, Inc. Initially, the program started by tutoring a few kids but as the program’s buzz grew, more youth from the community began to show up. By setting rigorous expectations in academic ability and social leadership, Fleming successfully guided his cohort of underserved teens in increasing their 1.2 cumulative GPA to a staggering 3.0 after only two months. With approximately 90% of the students achieving honor roll for the very first time, he decided to advance the mission of his program by implementing a curriculum focused on molding his students into community organizers who carried out efforts to bring awareness to education reform in central Virginia.

Eventually, Fleming and his students hosted an educational symposium created to inform political leaders, educators, and parents about the need to improve the education system locally and at-large. Ultimately, one symposium turned into a tour of symposiums, which featured Brandon and his students traveling to well-known colleges such as Duke University, Howard University, and Wake Forest to incite change within those respective communities. 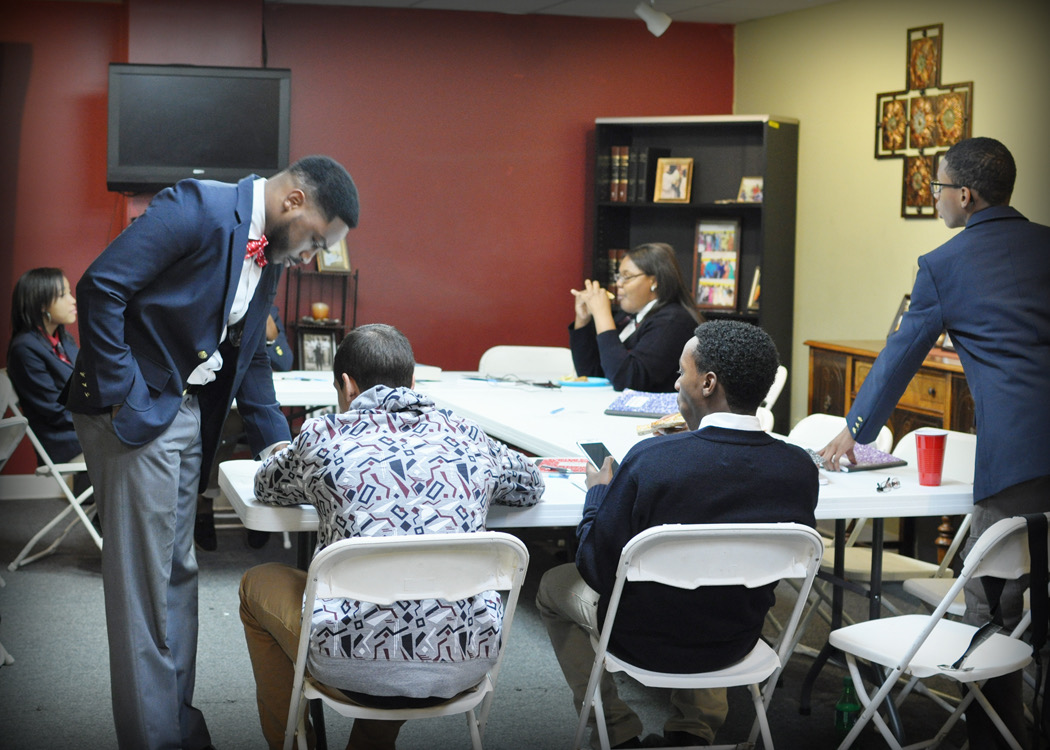 After completing his comeback in 2013 by earning his Bachelor of Arts in English, he worked at a local public high school before being recruited to teach at the renowned Ron Clark Academy in 2014.  Just 22-years-old at the time, he spent the next four years teaching the social sciences while bestowing his love for oration, debate, and critical thinking upon his middle school students. A skilled lecturer himself, the school’s position as an educator training facility frequently presented Fleming with the chance to hone his presentation skills in front of thousands of educators while sharing the approach he used to enhance the cognitive comprehension of one’s students.

Outside of the classroom, he started RCA’s debate team and coached the school’s team to an undefeated record at a high school tournament. As luck had it, it was at this tournament that the Harvard Debate Council recruited Fleming to join their summer faculty. After teaching at the prestigious Ivy League during the summer, he was quickly appointed as the Assistant Coach of Debate for Harvard’s debate team. Despite the achievement, Brandon found himself disappointed that out of the many gifted students from all over the world, there were hardly any African-Americans participating in the program.

He decided to do something about it.

Consequently, he sat down with Harvard’s Director of Debate, Dr. Tripp Rebrovick, and proposed a pipeline program that would recruit, train, and feed black youth into the esteemed summer program through scholarship. Enamored at the idea, Rebrovick provided Fleming with a seed grant to launch the unprecedented initiative in the second half of 2017.

Despite being provided with the initial funding, the start of the Harvard Debate Council Diversity Project (HDCDP) was a complete leap of faith for Brandon as he left a dream job to pursue his own vision. Grateful at the opportunity to make a difference, Fleming sought out help by establishing a powerful board of directors possessing an array of experience in fields including media, law, nonprofit, education, government, technology, and business.

Although his program had no money guaranteed yet, Fleming found himself promising 25 kids that he would send them to Harvard on full scholarship. Furthermore, he sought to breathe positivity and enthusiasm into the students’ journey by organizing a surprise acceptance event in January that shocked the nation. 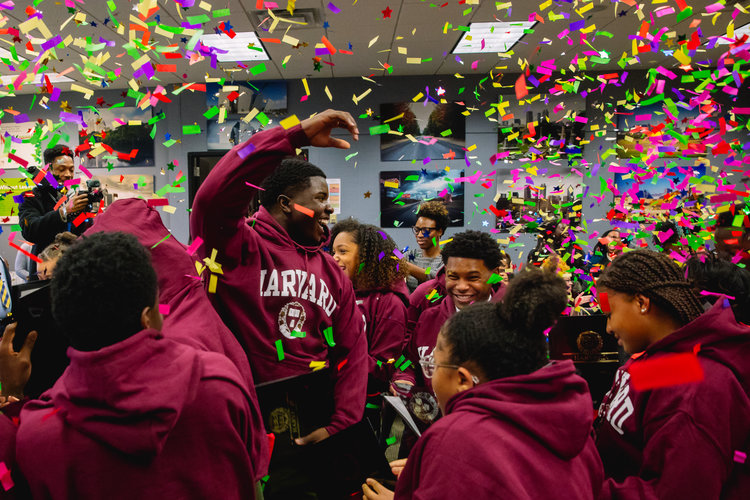 Thankfully, a private nonprofit institution, the Art Institute of Atlanta, became his first financial contributor and offered their building as the headquarters for weekly Saturday classes designed to educate the first cohort of students on the elements of public speaking, argumentation, and critical thinking. 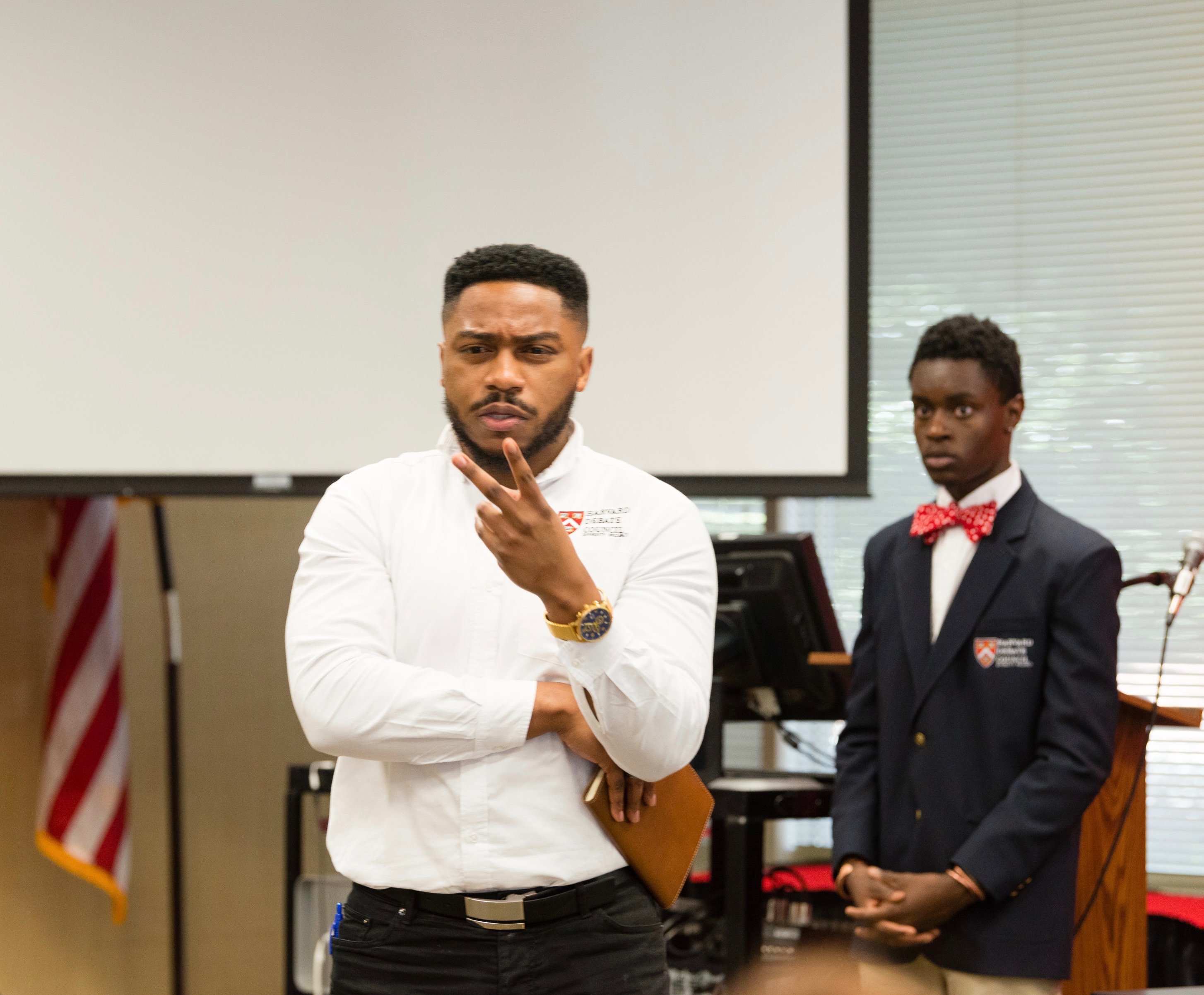 However, this “yes” was followed by over 100 rejections from numerous foundations and corporations. Feeling defeated, he started believing that he’d make an embarrassment of those believing in both him and his project. Fortunately, everything changed when Rodney Bullard, Executive Director of the Chick-fil-A Foundation, showcased his faith in Brandon’s work by making a $20,500 donation to the project. As a pillar in the Atlanta community, Chick-fil-A’s stamp of approval created a ripple for more support to follow from corporations including The Coca-Cola Company, UPS, Publix Supermarkets, MBC Concessions, the Atlanta Hawks, and more.

Astoundingly, it only took six months for the organization to raise over $100,000, which covered tuition, travel, and room and board for all 25 students of the inaugural cohort. After several months of intensive studying and training, the group was sent off in style at an event held at Atlanta’s private membership club, The Gathering Spot. Titled, “A Celebration of Diversity,” the occasion included riveting speeches from the students and foundation executives while also featuring a special fireside chat with accomplished CNN political correspondents Symone Sanders and Bakari Sellers. 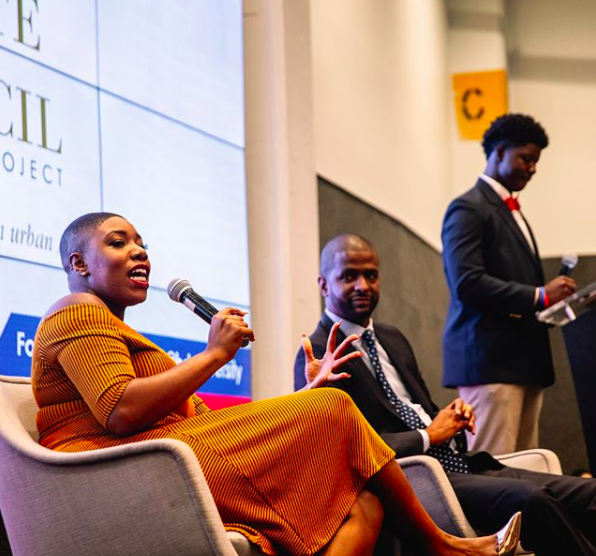 On July 1st, the young trailblazers selected from a pool of 150 applicants, traveled from the classroom to Cambridge, Massachusetts with their eyes set on showing global scholars from continents including Asia and Europe that a group of driven minority youths from Atlanta could hold their own.

For two weeks, students spent more than 10 hours daily in an intensive, academic setting where they learned from experienced debate instructors and professors who vigorously pushed the students to expand upon their knowledge in analysis, research, and political science. 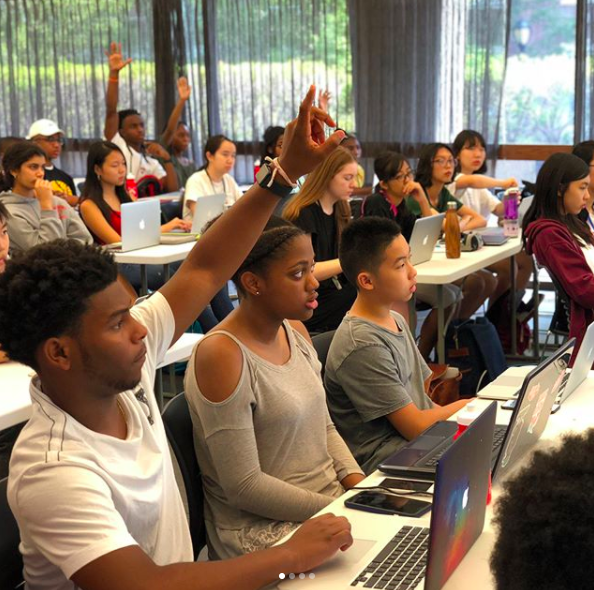 Near the end of the program, the HDCDP students were separated from their peers and left to showcase their newly acquired skills by joining one of the 12 teams featuring scholars from across the world. Despite standing in uncharted territory, the new batch of students from Atlanta left a remarkable impression upon debate faculty who considered them as frontrunners in the competition.

At the end of the competition, HDCDP student, Jordan Thomas emerged victorious as he earned 1st Place Overall amongst the sea of 400 students. 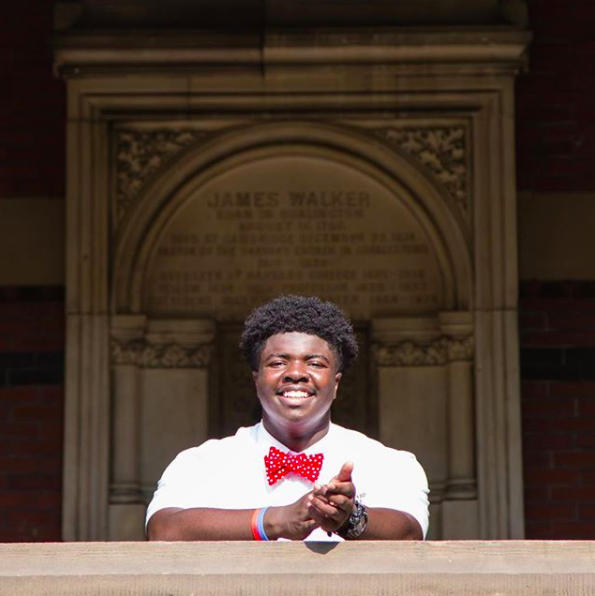 In the days that have passed since their return, the inaugural bunch of students have received high praise and genuine support from their local community as well as the thousands of people who have been following their journey from afar since January. Also, the novice debaters stemming from 16 metro-Atlanta schools have been coined as “The Great Debaters,” the same moniker given to the historic debate team assembled in 1935 at historically black institution, Wiley College. Fittingly enough, the nickname doubles as the same name of the 2007 movie that once sparked the mind of a young Brandon Fleming eager to find his calling in life. After exceeding his own expectations of the project in less than a year, he finds himself excited to build the diversity project out even further with the hopes of taking it to new heights with each year that comes. With the backing of Atlanta, Harvard University, and 25 successful students, there’s no debate to this argument – he’s already won. 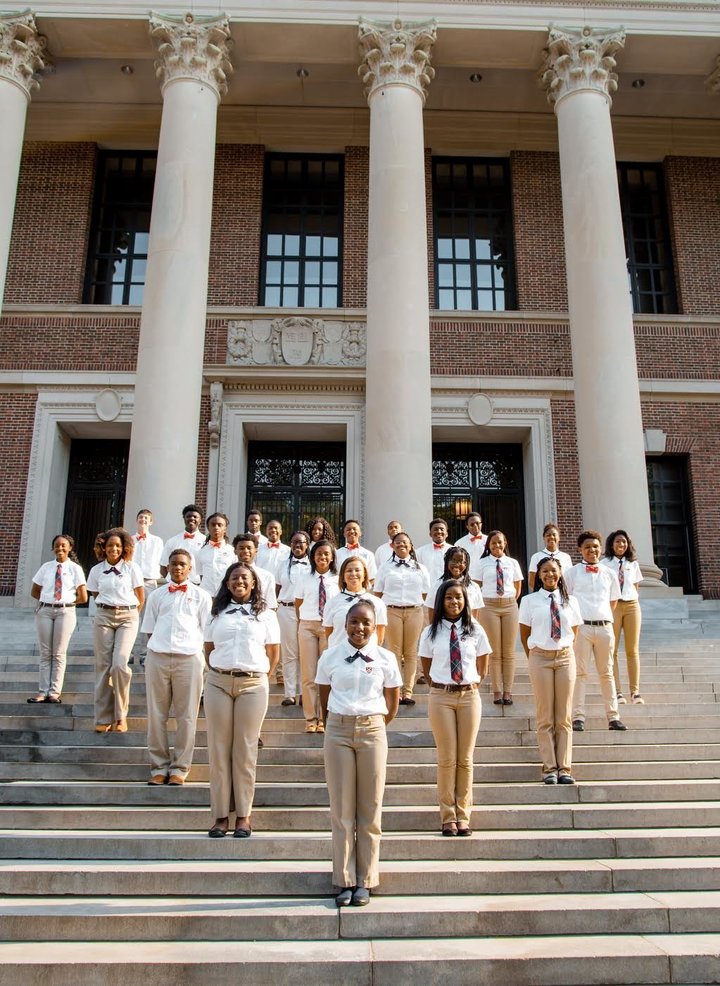 The Diversity Project will open applications for the next cohort to train at Harvard in Summer 2019. With the application not opening until August 15, more than 350 nominations have already been submitted.