How I explained microaggressions to my non-black partner

There comes a point in every interracial and inter-cultural relationship when these tricky conversations have to happen. I’m a black American from the South Side of Chicago, and as traveled as I am, I will always view the world through this cultural lens to some extent. On the other hand, my partner is not black, nor is he American. And, naturally, he lacks the context and certain vocabulary to talk about issues that affect me and other minorities on a daily basis. Which is why when it came time to explain the word 'microaggression,' I needed to be clear, concise and keep in mind that outside of the United States, and the cultural microcosms in which I move, such terms aren’t as common. (My partner and I live in Western Europe.) That doesn’t mean, however, that the acts themselves don’t still occur. Microaggressions are defined as: “The everyday verbal, nonverbal, and environmental slights, snubs, or insults, whether intentional or unintentional, which communicate hostile, derogatory, or negative messages to target persons based solely upon their marginalized group membership.” To be clear, the article in Psychology Today that the definition was pulled from also states that microaggressions can occur among any and every marginalized group. I’m speaking about microaggressions that affect women of color specifically, as that’s my reality. Here’s how I explained microaggressions to my non-black and non-American partner:

Committing a microaggression against a marginalized group doesn’t necessarily make you a bad person. For the average individual, it’s simply a moment of haphazardness or imprecision of words. As a black woman, I try to see microaggressions as teaching moments to point out the unintentional or subconscious ways that people’s prejudice and fears manifest. Also, I want to make it very clear that even though I pertain to two of many marginalized groups, I myself try to be aware of microaggressions that could hurt others as well. I’m not exempt. No one is.

Unintentional or not: Every action causes a reaction

Simply not understanding something does not make it any less real for the person affected by your words or actions. Whether or not I intended to spill milk does nothing to change the fact that there is a puddle of milk on the floor. To waste time explaining (with no avail) that you didn’t mean to offend or hurt someone does nothing but take away from their pain and, in turn, merely exasperates the situation. The time you spend trying to convince someone that you didn’t “do anything” would be better spent apologizing and understanding the root of the issue. It’s real to us. That’s what matters. This is not an opportunity for you to get defensive or offended at the very suggestion of your being “racist” or having prejudices. Remember: It’s not about you.

“I’m sorry if I offended you” is not an apology

Obviously, you offended me, I just told you. There’s no 'if.' It happened. Let’s just be real about it and not back step with half-hearted apologies and excuses. 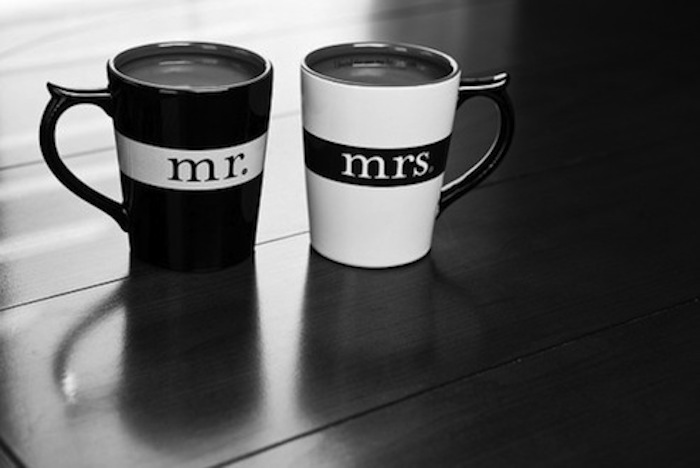 It’s not always about race

No, we’re not being dramatic and pulling the “race card” when we correct people or point out microaggressions. Have you ever used the word 'gay' to describe something in a negative way? That’s a microaggression. Have you ever complimented a non-white American on how well they speak English? Yep, that counts too. Have you ever referred to a woman as aggressive or pushy for doing the same thing you’d praise a male colleague for? Also a microaggression. We bring these things to your attention because it’s not our job as marginalized people to be your punching bag — no matter how hard or soft the hits — whether they're intentional or not. You don’t get to be haphazard with our feelings when you spend 15 minutes agonizing and editing an Instagram photo. #sorrynotsorry I went on to explain to my partner that as a black American, more specifically a black American woman, I’m tuned into a frequency that he cannot even begin to imagine. Survival instincts and history have conditioned me to read between the lines while simultaneously dotting every 'i' and crossing every 't.' It’s a very fragile balancing act that black Americans, as well as other marginalized groups, deal with on a day-to-day basis. We live next door to people who hurt us, hate us, or have beliefs that attempt to police us literally and to police our emotions. We do our best to walk through life ignoring the big, ugly elephants in the room in the name of peace and harmony, because as author James Baldwin so eloquently put it: “To be a Negro in this country and to be relatively conscious is to be in a rage almost all the time.” We have to talk about microaggressions because they add up over time. I can only speak for myself, but I don’t want to snap on my partner one day over something small because in my mind I’m doing it for the ancestors and putting every transgression from the Trans-Atlantic Slave Trade to the mass incarceration of black men in the United States on him simply because he has blue eyes. When your white or male or heterosexual friend or family member commits a microaggression against you, that thin line that you’ve drawn to separate the deliberate racists and bigots from those you love gets blurry. That’s why we speak up. I ended our conversation by saying that just because I call him out on microaggressions doesn’t mean that I don’t love him, or that he doesn’t love me: It means that we’re human and that there’s always room to grow in light and love

READ NEXT: 5 Ways to overcome those against your interracial relationship

Danni, Community + Content Director at Las Morenas de España, is a twenty-something, Chicago native currently residing in Madrid, Spain. If you need to find her, she’s the girl with huge hair and her face buried in her Kindle. Reach her on: Facebook, Twitter or Instagram.