I am going to keep it 100 right now — I am very much obsessed with Serena Williams and Viola Davis. Why? Well, isn't it obvious? Serena and Viola present some of the strongest cases for the existence of #BlackGirlMagic and I am 205% here for it.

I regret nothing. Photo: giphy.com

Granted, that was a little blunt, but you'd be fairly blunt too if these two women were responsible for shaping your self-esteem for the last five or so years. To explain, it's no secret that Black women/womyn are the most dumped-upon demographic, mostly because of our precarious position at the intersection of race and gender (add 42,058,043,983 points to this if you are also trans, queer, fat, disabled, etc). Some days it's easy to dismiss the hate and the misogynoir and dust your shoulders off. Other days, someone might catch you when you're down and decide it's the perfect opportunity to kick.

I've had both of those days. Strangely enough, both Serena (a recently certified Superwoman) and Viola (the coolest mom around) got me through the worst of those days.

And here's how they did it:

1. They taught me to reject Eurocentric beauty standards. 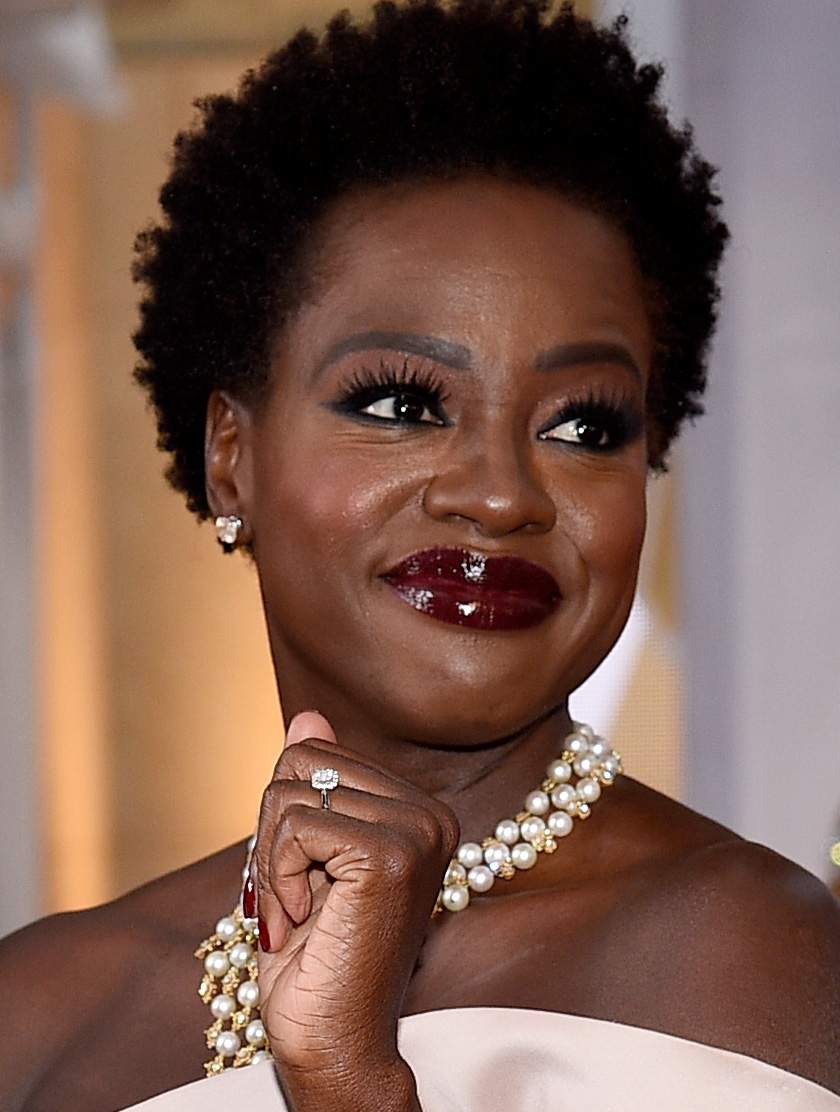 I don't think I'd be too far off by assuming that every black girl has heard “You're pretty...for a black girl” at least ONCE in their lives. Incidentally, famous black women are not excluded from this. This includes Viola and Serena. Both of them have experienced their share of misogynoir over their looks and both have proceeded to handle it like the pros (the former handling it with a grace that I certainly won't ever possess and the latter giving absolutely no f*cks and making the #CarefreeBlackGirl in me cackle with glee).

Indeed, I recall that classless NY Times article that referred to Viola as “less than classically beautiful” as compared to lighter co-stars such as Kerry Washington and Halle Berry. The author was probably expecting for everyone to let that one slide, but no one did — not even Viola herself. In fact, she took the time to call out Stanley's egregious comments while thanking Shonda Rhimes at the 2015 People's Choice Awards:

Thank you Shonda Rhimes, [producer] Betsy Beers and [creator] Peter Norwalk for thinking of a leading lady who looks like my "classic" beauty.

Again, way classier than what I would have said, but I'm still loving it.

Serena is also no stranger to the extreme misogynoir that comes with being a highly-visible and highly-successful athlete. In fact, I would argue that the misogynoir is turned up to 50 for her because of the special attention paid to her athletic physique.

For example, back in July, the NY Times “attempted” (and I am stressing the word “attempted”) to address some of the body issues in tennis and how they relate to women. In this attempt, they managed to not only other Serena and frame her as if her physique was somehow strange, but they also managed to bring both misogynoir and transphobia into the mix. Which was horrible, considering that they compounded upon the infamous comments made by resident asshole Russian Tennis Federation President Shamil Tarpischev in October last year:

[Williams] “has large biceps and a mold-breaking muscular frame, which packs the power and athleticism that have dominated women’s tennis for years. Her rivals could try to emulate her physique, but most of them choose not to”

Tomasz Wiktorowski, the coach of Agnieszka Radwanska who is 5'8" and 123 pounds, says, “It’s our decision to keep her as the smallest player in the top 10. Because, first of all she’s a woman, and she wants to be a woman.”

I know plenty of black women who share similar (I'm saying similar because Serena is at peak human condition, y'all. Let's not play these games) attributes with Serena. The coveted butt. The powerhouse thighs. The envious biceps. 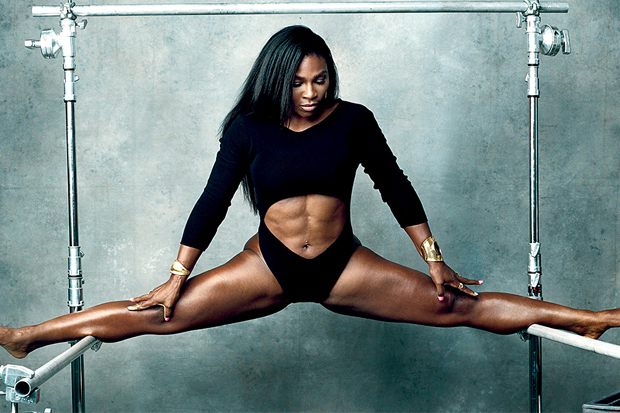 And just because these things don't fall in line with the Euro-centric, thin-centric culture that we inhabit don't mean they are strange at all. There's nothing wrong with the way she looks. There is something wrong with this culture. Corrine Gaston of Ms. Magazine put it like this when addressing Tarpishchev's comments:

"The type of body-shaming in Tarpishchev’s comment, while subtle, comes gift-wrapped in a triad from hell: misogyny, racism and transphobia. By referring to the Williams sisters as “brothers,” Tarpishchev resurrected the tired notion that black women are unattractive because we are more “masculine” than other women and are “indistinguishable” from men. These types of jokes are used to say that black women aren’t “real women,” that there’s something just not right about our bodies, not feminine enough, too muscular, too “scary” and that we’re worth less because of it. Look at radio host Sid Rosenberg, who called Serena an “animal.” Imagine how many black women are internalizing these messages. There’s little difference between Tarpishchev’s words and the transphobic slur the late Joan Rivers used to slam First Lady Michelle Obama, calling her a “tr*nny.” Both use black women and trans people as the butt of a body-policing joke.

We live in a society that pretends women and men are treated equitably, but drags individuals across the coals for not adhering to gender norms. Women can be world-class athletes, but their bodies are still hyper-visible, shamed, sexualized, criticized and exploited to foster gossip about their love lives and sexualities."

Despite all this slander, however, Serena continues to be unbothered and has decided to address her haters the best way she knows how: by flexing on them with all the money, trophies, and titles that she's bringing in. 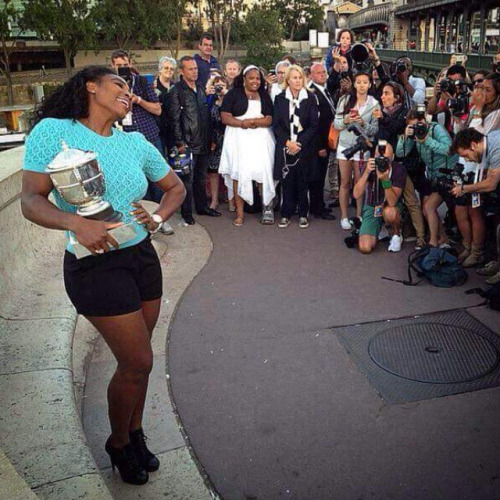 Which brings me to my next point:

2. They showed me what it takes to enter exclusive spaces and dominate them. 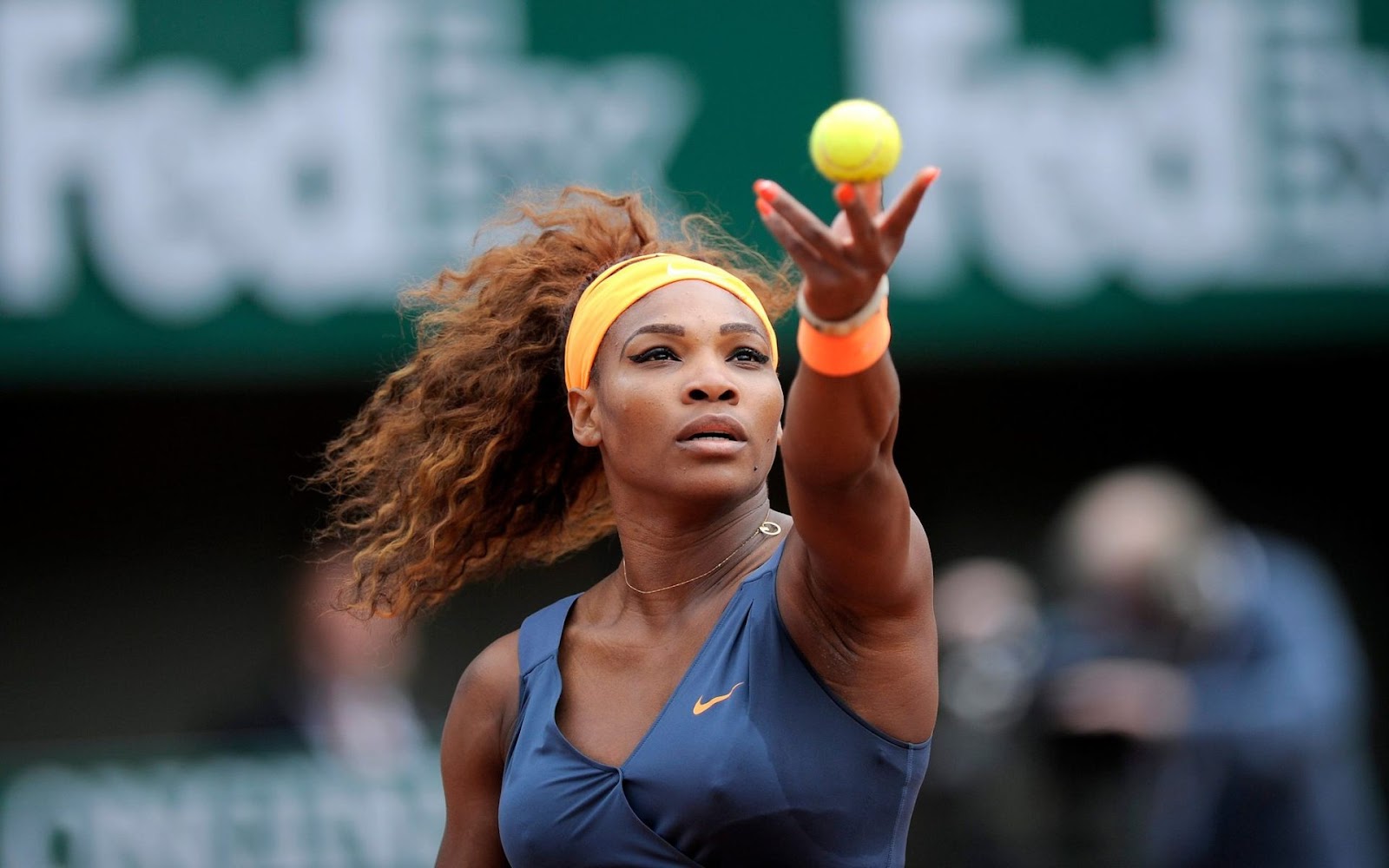 I attend school at a PWI and, as a result, I have come in contact with all sorts of people — but specifically White men — telling me explicitly or implying that I don't belong there. That I got in on Affirmative Action (even though it's been proven that it benefits white women the most). That I'm not smart enough to be here. I used to get really upset at hearing this and explain that I did belong there and that I worked harder than any of them to get there.

Now when I hear those things, I just laugh. You know why? Because I realized that it's coming from a place of insecurity, fragile masculinity and white mediocrity. And I credit that realization to the fact that both Viola and Serena have had to handle similar situations and criticisms.

Let's be real, both Serena and Viola are working in predominantly white and male fields. But instead of merely working or existing in these fields, they have seen it appropriate to dominate them.

Words spoken by Nicki Minaj and embodied by these two women. Photo: keep-calm-o-matic.co.uk

Serena is perhaps the most clear-cut example of this. At age 34, Serena continues to clean house in the tennis world and has racked up a whopping 87 titles and COUNTING. And you want to know the best part? She has no plans to slow down. This, of course, has pissed all kinds of people off and has prompted people to say that she is “spoiled,” “has bad sportsmanship,” and “doesn't know her place.”

That last one always makes me chuckle because I'm very curious about what people mean when they say her “place.” I mean, if you're talking about her “place” as the darling of the tennis world, then yes, she does, in fact, know her place.

And she damn sure is going to make sure you know it too.

Still, I find the vitriol very funny every now and then because I wonder, if her detractors are still this pissed off at her success and dominance, what they thought when she and her sister came straight outta Compton with beads in their hair and not a care in the world about their critics.

Which brings me to my last point:

3. They taught me how to revel in being a black woman, especially in my success. 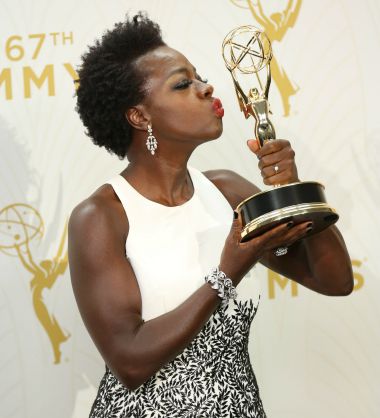 We all are well aware of the tendency that black entertainers have to distance themselves from their blackness once they get big. Once the checks start coming in and once they realize that being offensive pays too, they suddenly become colorblind and colorless. If they really want to commit to this new role, they'll usually follow that up with some love letter to respectability and demand that their fellow black people pull themselves up by their bootstraps like they did.

If they execute their elaborate ruse correctly, they will then be appointed as the representative of every. black. person. ever…usually by someone white.

Oh for the love of all that is black... Photo: giphy.com

That horrendous-ness aside, Serena and Viola, time and time again, have refused to play that game. They are not keen on skirting around race and have not shied away from speaking from and about their identities as black women, not even when they win.

Indeed, Serena recently wrote an article in WIRED that not only called for more women in tech but also shouted out the #BlackLivesMatter movement and did not at all shy away from the importance of her race AND gender in her field:

"That’s the reason I wanted to do this issue with WIRED—I’m a black woman, and I am in a sport that wasn’t really meant for black people. And while tennis isn’t really about the future, Silicon Valley sure is. I want young people to look at the trailblazers we’ve assembled below and be inspired. I hope they eventually become trailblazers themselves. Together we can change the future.

So to those of you involved in equality movements like Black Lives Matter, I say this: Keep it up. Don’t let those trolls stop you. We’ve been through so much for so many centuries, and we shall overcome this too (see “Get Up, Stand Up”)."

Viola, too, has not been one to keep mum on her identity as a black woman. No greater example exists than her wonderful Emmy speech:

That was Harriet Tubman in the 1800s. And let me tell you something: The only thing that separates women of color from anyone else is opportunity

You cannot win an Emmy for roles that are simply not there. So here’s to all the writers, the awesome people that are Ben Sherwood, Paul Lee, Peter Nowalk, Shonda Rhimes, people who have redefined what it means to be beautiful, to be sexy, to be a leading woman, to be black.

And to the Taraji P. Hensons, the Kerry Washingtons, the Halle Berrys, the Nicole Beharies, the Meagan Goods, to Gabrielle Union: Thank you for taking us over that line. Thank you to the Television Academy. Thank you.

Viola's inspiring speech inevitably brought out the trolls who just didn't get it (and perhaps didn't want to get it), but their negativity didn't matter. What mattered was that Viola used her win to unapologetically celebrate black women, to elevate her sisters who were fighting in the trenches with her, and to demand that the industry creates more opportunities for them.

All in the same breath.

So although I've still got a lot of growing up to do, if I end up half as badass as our fair Serena Williams and her majesty Viola Davis, I think I'll be alright.