The brand new exhibit combines the accuracy of archaeology with the support of slave descendants in order to paint a new picture of history.

The challenge with bringing attention to certain time periods in history is rooted in the notion that facts are essential. Without factual evidence, movies, shows and other media sources can often lose credibility and misrepresent the full story of an era in time.

James Madison’s Virginia estate, Montpelier, aims to deliver a new perspective about the existence of slavery through a new exhibition titled, The Mere Distinction of Colour.

Opening on Monday, June 5th, the revolutionary exhibit will use slavery to bridge the gap between the past and the present as it uses the Constitution as a vehicle to carry visitors along a new path, while providing a holistic view of America’s founding.

To start, the creators of the exhibit place great intention on shining a more open-minded light on James Madison, the last person to own Montpelier. Madison, who served as the fourth U.S. President from 1809 to 1817, is remembered most for producing the first drafts of the U.S. Constitution and the Bill of Rights, which coined him the nickname, “Father of the Constitution.”

In the early 1760’s, the slaves owned by Madison’s parents, Nelly Conway Madison and James Madison, Sr., constructed a brick Georgian structure that would be named Montpelier. In the two decades that passed, Madison graduated from what is now known as Princeton University, and chose to embark on a career in government. After helping to set the framework for how state and national governments should be run, he returned to Montpelier in 1797.

Upon his father’s death in 1801, Madison inherited the estate and the estimated 100 slaves who resided on the grounds. Due to his time spent serving in Congress and the White House, Madison and his family would not officially retire to Montpelier until 1817.

During this time, Madison was remembered for questioning the existence of slavery as he led conversations with high-profile visitors about the ways to consider colonizing freed slaves back in Africa, since he did not believe a positive solution could be created in America. Although Madison did not free his own slaves, he was respected for requesting them to not be sold without their consent, a wish that his wife Dolley did not fulfill after she inherited Madison’s slaves through his will.

Since then, Montpelier has grown to become a landmark for scholars to learn and adventurers to explore. The Mere Distinction of Colour arrives as the result of 17 years of research, mainly through the use of archaeology. Dedicated to telling a more well-rounded story about the historic ground, the exhibit travels through the cellars of James Madison’s home and the part of the estate where house and field slaves lived and worked, known as “South Yard.” Here, the typical tales of slavery focused around the downtrodden and hopeless, are exchanged for a new outlook, which introduces the humanity and emotion experienced by the slaves on site. 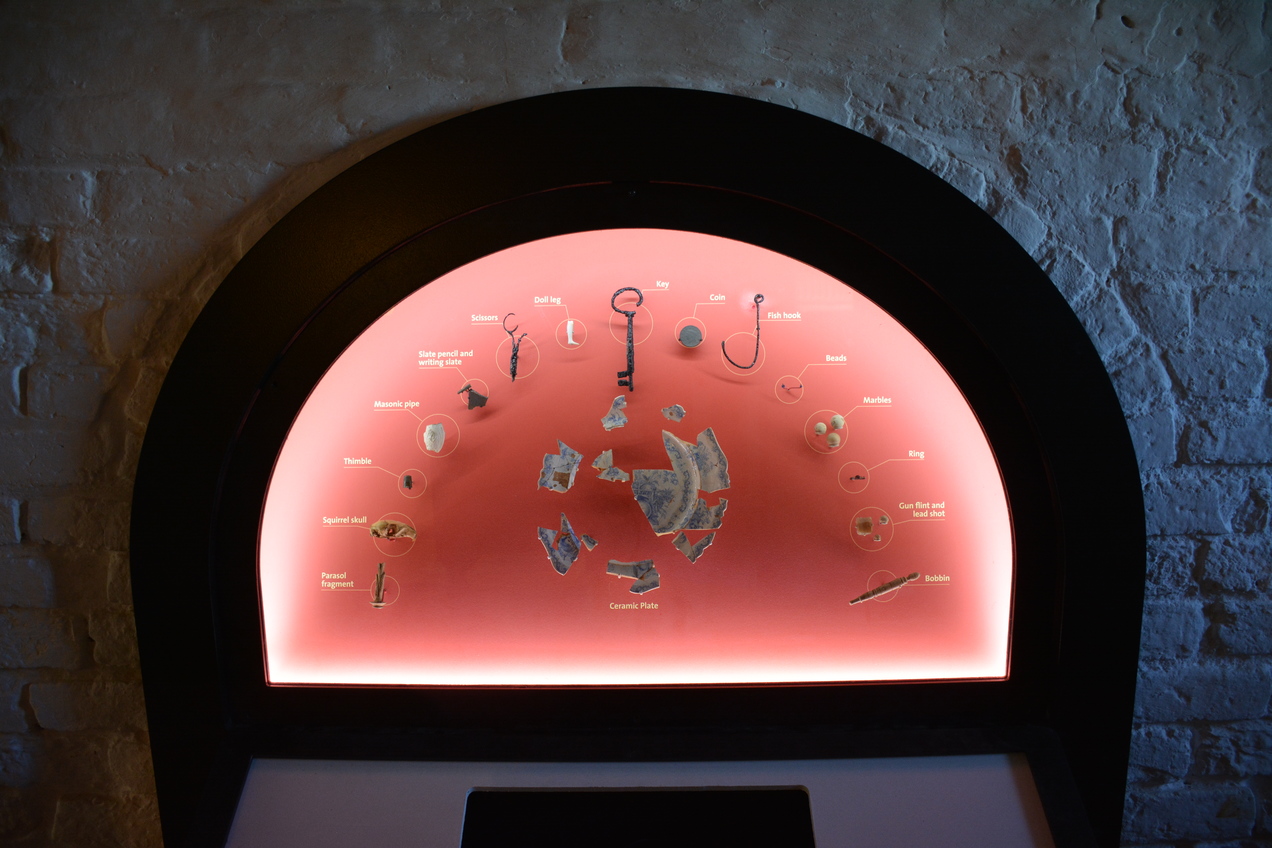 One way in which Montpelier’s exhibit separates itself from other displays is by how it provides visitors with the unique opportunity to discover the stories of the enslaved community through the eyes and words of their living descendants. By incorporating family ties and lineage, the creators of the exhibit are able to stretch the minds of guests by inviting them to discuss how the impact of slavery influences the elements of race and identity today.

Michelle Taylor, a 2015 graduate of Virginia Commonwealth University, discovered her relation to George Gilmore, a man born into slavery at Montpelier, after participating in an archeological dig at the estate’s field slave quarters. As an anthropology and Spanish double major, Taylor expressed how the destined discovery of her roots motivated her to continue telling the story of her family.

Inspired by how Gilmore eventually gained his freedom and built a cabin nearby Madison’s estate, Taylor hopes for the exhibit’s visitors to see the physical contributions made by those enslaved on the property, as many had a hand in the building of structures, cabins and houses across the land. She also places value in how the exhibit portrays a more accurate story of slavery due to the involvement of descendants and the use of archeological artifacts. “If you’re telling the story of the slave community as one-dimensional, then you are not telling the complete story,” Taylor said. “It’s not something that should be limited to one chapter or book, it should continue to be talked about through colonialism and modern-day America.” 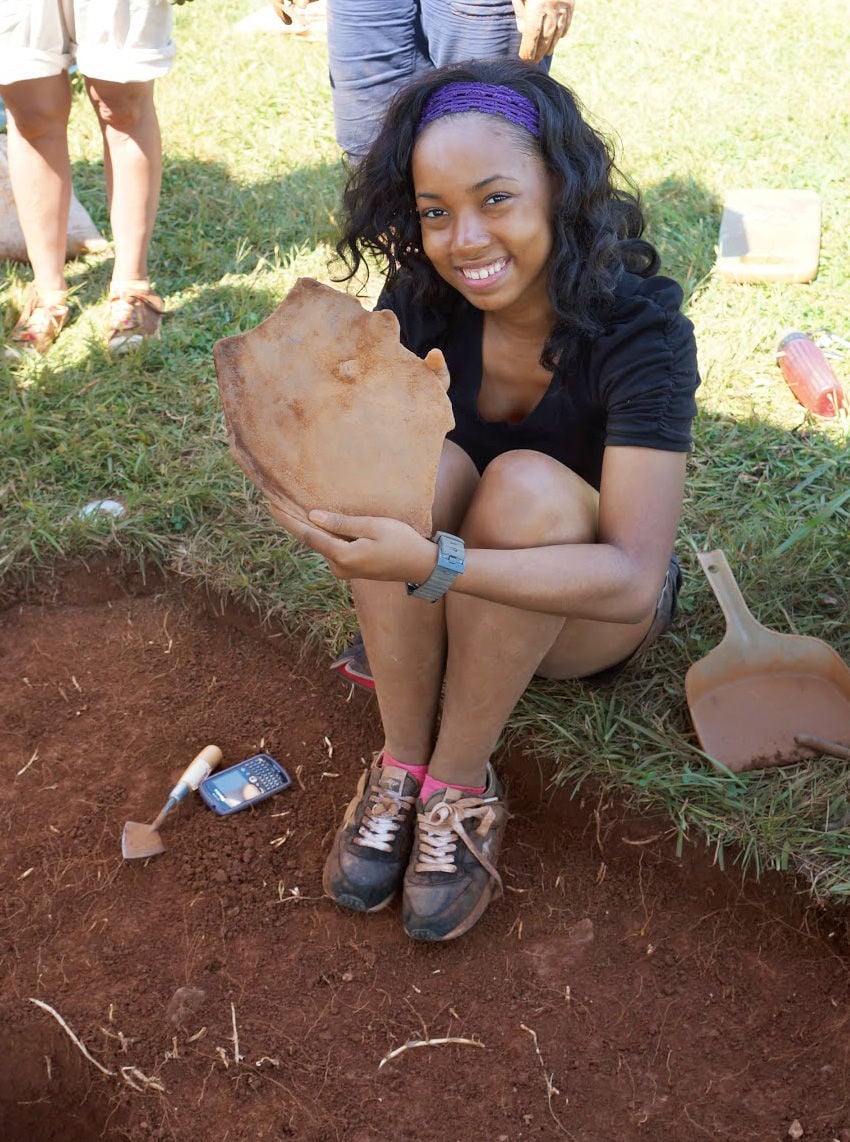 Like Taylor, Patrice Preston Grimes stumbled upon Montpelier in an unconventional fashion. An associate professor at the University of Virginia, she attended a black history event in Virginia after moving to Charlottesville years ago. There, she met Rebecca Gilmore Coleman, the granddaughter of George Gilmore and also a relative to Taylor. Coleman who led the efforts to rebuild her family’s cabin in 2005, also founded the Orange County African American Historical Society (OCAAHS), an organization whose board Grimes would serve on for four years.

As a result of her board involvement, the previous K-12 educator took pride in joining the descendant community, a collective group of individuals who either possess documented ancestral ties to those enslaved at Montpelier and others who feel a strong connection to, and ownership of, Montpelier’s history. Grimes expressed how the exhibition fulfills the mission of exposing people to elements previously unseen. Unlike other displays, she highlighted how the emotional weight, felt when walking the ground and seeing the slave cabins, is unparalleled. It goes on to show how the exhibit inspires all those who experience it to draw parallels between the past and present. “Montpelier is the story of resilience. You see how your ancestors made it through so much to survive and to move us forward to a point,” Grimes stated. “It has helped me to see that I’m privileged to teach at a university that didn’t admit blacks before 1950, and didn’t admit women until the 1970s.” 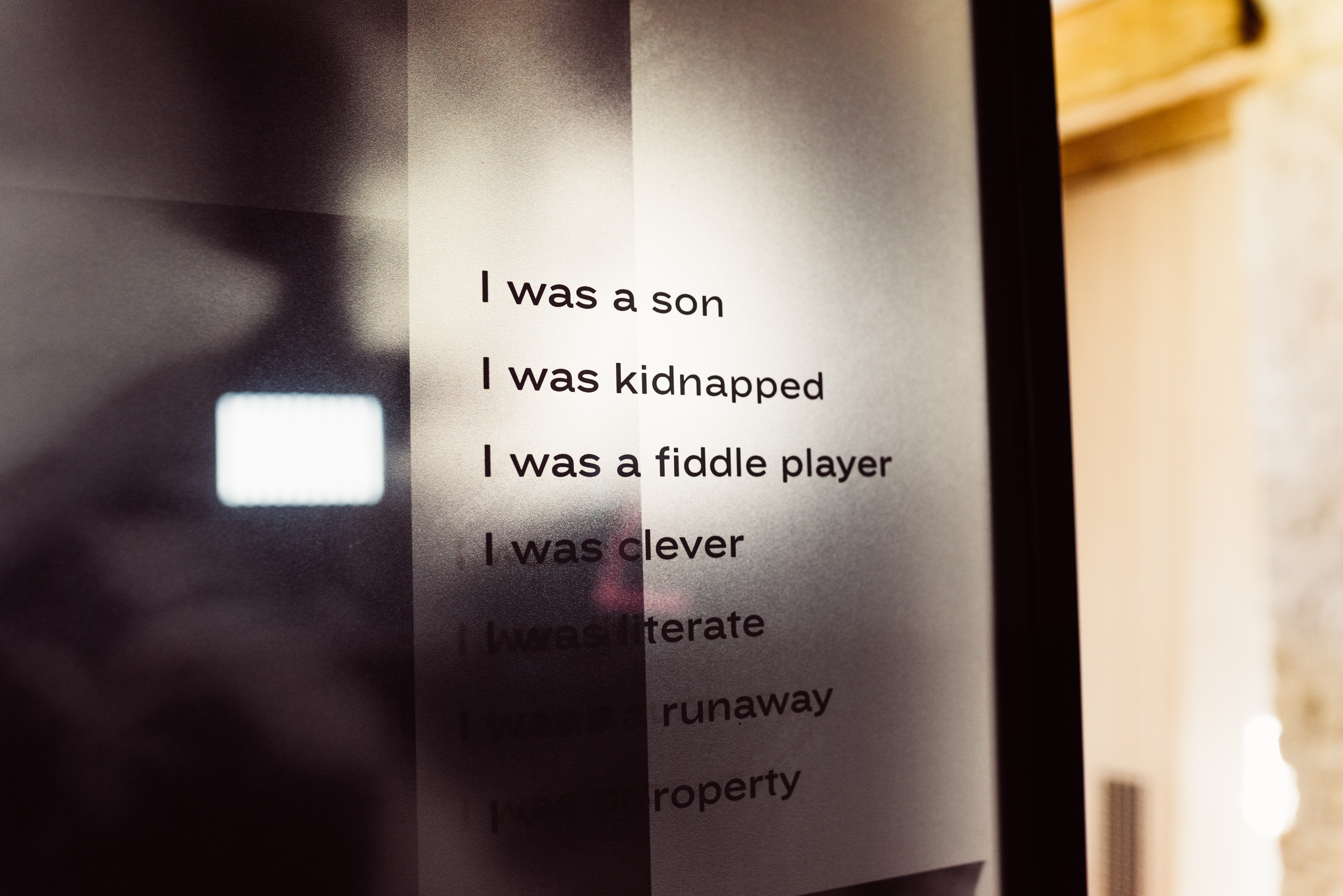 In conjunction with the descendant community, the staff of Montpelier share the same conscious decision to emphasize the unheard story of the enslaved community while also presenting visitors with the tools necessary to understand their past so that they can move towards a better future. Marcel Sykes, Montpelier’s Manager of Interpretive Programs, trains the exhibit’s interpreters and educates them about the history of James Madison, the Constitution and other various aspects of that time period. By creating the programming that exposes guests to the Madison era, she views it as her job to give a voice to the voiceless. In addition to expressing the need to pay homage to the ancestors who paved the way for all of us today, Sykes possesses a heartfelt desire for people to become more educated about their history, stating, “It’s highly important to me to address the fact that those who don’t know their history, are doomed to repeat that history.”

Price Thomas, Montpelier’s Director of Marketing and Communications, echoed Sykes’ sentiments about producing a complete story of slavery. Having had grandparents and parents who lived through being in interracial relationships during controversial times, he has grown to become comfortable in having conversations that can be unsettling, but are equally important. He voiced, “Where we are socially, we have to peel back the notion that it’s only a black story, but it is actually an American story. An honest story that is fact-based.” When asked about the effect he wishes for the exhibit to have on visitors, he said, “You’re going to leave here understanding culture and heritage better than when you came.”

Overall, the lure of Montpelier's The Mere Distinction of Colour  can be seen in its extensive dedication to uniting a community of like-minded individuals in fulfilling a mission which the people of the estate hold to a high regard. The creators and descendants alike build an experience that cannot be prepared with the likes of other typical displays that depict the history of slavery. Without a doubt, it should be understood that this will be an exhibit every African-American must visit in order to become one with our own identity.

To learn more about the exhibit and the Montpelier estate, visit https://www.montpelier.org/.

Can YOU Guess Which of These Headlines are True? | Real News vs Fake News