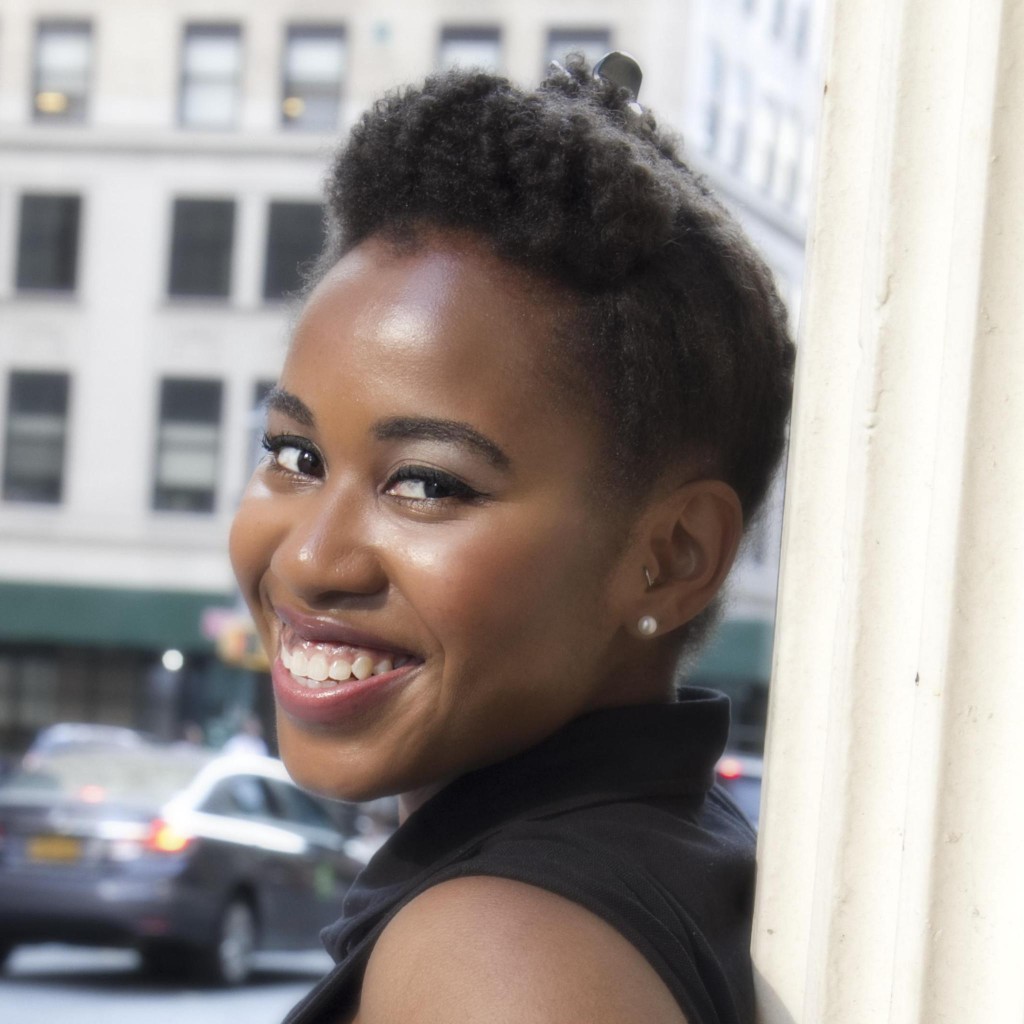 Chelsea Clinton is far from the 13-year-old teen the world saw at the 1992 Democratic National Convention. When she introduced her mother, Democratic presidential candidate Hillary Rodham Clinton, during this year’s DNC, it was clear the 36-year-old vice chair at the Clinton Foundation was ready to let everyone know why her mom is the most qualified candidate. But also why she’s an amazing mother, grandmother, wife and, ultimately, leader. 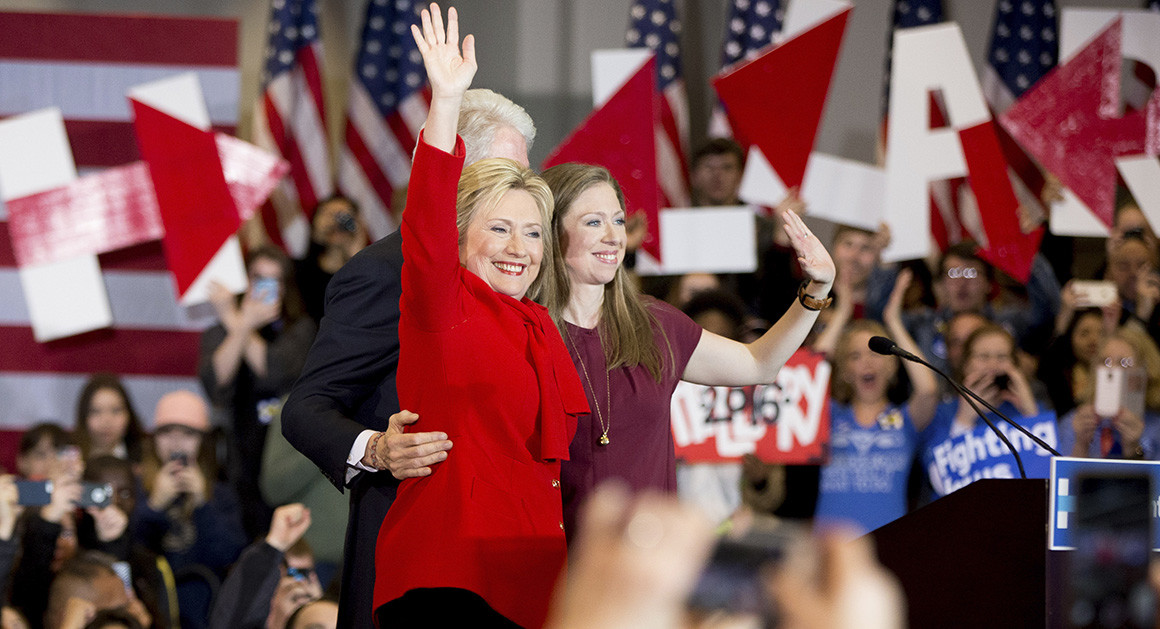 “Every single memory I have of my mom, regardless of what was happening in her life, she was always, always there for me,” said Clinton, with a smile, during her speech.


On the heels of the first presidential debate, we spoke with the activist and former first daughter about the student loan crisis, implicit bias, how the Blavity community can make an impact today, and none other than HRC.


Blavity: Blavity is a community of multicultural creators and influencers working to transform the world. What message can you share with our community about using our talents to alter the world we live in?


What to do besides vote? Well, how can you engage with who is really influencing what you care about? So, if you really care about climate change, do you want to try to be a part of the clean energy revolution? Would you want to be working at the federal government level? Do you really want to be thinking about [what] the next generation of recycling should look like? Or do you really care about criminal justice reform? That, thankfully, got a little bit of attention in last night’s debate. It’s something that we should be pushing our presidential candidates [to address], but it’s also something we should be pushing people who are running for governor, state legislature, mayor, city council, district attorney, county sheriff.


All to say, I think there’s so much that Blavity’s creative community can do to be super impactful. We all have to do our civic duty and vote. But we also have to think about how to take the issues that we care about and activate people to think about how they live their lives differently and how we’re engaging people even younger than we are and thinking about these big questions.


B: As a black woman, last week was rough with the fatal shooting of Keith Lamont Scott. In fact, it’s become all too familiar to turn on my TV or scroll down my social media timeline and see footage of someone who looks like me killed at the hands of law enforcement. How can the government work with local law enforcement to ensure black lives are protected? How can our generation work alongside you to make this a reality?


CC: When you were talking about your timeline. I think one of the challenges is that it needs to be our timeline. We do need to feel a collective moral clarity about the urgency of ensuring that, yes, black lives matter and that, yes, every member of our shared community feels equally valued. We have a lot of work to do to make that a reality, and the shootings of Terence Crutcher and Keith Lamont Scott so painfully remind us.


My mom’s first policy speech in this campaign was on criminal justice reform. This is something that she takes seriously and it’s one of the reasons she’s running for president. In some communities, we need to restore the bonds of trust between the police and the communities they are charged with protecting and in some places, we need to build those bonds of trust for the first time.


That has to be a mutual effort and the community has to be at the center of that. One of the things we know we have to do is to tackle implicit bias. It’s something my mom talked about at the debate last night. This is important to be framed as an effort around our police departments, but it’s also something that we all need to be working on, particularly those of us who are white. We just have to call that out and be candid about that, and also recognizing that calling that out and being candid about that puts us first and foremost at a posture of listening.


To your question about what can the larger community do to partner with the federal government — and in the policy nitty gritty there’s a lot that a president can do to encourage police departments to tackle implicit bias, to have patrol car cameras and body cameras, to have ongoing dialogues and discussions with the communities, and even down to the neighborhood levels. But for a lot of that to happen, the federal government can make the funding available to set standards and guidelines, [but] you need local law enforcement and local leaders to then activate that and follow it through, which is why it’s so important. Back to the earlier conversation, to have people vote not just in a presidential year but for their mayor; to vote in places where the county sheriff is elected; to vote for the district attorney, because all of that has so much significant influence on what happens at the local police department, whether or not there are investigations when there are police involved shootings or other violence. Absolutely who runs for president matters, but community engagement throughout every election and then between elections really matters, too.


B: The cost of education in the U.S. continues to skyrocket and our generation has, to a certain degree, had to adjust the ‘American Dream’ and delay homeownership and marriage, among other things, to pay down student loan debt. Student loan debt has tripled to $1.3 trillion. How can we tackle the college debt crisis?


CC: We have more than 40 million Americans who are dealing with significant student loan burden.


My mom thinks we need to do a few things. One, for people who have outstanding federal student loan debt, it should be reset to the lowest prevailing interest rate, and that the federal government should not be in the business of making a profit off of helping Americans finance our dreams. But, two, anyone and everyone should be able to pay back their student loans in the percentage of their income. And this is something that’s really personal to my mom, because when she got out of law school, she had a lot of debt. She paid for law school through student loans, and she was only able to take the job that she wanted at the Children’s Defense Fund because Yale basically said to her, which helped her student loans, “when you’re working in the public interest you don’t have to pay us back.” My mom thinks you shouldn’t be making professional decisions based on the need to service your student loan debt. You shouldn’t have to delay how you’re thinking about your whole life by servicing your loans. If you’re paying back your student loan as a fixed percentage of your income and if you’re engaged in public service; if you’re a teacher, if you’re a firefighter, if you’re working in a high-need area as a doctor, or you’re a public interest lawyer, that service should also help pay off your debt because we’re all benefiting from that.

Finally, my mom thinks that for people who are starting businesses or joining startups, particularly because we know so many of the new jobs in our country are created by small businesses and entrepreneurs, there should be a grace period of three years so you can just focus on starting your business or being a part of a startup and then, hopefully, once your business is successful, your enterprise is successful, then you can focus on starting to pay off your student loans.


I think it’s a pretty comprehensive agenda. It’s called the New College Compact and I hope people go online to HillaryClinton.com and see how their student loan debt might be affected. It also includes graduate school, which I think is really important, because for so many of us the limits of our ambition just don’t stop after our community college or a college experience.


With Election Day fast approaching, Clinton is hot on the campaign trail, rallying democrats and listening to voters’ concerns. During such a critical election, her words couldn’t be more timely and true: “We all have to do our civic duty and vote.”


Are you registered to vote? Visit Vote.org to register!