Kamala Khan explains how not voting isn't an option in upcoming issue of 'Ms. Marvel'

Time after time, we've brought you stories this year on how Marvel is starting to become a champion of diversity in their comics. Although they are certainly far from perfect, with new heroes like Riri Williams to Lunella Lafayette, Marvel deserves all the props for what they are doing over there right now. In the upcoming issue of Ms. Marvel, Kamala Khan, the Pakistani, Muslim-American teenager who is currently in the role of the former Avenger and current Champions member, is getting political.
In Ms. Marvel No. 13, Khan goes door to door, urging her Jersey City neighbors to get out to the polls. Marvel has given a sneak peek at the upcoming issue, which won't be out until November 30.
After not receiving such a strong response, Khan goes in depth on all the voting options, the real truth about democracies, and even essentially says that there is no such thing as not voting as a form protest.
Check out snapshots of the issue below and grab it in stores at the end of the month 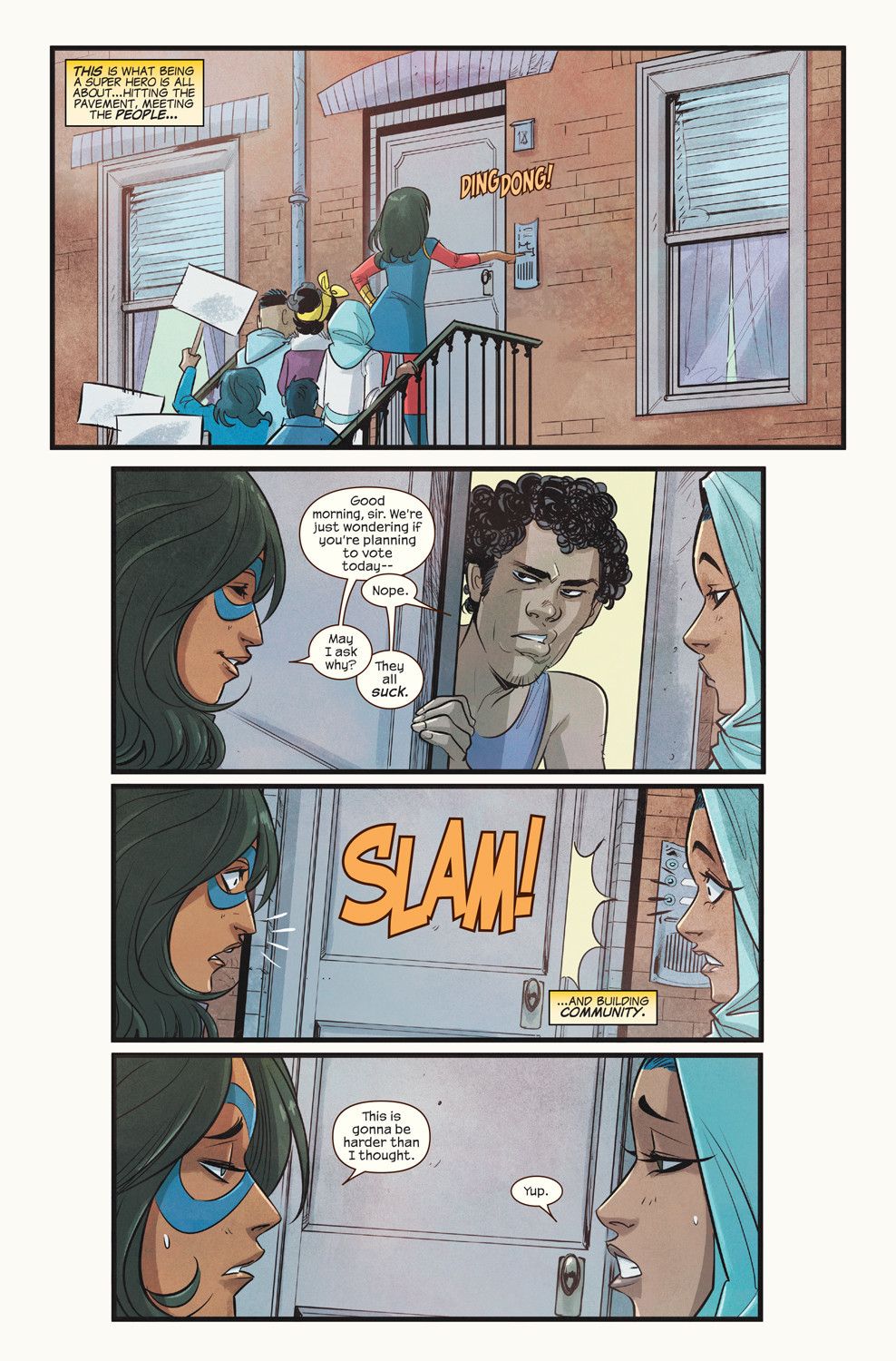 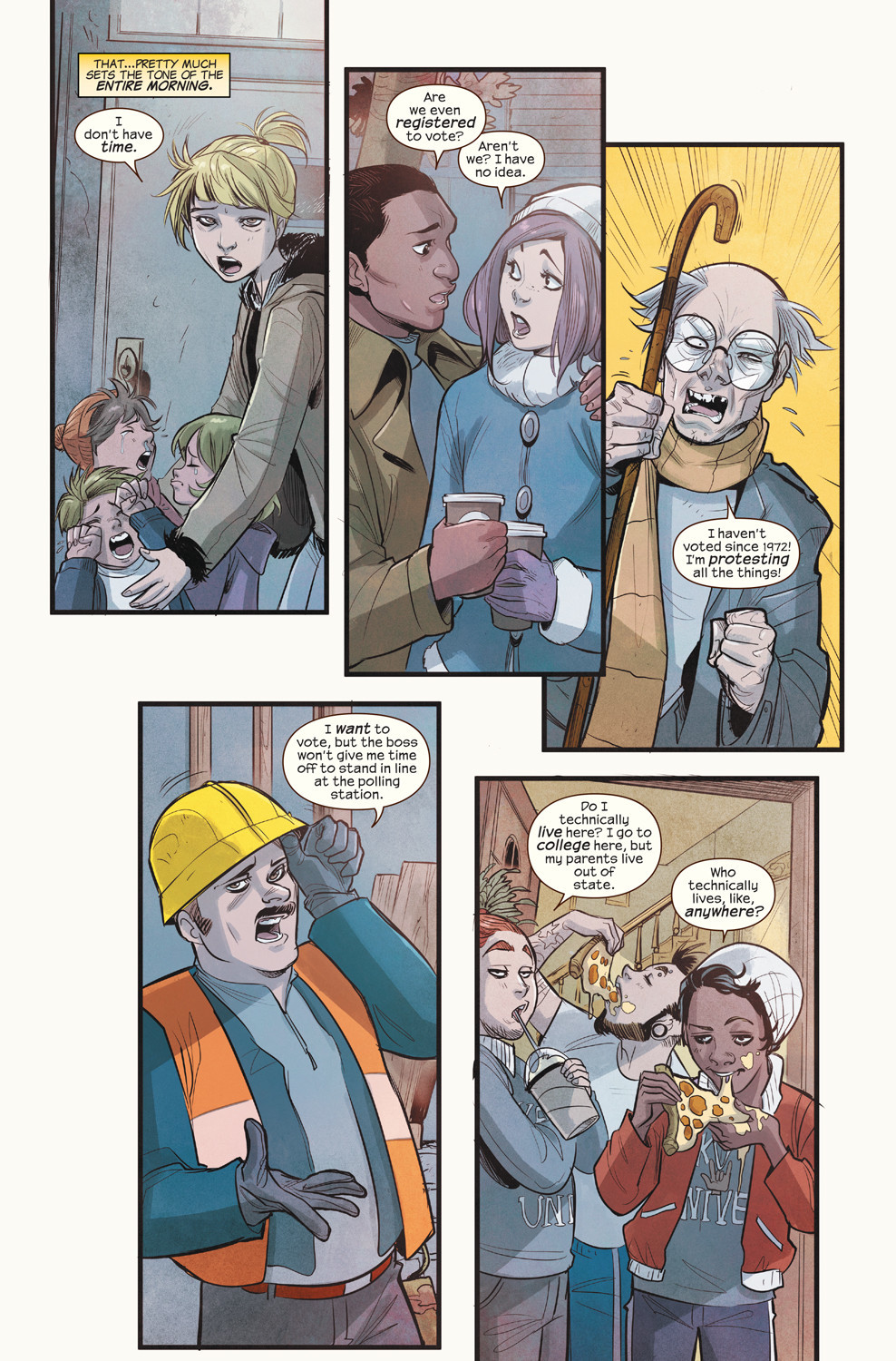 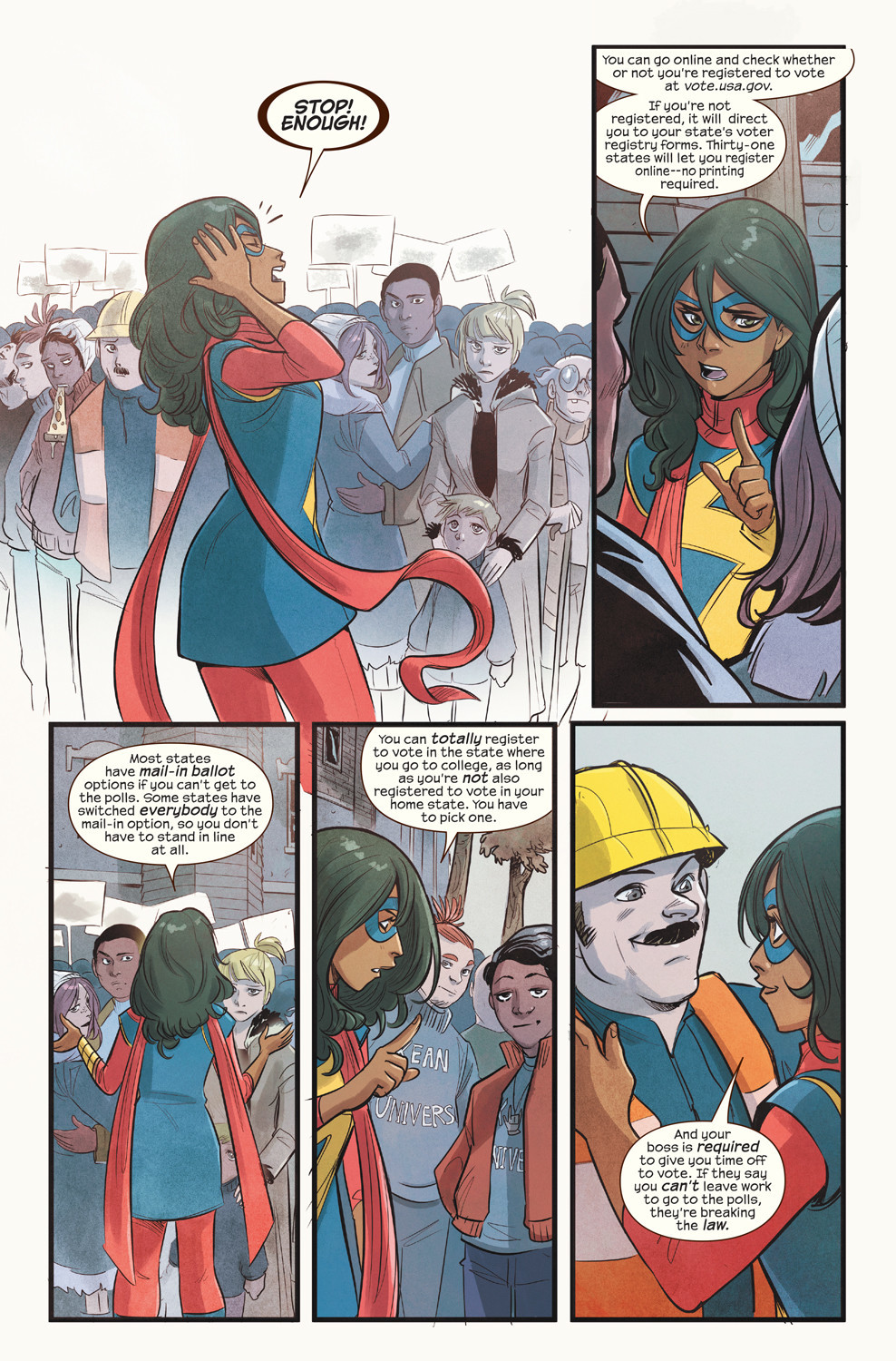 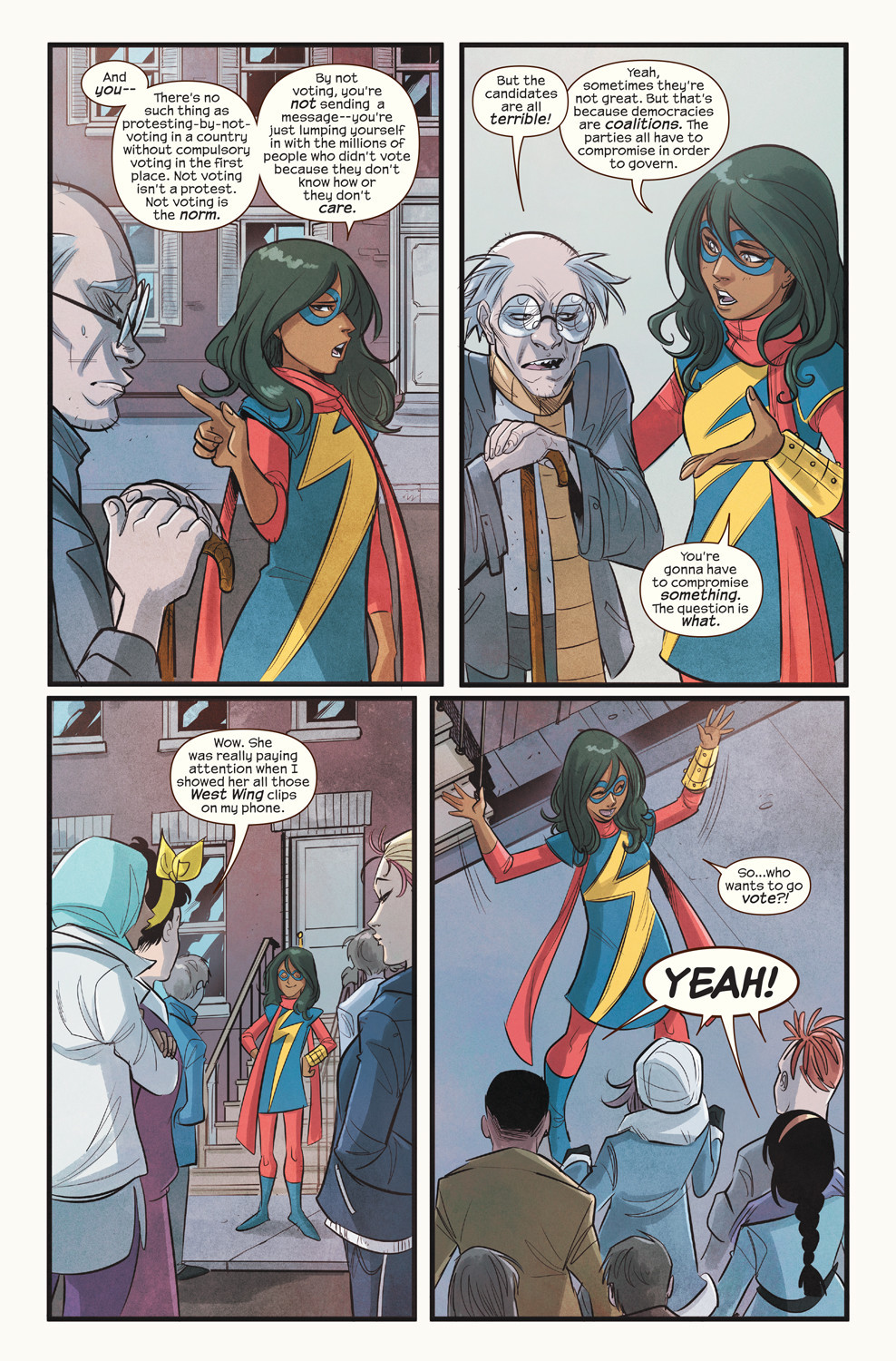 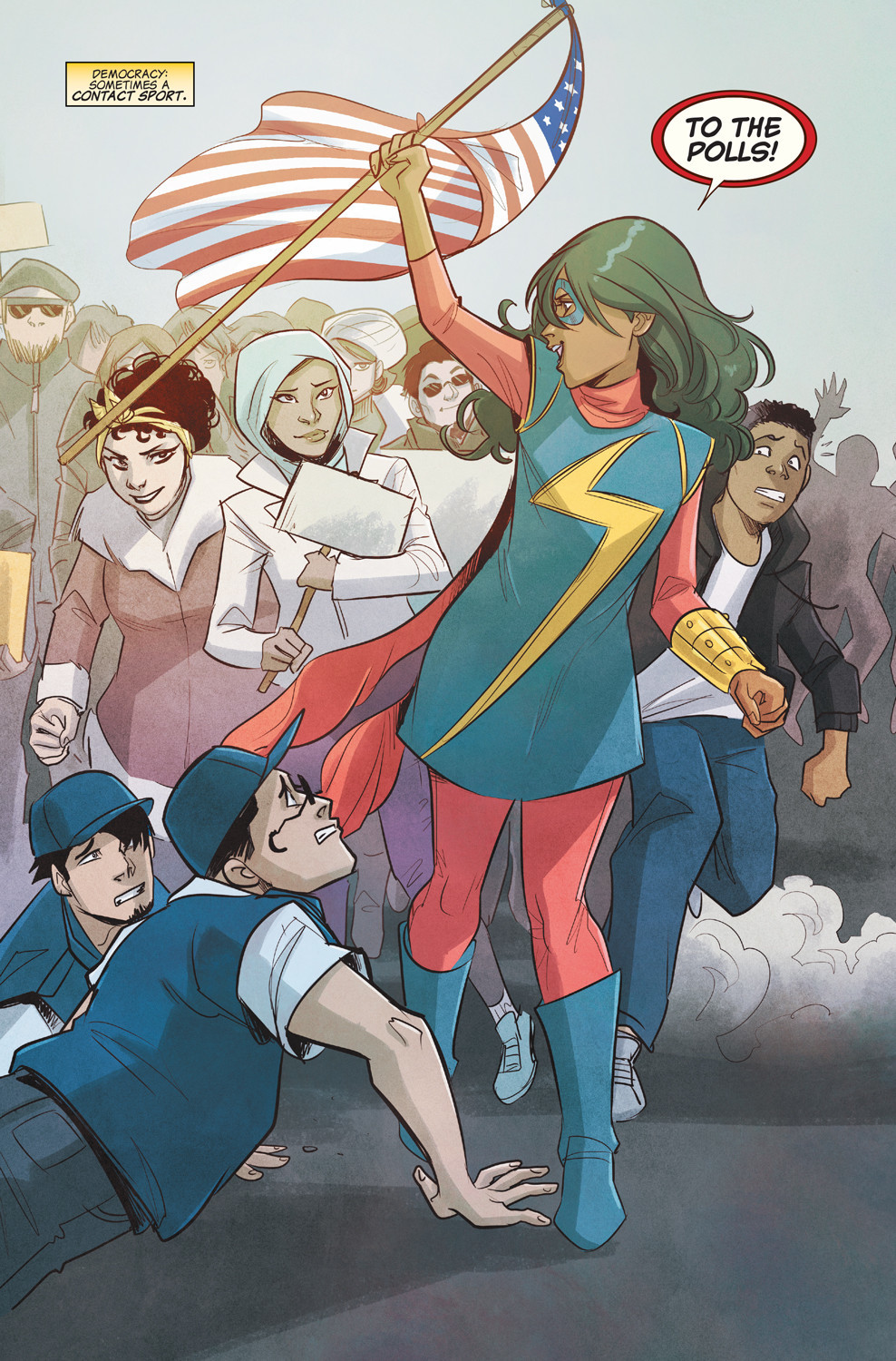 
Stay connected to all things Black Twitter, news and the best content on the Internet by signing up for Blavity's daily newsletter.