Linda Brown, Who Was At Center Of Brown V. Board Of Education Supreme Court Case, Dies At 75

Linda Brown, who was at the center of Brown v. Board of Education Supreme court case, died Sunday in her hometown of Topeka, Kansas. She was 75, CNN reported.

In 1954, the groundbreaking Supreme Court decision marked a pivotal point in American history by declaring racial segregation in schools to be unconstitutional.

Brown’s father, Oliver, became involved in the case because he found it unreasonable for his daughter to commute to an all-black school that was distant from their home, when schools--albeit white schools--were in their neighborhood. Brown was 11 when then civil rights attorney Thurgood Marshall argued her case in the highest court and won a unanimous ruling citing the 14th Amendment to the Constitution was violated by "separate but equal" practices within public education. 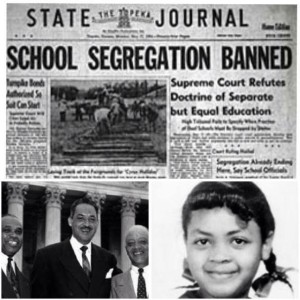 Brown's close friend Carolyn Campbell described her as a shy person: “Linda was quiet. It was difficult for Linda to be pushed into the spotlight at a young age.”

However, despite shyness, Brown was a member of living history who traveled the country, sharing her monumental experience. In Topeka, she was a pillar of pride, making the small city a historical landmark. “Her legacy is not only here but nationwide,” Kansas Deputy Education Commissioner Dale Dennis told The Capital-Journal. “The effect she had on our society would be unbelievable and insurmountable.”

Brown will be missed by friends and other Topeka officials, who are determined to honor Brown’s legacy and continue advancing civil rights.

“This is a huge loss to our community,” said Topeka mayor Michelle De La Isla. “We will continue to champion civil rights. When you look at the diversity of our community, I think we’re already honoring her legacy.”