#MamasDay Is A Digital Campaign Striving To Uplift Incarcerated, Queer, Trans And Other Non-Traditional Black Mothers

A digital mother’s day campaign seeks to combat racial and gender violence against mothers in the African-American community.

Mamas Day launched in 2011 to illustrate different forms of motherhood and highlight the recognition of mothers, as well as familial rights. This year’s theme centers around black mamas’ right to parent, and artists were asked to capture the multitudes of motherhood, especially aspects that center around criminalization, maternal health and reproductive activism.

“From racial discrimination within and outside the health care setting, to criminalization, to lack of access to reproductive services including abortion, to existing during an anti-immigrant administration, black mamas face a hostile environment that makes it difficult for them to parent their children, whether they be biological, community, given or chosen,” Forward Together representative Erin Malone wrote. 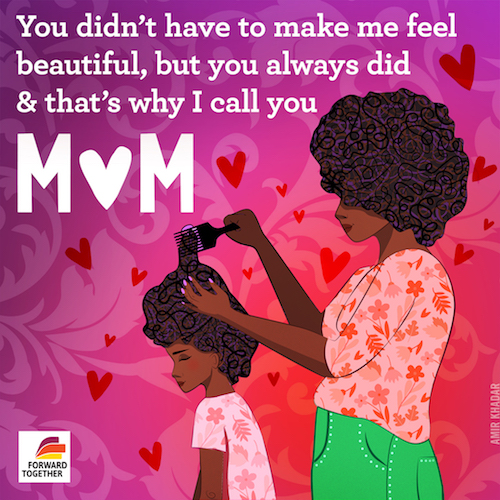 The digital campaign strives to bring public attention to incarcerated, undocumented, immigrant, lesbian, trans and queer mothers, as well as black mothers and mothers who have adopted or offer foster care to their children.

Artists include Francis Mead, Iman Geddy, Amir Khadar, Jamilla Okubo and Loveis Wise, who were able to use this project to reflect on their own ideas about motherhood and its significance in their lives.

“I never understood how my mother was able to raise my brothers and me as a single mother in a new country,” artist Iman Geddy said. “She’d lost her community when she left home and that meant she no longer had the support system that was built into her culture. As a child, watching her struggle made me determined to find my community here in my new home and forge my own extended family that expanded heteronormative notions of kindship. Mamas Day allowed me to pay homage to not just my mother who in her own way taught me about the importance of community, but to other trailblazer mamas and movement mamas who nurtured me and guided me along my journey.” 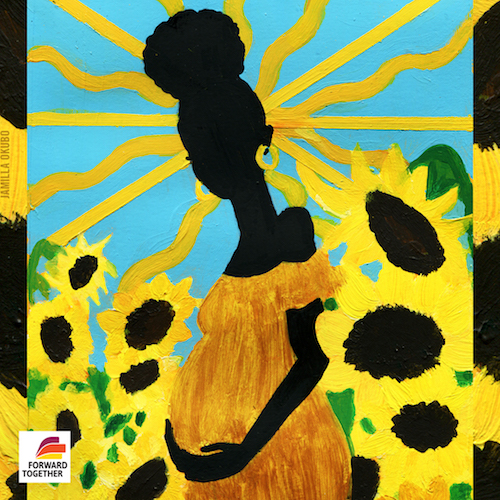 To support Forward Together’s Mamas Day movement, they ask that you:

Help make Mamas Day a happy one for all mothers.