Last Halloween, I created a DIY costume based off Dorothy Dandridge’s character in the 1954 American musical film Carmen Jones as a way to honor her work. This year, I wanted to continue in the same vein; paying homage to women of color in the arts and creative world. It’s imperative that we never forget those who came before us, paving the way so we could have opportunities to express ourselves through art and creative work.
I chose to highlight the ever-talented Lena Horne for this year’s DIY costume. Horne was a Brooklyn-born African-American actress, jazz singer, dancer and civil rights activist who appeared in films, theater and nightclub performances. Throughout her career, (which spanned for several decades in and out of Hollywood) Horne was instrumental in advocating for the rights of African Americans. Her political activism caused her to be blacklisted for some time in Hollywood. Perhaps you remember her for her famous song  “Stormy Weather” or her guest appearance in the hit TV show
A Different World? 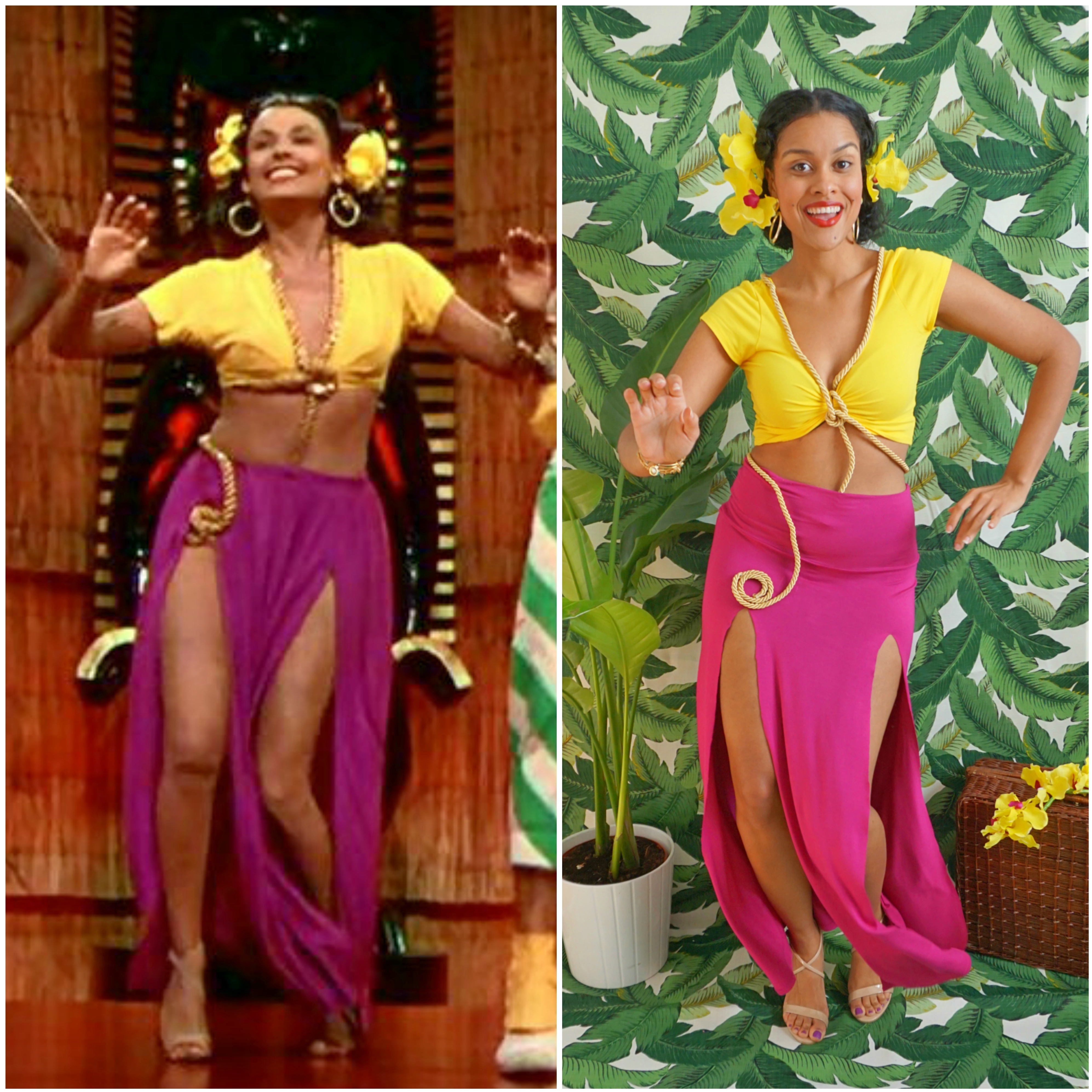 Photo: Pinterest/Krystle Desantos
This DIY costume showcases Lena Horne’s performance in the 1944 MGM Technicolor musical, Broadway Rhythm
. Horne performed "Brazilian Boogie" in this film and below you’ll find a video clip of that scene for reference and vintage inspiration. 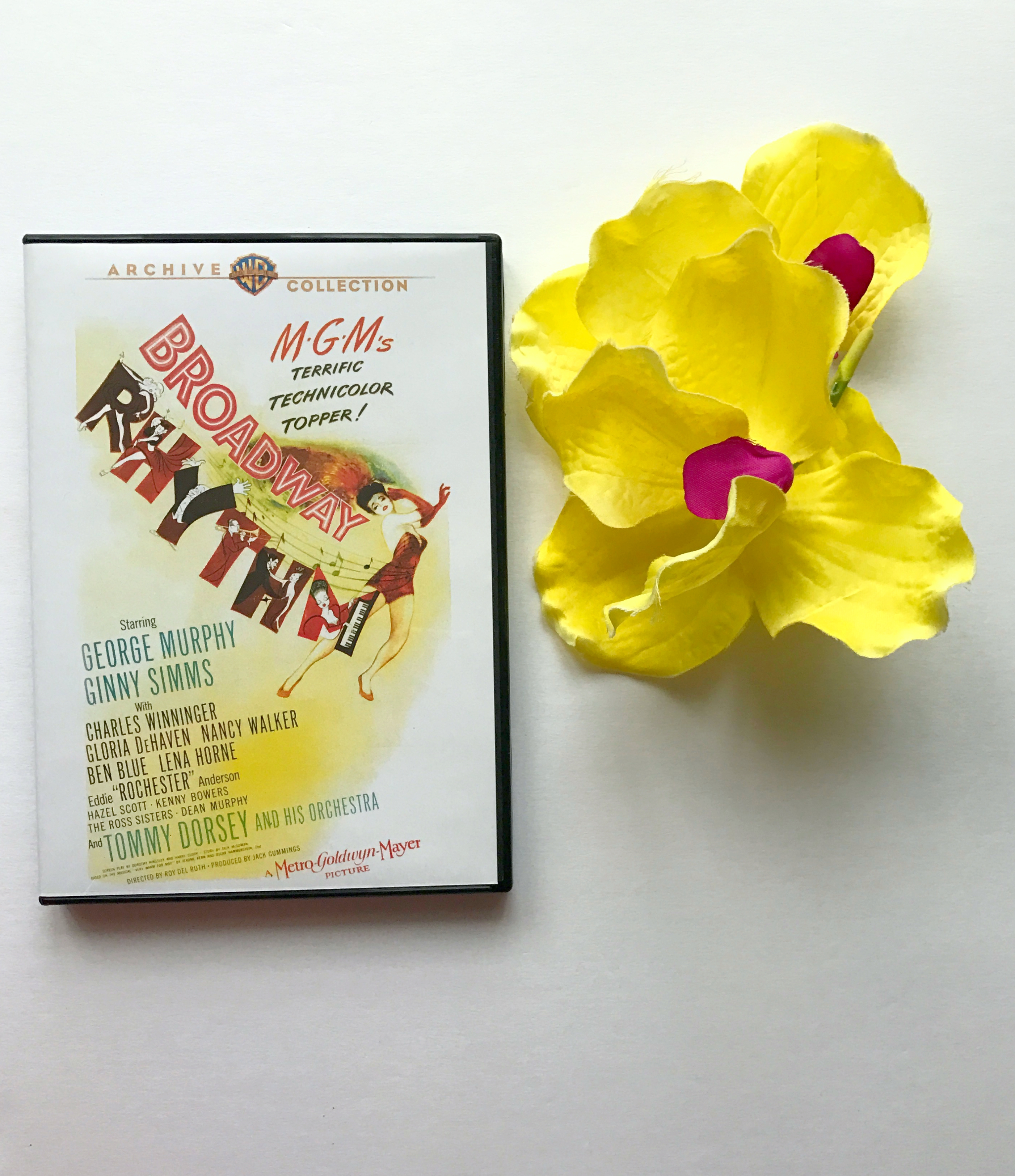 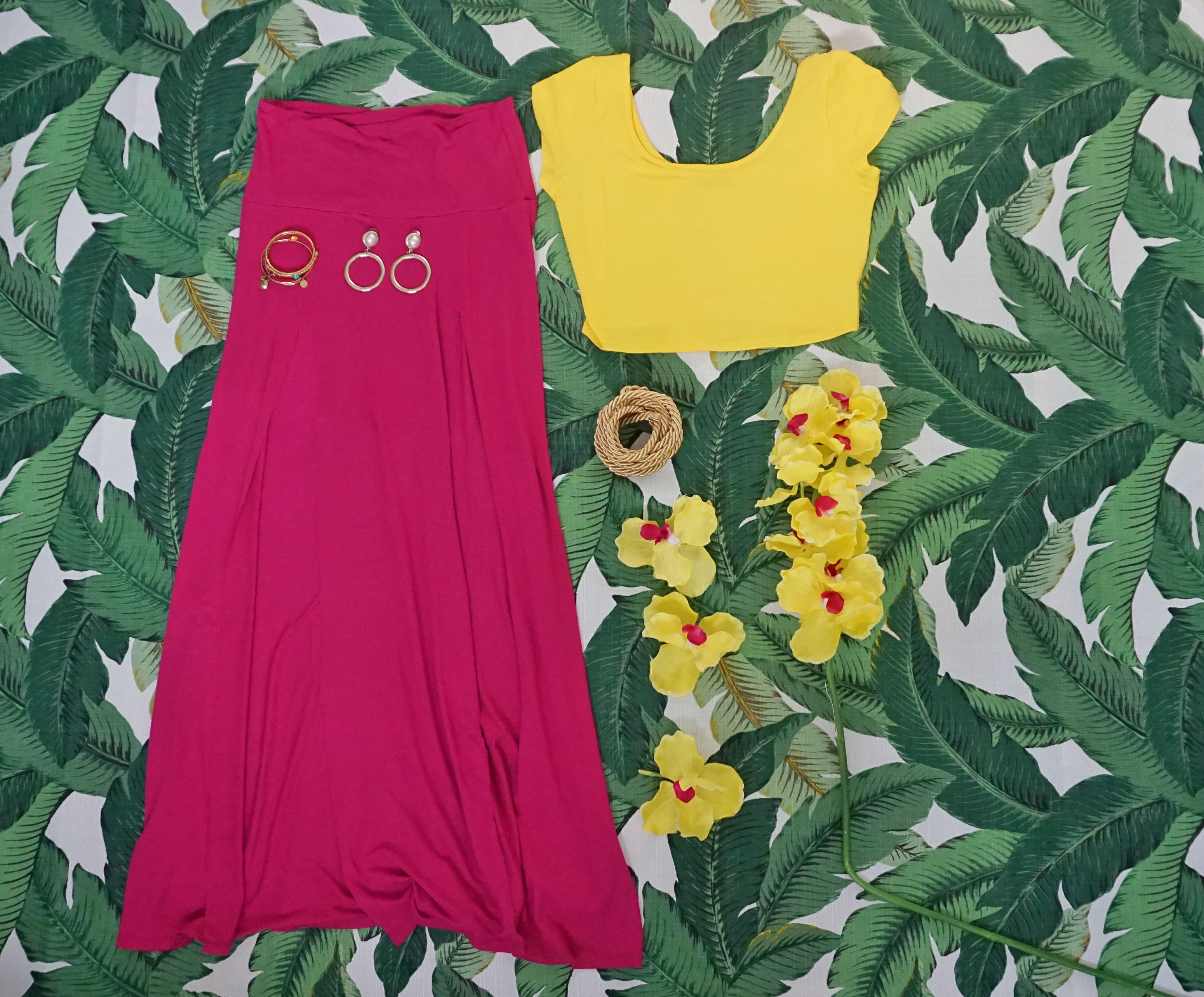 For this DIY you’ll need the following: 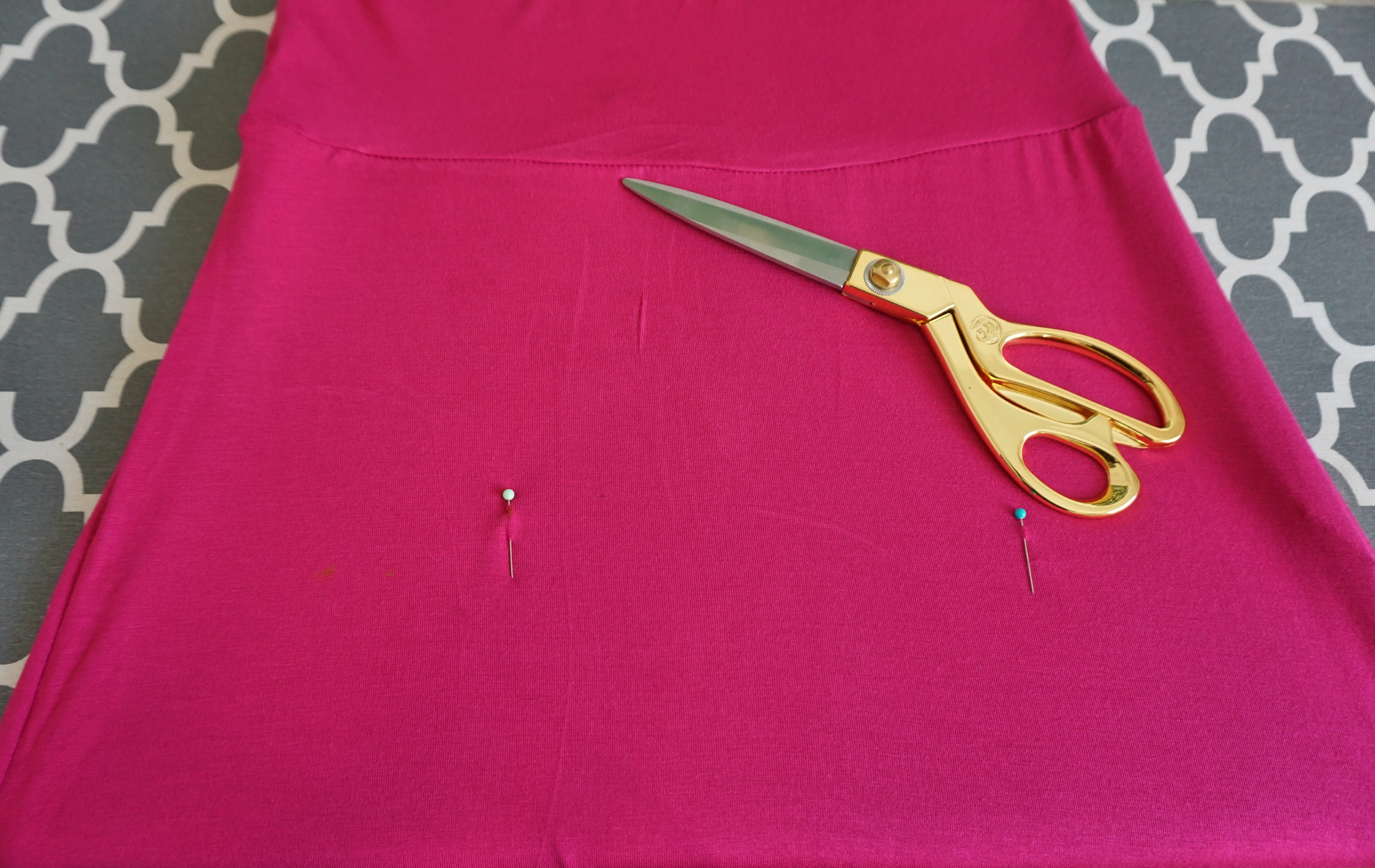 To make the skirt like Lena’s, you’ll need to cut two high slits up the front

Measure evenly, staring at the side seam of your skirt to the area where you’d like your split to fall. Repeat on the other side so you’ll have two marks to the front. 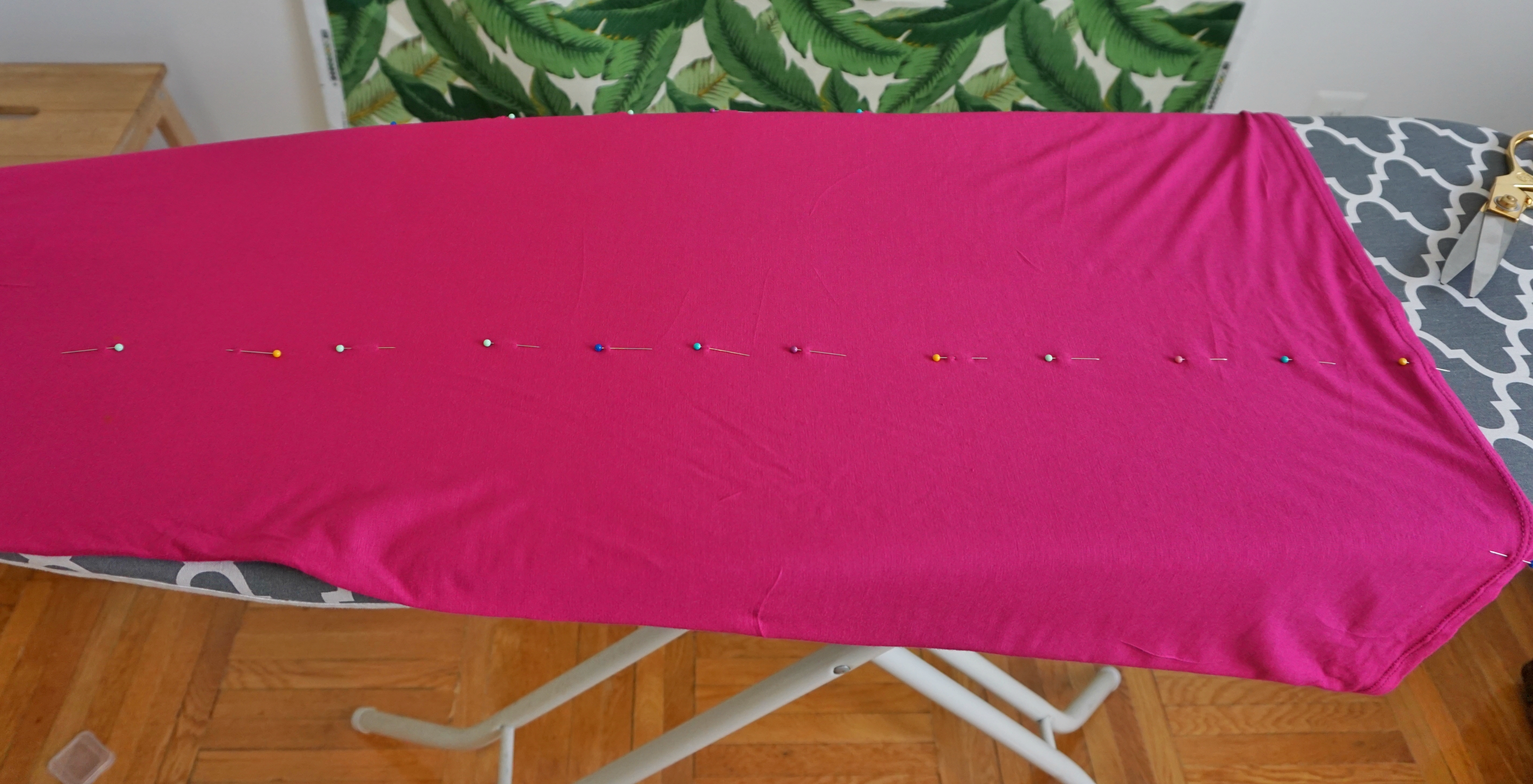 Photo: Krystle Desantos
Use those points to begin marking where you’ll cut your slits down to the hem. I marked mine with pins, but you can also use tailor’s chalk. 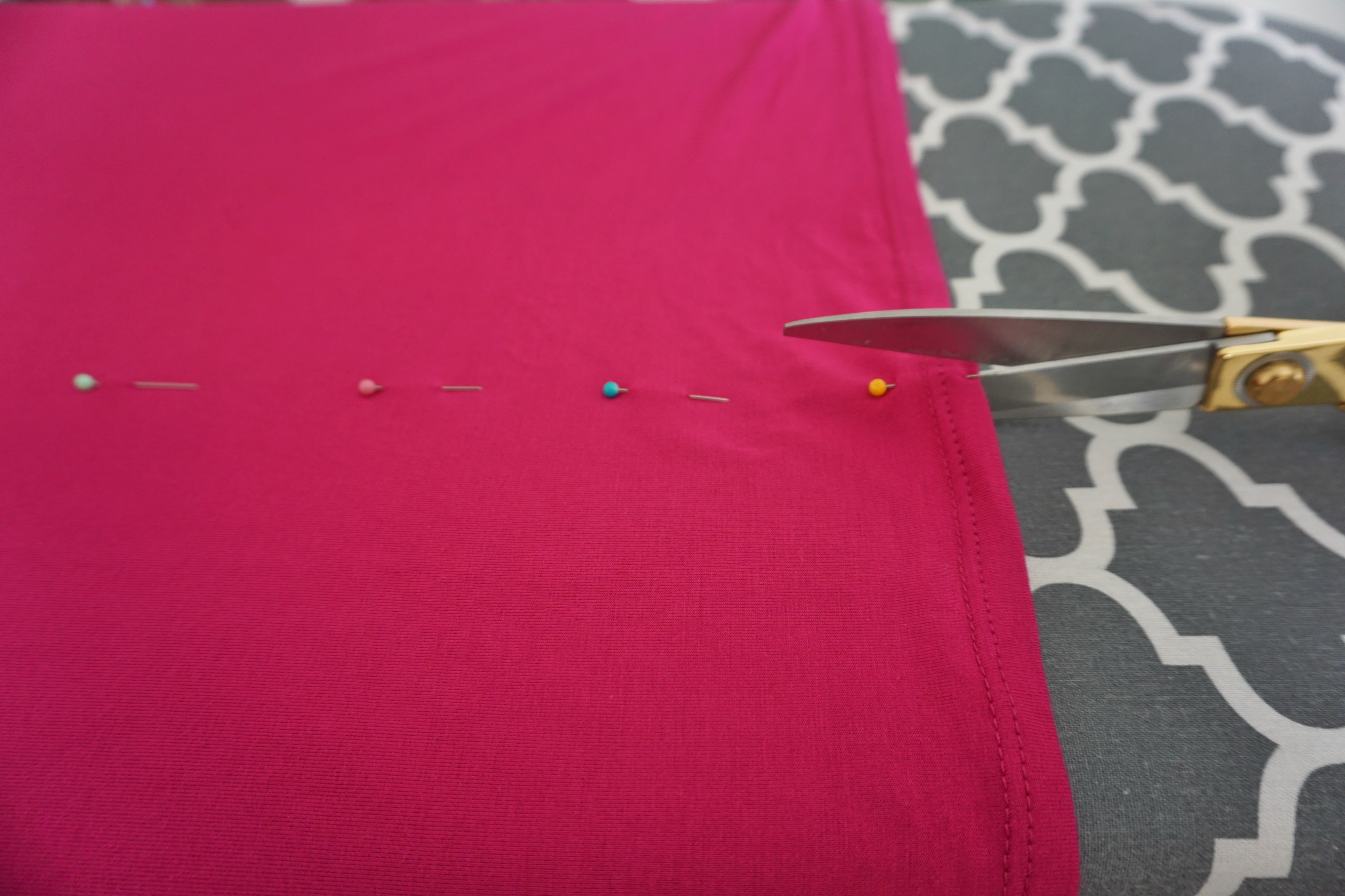 Photo: Krystle Desantos
Use this line as your guide and begin cutting to your desired height. Repeat for second slit. 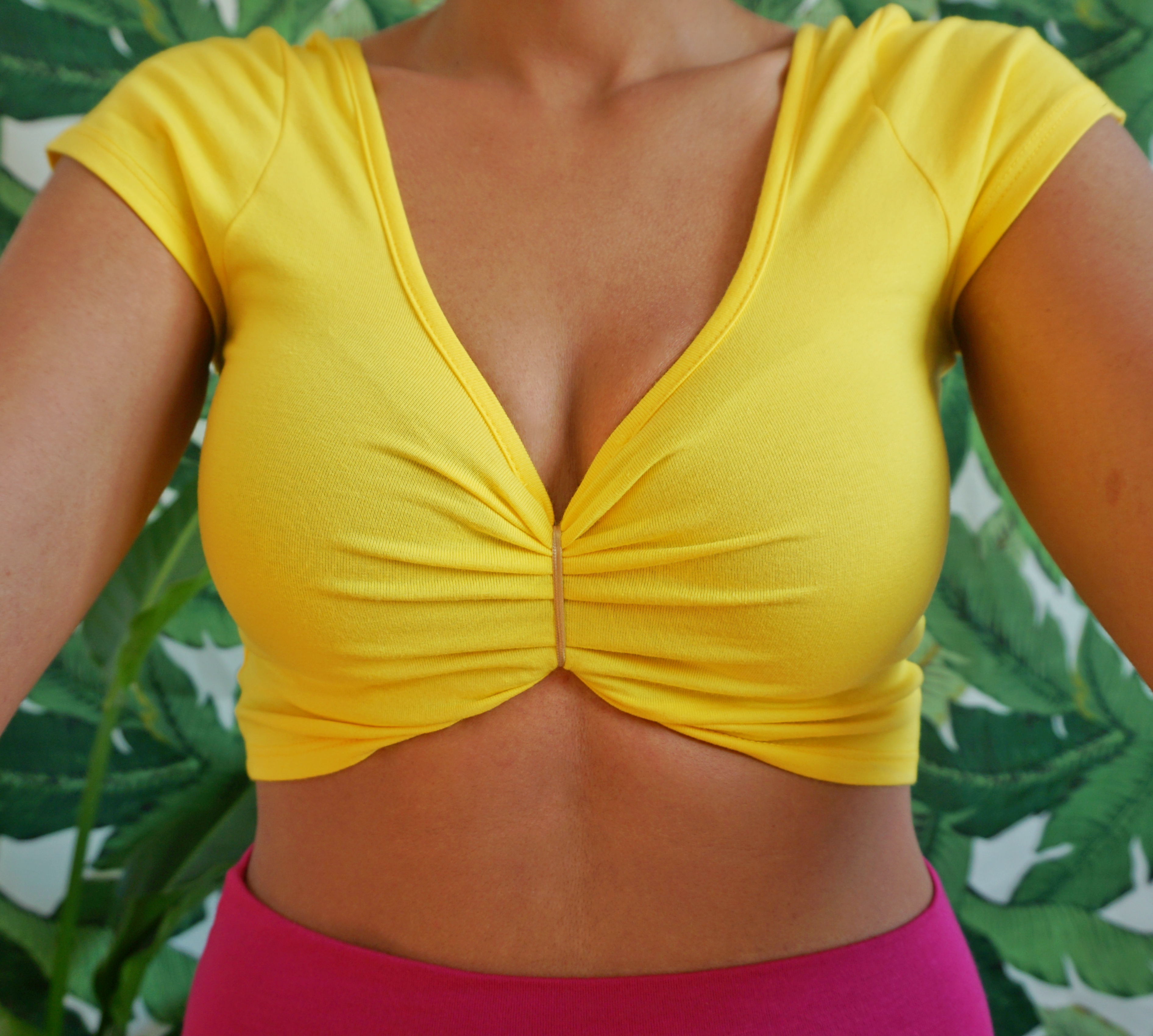 Photo: Krystle Desantos
I used a scoop-neck crop top, which did not tie in the front like Lena’s. To give it that tie front effect, I simply secured the center with a small piece of ribbon as pictured.

Photo: Krystle Desantos
Wrap the gold cord around you in a similar fashion to Lena’s costume, securing it to your clothing with safety pins. 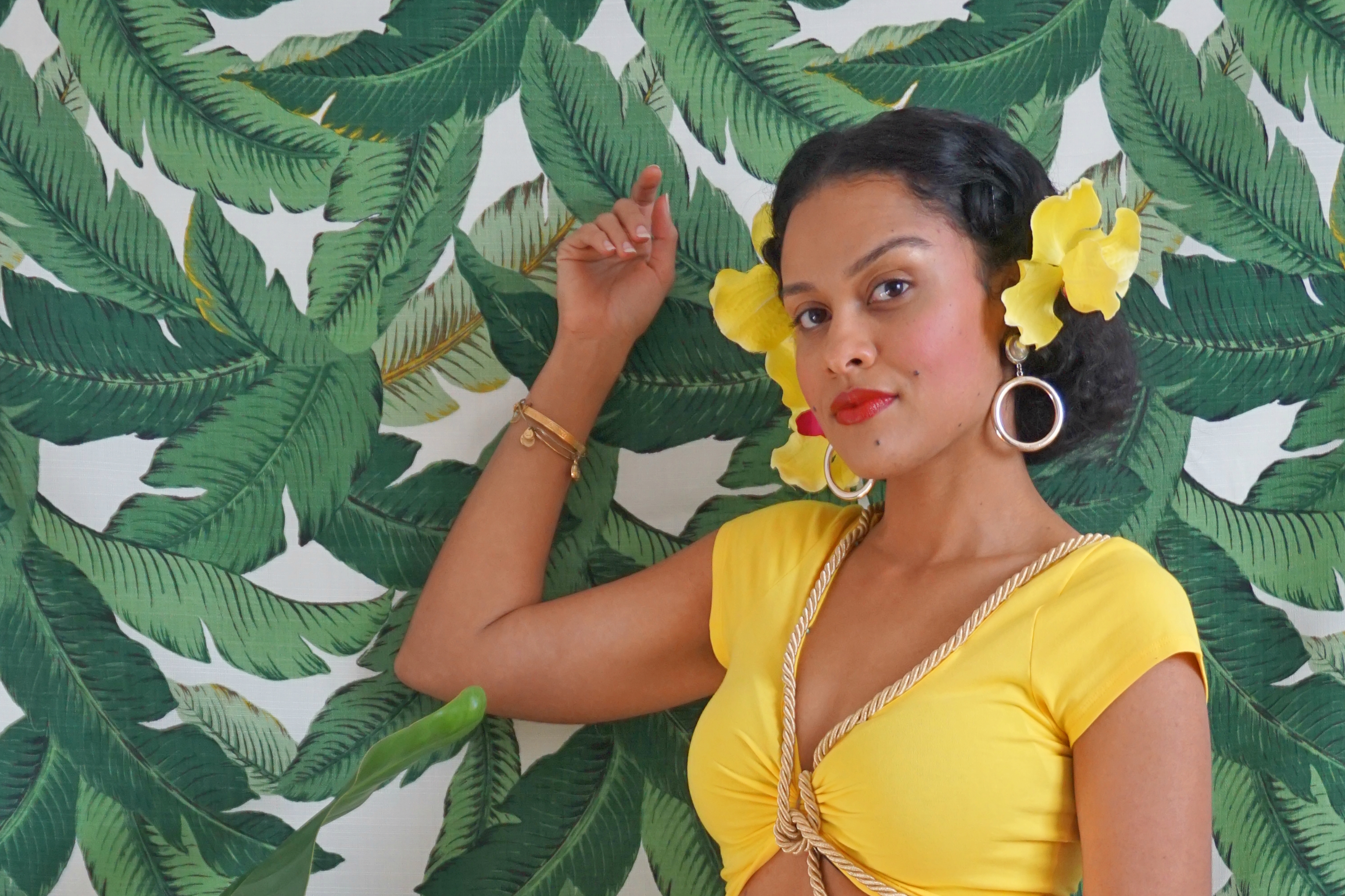 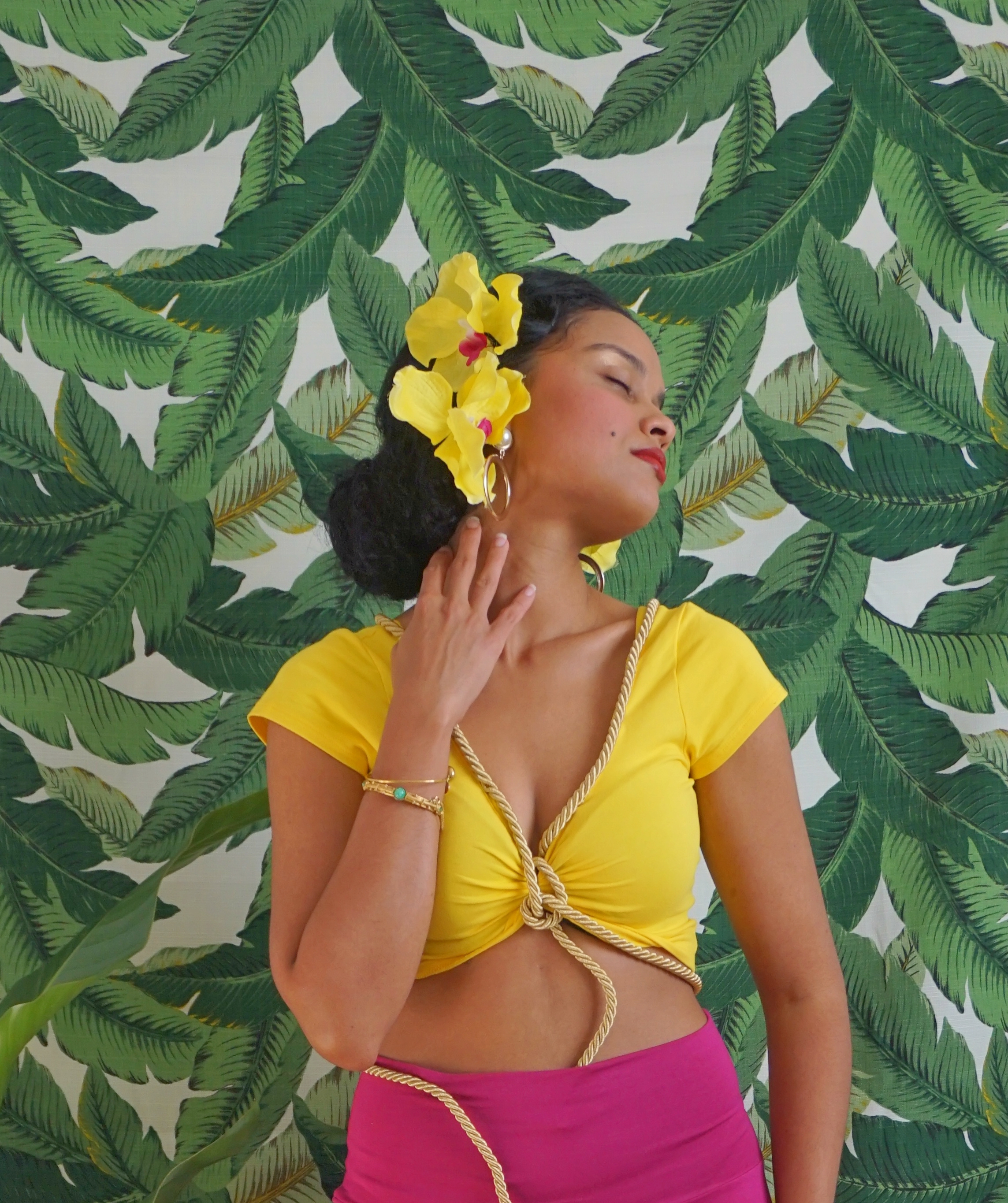 Photo: Krystle Desantos
Secure the flowers in your hair with a few bobby pins. Put on your earrings & bracelets to complete the look 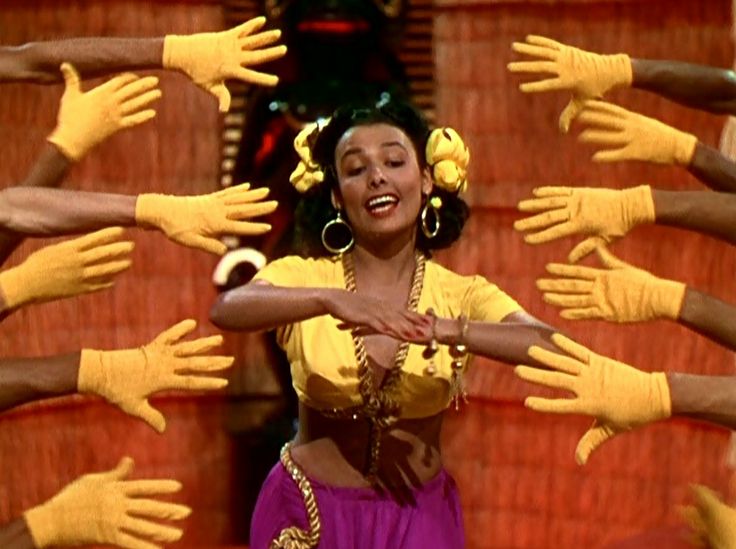 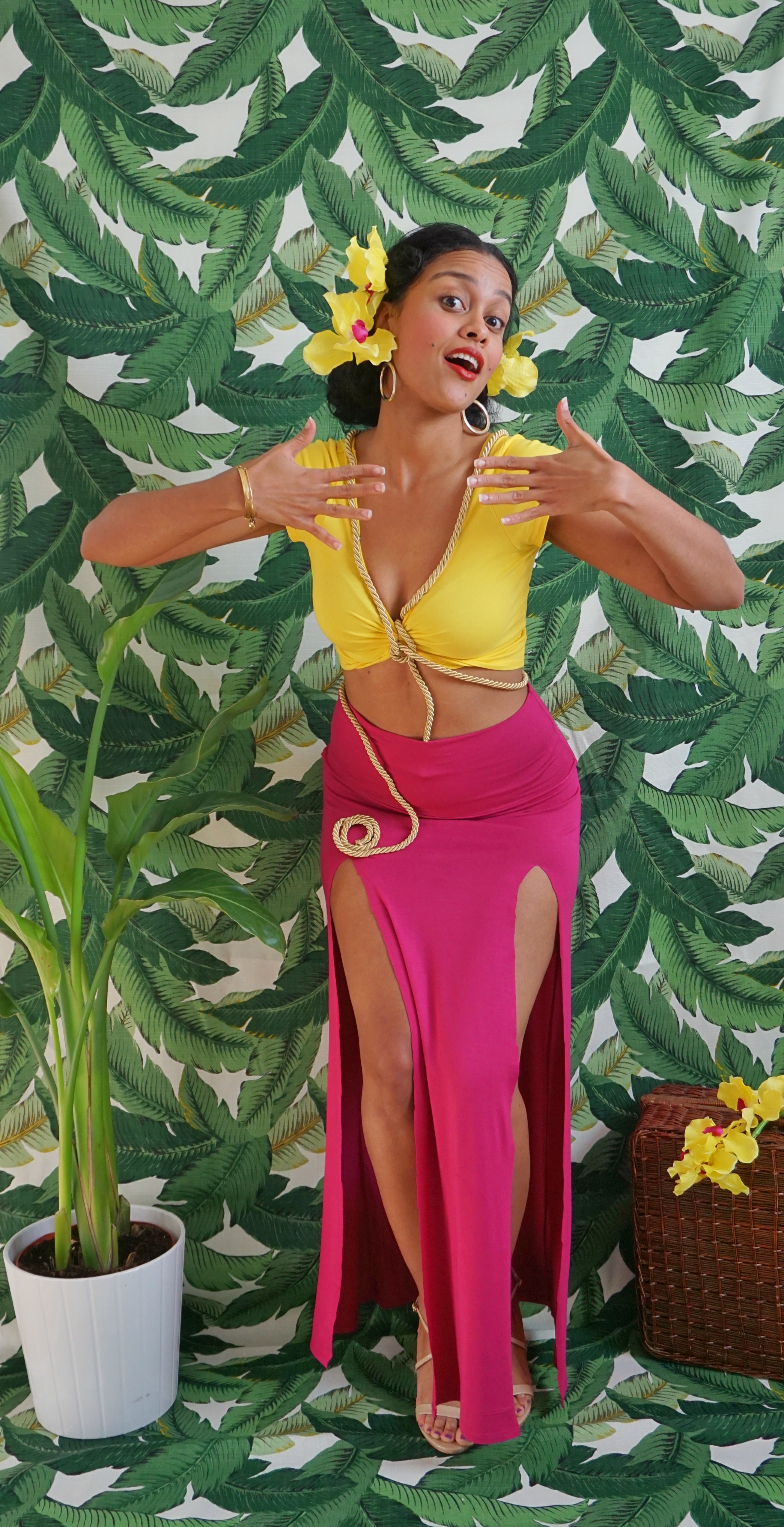 Honestly, I did the Brazilian Boogie and here’s the video to prove it! Have a wonderful and safe time this Halloween!
Krystle DeSantos is an digital  professional by day and a lifestyle & creative blogger by night. She writes about decor, style, vintage and DIY
over on her blog. Follow her on
Instagram
, Pinterest
,
Facebook and
Twitter
.