Already in 2016, peak blackness levels have been achieved. The director for Black Panther was announced. Lupita is owning the silver screen this year alongside David Oyelewo. But Essence takes the cake and may have just won the magazine cover game for 2016
The first tweet came from Netta, this morning at 10 AM. And the internet caught fire

The fact that Essence, a cornerstone in the Black community, has taken the time to properly recognize and lift up one of our modern day freedom fighters cannot be explained succinctly in words.  Elzie has been on the front lines and behind the scenes, dedicating her life to justice for our people (and looking flawless while doing it), since the murder of Mike Brown in August 2014. I know that many of us shed thug tears when we got our first glimpse of this cover, because there is no one that is truly more deserving than Netta. She is the definition of #BlackGirlMagic
Essence didn't stop there, either. They hit us with the trifecta, revealing that the cover featured three exceptional Black women as the #BlackGirlMagic class of 2016 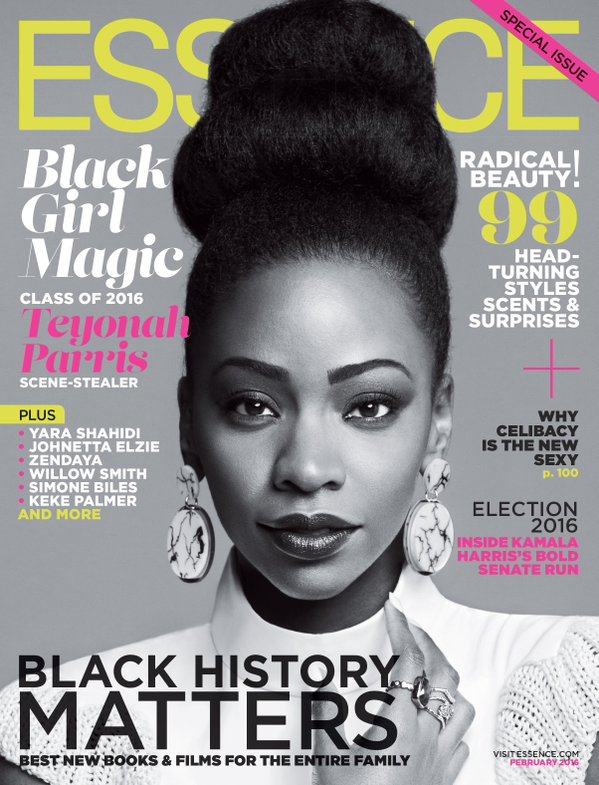 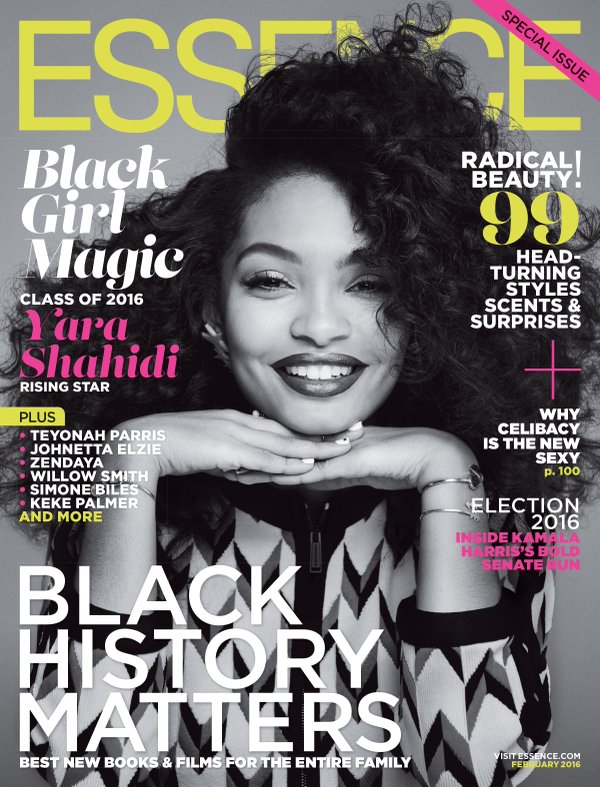 Photo: essence Teyonah Parris, the actress that starred in Spike Lee's Chi-Raq, and Yara Shahidi, everyone's favorite play little sister, aka Zoey on Black-ish, are featured alongside Netta. 16y.o. Shahidi stating that, "Being a part of this reemergence of a movement both pro-diversity and pro-woman is the best part of being a Black girl." It's safe to say Essence got an A+ with this team of unapologetically brilliant, hard working, and beautiful black women that deserve to be celebrated. All three cover stories were written by Bené Viera, a frequent contributor to the magazine

The key to success is picking up a copy of Essence's February issue on January 8th.