"I’ve known these girls since they were 12 and 13 coming to my school. Graduating from college. Grad school. Now our first wedding," she wrote.

Oprah Winfrey shut down a whole department store to ensure one of her former students could go wedding dress shopping in peace.

Winfrey and three alumnae from the Oprah Winfrey Leadership Academy for Girls in South Africa headed to Saks Fifth Avenue in Beverly Hills to prepare for the nuptials. The lucky bride is Glori Rapalalani, according to the Daily Mail.

Winfrey posted a picture from the excursion on her Instagram page.

I’ve known these girls since they were 12 and 13 coming to my school. Graduating from college. Grad school. Now our first wedding. Looking for the perfect dress. #biglifemoment❣️

"I’ve known these girls since they were 12 and 13 coming to my school. Graduating from college. Grad school. Now our first wedding," she wrote.

Rapalalani also posted some footage in her Instagram Story. 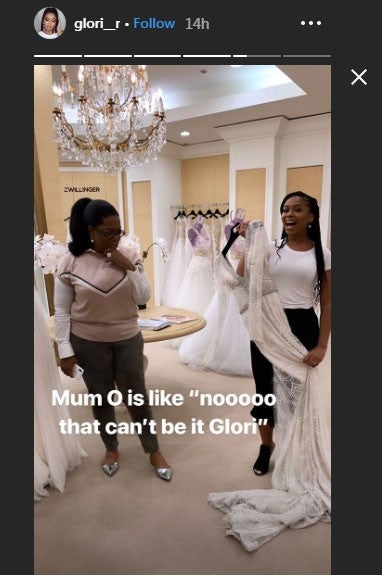 “Mum O like, 'Nooooo, that can't be it, Glori,’” she captioned a picture of herself and Winfrey.

One of the women, Mpumi Nobiva, joked about being single, according to Entertainment Tonight.

Winfrey reportedly shut down the whole store to ensure the group was able to shop uninterrupted. She also took them out for a meal at Spago.

The three women were members of the academy’s inaugural class when it opened in 2007. There were 72 girls in the first class, and all of them went to college on a full scholarship.

Italian Half Marathon Reverses Decision To Ban Africans From Race