A cannabinologist tells Blavity that on the matter of parents being reported to Child Protective Services for smoking weed, it comes down to ignorance and discrimination.

As cannabis becomes legal across the country either medicinally or recreationally, there's a little known issue a lot of people face — or a least for parents, it's the risk of social services taking their children away because of weed. These parents live with the very real fear that at any moment Child Protective Services (CPS) can knock on their door, and this happens in all states regardless of the legality of marijuana.

Blavity spoke with two moms who had social workers show up questioning their parenting because they smoke weed. It's an experience that has left an everlasting impression on their families.

In recent years, there’s been an uptick in "weed moms" as research shows more women opting for weed during pregnancy, breastfeeding and postpartum. These women are usually seeking the healing properties of the plant to stimulate appetite for healthy weight gain, focus, control blood pressure, for their chronic disease management, as a safer alternative for severe pain or seizure control, according to Dr. Ogadinma Obie. While it’s hard for parents to find reputable information about whether they should consume weed, Obie said cannabis is a medicine.

“Seek medical assistance wherever possible,” Obie told Blavity. "Although pure cannabis (that means unmixed with other substances or drugs) has been used over several millennia by all types of people, including pregnant and breastfeeding mothers without significant documented harm, it is still a medicine.”

Obie, a cannabinologist and board-certified emergency medicine physician, said women who medicate with cannabis while pregnant or breastfeeding should limit or stop consuming if possible, but to be mindful of the data that exists.

The American College of Obstetricians and Gynecologists advises medical professionals to test a pregnant person for cannabis and encourage them to quit if they do consume cannabis during pregnancy or breastfeeding.

“I have been unable to find reliable data or evidence that definitively states without a doubt that cannabis causes permanent damaging or fatal outcomes to mommy’s unborn fetus or her child after delivery,” Obie said. “There are frequent references to low birth weights and affecting the brain and nervous system development without bold statements of exactly what that means.”

As for parents being reported to Child Protective Services for smoking weed, Obie says it comes down to ignorance and discrimination.

“When it comes to CPS cases in general, irrespective of marijuana use, Black children are disproportionately overreported, even when maltreatment occurs at equal, often greater rates in white communities,” Obie said. “A number of published articles involve interviews with white parents where they openly discuss their marijuana use as casual, fun and something that makes them better parents yet these same parents do not lose custody of their children nor are they even approached by CPS.”

It’s true. Black people are arrested for marijuana at nearly four times the rate of whites, yet they both consume weed at the same rates, according to the ACLU.

The National Organization for the Reformation of Marijuana Law (NORML) states that Black people were nearly four and a half times more likely than whites to be arrested for a marijuana crime in California in 2019, compared with four times as often in 2018, when weighted for the population. And Hispanics were about twice as likely as whites to be arrested, also up from 2018, NORML told the Chicago Tribune.

Due to the gravity of the subject, Sue R. only felt comfortable revealing her first name and first initial of her last name. The New Jersey mom of three said she had terrible morning sickness when she was pregnant with her youngest child, who is 4 years old, and weed was the only way she could relieve herself from the sickness.

“I had horrible morning sickness,” Sue told Blavity. “It seemed the only way I can keep anything down is if I smoked [weed].” 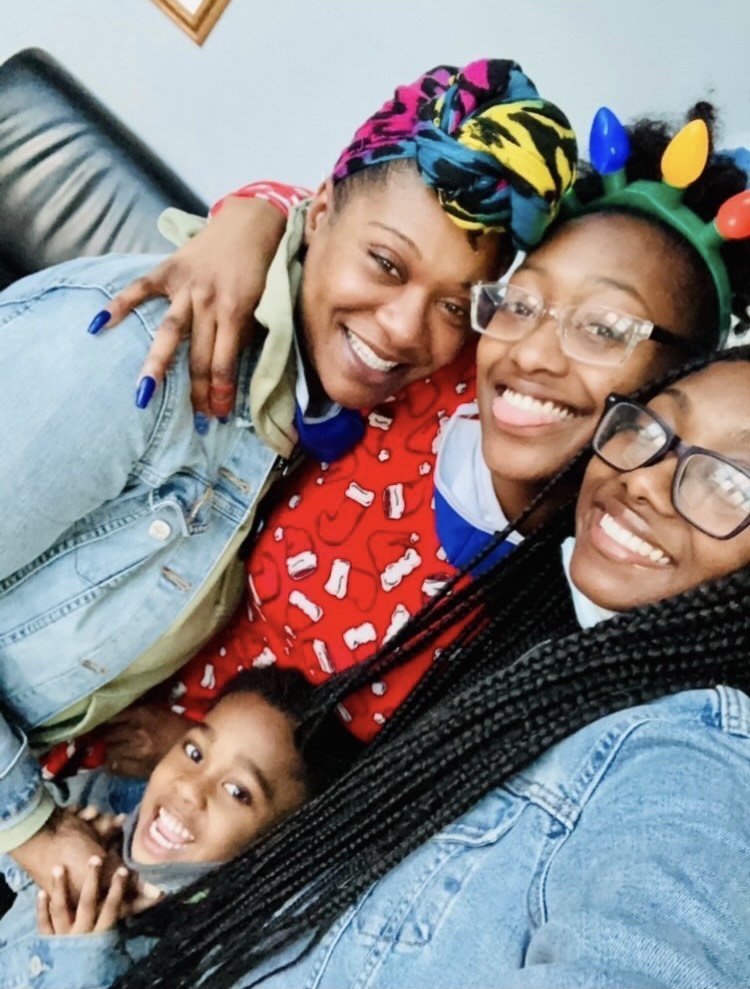 The 41-year-old wants people to know that moms, especially the Black and brown ones, who smoke weed are good parents. She asserts that without weed she would not be able to make it through the strains the pandemic has placed on her as a single mom.

“I know smoking weed did not compromise my ability to parent my children,” she said. “I don’t know how I would make it through this quarantine if I didn’t smoke.”

She recalled over 10 years ago when she had to fight for custody of her oldest two children, currently ages 20 and 22, because their father used her medicating with cannabis against her in court.

Despite them both having smoked weed in the past together, she said she knew he was using her cannabis consumption against her so she couldn’t get custody of their daughters. Her failed drug test resulted in the involvement of the Division of Youth and Family Services. The children ended up staying with a family member because the father went to jail for separate matters. For the next three to four months, she said she had to pay a one-time fine, was ordered to participate in a drug program once every couple of weeks, was subjected to several in-home visits from a social worker and was restricted to unsupervised visits with her children only on the weekends. She said she complied with everything no matter how ludicrous it seemed because she knew compliance was the only way to get her children back.

“I didn’t have lawyer money to fight it or contest it so let me just comply to get my kids back,” she said. “I knew he used it against me because it was the only ammo he had.”

Now, years later, New Jersey has voted to legalize recreational adult-use of marijuana in November, but Sue is still afraid.

“Even though in New Jersey we just legalized I’m still scared,” she said. “It all goes back to the experience that happened with my daughters.”

Victoria Bruce has been a medical marijuana patient for seven years, but it did not stop the Child Youth and Families Department from showing up at her home with the police. The mom of five said a social worker showed up at her home in Hobbs, New Mexico, twice after she was reported for weed. 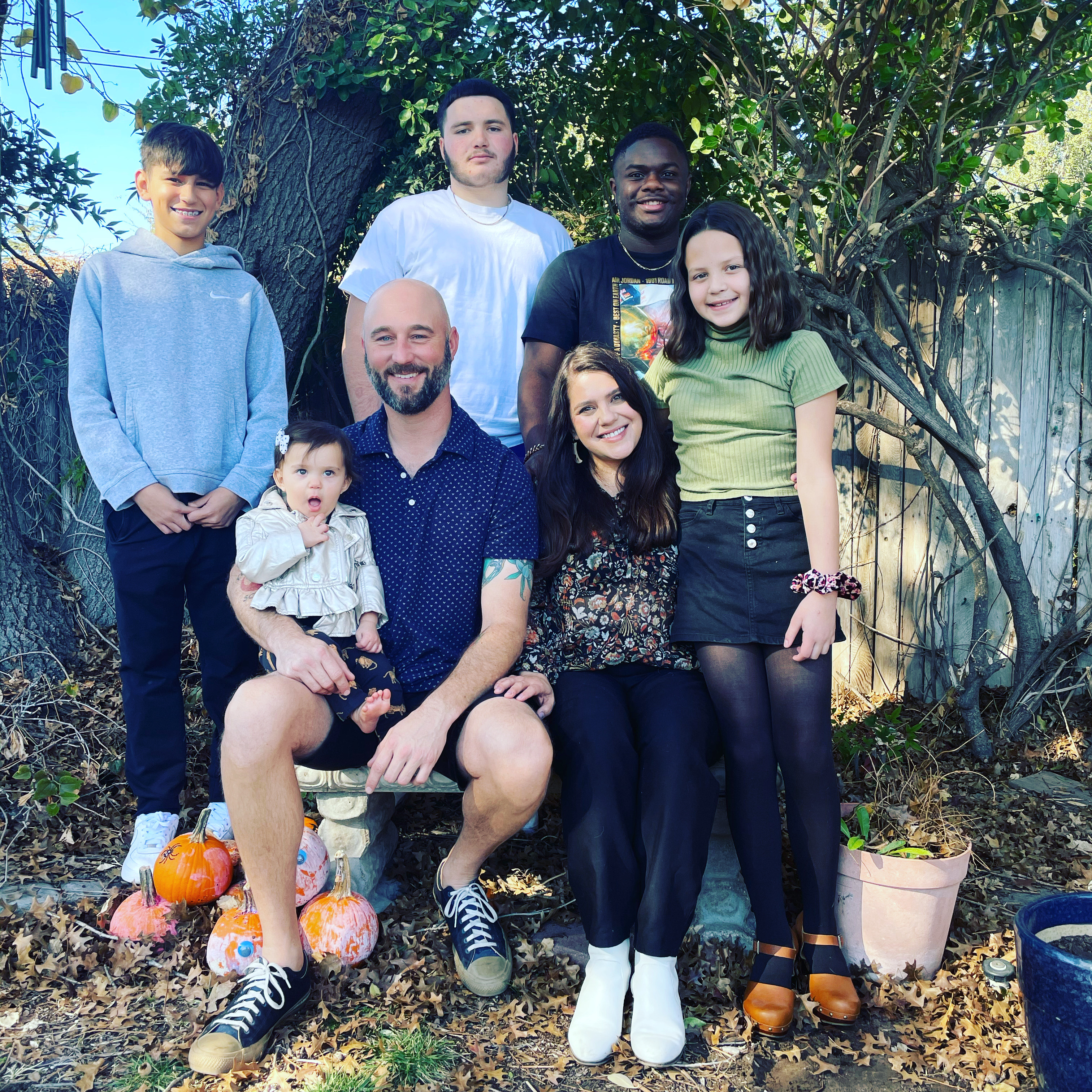 About five years ago, the 35-year-old said a social worker and police officer showed up at her home where she and her husband were growing four cannabis plants in the shed. As a medical marijuana patient, she was well within her rights to grow the plant.

Since 2007, New Mexico has had an established system for medical marijuana patients, which allowed access to up to eight ounces of cannabis and a total of four mature cannabis plants, according to Weedmaps.

The former nurse said she medicates with cannabis because she suffers from depression, anxiety and post-traumatic stress disorder (PTSD).

The social worker asked a lot of questions, instructed Bruce and her husband that they couldn’t smoke around the children, took pictures of the home, and provided little explanation of the process. The social worker also took Bruce's kids out of school and interviewed them without parental permission. One of their kids was drug-screened, the test came back negative. The case was closed after 45 days.

She said her kids had a hard time coping after the ordeal.

“At the time, my youngest children were in elementary school and they were frightened to talk to them,” she said. “Afterwards, we talked to my stepson about being drug screened and we had to explain to them they were safe. My daughter was emotional for a while after the incident. I think she just didn’t feel very secure.”

Then, one and a half years later, another social worker showed up at Bruce's home. While this go-round her kids weren’t interviewed, she said it was still frustrating.

“I was really concerned with making sure it wasn’t going to happen again,” she said.

Despite those past experiences, she said that cannabis helps her to be a better mom.

“I think cannabis just helps me,” she said. “I don’t have to take a Xanax or an antidepressant. I can just take cannabis. It’s very beneficial. I nurse my one-year-old, still. It’s helped me to nurse longer, to be able to have the patience to keep going. It helps me to help the older ones with their homework. It helps our whole family function because I’m happy and a better mother so everything falls into place better.”

Even so, the two separate occasions when a social worker came to her home to question her parenting because of weed has left her shaken.

“We have our own insecurities about not really trusting the system we have in place and not really feeling comfortable with our rights,” Bruce said. “Not even feeling as a cannabis patient that you have the same freedoms and rights as everyone else —  almost as if it’s a scarlet letter.”

After the November election, there are 15 states where cannabis has been legalized recreationally for adult use, according to CNN, with medical marijuana legal in 36 states, Business Insider reported.