Drew Vision, New York native and rising R&B star, recently dropped his latest project, The Balance, for free on Soundcloud. Blavity's Creative Society sat down with Drew to learn more about him and his music
Drew will be performing this year at Essence Music Festival. For those of you in NOLA, catch him on July 2, 2016! 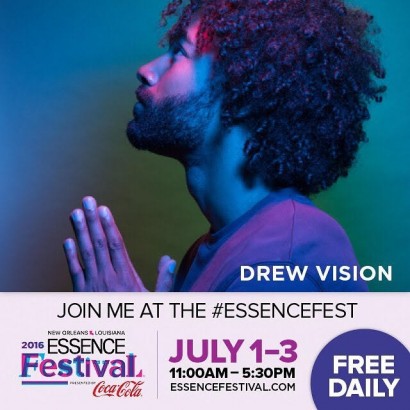 Blavity: Tell us about how you first started singing. How did your upbringing influence your art?

Drew Vision: Since I was 5, my family had pretty much imposed it on me. We grew up in the church, and they felt like if God gave you any gifts, you were going to use it, whether you liked it or not. So, I grew up in performing in front of the congregation from such a young age. After high school when I had to decide what I wanted to pursue in life, I was at a crossroads. Everyone said I was crazy for trying to make something happen in the music industry. I actually considered getting into marine biology, cause I'm really into science. But I just knew that my purpose was music, so I took a leap and went for it

B: How did living in Queens influence your music?

DV: I definitely will say that New York has made me so well-rounded. It's one of the only cities in the world that's a melting pot for everyone on the planet. New York has forced me to be more open-minded. You realize that there's more to the world than the music you listen to and things you like. I think New York diversified me and is definitely why I have so many different sounds.

B: Talk to us about your creative process, how do you go from idea to execution?

DV: The creative process is the only thing that keeps me in the game. Everything else can sometimes be so business related and stressful, but the creative process is where I thrive. I start with beats. There are so many talented producers out there, and when I  hear the sounds and the instruments they choose, I start a vibe from that. Based off how the music makes me feel, I start writing 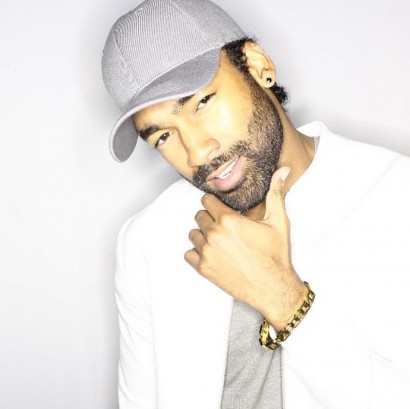 B: Your recent project, The Balance, has a message of accepting oneself fully. Talk to us about the experiences in your life that fueled this project.

DV: From traveling and meeting people I've found that so many people think I'm interesting because I have a wide variety of elements to me that make me who I am. For example, when I was living in Brooklyn, I used to skateboard everywhere. I would ride my board to business meetings and would still be respected as a professional. Things like that are what break barriers in people's minds so they don't put everyone in a box. I think thats where The Balance came from. A lot of the time I would look at my flaws and be upset about them, but in actuality, everything about me, including my flaws, is what makes me who I am, and the moment we accept ourselves, we feel a new level of power. I embraced that there is no such thing as good without bad and that all I have to do is keep the balance


B:  How do you stay inspired and motivated to create music that people can relate to?

DV: I think its so important to have down time. Its easy to get caught up in your work, but you have to just take some time and know that you can't do everything in one day. Once I allowed myself to have some leisure time, I realized that thats where my inspiration comes from. I had to understand the balance between work and play. When I listen to music, be social and have a good time, I find most of my inspiration because those are the things that keep us going when life gets hard

B: What advice do you have for creatives who struggle with believing in themselves and the quality of their work?

DV: It starts within. You can't go anywhere or do anything until you believe in the product that you're selling. For young people especially, the best way to reach their goals is believe in themselves the most and do whatever it takes to make that happen. If you need to go to church and talk to God or do some meditation, or whatever it is, take that time to build yourself