‘Afropresentism: Black Presence in the Diaspora’ is an exaltation of Afrodiasporic identities and cultures. Visually, the project confronts classic Western aristocratic spaces, occupying it with black aesthetics and freedom of presence through art and fashion. It aligns elements from African histories, present, and futures within a post-colonial lense to critique the precarity of blackness in the West. It is an unapologetic affirmation of the hybrid identities that have forged over time and space. 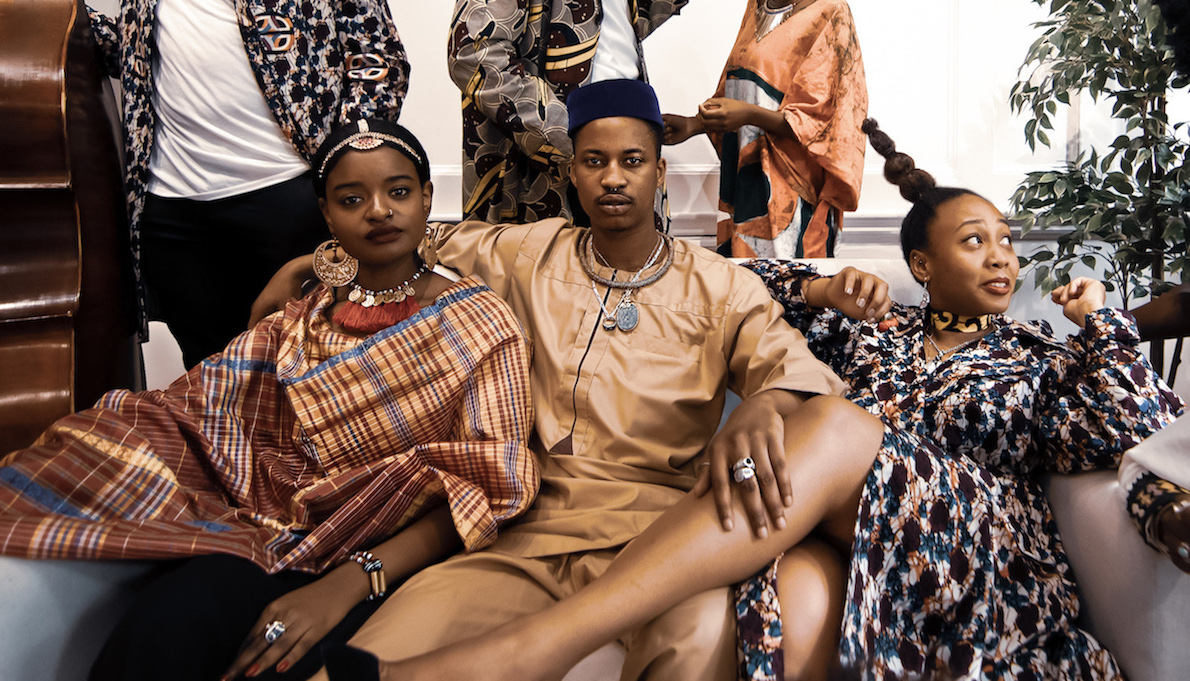 ‘Afropresentism’ as an ideology is an emerging concept borrowed from Neema Githere, a student in African Studies at Yale University who is spearheading research on Afrodiasporic culture in the digital age. She coins the term as “a digital genre fusing archival, fine art, documentary practices on and through new media, in the expression of an Afrofuturist lived reality.”

Drawing on this framework, the staged celebration is located in London’s Soho district, originally a fashionable district for the elite, and now a major entertainment melting pot in the capital. The styling showcases cross-culturalism, using costume and props that nod to Afrodiasporic festivities. Taking inspiration from several traditions, movements, artworks, ideologies and aesthetics, the visuals share a commonality of unapologetic multiculturalism and celebration. These include quintessentially European motifs juxtaposed against elements of afrofuturism, black dandyism, carnival culture, the works of artist Yinka Shonibare, Ghanaian Highlife, black renaissance, the Brazilian Baianas de Acaraje, and more. It also pays homage to icons of African photography such as Malick Sidibe and Seydou Keita, whose pioneering works captured black joy and consciousness. 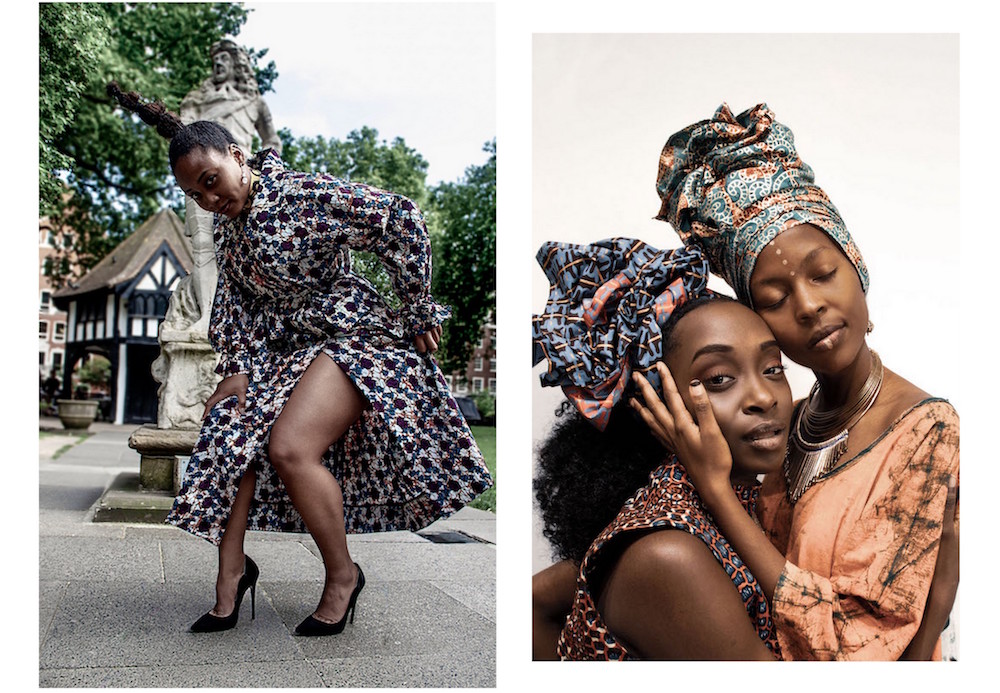 The African Diaspora has been alienated by a lack of representation and blatant misrepresentation in Western visual culture. In an age where protectionist politics have also attempted to erase the layered identities of ethnic minorities, this series mocks the failure to acknowledge not only the presence of the Diaspora but their contributions which have outshone expectation. In this spirit, it plays with Western conceptions of ‘sophistication’ while showcasing a renaissance built on black joy. It serves as a triggering statement that the Diaspora will be present on equal footing and will celebrate themselves regardless.

The rise of nationalism has come at the cost of black lives around the world. In light of the ongoing Windrush scandal in the UK which has involved wrongful deportations of Black British immigrants, Afropresentism: Black presence in the diaspora overtly challenges a system that does not accommodate cross-culturalism. In the United States, anti-immigrant rhetoric and institutional racism has fractured race relations, while Afro-Brazilians remain severely marginalized despite making up over 50 percent of the population. This series gives recognition to the validity of embodying hybrid identities. 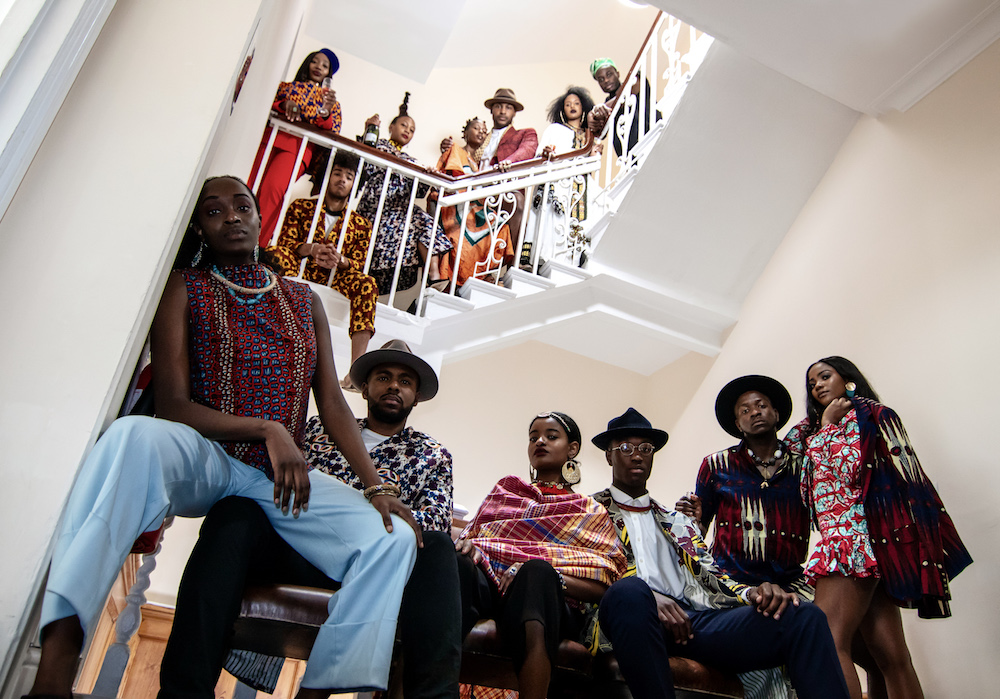 The project also uses an accommodative conception of pan-Africanism which does not homogenize or erase individualities. By featuring models and attires from Africa and its diaspora, it celebrates ALL lived-experiences while reversing attempts at separating ties across continents in the Caribbean, United States, Europe, Africa, and beyond.

Ultimately, the series advocates black carefreeness worldwide, to continue the momentum of reclaiming space and depicting our power image within the present. 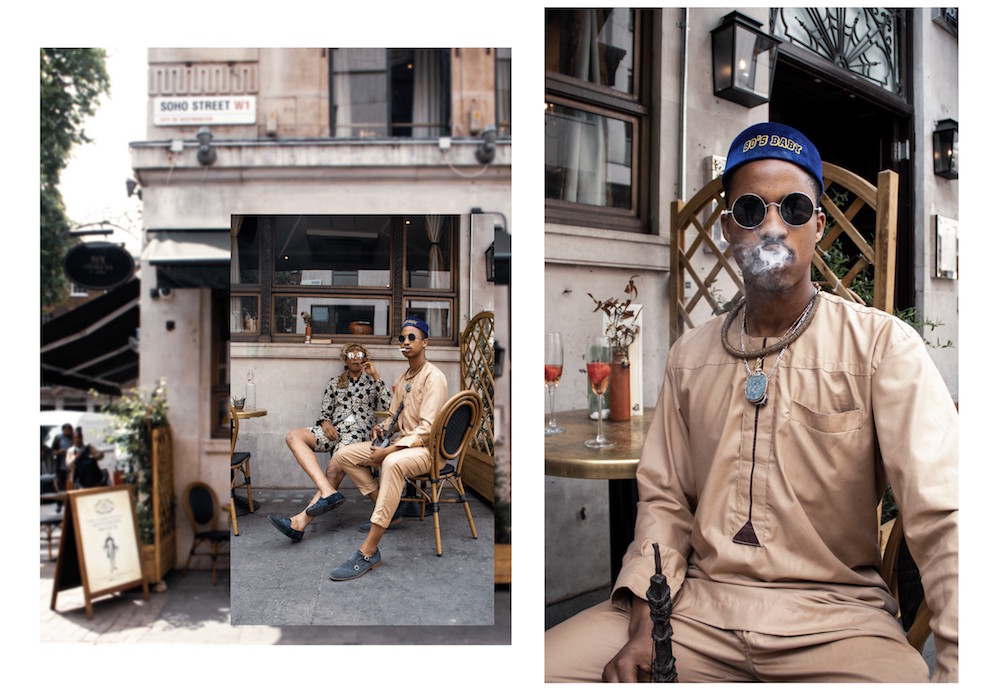 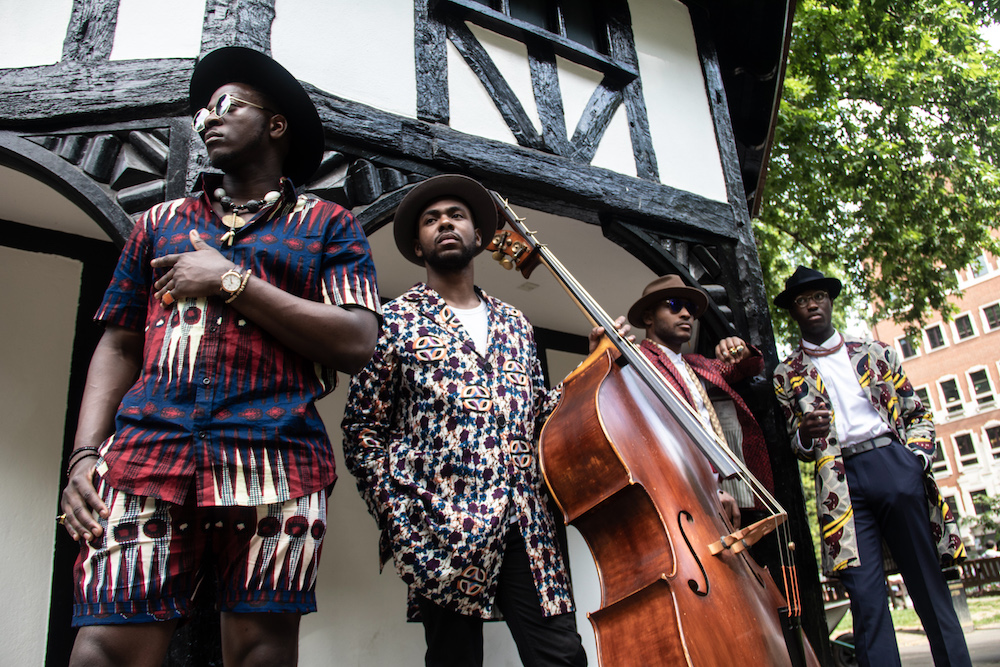 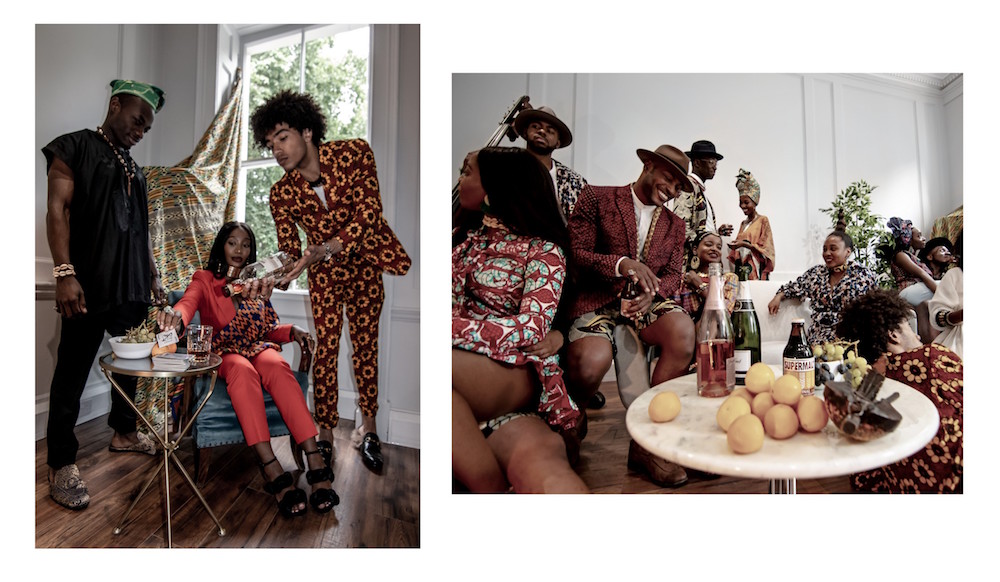 Tobi Onabolu (b. 1993) is a British-Nigerian creative who takes particular interest in African cultures, in relation to fashion, music, and art. He currently lives in London where he pursues an MA in African Studies at SOAS University of London.

Ethel-Ruth Tawe (b. 1994) is a Cameroonian self-taught multidisciplinary artist with a keen interest in alternate realities, identity, nomadic and diasporic cultures. She currently lives between the Netherlands and the UK where she pursues an MSc in Development Studies at SOAS University of London, with a particular interest in African Studies.

Morenikeji Ayo-Joseph (b. 1995) is a Nigerian-born creative specialising in fashion. She currently lives between Lagos and London where she pursues an MSc in Migration, Mobility, and Development at SOAS University of London, with a keen interest in the African diaspora.