Photo: fusion Crowe told Fusion she began braiding at a young age and was inspired by watching her family members braid people's hair. She practiced and perfected her craft, and when she began wanting designs that her aunt could not replicate, she started doing her own braids. Before she knew it, her hairstyles were attracting a clientele, as well as the confidence to make braiding her passion 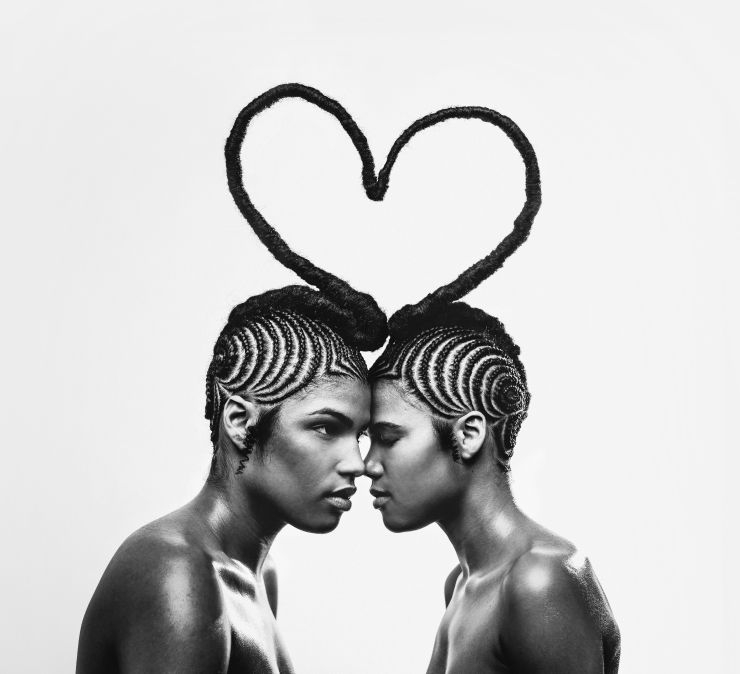 Photo: fusion In her interview, Crowe also discusses how braids have integrated into pop culture and why that has pushed her to want to preserve braids' traditional sacredness
"Because [braids] are coming out in pop culture and being exploited as a trend in the fashion scene, I think it’s important for me to honor them, before there’s a time when people don’t even remember them as a traditional black art. Plenty of cultures do their own braid styling, but African braiding has its own very long chapter in the history of braiding." 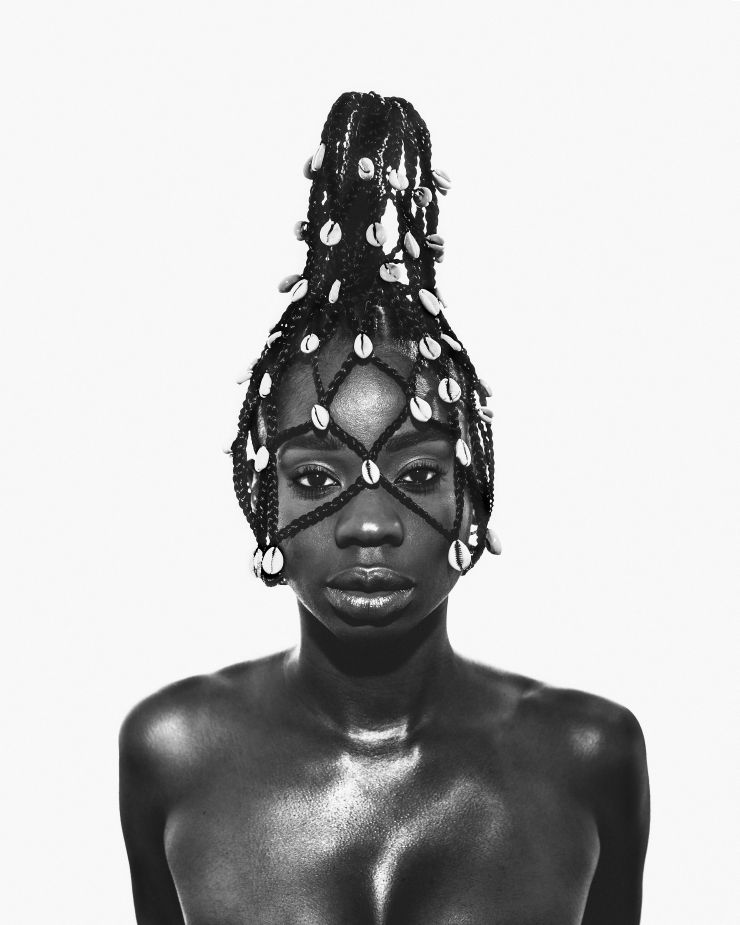 Photo: fusion There is also a regal aspect to braiding women's hair that Crowe says she attempts to capture every time she braids. For her show, she handpicked the models, braided their hair, took the photos herself and edited them. Some of the styles took longer than others to complete but she feels the work was well worth the effort
I always want it to be different, but I also want to show black people for the gods that they are. Not that just black people are gods, but I think everyone has a divine spark in them. I think that [divine spark is] not anywhere outside of yourself. Everyone has to start with the divine within and I really want to capture that with the braids that I do." 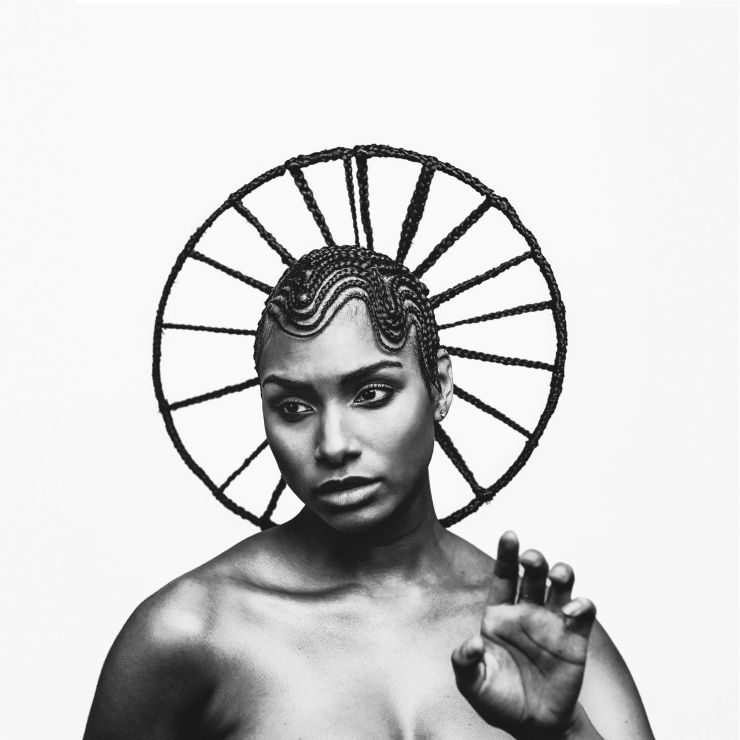 Photo: fusion The shells that reappear in her model's hair are called Cowrie Shells. Crowe explains that they were once used as a form of currency and she uses them to embellish her braids because she believes they help to signify her creation of a value system out of her braids
"Money is valuable just because we believe in it; it really has no value outside of the paper and cotton fiber and ink that’s on top of it. So, this is just a way to declare my own value." 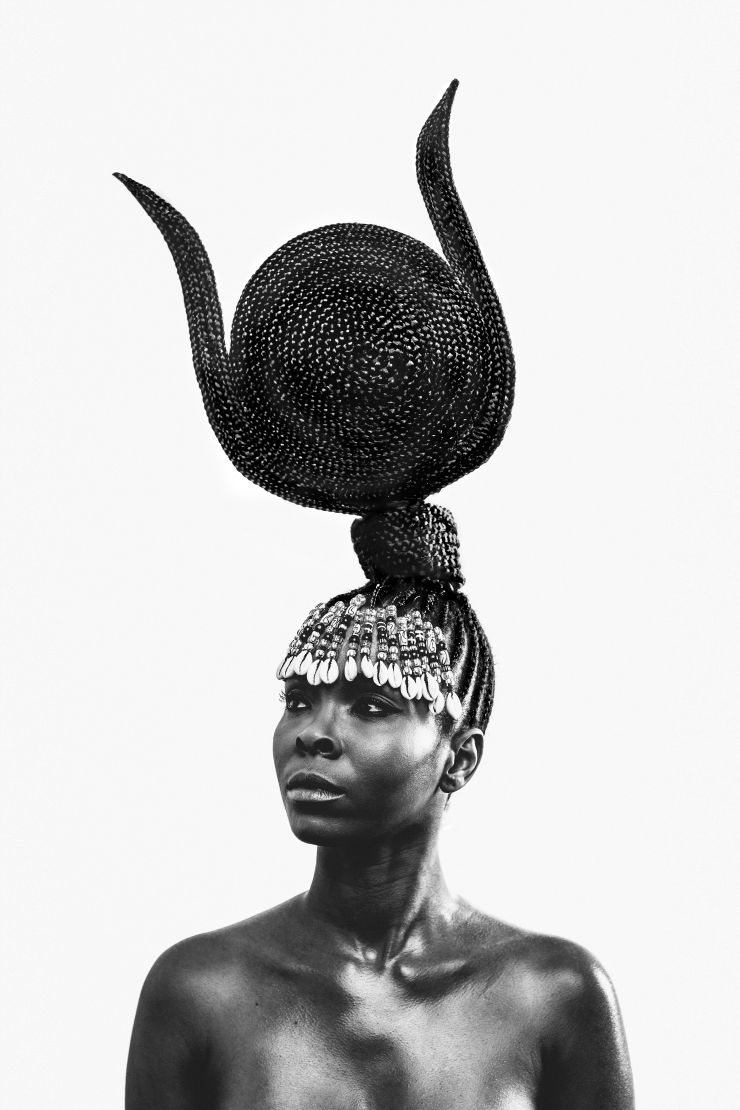 Photo: fusion On Crowe's Instagram page her bio section says "LEVELS LIKE NEVER BEFORE" and she is definitely living up to that phrase

LEVELS LIKE NEVER BEFORE! sitting under "The Breadth We All Share" having a lupita moment, as I realized my dreams were valid, and watched them come true. You can too! #BRAIDSbySHANICROWE #maythebraidsbewithyou

On Saturday, May 21st, we’re hosting our inaugural conference about how creativity and technology are changing our daily lives, from our hobbies to our work. Will you be joining us? Tickets here.

READ NEXT: Is your hair your crown of glory?