Skai Jackson may be a young woman but she's a multifaceted actress, subject of a timeless meme and now, author.

The 17-year-old Staten Island native recently sat down with Blavity to talk about her career trajectory, colorism and being memed for our Regarding series.

Jackson started her career at just nine months old by appearing in commercials. At 9 years old, she made the move to Los Angeles, spearheading her Disney career, starring in Jessie and Bunk'd. After her time with the major entertainment network, like nothing less than a boss, she decided to take her career in a different direction by hiring new management. It worked out when she filmed a Fox pilot. Although the show wasn't picked up, it served as valuable experience and broadened her expertise.

RELATED: Skai Jackson’s Mama Is Ready To Cash Bhad Bhabie’s Mama Outside: ‘We Have More Than Disney Money Over Here’

As one may tell from her social media output, she doesn't shy away from tough conversations. Even as an accomplished actress and internet darling, Skai still encounters not so subtle colorism when auditioning for roles.

"Certain casting directors, or just people in general, won't physically say it but they have a certain look they're looking for and maybe a brown skinned girl might not be it," Jackson told Blavity as part of our latest Regarding video series (video below). "It can be a little disappointing when there are movies and books written about these dark-skinned girls but they're casting lighter-skinned girls for the rolls."

But don't think that Jackson's hating, she's happy for any sister who's booked and busy. But seeing more brown skin on the silver screen would be nice.

"I hope in 2020 and the years coming that casting directors and different productions in general just won't look for that typical look and really step out of their box," Jackson said.

Check out this new trailer for Dragons Rescue Riders - a new show for the young Dragons fans in your family! Dak and Leyla, along with their dragon friends, embark on exciting rescue missions in #DragonsRescueRiders - coming to @Netflix September 27! pic.twitter.com/JsKvgf7Vx5— DreamWorks Animation (@Dreamworks) September 12, 2019

She's also won her place as internet legend, being used as a widely popular "petty" meme. The picture itself was pretty ordinary -- until Twitter got a hold of it, of course. 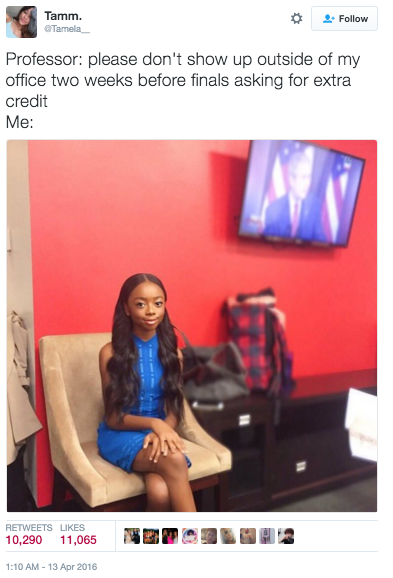 "I was going on a morning show in New York and it was really early and I think my mom took the picture, and I just tweeted it out letting people know I was going to be on the morning show," Jackson remembered. "People took it into their own hands and created a meme. I personally thought it was really funny."

Jackson is serious about using her celebrity to speak out for causes she believes in.

"Online bullying has always been something I've been passionate about talking about," Skai said.

Her new book, Reach for the Skai: How to Inspire, Empower, and Clapback serves to not only tell her story but to also provide a sense of support for young women everywhere.

"Here's kind of a guide of what I've been through and maybe we can kind of relate to each in a sense."